Hello everyone! It's been somewhat of a while since I posted, hehe. I just was waiting until a few items arrived so I could make this sentimental post of mine. =P

You see, I finally managed to get my original first Gen Blue team in Tomy form! I tell ya, getting some of them at reasonable prices was not really easy. 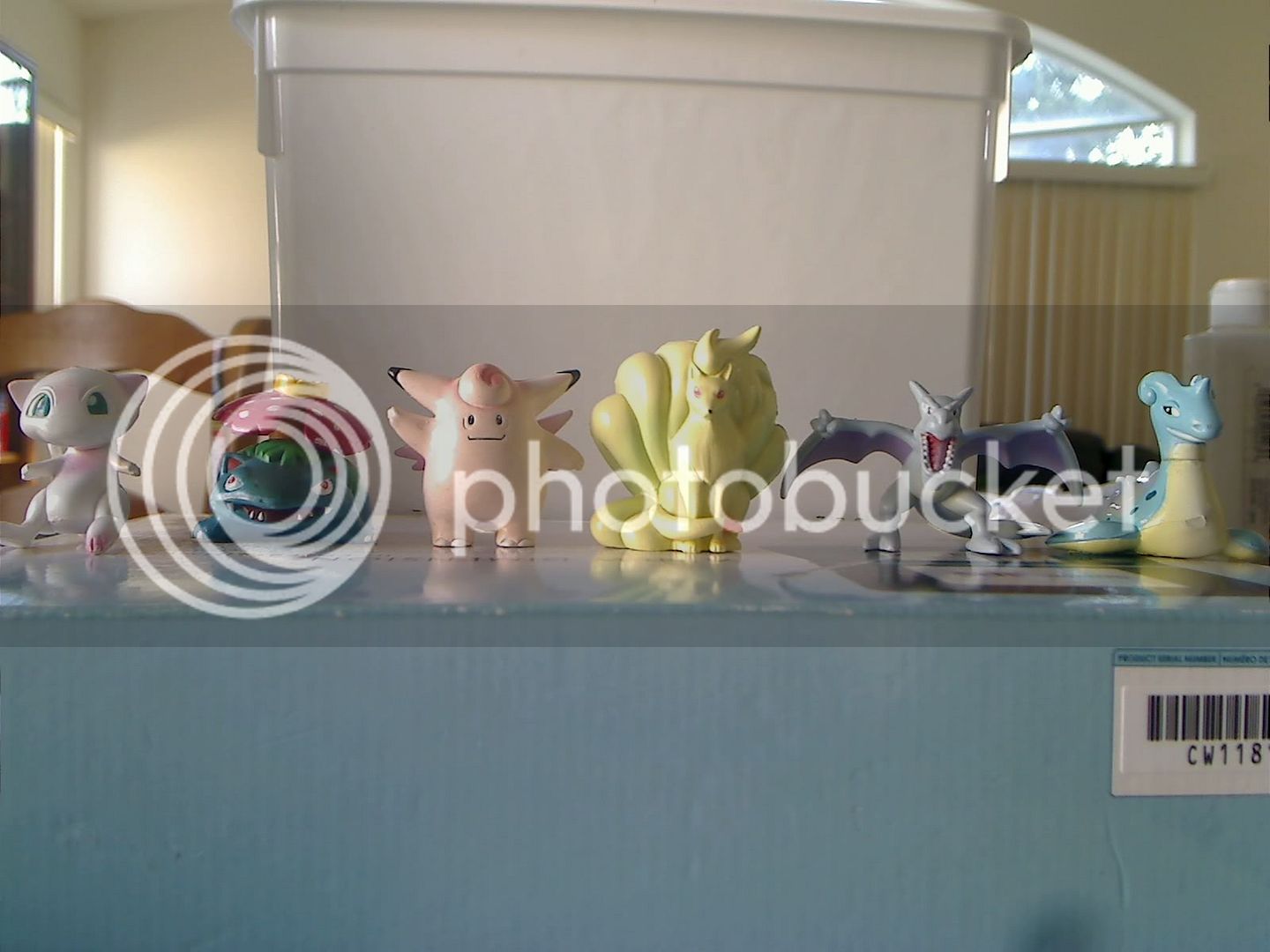 I also have a little story to tell about this thing here! =D

But first, my original Blue team. Mew, Leafcutter the Venusaur, Fay the Clefable, Firefox (lol) the Ninetales, Rockflyer the Aerodactyl, and Prima the Lapras. I couldn't name Mew and you'll discover why soon.

I gotta tell you, it's really nice seeing a team you used to have in merch form. =P

And just for fun, I managed to get my brother's original Red team in Tomy form as well. XD

Mewtwo, Blastoise, Wigglytuff, Vileplume, Zapdos, and Articuno. Yeah, it's somewhat parallels my team, but he had three legendaries on his team...lol.

And I can't forget the first Gen duckies! =D

Heehee. Lol, there's Mewtwo sneaking in the photo there! XD

Ah yes, about why couldn't I nickname my Mew. Well, for one thing, I didn't get it by trading with someone who had it or even cheat to get it. Or a combination of those methods. It was actually a legit event Mew!

You see, back in 1999, when Mew was still not very known, they were holding events to give away lots of Mews to anyone who went to the event locations. I went to a mall (that was kinda far away), but it was so worth it to get my own Mew. But, not only did I get a legit Mew in my Blue version...

I got this certificate to prove I actually got Mew! It's still in nice condition (with some slight wear) but it's still as lovely as ever. Sad part is this is actually my brother's certificate (I have no idea where mine went). Buuuuuut, he doesn't mind that I keep it, lol. And thanks to the event, slowly, but surely, Mew became my most favorite Pokemon ever. <3

Ah, and in other news, I just got sales permission! =D
Expect a sales post tomorrow. <3

And that's it! Thanks for looking! =3