Gotta Catch 'Em All And So On

I'm a bad person... After years of being loyal to just one Pokemon I've *gasp* started a side collection. OH THE SHAME.

I think it was inevitable in a way- with so many amaze Pokemons out there I think it's hard to stay loyal to just one. Monogamy is too cruel a rule.

But just who was it who led me astray?... 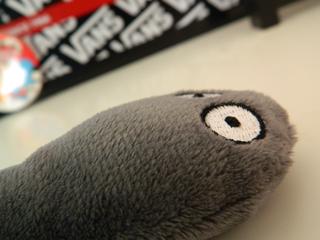 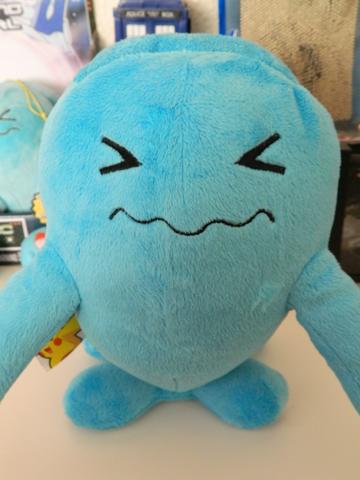 This Wobber is my personal favourite. Doesn't he just look like he's trying to hug you though the computer screen? :D He was a present given to me for my birthday a couple of weeks ago and he talks and everyfink! He's really cuddly despite having a big olde battery pack inside him, though he's so squishy he tends to fall over all the time... 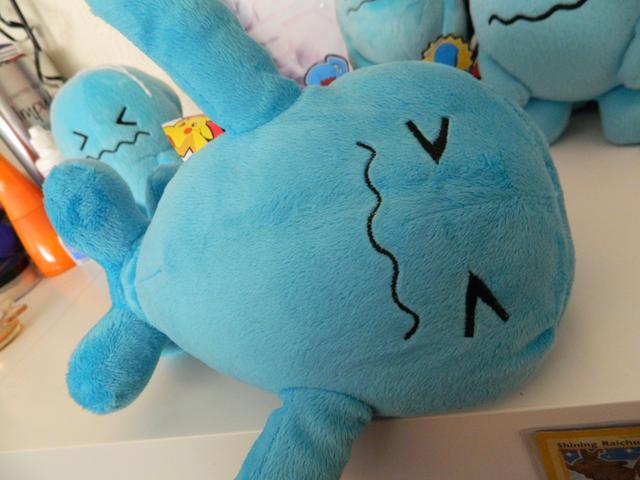 Y U NO STAND UP PROPERLY??
Anyways, it all started innocently enough- I'll just get myself a plush... maybe a figure or two... I'm sure you all know the drill.
It's only been a couple of weeks since I started officially collecting and already the Wobbers are building an army. 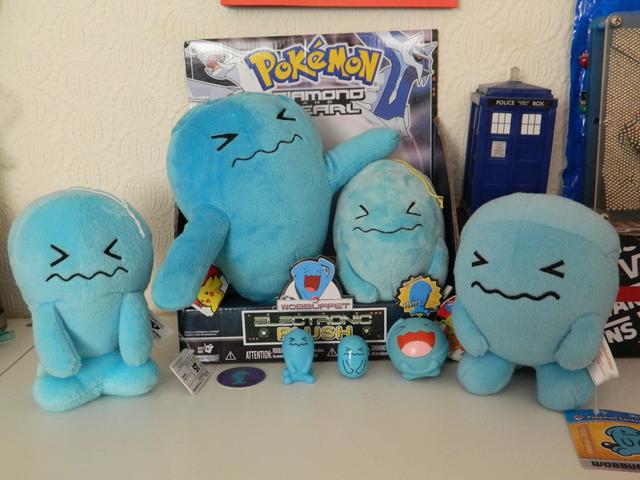 I wonder how long it'll be before they overtake the Raichus... 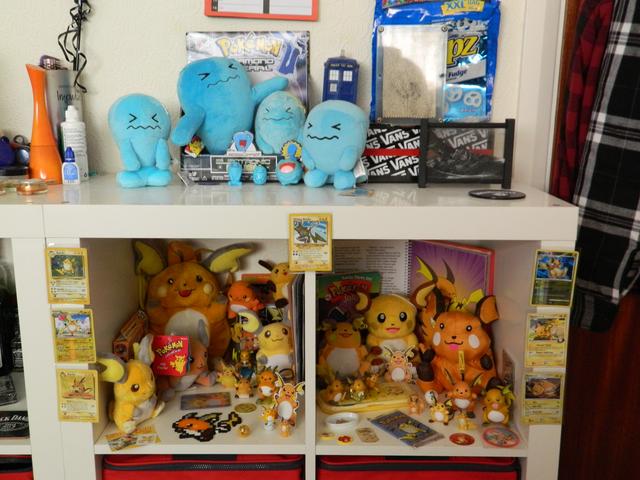 I have some questions too if you'll indulge me. I haven't got round to making a wants list yet as I'm sure it'd be hella long, so for now there are just a couple of items I'd like to get my hands on.

I'm pretty keen on the Mega Bloks and would like to get these of Raichu and Wobbuffet. 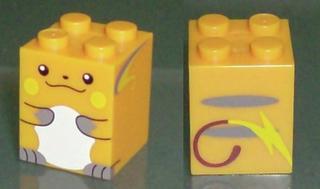 (Pictures taken from Google- let me know if they're yours and you don't want 'em up).

Are the Bloks pretty easy to come by, or not so much?

I've also got a bit of a jones for the Might Beanz. I already have one Wobbuffet bean but I know there are more around: 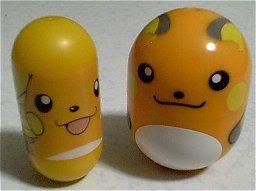 I actually almost got my mitts on the long thin Raichu and Wobbuffet beans in an auction a couple of weeks ago but my internet bloody died right when I was about to bid. Boy was I peeved...

But yeah, are the beans particularly rare or would I be able to get my mitts on them pretty easily?