sad is happy for deep people (

Hello there, and welcome to theworld of Pokemon Time! My name's Rocket_Chick, but people call me the pokemon proff--.....uhhhh, I mean.....what's up?  Allow me to introdue myself, I am....a Pokemon Time collector. We are something of a rare breed, being people's who collect a merchendise line rather than a pokemon line. So sadly, while I do lurk, I spend much of the year simply biding my time, watching, waiting, squirreling away my money for that one month...that one time...

So now it's that one time, the one time of year when I come out of my little hibernation and get awfully excited - Pokemon Time! Did you know this is Pokemon Time's 5th year? To "celebrate" it's sucess, I thought I might do a quick little "retrospective", and introduce some of you to some of the older PT merch that you might not know about - and perhaps a few other little tidbits, too!
Rather image heavy, so be careful! 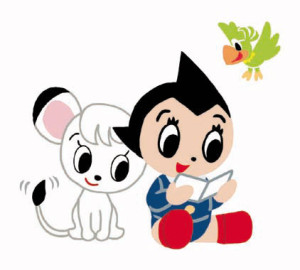 First thing's first - did you know who designs Pokemon Time? Rather like this year's "pokemomo" promotion, Pokemon Time is designed outside of the pokemon company, by a design company called Play Set Products. They're quite popular in Japan, and as well as creating their own characters and cartoons, have done designs for quite a number of different franchises, some you may have even heard of - Marvel, Looney Toons, Hello Kitty, as well as Osamu Tezuka's characters!

So, Pokemon Time.
The 2008 promotion was the very first promotion for Pokémon Time. As it was in time for the 10th anniversary of the first Pokémon games release (in Japan) it features only Kanto pokémon, with a primary focus on the stater Pokémon - Bulbasaur, Charmander and Squirtle --although some other pokemon got a peek in through notebooks and clearfiles.

Sadly, I was not a member of PKMNcollectors at that time, and so missed the promo :/
I've managed to pick up quite a bit though! But haven't seen some of these items for sale ever, and are approaching grail status for me.

It was in this promo that the largely sought-after "chompy plush" were released, keychain plush smaller than even pokedolls, with an addictive "om-nom-nom" action. At 5 years old and super-adorable, you can understand why they are hard to get a hold of now!

The second promotion for Pokémon Time introduced Johoto pokemon into the line mixed with some kanto-mons, including the ever popular EEVEE, and it's most loved evolution duo, Espeon and Umbreon.
Also, Vulpix! VULPIX OH MAI GAWSH quite probably my favourite PT design.
And yea some other dudes. Geodudes.
We got some new items in this promo, most notably the first large batch of charm straps, bags and T-shirts!

I got lucky and got myself the eevee shirt, but many of the shirts from this year are grail worthy for me, particularly these two: 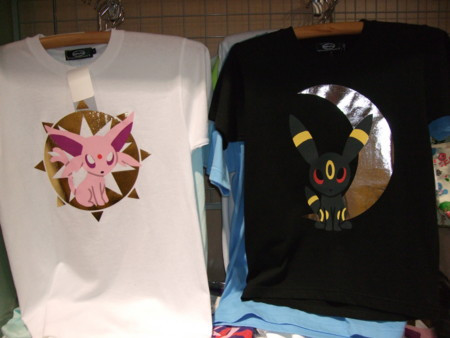 LOOKIT DAT. So purdy.
The reason I am swooning so much over this particular promotion, is beacuse it was the first PT promotion I ever saw on this community, and it is the promotion that hooked me on PokeTime. Tortoises brought back some bits and pices from her trip to Japan, which I snatched up - and fell completely in love.

2010! The year I got hardcore! Or tried to!
The lines of merchandise and pokémon were expanded again, with another 10 Kanto and Johto Pokémon joining the line up - including Pikachu's final debut into the promotion. This promotion also introduced some unusual new items, with a ceramic Slowpoke piggy-bank and a tumbler-mug with interchangeable art made available.

If you do not love the slowbank, then there is something wrong with you.


This is also the year the designer plush were released! Words cannot describe how truly amazing these things are.
They were designed specifically with adult collectors in mind, and were displayed behind glass in the PokeCenter - you even had to put on gloves to handle them!

The fourth pokemon in this series was Teddiursa, but sadly I do not own one :( One day!

Behold the arrival of the Honnen pokemon! Swablu! Tiny blue bird of happiness!
The 2011 Promotion saw the first addition of pokemon from the Honenn region - 11 in all! The  first haf of the promotion featured teh standard PokeTime merch - straps, clearfiles and stationery. It also brought us those wonderful pillow plush, and in october (the second half of the promotion) released some pretty nifty looking earphones, and computer accesories :)

HOT SKITTY ON WAILORD ACTION. AGAIN.
Wailord pillow is probably the most easily recognized and well know item from this or any other pokemon time promotion!

arrrgh no pictures
2012! It's all Kanto-y again! And there are PATTERNS again! Only two days to go!
OHMAIGAWSH.

Are you guys excited? I am excited! And then in October, there will be more smart phone accessories and...
......

PLUSH!
Yes, plush! Although no word on who or what type, yet!
Are you excited? I am exctied!
EXCITMENT.
SO MUCH.


Thanks for taking my rambling little journey!
I also have a website, with more images....which, I am sad to say, is woefully outdated and needs to updated with more images! Hopefully after this years PokeTime I will be able to get everythign sorted and make this a much better resource for the community :) 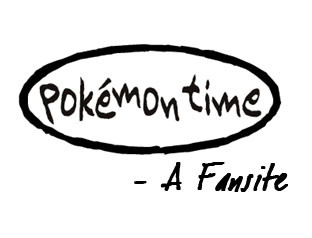