An update and HUGE Sales

I know that for a lot of people, they prefer collecting things that are mostly 3D. However, there are a few types of very collectible flats that I see that are just as worthy of collecting as much as anything else, Amada stickers being of them!

As a preview, here are some that I just got in from 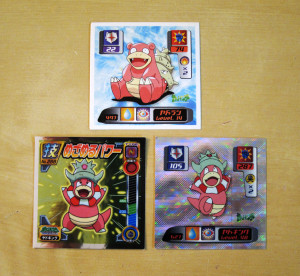 I have a long history with these stickers (as would any first gen collector) and over the past 3 years of collecting, have been surprised by the many variants of the ones I already had, as well as discovering ones from sets I hadn't seen before. I purchased them from many peoples' sales, slowly accumulating them, each very special in its' own way with its' unique qualities. I think that what makes them so appealing to me to this day is that even after hunting down most of the Slowpoke merchandise out there, I'm still able to find new Amadas that I don't already own in poses I'd never seen before. So, it is still a mystery how many still remain that I have yet to see and own, which would probably be why I'm so intrigued by the idea of them.

( my stickers, let me show you them!Collapse )

The second half of this post is about my new sales! I've added a bunch of new stock, lowered prices, and re-photographed everything so it's nice and fresh - everything is below the cut. ^_^
There are a LOT of cheap flats and figures but please be aware that anything that's not a flat will cost a bit to ship as I am from Canada. 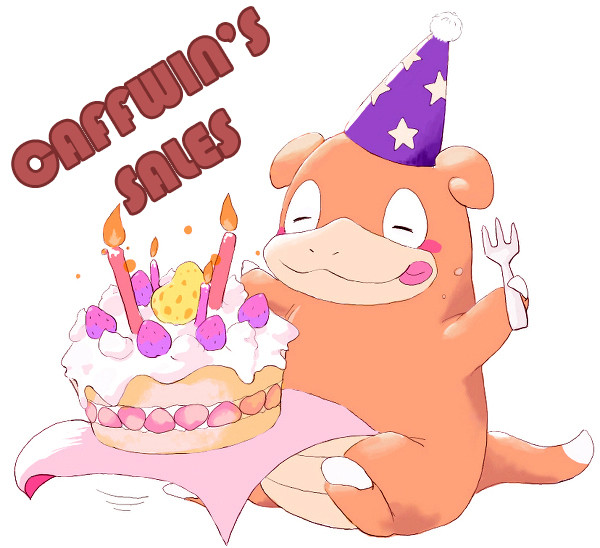 ( HUGE sales under the cut!Collapse )