When I started my collection in mid July, I was browsing around and happened upon someone's pracoro dice! I looked around more, and I found that there was a Kabutops one for sale on Y!J. I wasn't familiar yet nor willing to invest in a deputy service due to fears of excessive fees, but I finally gave in a couple weeks ago, got on SMJ, and now, I have this! 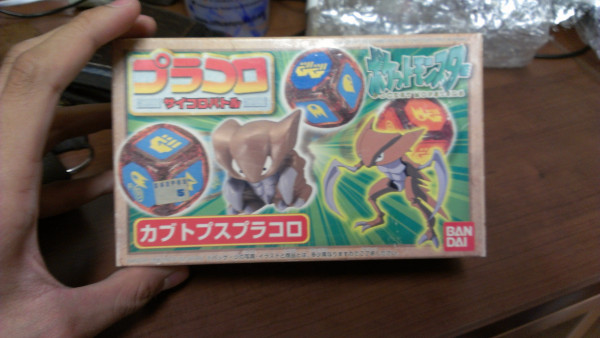 I've got the unboxing pictures, assembly of the dice, and my interpretation of how to play (since I can't read Japanese haha) under the cut!

Aaannywho haha so! Here's some views of the box: 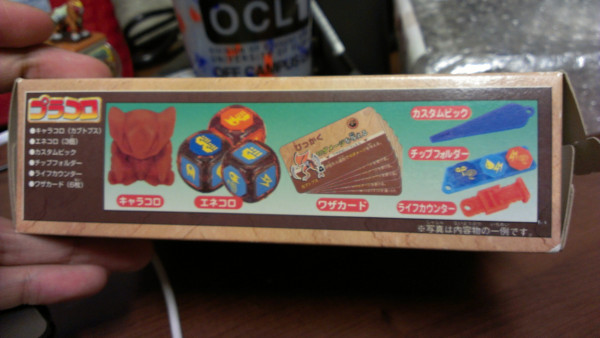 Bottom, showing the other pokemon in this line of dice? 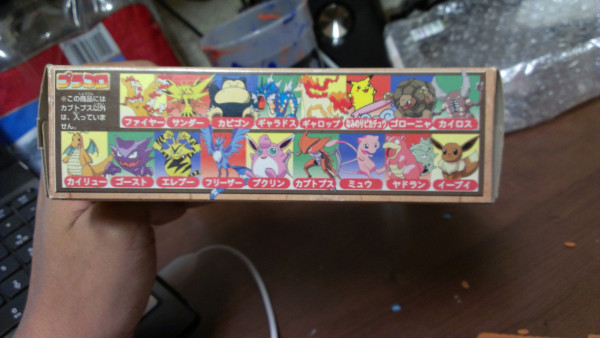 And the back! By the way, if there's anyone who would be willing to translate this for me, let me know! I'd love to know what everything says :D 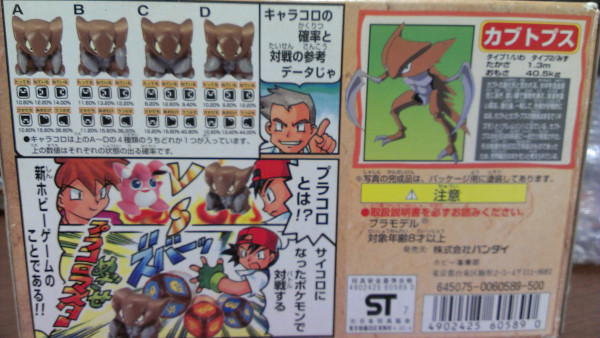 Here's a closer shot of the 4 different Kabutops dice:

There's percentages on there, which I'm assuming is the percent that the die will land a certain way?

Anywho, so I opened the box, and immediately, this little guy falls out! 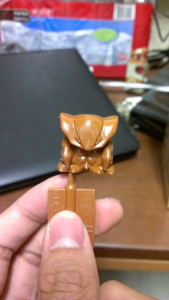 He's awesome! :D I checked him against the 4 on the back, and he looks like Kabutops A ^_^ 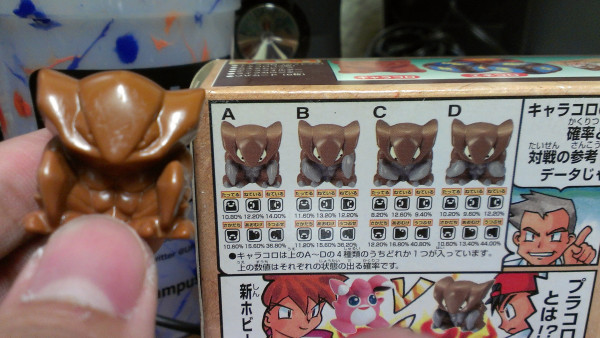 Here's everything that came inside the box: The top left has some comic featuring Ash, Jesse, and Professor Oak, while the back of it has assembly (and probably how to play) instructions for the dice ^_^ 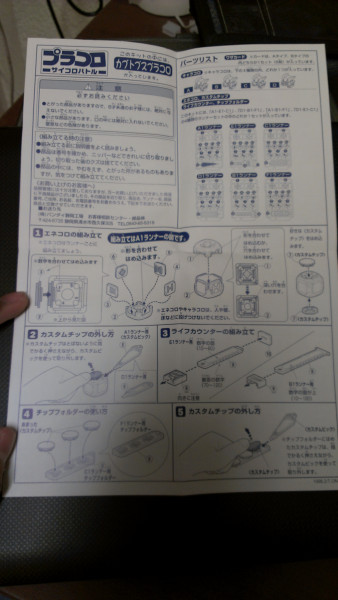 Next to it are what I think are attack cards? There are six of them; I just didn't realize that they were folded over until after I took the picture. 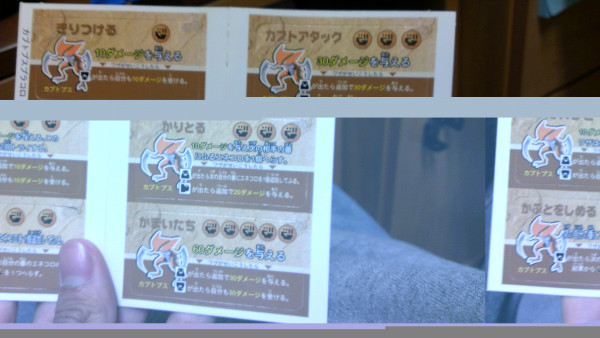 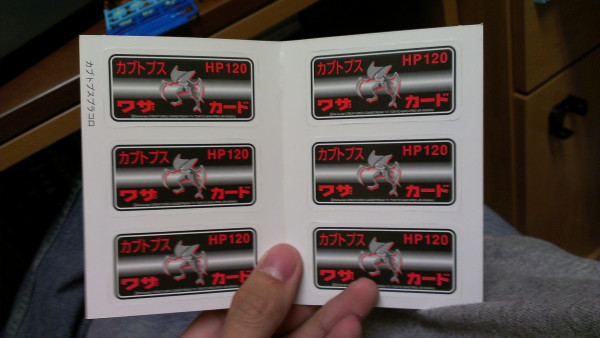 The dark blue, orange, and light blue assembly sheets have the two dice halves on top (meaning you get 3 dice total), 4 square basic "power symbols", and 3 hexagonal "Pick it yourself" symbols. The dark blue has a piece that allows you to remove the hexagonal symbols after you put it into your die. The orange one has a piece that is a counter of some kind (maybe health?), while the light blue sheet has a holder for the hexagonal symbols that aren't being used in your die. 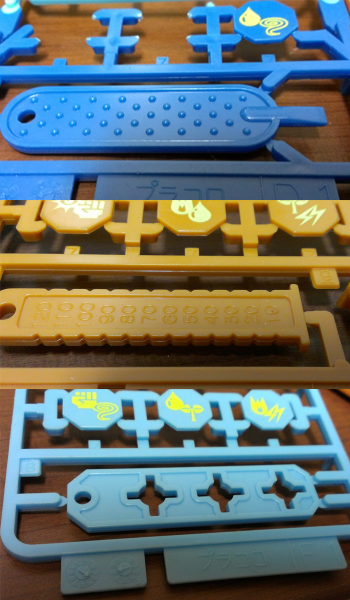 Here's some shots of the assembly! ^_^ 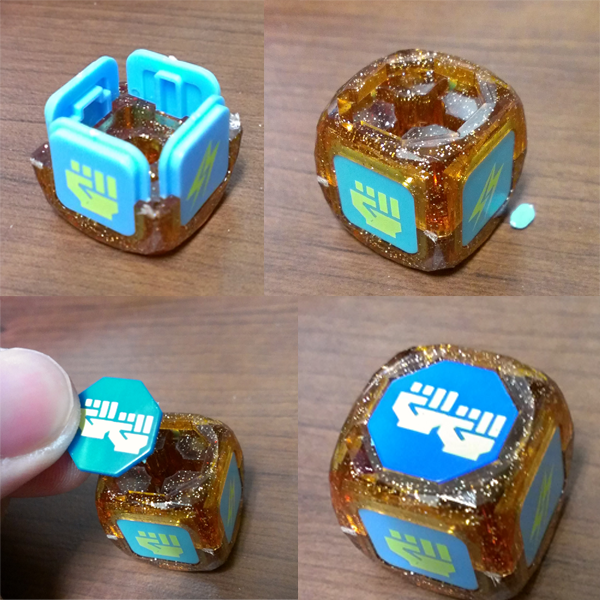 It was pretty straightforward - each of the basic symbols have a certain shaped extrusion in the back that allows them to fit into the die only a certain way in a certain order - I guess to keep people from loading up a ton of the same symbols on one die or something. 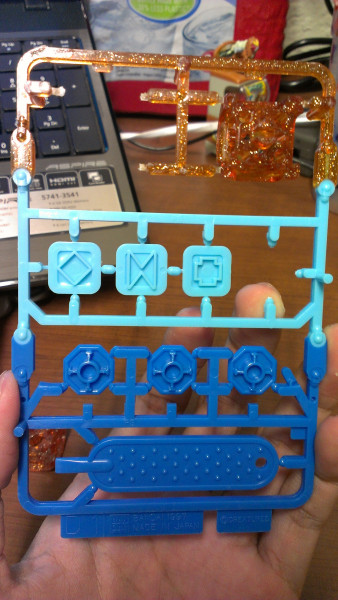 After you put the four symbols in, you put on the top half of the die (which lines up with the extrusions on the symbols), and then you pick your hexagonal symbols! I noticed on the attack cards, there are a lot of fighting symbols, so I picked the hexagonal ones that had fighting symbols on them. Since there are six sides to a cube, there are 6 symbols - 4 are the predetermined basic, and so you have to pick two hexagonal ones.

Here's a shot of the assembled pieces: 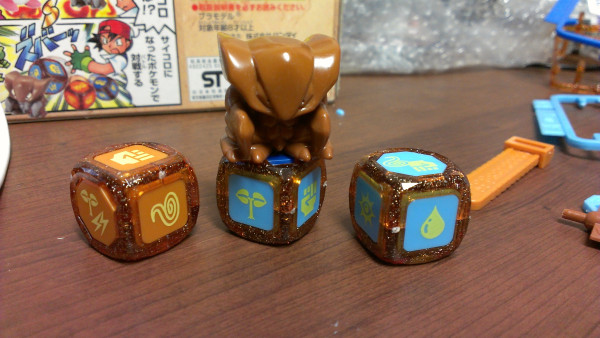 Aaanddd..yeah! haha I think the game is played by each person rolling their dice and Pokemon. Whatever symbols come up on your dice are what you can use, similar to the TCG, I'd imagine. Kabutops uses only fighting symbols for his attacks, so there's a range of them that you can choose to do. Each attack requires at least a certain number of symbols, and also seems to do some kind of additional effect, depending on the orientation of the Pokemon after it's rolled. There are numbers on each attack, which I assume means the damage given, and you would subtract that number from a health counter (seen above as the orange slidey thing). Aaandd...first one to have their pokemon's health to 0 loses? ^shrug^ Just a guess haha If anyone knows exactly how it's supposed to be played, please let me know! :D