I'm sure you're all sick of eeveelutions by now I'm not, but just in case you aren't, I have some in my sales along with lots and lots of other rare Japanese and Western goodies! I also updated with some new Banpresto plushies, a Charmander Velboa 2004 Pokedoll, Applause plush, BK Plush, Bandai Kids, Eeveelution Chous + Kids, a DX Minun Banpresto Pokedoll, Pokemon 2000 Collector Pins, a Tepig Waza Museum figure MIB, a couple of zukans, a DX Cyndaquil Tomy, lots and lots of Tomys and Jakks and... well lots more =D

Behind the cut you'll find some auctions for some rare shopper clearfiles of Lucario, Riolu and Turtwig, a rare MIP Neo Destinies TCG Folio with Eevee, Espeon and Umbreon artwork on the back, a Pokemon Center bandana with Mareep, Smeargle, Togepi and other favourites on it, some MIP singing keychains, rare or uncommon Applause plushies and some very rare Pokemon 2000 Collector Pins, including Jolteon and Vaporeon.
Please take a look! 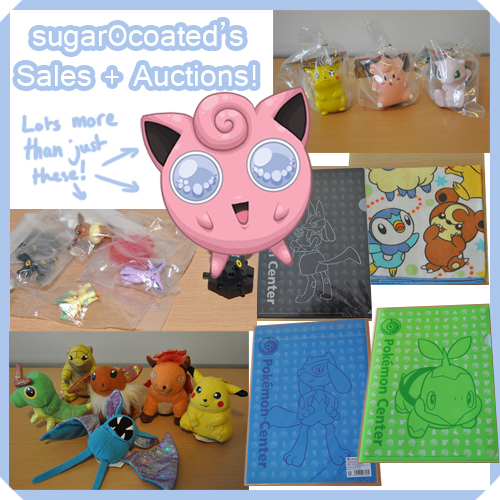 dakajojo.
• I ship from Australia.
• Domestic Shipping for non-flats starts at $6.60 AUD.
• I retain the right to refuse sale to anyone I feel uncomfortable dealing with or banned from pkmncollectors.
• Holds are for 24 hours only, then will go to the next person in line. Please let me know if you are buying asap so I can move down the list.
• If you need longer to pay, please ask first! Don't just assume =X
• I don't have my own transportation to the post office and have to take a bus, so there can be 3-5 day delay in posting while I get the time to go!
• I reserve the right to expire my BIN prices if I see fit.
• I can hold items to the end of an auction only if you will buy them even if you don't win. Backing out will lead to negative feedback being left!

+ I N T E R N A T I O N A L + S H I P P I N G +• I am shipping from Australia.• Shipping for flats STARTS at $3 and at $11 for packages thicker than 2cm! (figures, plush, stacks of flats). Postage for the same to the US now starts at $13.70, as a price bracket has been removed by Auspost. Please, if you ask for a quote, at least know postage will be this at minimum =/ I'm sick of people backing out when the information is clearly at the top of every post I make!• Packages over 500g will attract a $9 AUD security fee tacked on by the post office. This will be added to your total if applicable. (Most plush are under this though, and actually average to be less than 100g) Recently, the post office removed this charge, but postage rates have gone up by a few dollars. On the bright side, larger quantities of plush should work out cheaper!
• I usually just cover the cost of packaging myself, which includes a bubblemailer and any cardboard to protect items and tags or penny sleeves. But I will tack on a few cents-a dollar extra if you require items like toploaders, foam sheets etc.• All packages are being shipped via basic airmail unless you ask for insurance/tracking, which unfortunately is pretty costly with Auspost. I cannot be held responsible for lost packages if you don't purchase it though.• I will mark items as gifts and under-declare the value if you request only, just let me know when you pay. But again, no resposibility on me if your package goes missing!♥+ F E E D B A C K +Etsy :: StarCollectoreBay :: jdajuk (old/shared) :: sugar0coated (new)pkmncollectors :: sugar0coated :: (old) :: (new)Den of Angels :: WolfeClaw

I'm not sure what these go for so I'm auctioning them. I retain the right to retire the BIN prices if I see fit to do so before someone does BIN. 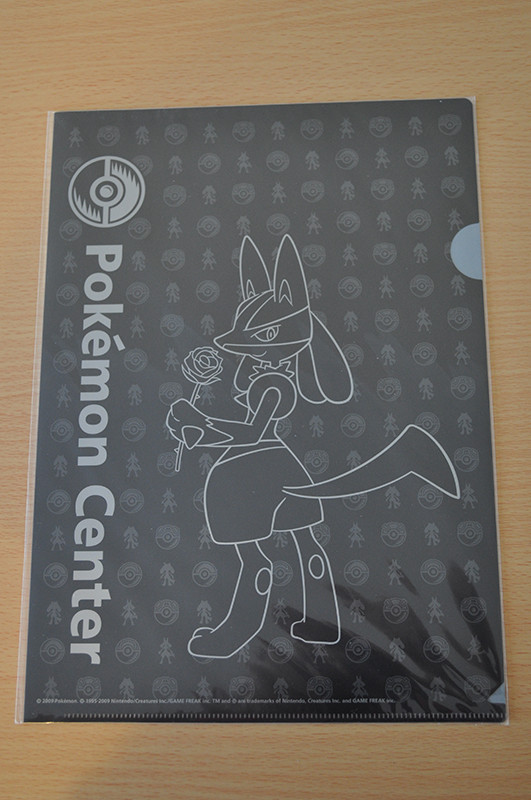 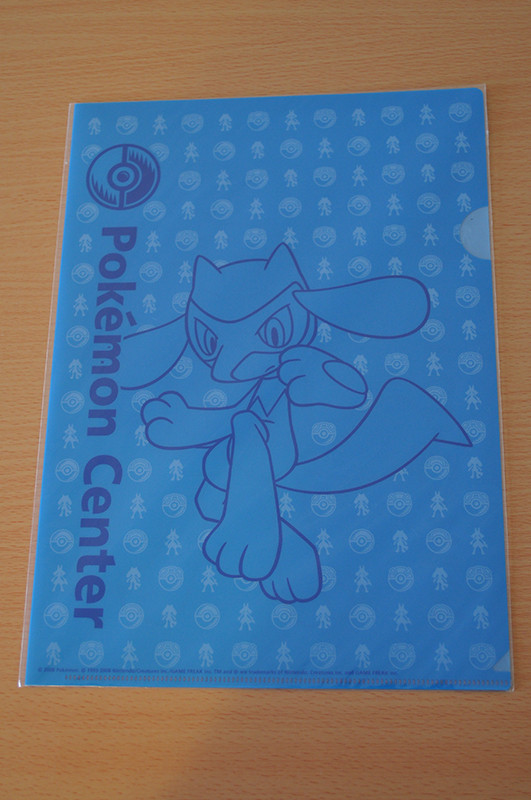 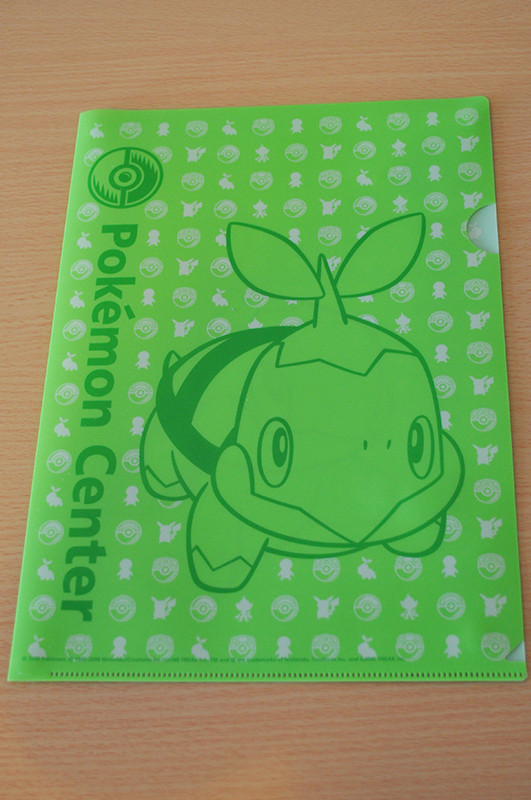 Turtwig Shopper Clearfile [Back View]
Opened, out of package, originally bought in a lot. Clean but there are some light surface scratches.
Starts @ $7, BIN @ $18 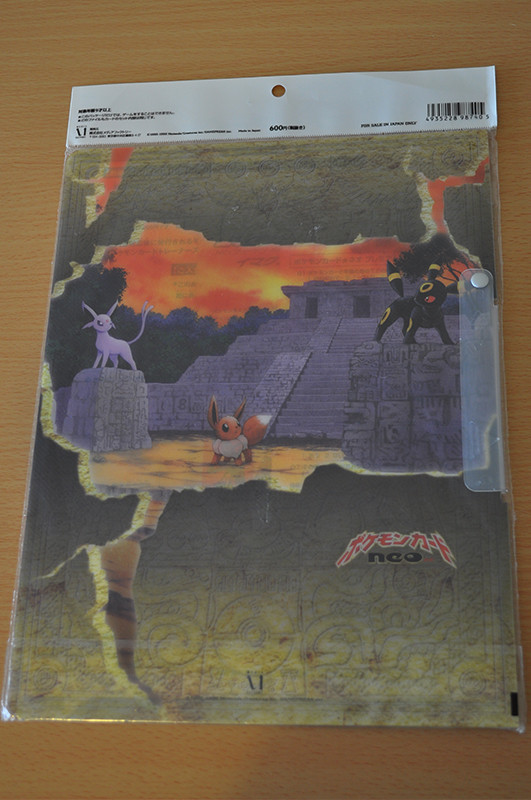 Neo Discovery TCG File [Front View]
Mint, although the package has some wear. I own two of these so one if for sale. Features stunning Eevee, Umbreon and Espeon artwork on the back, and I believe it's from 1999? Comes with all nine original cards inside (or at least I'm assuming, since it seems never to have been opened).
Starts @ $12* $7, No BIN
*I derped when I did the threads 8D;; 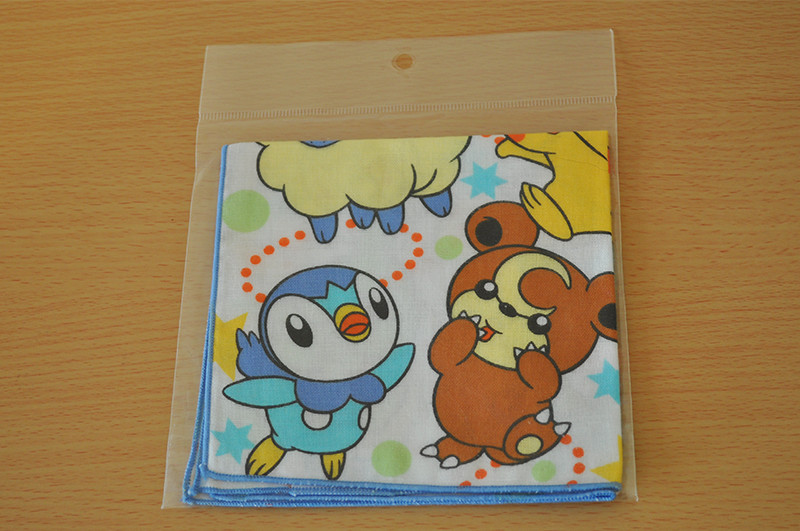 Pokemon Center Character Bandana [Back View]
MIP, from 2009. Features Piplup, Mareep, Ampharos, Larvitar, Togetic, Togepi, Wobuffet, Teddiursa, Smeargle and Pikachu. I found a photo of an open one online here, from this site. If you own this picture and would like me to remove it, let me know ^_^.
Starts @ $8, BIN @ $25 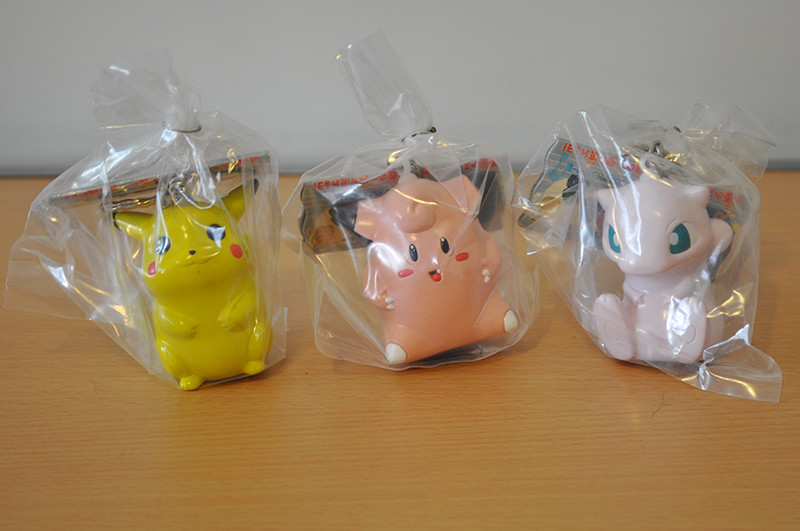 RARE MIP Singing Keychains
Not exactly sure how old these are, they might be from the late 90s, early 2000s. I bought these because they came with a Vaporeon which I wanted for my own collection. Their plastic tabs have never been pulled, so tbh I'm only assuming they work! Absolutely mint in their packages with their cardboards tags. Each have tiny paint rubs from storage, although Mew's can barely be seen. Pikachu's chin has the worst, as seen in the pic!
Pikachu - Starts @ $4
Clefairy - Starts @ $4
Mew - Starts @ $8

Pokemon 2000 Collector Pins*
(Please note that I have more in my straight sales, here!)
*Can be shipped in a letter! ;) 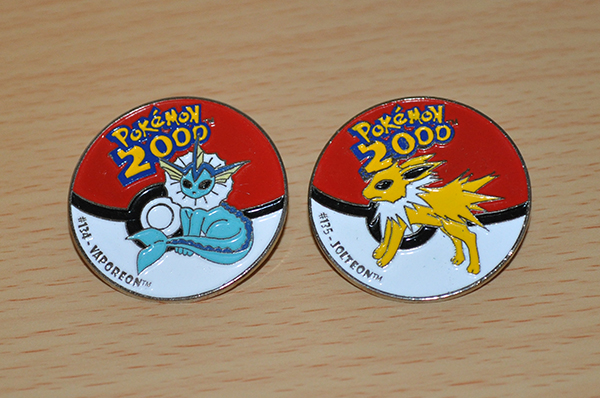 Vaporeon - Mint condition, from a sealed pack. Any marks you see are actually from the towel I pinned it too to keep it from scratching XD Lawl. Starts @ $20
Jolteon - Some paint loss on this one due to it's age, mainly on the '2'. Extremely rare. This was one of my grails for the longest time, and I'd only ever seen them in Gin's and happyjolteon's collections. So of course, two popped up at once. One hidden in a lot, one solo on ebay. I'd like to try and recoup my losses on the first one and help another collector out in getting something this hard to come by. Starts @ $20 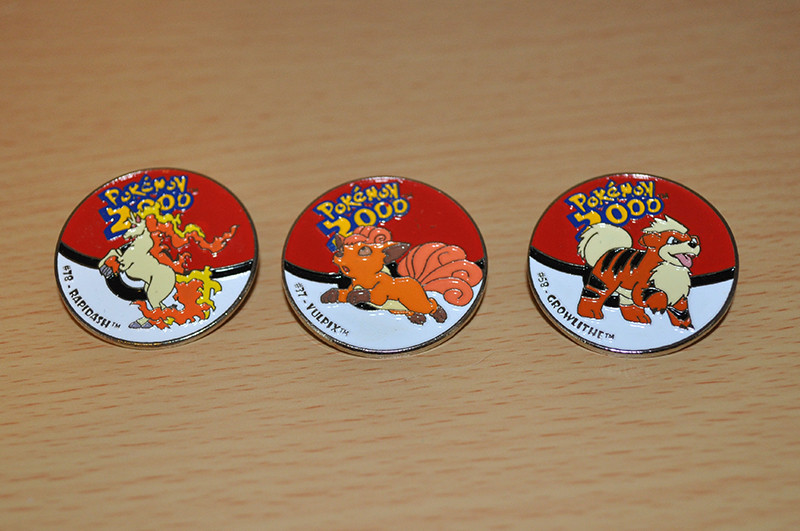 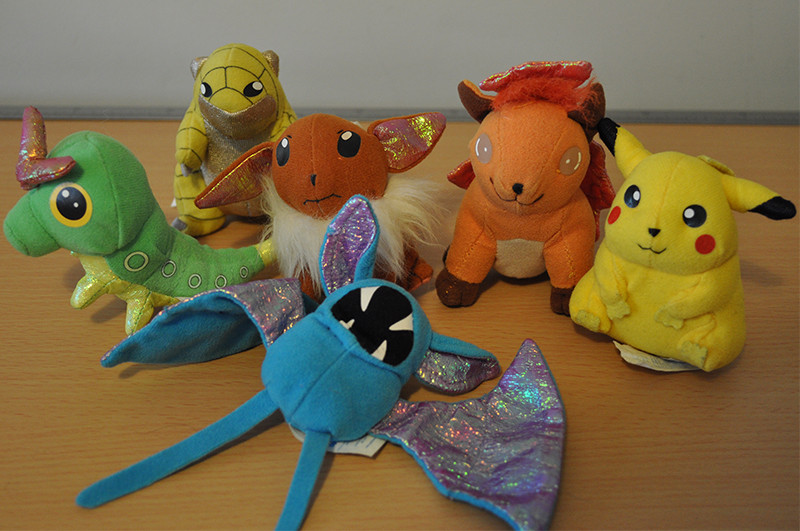 
All of these can be combined with my sales!

PLEASE WAIT UNTIL I GET THE AUCTION THREADS UP BEFORE POSTING!
All done! ;D Bid, bid, bid! <3

Last but certainly not least, myself and others have been itching for another meetup for local collectors located in Melbourne, Australia. Ideas floating around have been to have an outdoorsy meetup with cheerleader shinanigans co-ordinated by the lovely

tortoises, picnics with pokemon plushies and a trip to an icecream shop - Tom Turtle? Of course, throw out ideas if you're hoping to come along => I'd like to go to the Japanese photo both again since it was so rad before, but if there's a lot of people, we probably won't fit xD

As for timing, it has been suggested that we meet in the second week of December (between the 10th and 16th). I think a lot of people are out of uni by then but I'm not so sure about those in school? =X Timing, well, midday has worked well before?

Now, this post took forever and ever, so I will be posting up my auction threads then replying to everything after work tomorrow (I have to get up in less than five hours, whoops!) Working through every comment now! Coming Soon: A collection  update. All photos are ready, I just didn't want it to be messy on my auction page 8D;;