Pokemon Goods at TRU! And Fennekin Get! :D

After constantly hearing about all the new merchandise at Toys R Us, I had to check mine out! Usually my TRU stinks for pokemon stuff...(They don't even have the lugia TCG tin yet! ;;) so I was holding my breath when I went.

Not only that, but it wasn't October 1st yet, and I was worried that if the items were there...that I wouldn't get to buy them! But good news, I was able to get a certain little cutie! 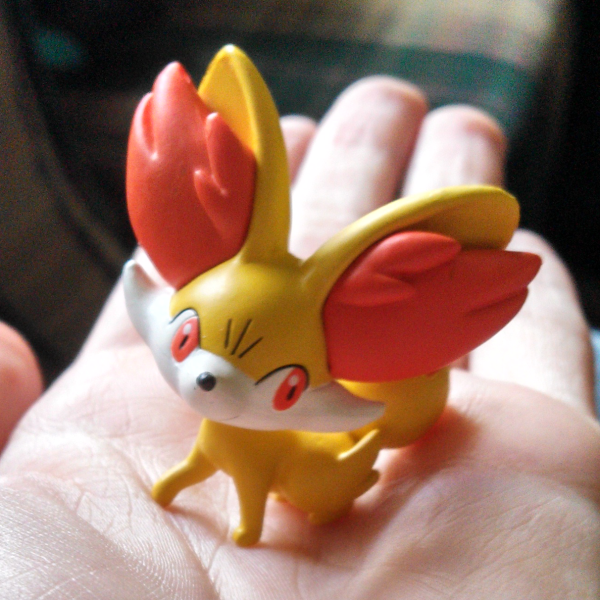 Honestly I think this is one beautiful and cute little figure! The pose is unique compared to the other poses I have seen, and the paint job isn't half bad! I love how vibrant he is! There are minor paint mistakes, and I couldn't exactly be picky because this was the last one, but I am SO happy I was able to purchase him!

He also came with a meowth, but I'm not really a meowth fan, so I'm not sure what to do with it. xD I also thought I'd try to take pics of what merchandise I could. Mainly focusing on the new stuff. :3

I haven't seen a post about that yet, so forgive me if someone has already taken it upon themselves! 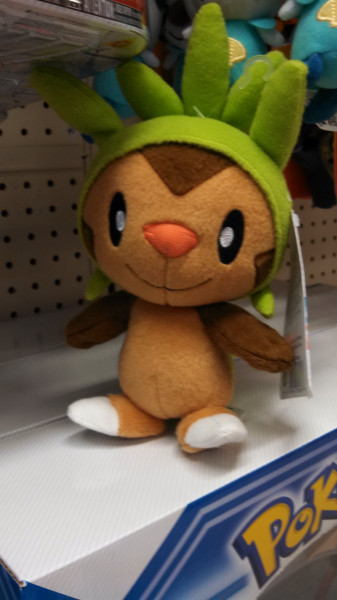 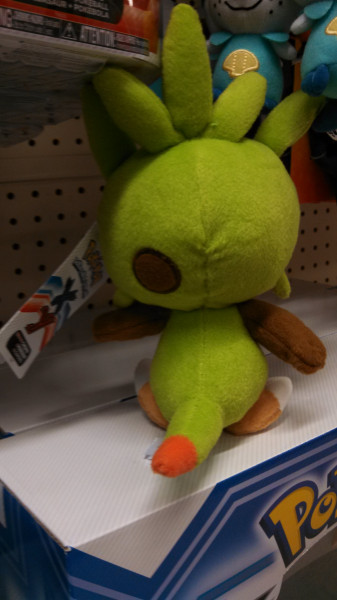 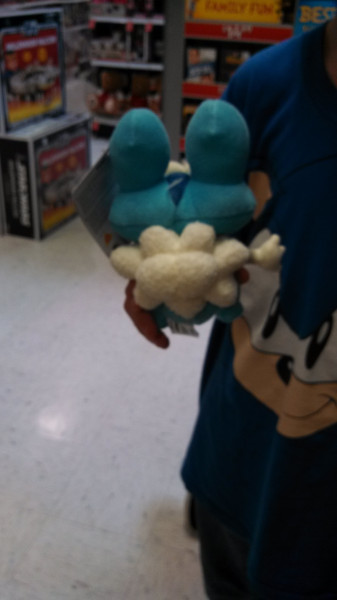 These were pretty cute! But Fennekin is my personal choice, so I didn't pick these guys up. Alas, they didn't have a fennekin. The only merchandise they had for the cute fire starter was the figure I snagged. :c But that might not be such a bad thing!

I can save up for yveltal merchandise that way! xD <3 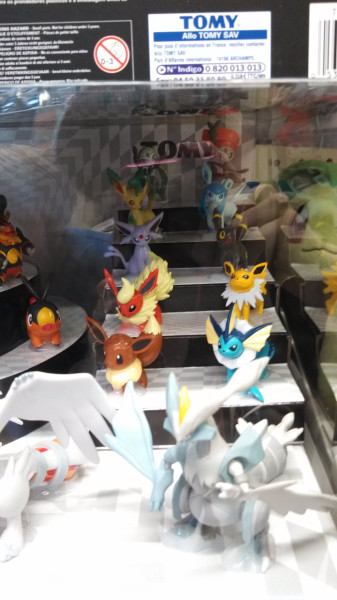 The eevees! Glaceon seems to be missing the tip of its ear? I already own the vaporeon, but eevee is certainly very cute. And so is flareon! 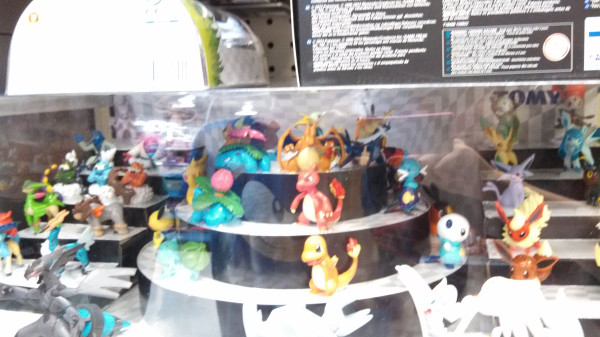 I had to grab a shot of the charmander line ;)

Sadly they didn't have the figure set for sale. I think they are releasing the figures and plush by type! They had all the grass starter merch, but no fire or water. I'm not sure if water or fire is next. xD 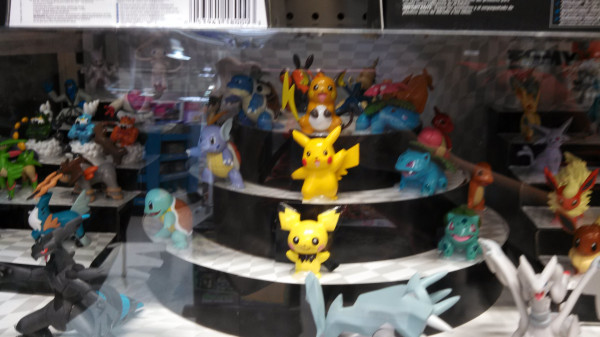 Some of the bulbas, the squirtle line (I'm in love with that wartortle!) and a shot of the pikas! I think I'll have to snag the new Raichu tomy, just so I can compare it with the old one. Such drastic differences, I don't know which one I like more! 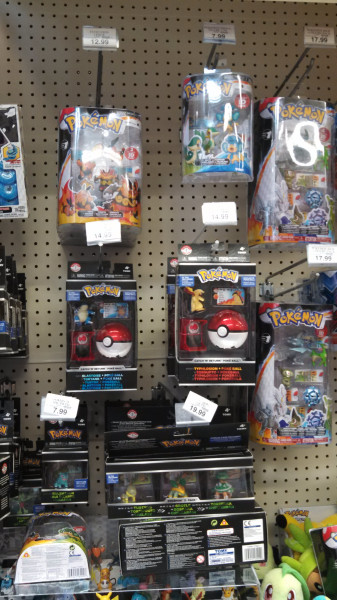 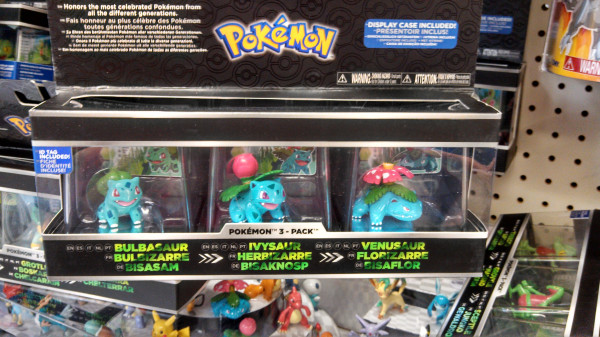 I REALLY love the boxing they did for these figures. I almost got the bulbas, but I thought better of it. xD They also had the chikorita line, which is another favorite, but thanks to a crying wallet I had to be very picky with what I wanted. Very excited for the Charmander line when they decide to release fire merchandise! 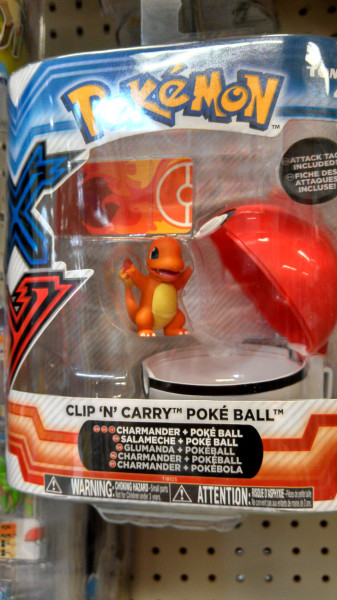 I thought this was cool! They actually had these figures for multiple types. I saw a squirtle, charmander, and others. I already own this tomy though, so I didn't bother. ;3 Clip 'N' Carry pokeballs are fun though xD 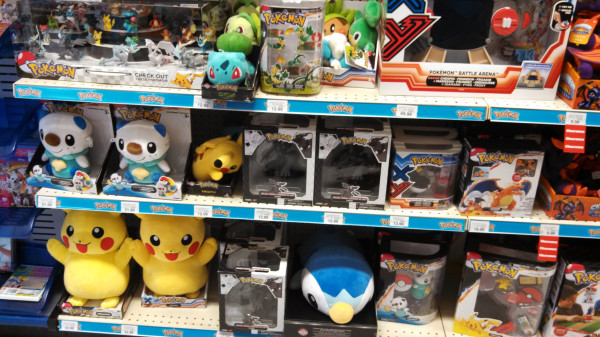 Just a brief overview shot of the large section they have for X and Y merch!

My eye was attracted to the little 'battle arena' where you can have your pokemon figures 'fight' with noises. xD I'm a dork, and even though I'm 22 I'd most likely play with it haha. Boy did it have a big price tag though. O-o'' And of course, the large Pikachu and Piplup plush! I'm a sucker for unique plushies, and piplup almost stole my money! These were very big and soft, and super squishy! Piplup could practically serve as a pillow!

That is basically everything! I hope this was helpful to you guys wondering what some TRU's have. :3 I tried to check the website yesterday, and they didn't really have any pictures up. That might have changed though!

What items are you most interested in? :3 And what does your TRU carry that mine seems to be missing? :3