My dear, it's been a looong time since I've updated!
Hope everyone's been having happy holidays and great collecting :)
Speaking of which, I have finally found my HOLY GRAIL!!!
As some of you may know, I'm one of the few playset collectors out there and since becoming a member, I've been looking for the camp pikachu chibihouse. Seems reasonable, right? WRONG! Not only did no one have it, but no one had even _seen_ it! Out of any playset I've ever hunted, this was the most mysterious one. To be honest, it got to the point where I wanted it half just to figure out what the darn thing was xD And now here it is! 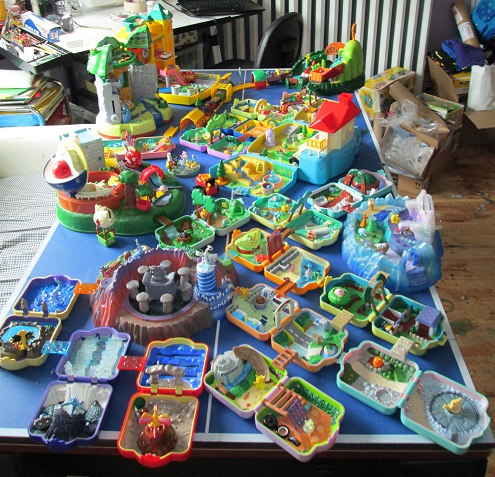 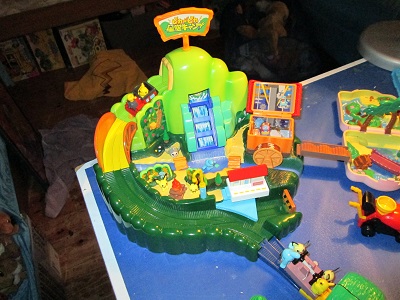 AHHHHH!!!! TRAIN!!! It's so colorful, my pictures definitely don't do this thing justice! It captures the little short (from the 5th movie I believe, Heroes [super sad one btw]) absolutely perfectly! 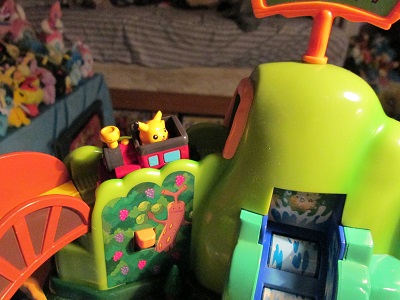 Main part of the set here is of course the little train! Pikachu fits very nicely in it. 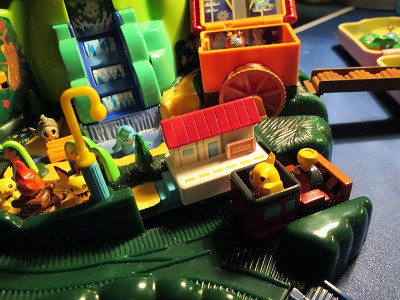 One way down the hill for pikachu lands him right at the train station to stop and pick up his friends (according to the box, this set should have another cart for this train but as I've searched for years, missing that one piece isn't that heartbreaking!) 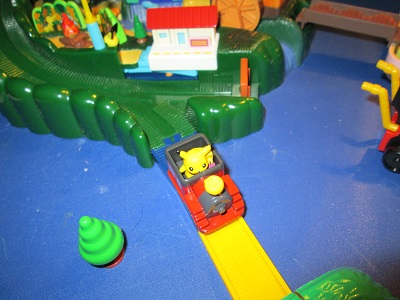 Pikachu's other option for adventure is down the hill and connecting to the GASHAPON SET! I saw the little blue train track piece in the box and picked it up like "I wonder..." I was so excited these two connected! 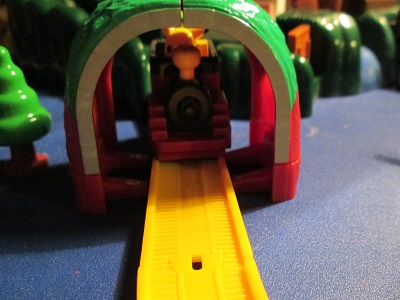 Going through the tunnel on an adventure~ 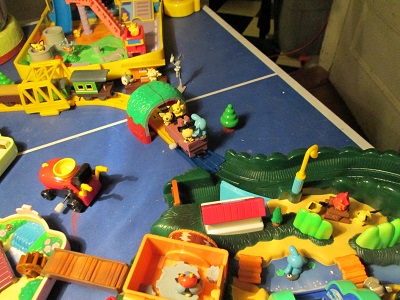 Some of the gashapon part~ 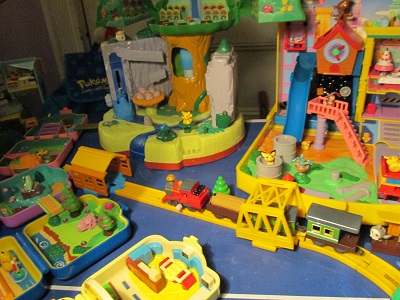 The train goes all the way to the second movie's short! 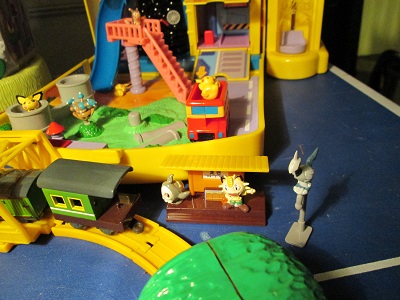 Of course there's a stop to drop the pichu bros off home :) 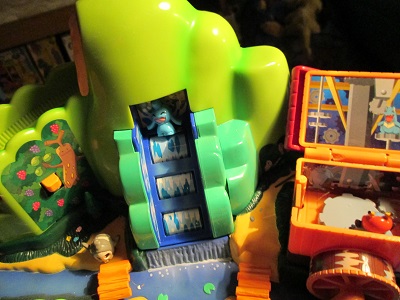 Other interesting points to the set are the little mechanisms. The mechanics of this set from left to right, we've got the little button by sudowoodo that you tap down to make the train go down the hill, the little waterfall wynaut's on moves up or downstream depending which way the waterwheel goes, and the waterwheel also controls the gear volbeat is on, making it move clockwise or counter. 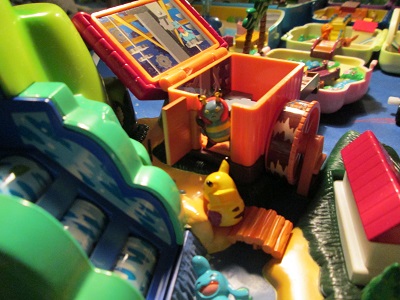 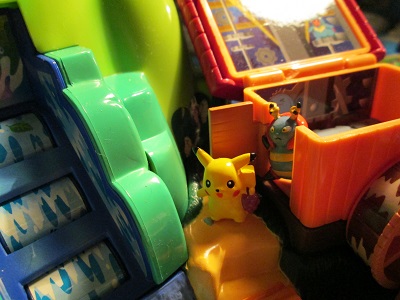 And he brought grapes! Pikachu is the best houseguest ever. The house has pictures of wobbuffet and totodile if you look closely. 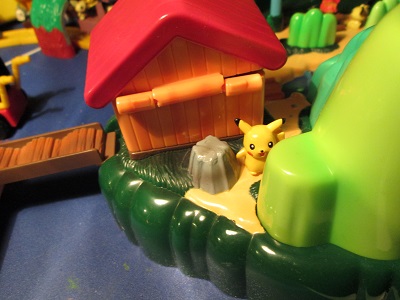 He's decided to go on a grape-sharing adventure! 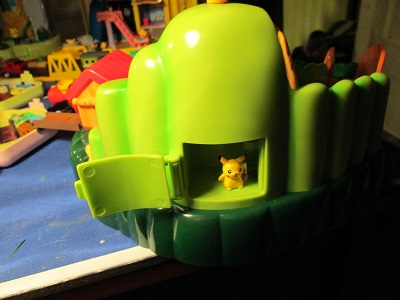 He traveled all the way to the storage spot in the back, but no one was there :( 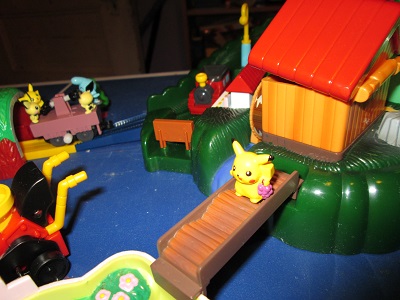 So he's going off to the other playsets to start a picnic! :D 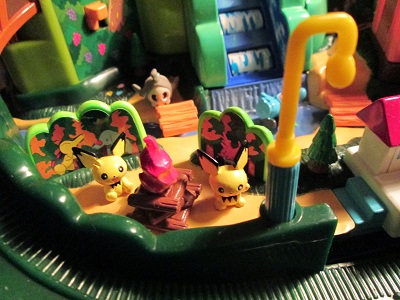 Here are the little pichu bros hanging out by the fire with their friends cyndaquil, phanpy, and corsola. They didn't want any grapes today. 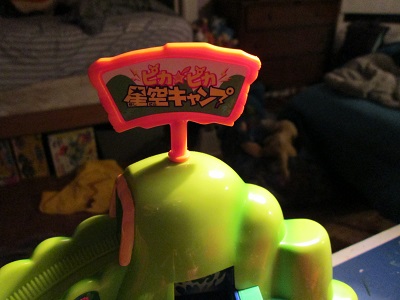 The sign on the top in Japanese I can't read :) I'll guess it says something like "Camp Pikachu" 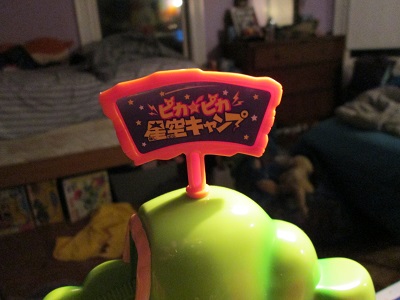 It has a reverse side for night time! 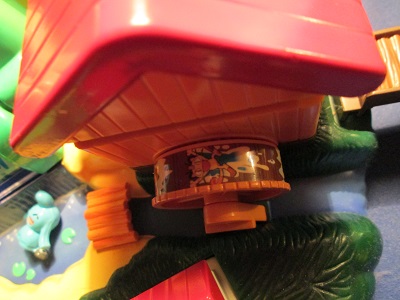 Some hidden pokemon! Meowth at the waterwheel. 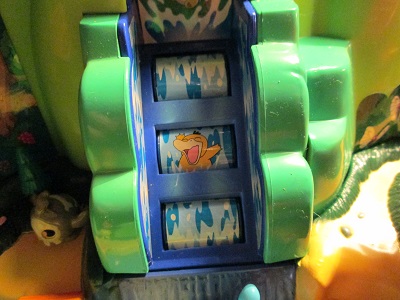 Psyduck plays in the waterfall. 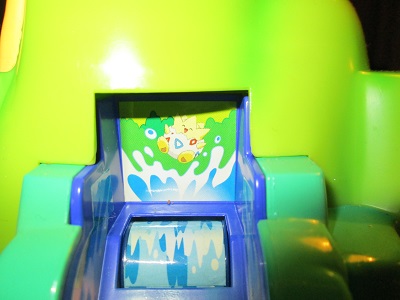 Togepi thought it looked fun and is joining it! Also, behind the volbeat house has a few butterfree, but they were camera shy :( 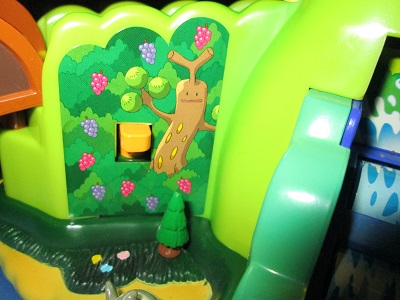 That's where Pikachu got the grapes!
Happy collecting all! :D