Hey guys! First of all, I just wanted to say that I'm really jealous seeing what everyone's been getting in their Spring Swap packages. Who knows, maybe I'll have posted enough to have sales permission to join next year; really I'd just join to have an excuse to make a non-commissioned plush for someone.

Just wanted to post a quick update on my Helioptile collection and share some more of the customs I've made. Apologies for those of you who've seen my customs already, I feel like there's a big overlap between the Pokemon crafting community and the Pokemon collecting community so I'm just showing off to the same people constantly =P 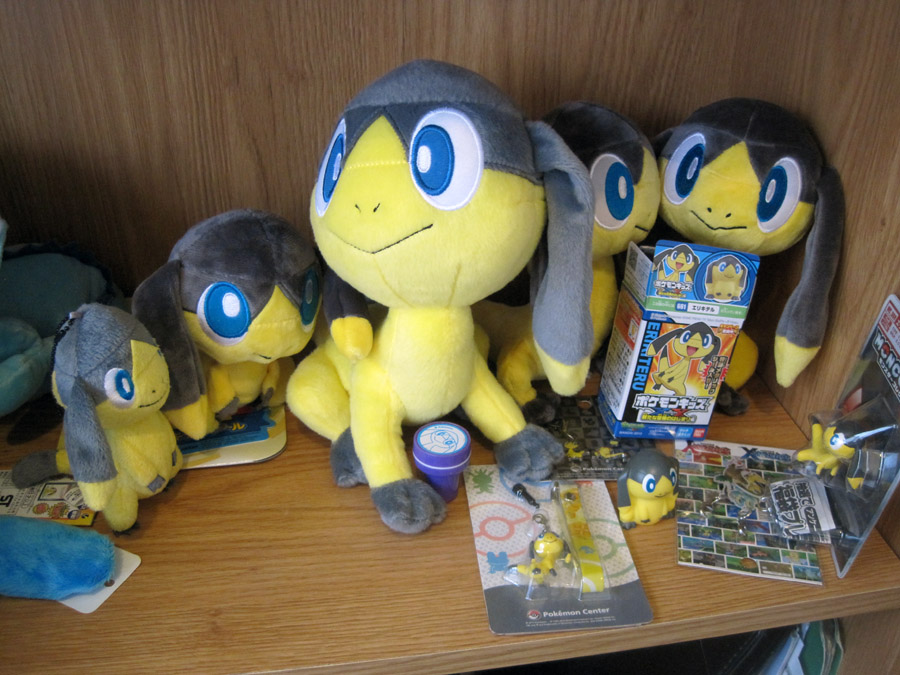 Just a random shot of my modest but growing lizard collection. The MPC, Pokedoll, and second Helioptile Pokecen Plush are new additions since the last time I posted about my Helioptile collection. While I love the puppy-eyes look of the Pokedoll, my favorite is still the default Pokecen plushies; they just look so perky and happy, especially now that there's two of them. I also wish the Pokedoll had nostrils; I'm pretty sure "chibi-style" doesn't necessarily mean "no nose". Otherwise though there hasn't been a whole bunch to collect with Helioptile, so I doubt this collection will be growing significantly any time soon. 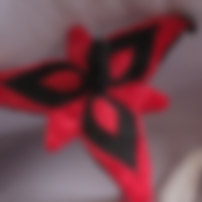 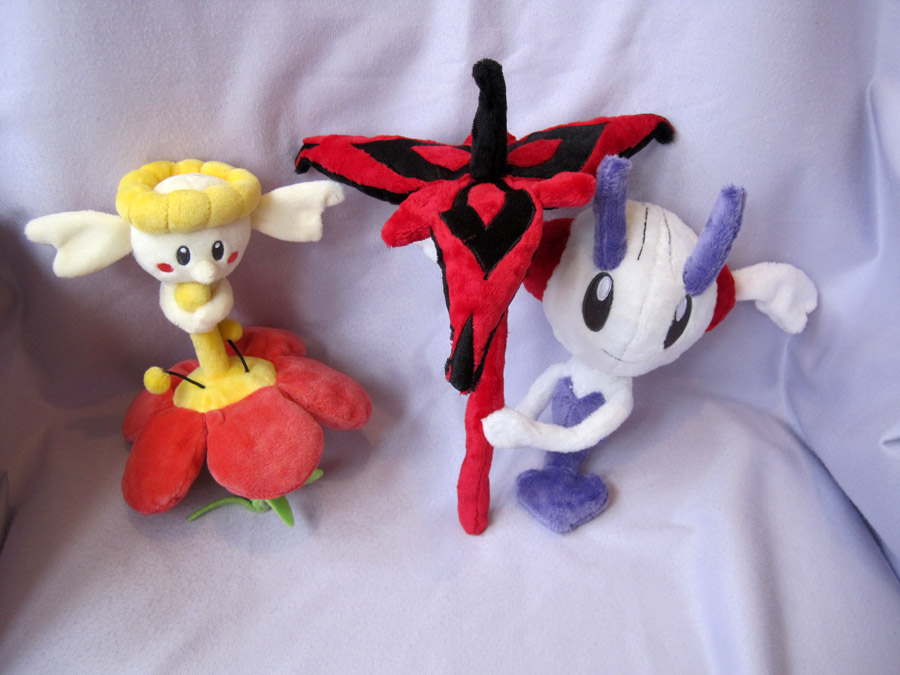 Yup, you guessed it, I made a plush of AZ's Floette! I also picked up a Flabebe from Nintendo World while I was travelling around a ton. They're actually both life-sized, I believe, since Flabebe is 4 inches tall not including the flower and Floette is about 8-9 inches. Getting these two to pose for the picture was ridiculous though. Guess that's what happens when you make plushies for things that only have one means of ground support. 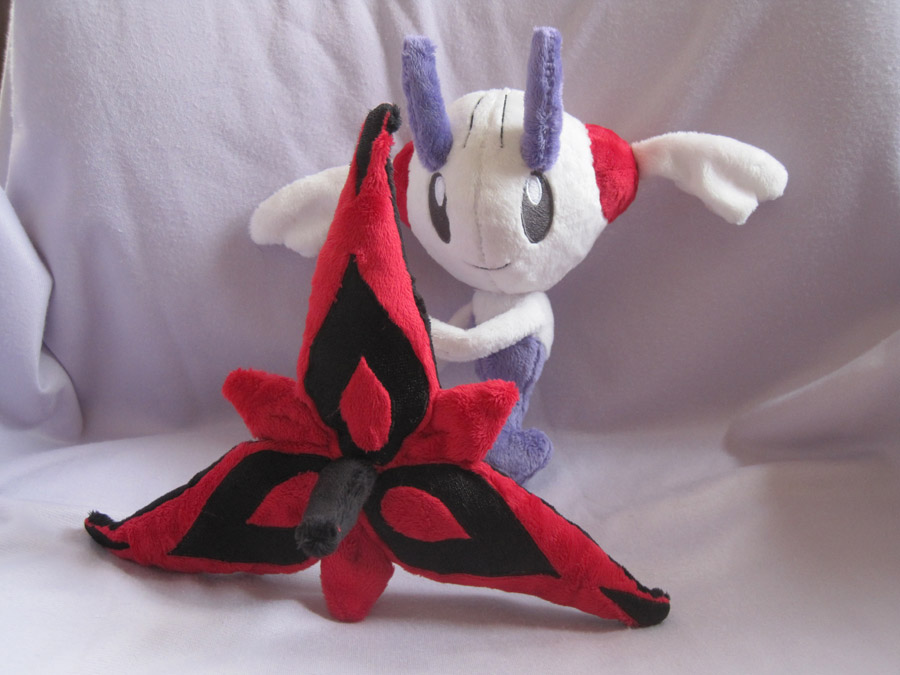 Another random shot of Floette. This is my personal favorite shot, I just think it looks cool =P 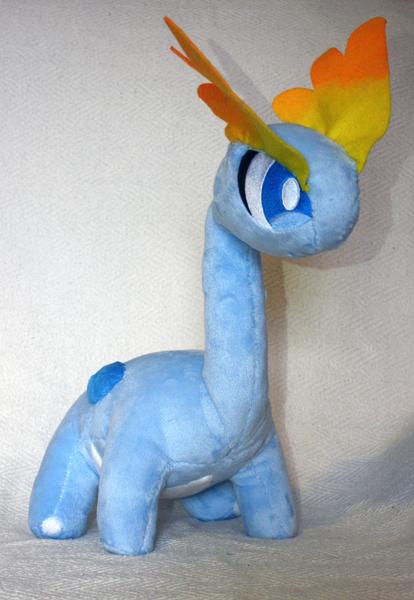 I also made an Amaura a few weeks ago, which I posted about in a FFAF thread. It's not the perfectest plush ever and I definitely think I could've done better on it, but overall I still think it's cute! Guess that saves me from having to buy the official Pokecen one. (Or not.)