Hey everyone! I've been part of this community for at least three years now, and now it's the time for me to finally make a real introduction.


I've been collecting Pokemon products since it was first introduced in America back in 1998, I was ten years old at the time. It all started with me watching the Anime and from that point on, I completely fell in love with the series. I begged my parents to get me the game for my birthday and poof, I was drawn in from there. 15 years later and here I am, still a fan as much as everyone else here.

My main collection is primarily of Pokemon Plushies, preferably PokeDolls. I also collect Banpresto Holiday products as well, or even Pokemon that weren't made into PokeDolls. However, my main goal are Oshawott products, I love that little guy!

Anyways, enough about myself, here is my collection! Most of these were bought at Nintendo World and most of them are MWT. I used to attend there very frequently but ever since I transferred to a different college, my academics has gotten a little tougher, so I couldn't waste any time. In addition, I also quit my job so money is tight for me. I used to buy $200-$300 worth every time a new stock came in but now I just buy one or two. Hey, it's for the best. 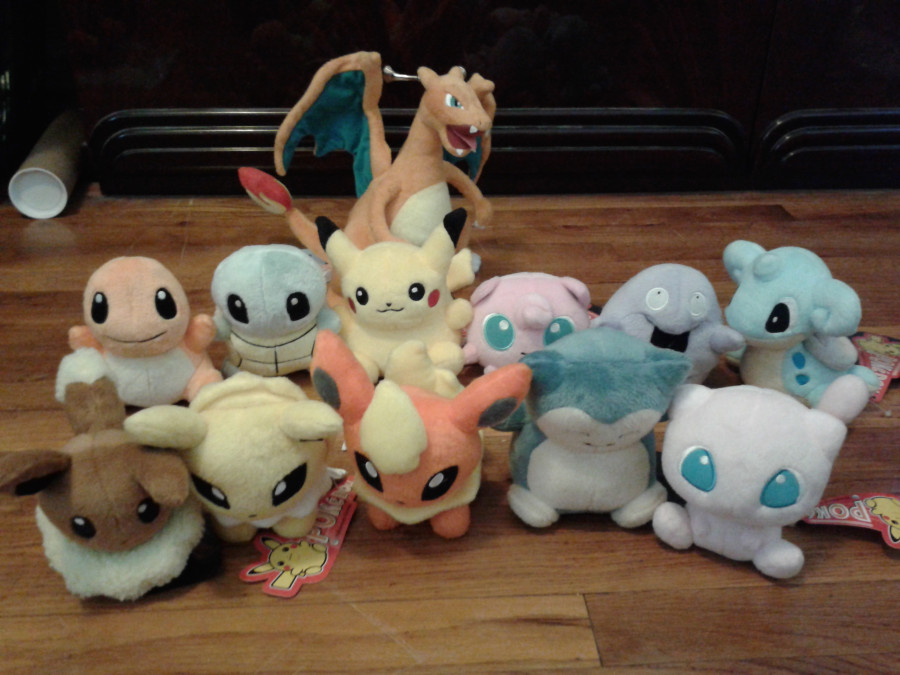 Gen 1 Pokemon! Haha, I really thought I had more of these guys. :/ 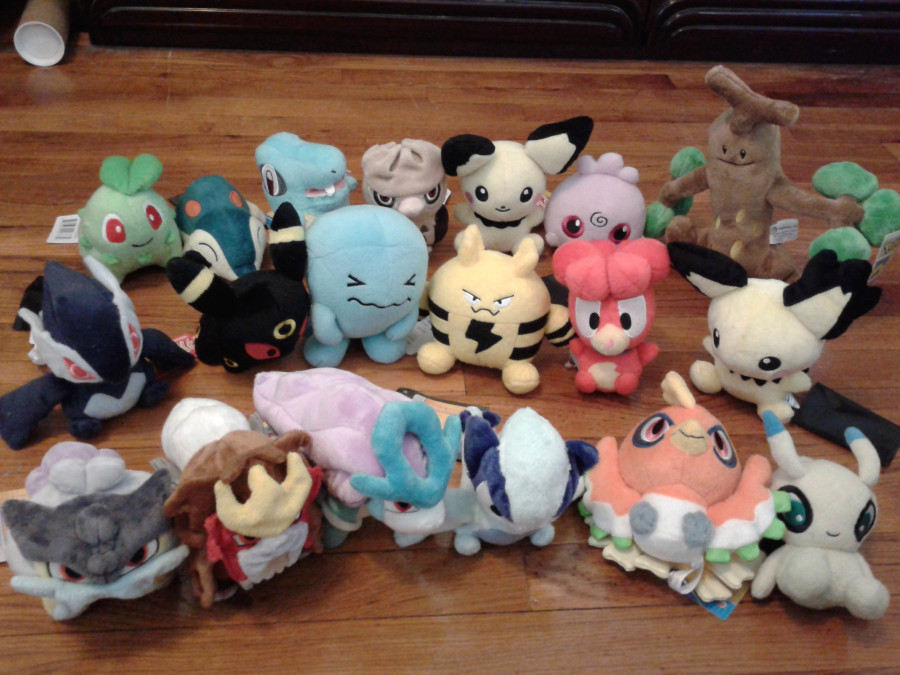 Gen 2 Pokemon, from the Gold/Silver/Crystal series. I was so happy when they rerelease the starters and the Legendary Beasts! 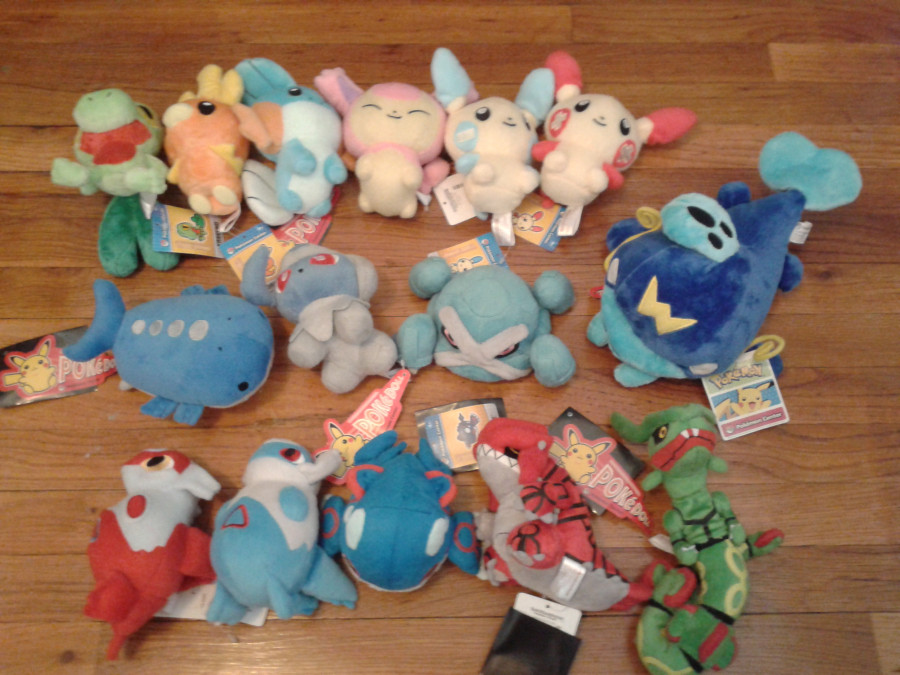 I gave up trying to make them stand. That Absol is a bootleg since I was new to collecting at the time and I didn't know any better. 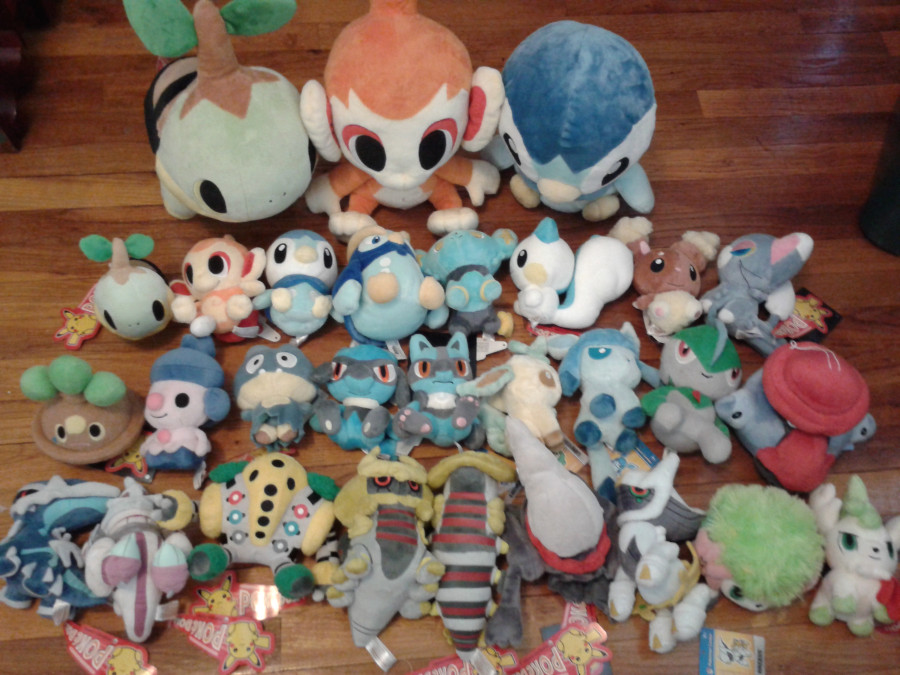 When I first entered Nintendo World, this is when I really started collecting and it all started with these guys. That Gallade is a bootleg, unfortunately. I bought him around the same time I bought that Absol. Oh geeze, this is when things got a little out of hand. I love Oshawott so much, I own 3 PokeDolls of him.


[Gen 6 Pokemon plushies coming soon, when I get a job again] 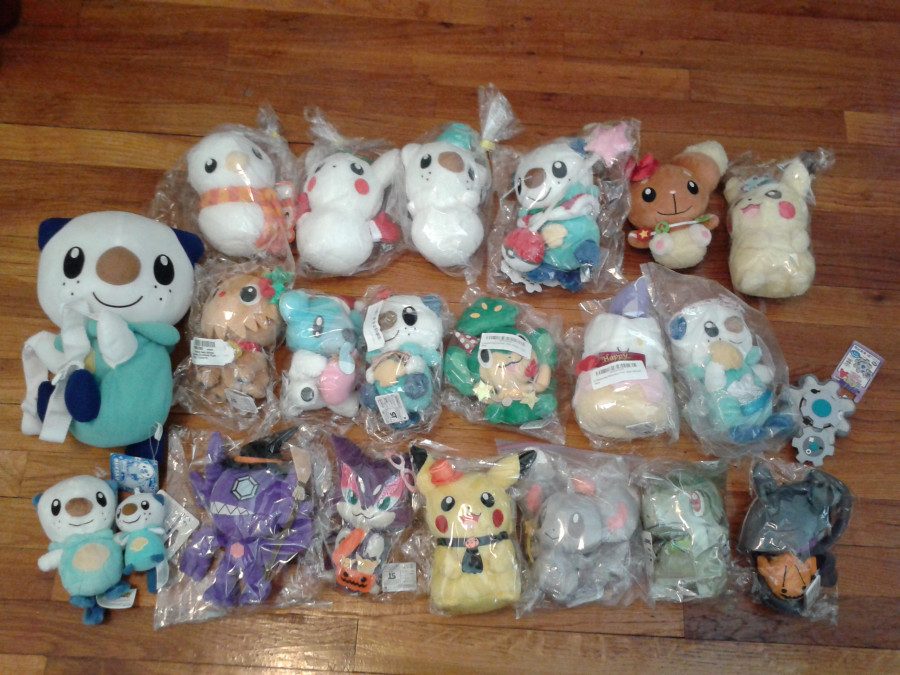 Some holiday plushies I collected. As you can see, I love Oshawott. The Buneary's string was torn off! :/ Some TY Beanie Baby plushies! Correct me if I'm wrong, but I believe they were exclusive only in Europe? My friend, who went to Japan for a small vacation, got me the Sylveon and Egg Torchic plush. She's so awesome.
I don't have the talking Oshawott or Oshawott/Poke Ball reversible plush pictured here. There were also some other plushies not pictured as well, but most of them are duplicates. I also have some limited edition DS or 3DS consoles, figurines, folders, stickers, cards, misc. as well, but I'll post those in the future.

Anyways, that's all from me! Thanks for letting me into this wonderful community!

EDIT: D'oh! I forgot to include these guys into the picture! How irresponsible of me. :/