Hello everyone!
This is going to be my first post to the pkmncollectors community :D

Below here's a photo of everything that's in my latest batch of merchandise that just arrived, straight from Japan! 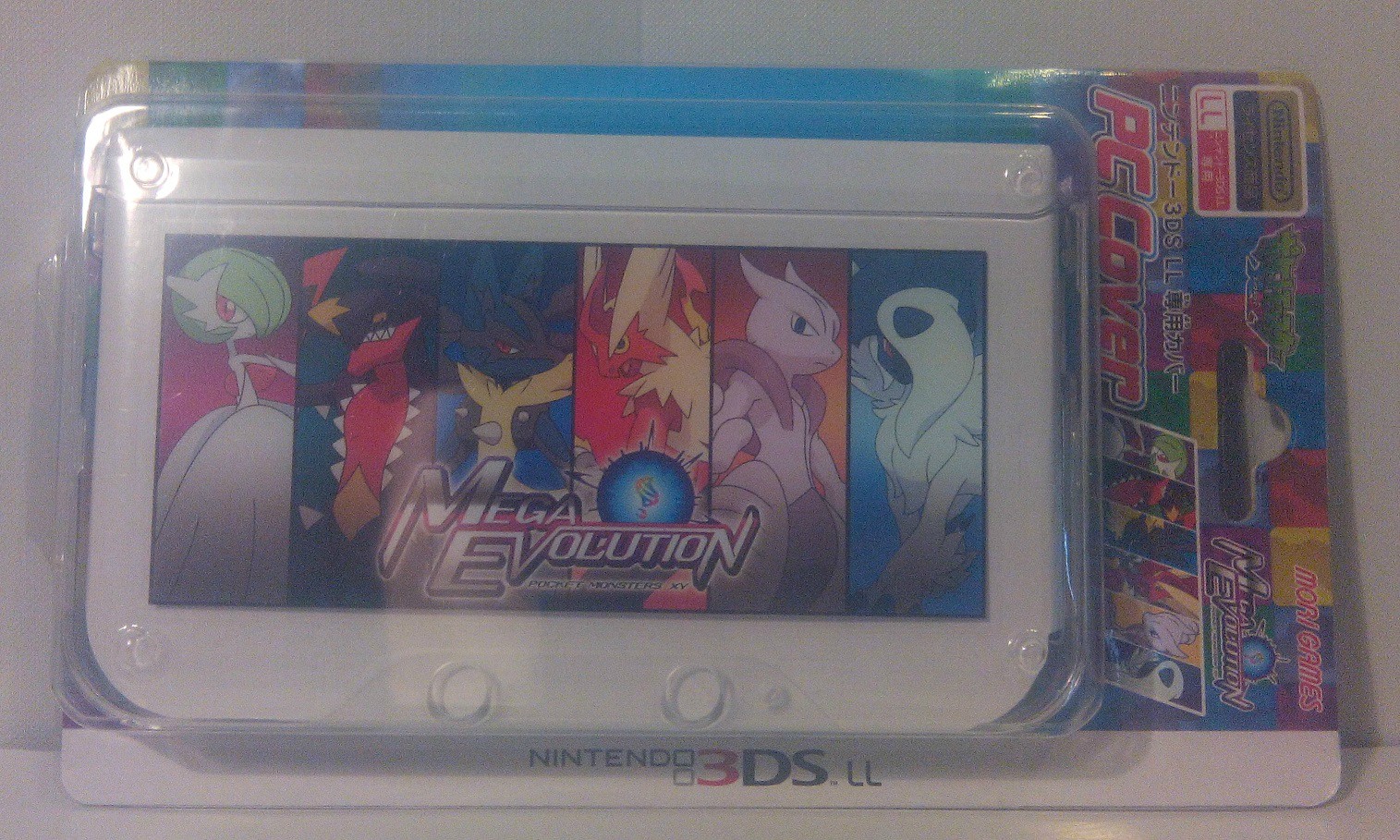 The first picture is of the Pokémon Center 2014 Nintendo 3DS LL  Mega Evolution Double-sided Hardcover, featuring Mega Gardevoir, Mega Garchomp, Mega Lucario, Mega Blaziken, Mega Mewtwo X and Mega Absol.
I'm a huge Gardevoir fan, so naturally I had to get this one! :D
I'm probably going to use this one for my 3DS XL, while I try to keep the packaging in the best state possible c:(which honestly shouldn't be too hard looking at the way it's packaged) 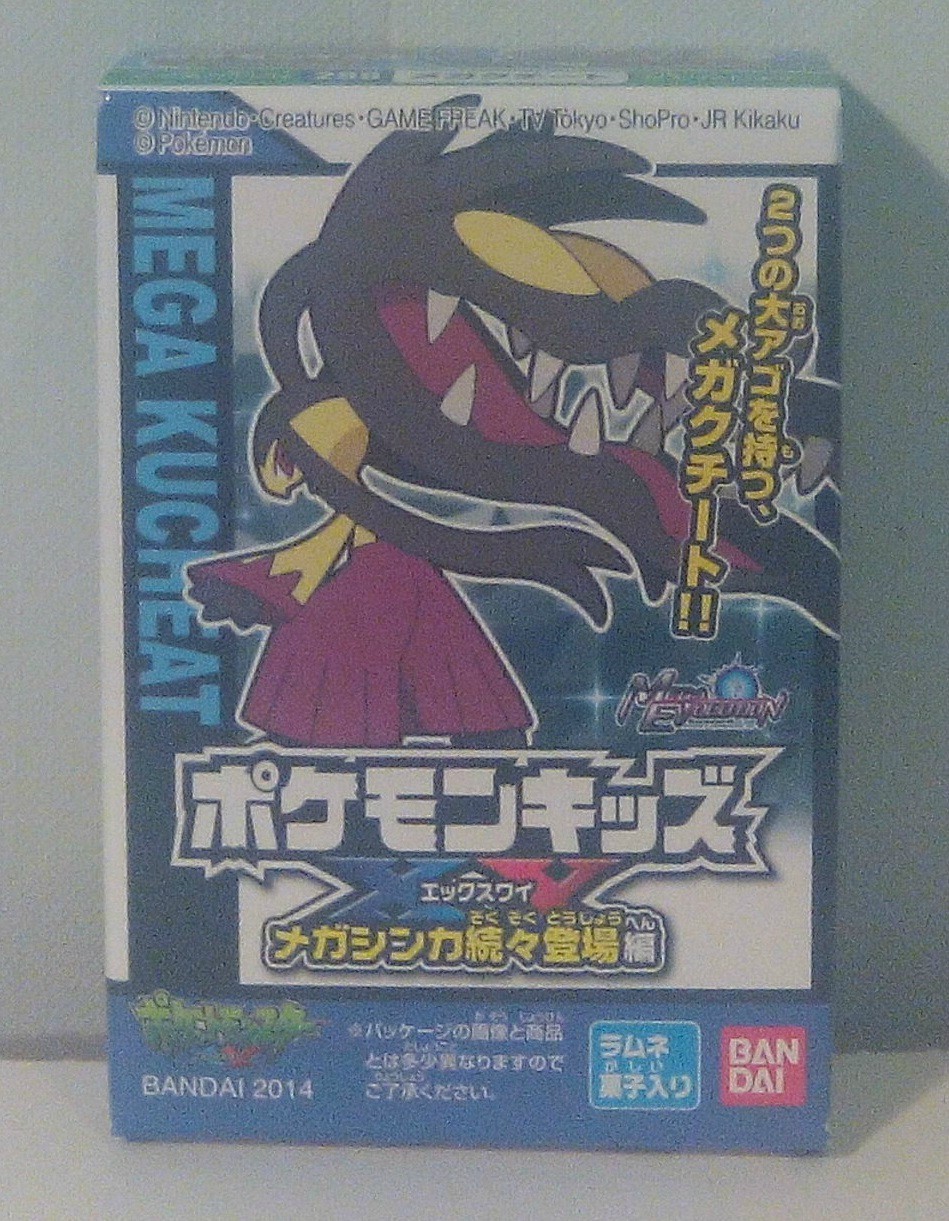 Next up is the Pokémon 2014 Bandai Pokémon Kids Figure XY Mega Evolution Series: Mega Mawile
Mawile is 4th in my top-5 Pokémon designs, it holds a special place in my heart though~
it's Mega Evolution is also pretty cool, which is the reason I got this one! c: 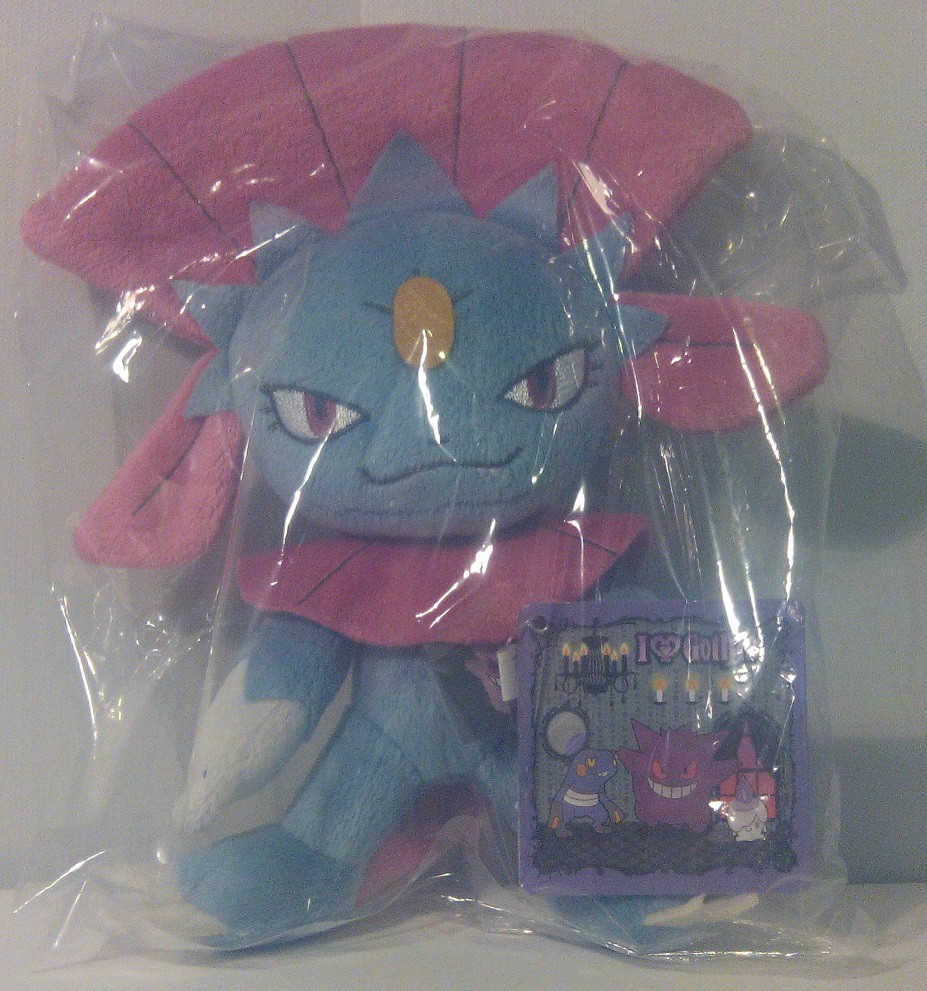 Next is the Pokémon 2013 Banpresto UFO Catcher Prize: I Love Gothic Series #1 Weavile Plush,
Weavile is my second favourite Pokémon design, so it wouldn't be right of me not to buy this cutie! <3 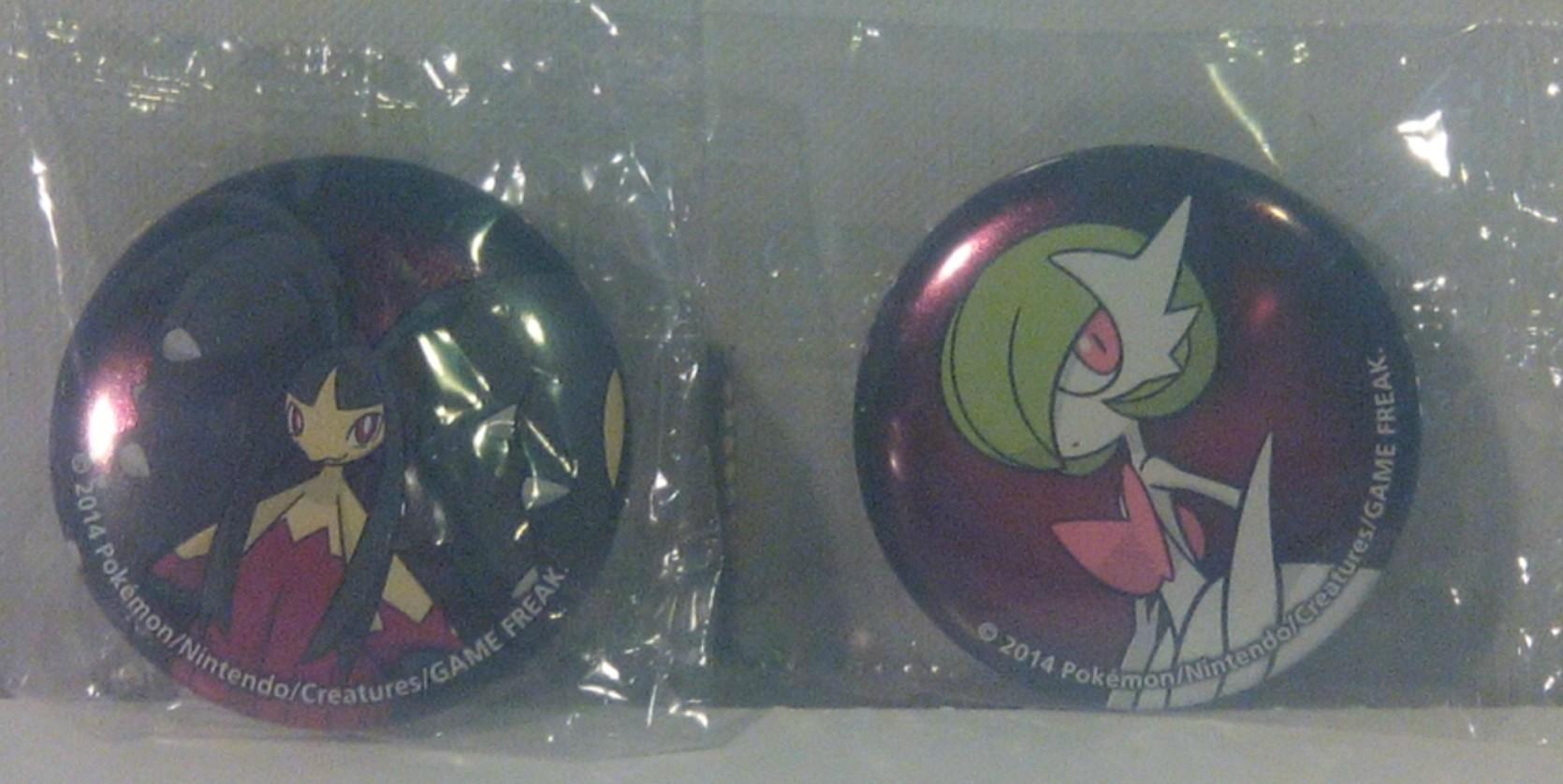 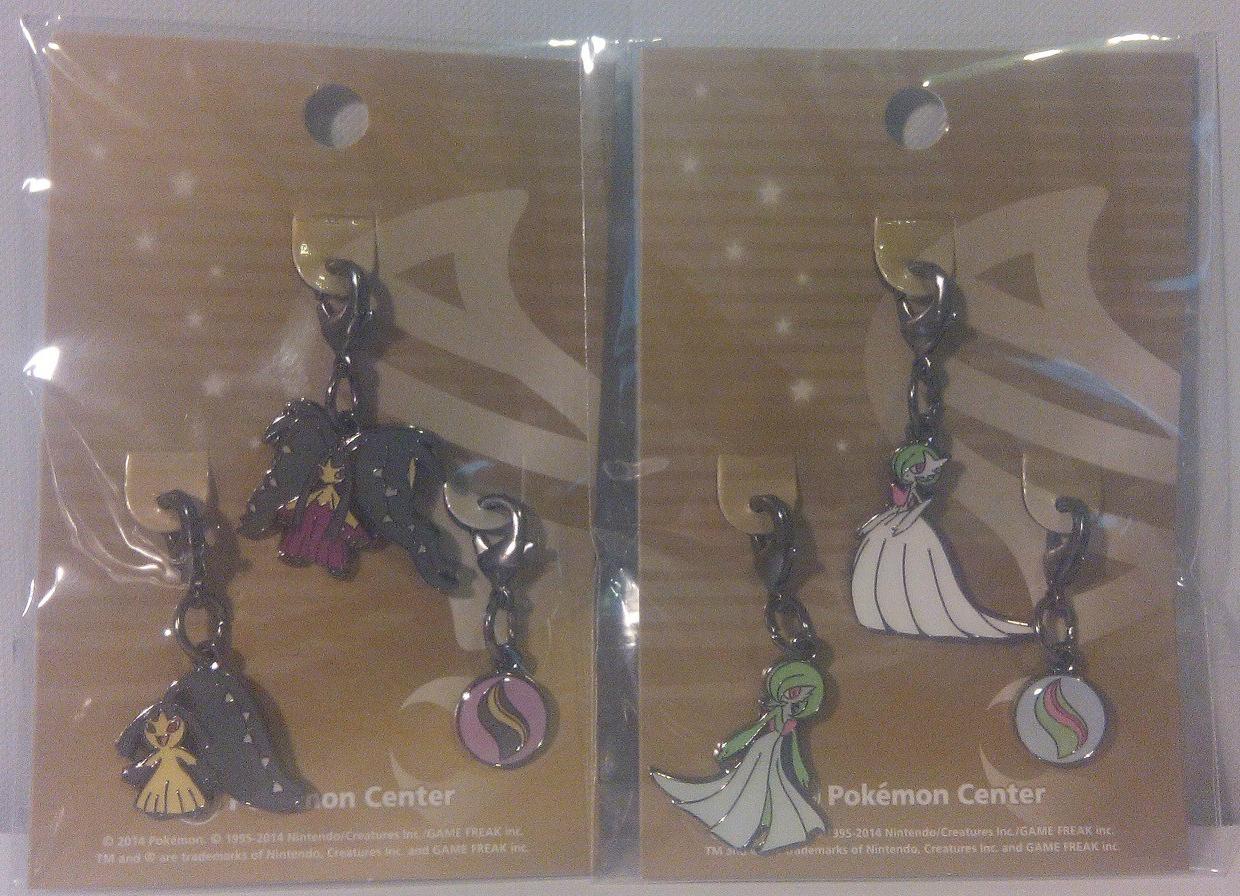 These next two are Pokémon Center 2014 Mega Evolution charms of Mega Mawile and Mega Gardevoir, complete with their original forms and Mega Stones!
I had to have these so badly, the Mega Stones in particular, they're so pretty!
The charms are so detailed I can't get enought of them :D 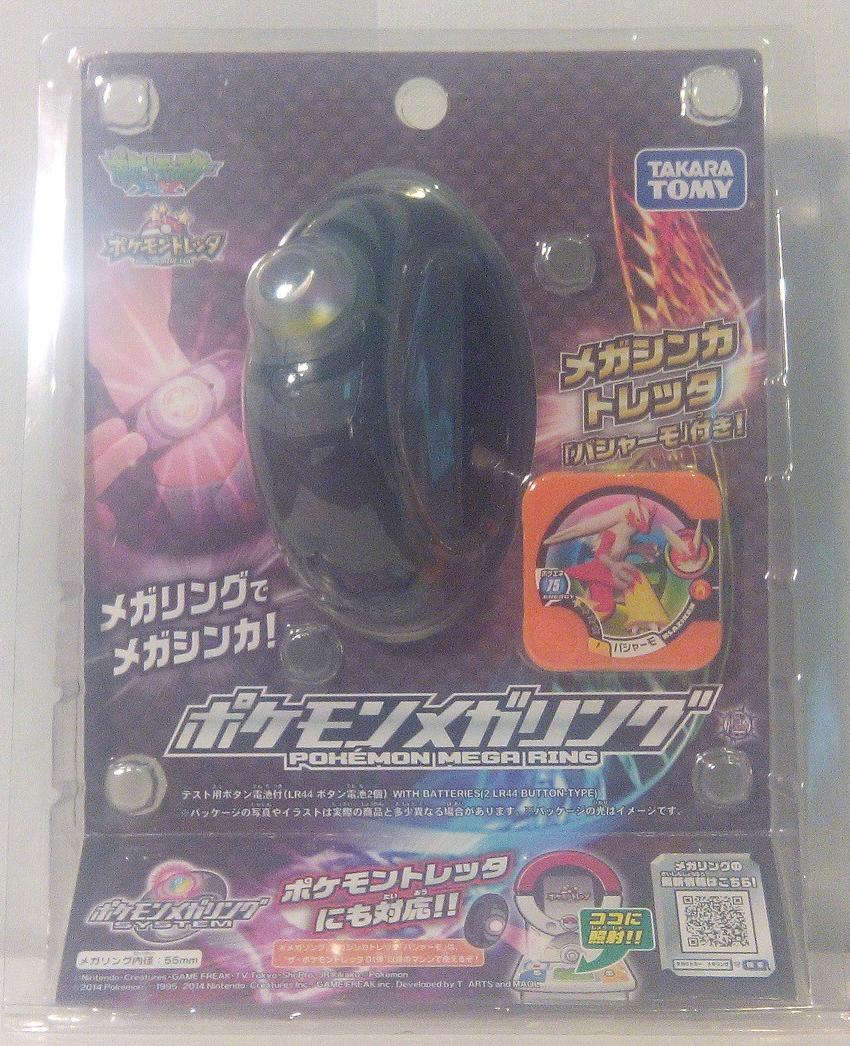 This next gem is the last one of today's batch, it's the Pokémon 2014 Mega Ring with Blaziken Torretta Coin.
This thing is so cool I swear, it lights up if there's a Mega Stone attached to it, which are sold seperately (waiting for Gardevoirite and Mawilite!)
Of course, I can't use it for it's intended purpose since those game machines only exist in Japan, but it's a pretty darn cool thing to own!

I just had to wear it, I just had to! Don't kill me please! xD
My arm is maybe a little too big for this thing, it just (barely) fits, but it does feel slightly uncomfortable. It does look good enough so I don't care as much c:
The opening is where you can insert the Mega Stones, if it has batteries inside it you can assume the 'pose' and it'll light up, change colours and make noise!
It's also supposed to communicate with Pokémon Torretta game machines in Japan, but yeah ^^;
I took it out of it's packaging just for these photos, it's back inside now. I did not damage the packaging itself, just removed the tape.

Well, that was it for my first post to pkmncollectors!
I hope I did everything the way it's supposed to, and hope everyone who read it enjoyed it!!
More post to follow, usually with a month in-between!