Hype! So, as a last minute arrangement it seems I am going away this Christmas to spend time with family...so my boyfriend and I decided we would have Christmas TODAY! (Lugging our presents all around the UK didn't seem like a very plausible idea so why not open em early hmm? =P)

All in all I think this is the squishiest and fluffiest Christmas I've had. ALL my presents from him were plush and I would NOT have it any other way! <3 So without further ado, here is my first "gets" post on here! Wooh! 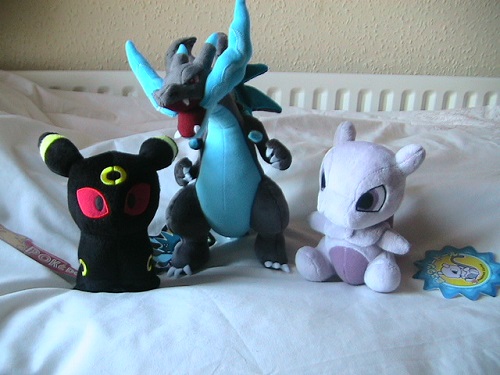 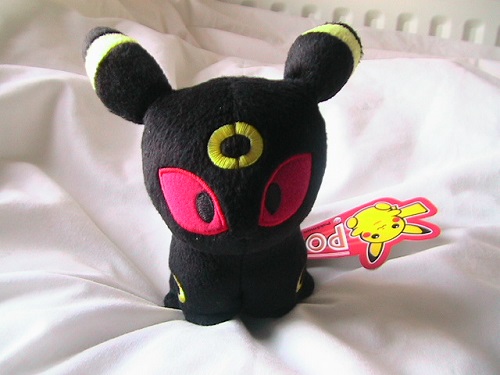 Such big, wide eyes <3 Bless his little socks though, he's such a lazy Umbreon and sitting up without faceplanting is such a chore! 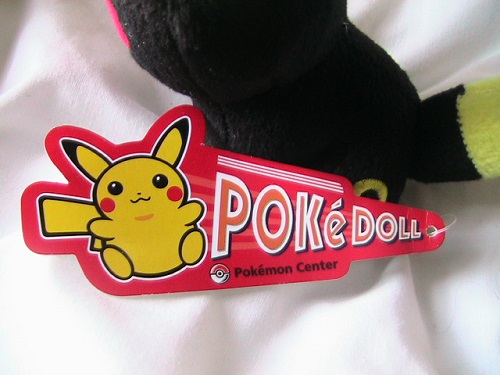 Here's his tag, AKA, his ticket of authenticity ;D Nice shadowed text, barcode on the back and he even still has his price sticker still on from Nintendo World! He has a small crease there as pictures on the end of his tag, but I ain't worried! Just so happy to have a legit Umbreon Pokedoll <3 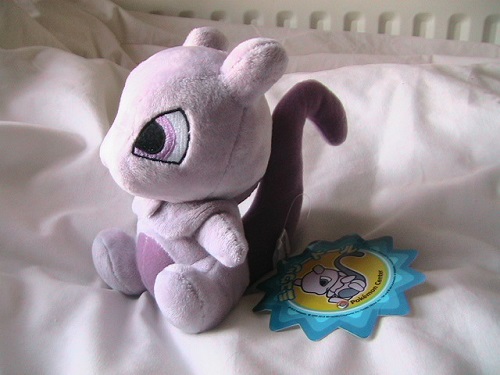 Here's Mewtwo! He's such a derpy looking alien cat clone xP But absolutely adorable with it at the same time! Sadly he was squished into such a tiny small box when he was shipped that his face got a little smooshed around so I've been sat moulding his stuffing back into place for a good ten minutes =P He looks normal now so it's all good! 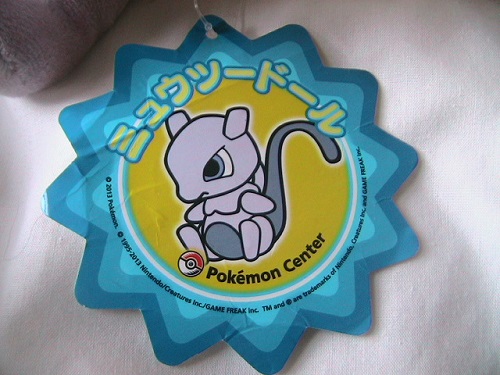 And his tag, sadly the tiny box took it's toll on this aswell =( My most heavily creased tag yet, but again, I don't care! <3 I'm just happy to have him and a hangtag is a lovely bonus aswell regardless of it's condition. 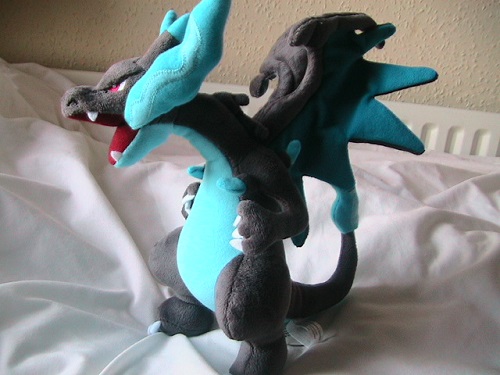 And finally, Megazard X! Now, he's not something I would have picked out myself as I simply have Pokedolls on the brain! But I am SO happy I was bought this by my boyfriend! What an amazingly detailed plush! I still can't get over how well made his head is and how ferocious he looks! And he's got sentimentality to him too! =D Megazard X was one of the main Pokemon I used in my Pokemon Y game when my boyfriend and I decided to do double Battle Maison together =D I used Charizard X and he used Y and surprisingly, we got very far in together without the need for our backup Pokemon! It was an overall fun time and I'm so happy to have a little plush souvenir of that occasion! 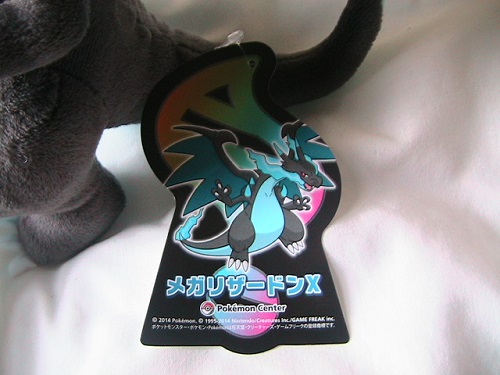 Apparently I still have one present yet to arrive here...and I have no idea as to what it could be xP If it's Pokemon related, I'll be sure to post!

Thanks for looking guys and Merry Christmas to you all! Hope you have a Pokemon filled one! =D