Introduction + collection, recent gets and wants

I'm Usagi or Bun (nicknames I have because of my love for bunnies), 22 and I'm an art/design student from Croatia. I've been lurking around here for a while but I've been too shy to join earlier. >w< I've loved Pokemon since 1999 but I've only got serious in collecting and playing games in 2013, when XY came out. X is my first Pokemon game (heh) and it wouldn't be so if my dad didn't surprise me with 3ds. My favourite Pokemon are Victini, Piplup, Eevee, Dedenne, Reshiram and Buneary. I also have a soft spot for Espurr, Fennekin, Zorua, Altaria, both Meowstics and fairy/normal types in general.

I'm looking forward to meeting you all! ｡･ω･｡

First package was from hobby_japan on ebay this Friday. 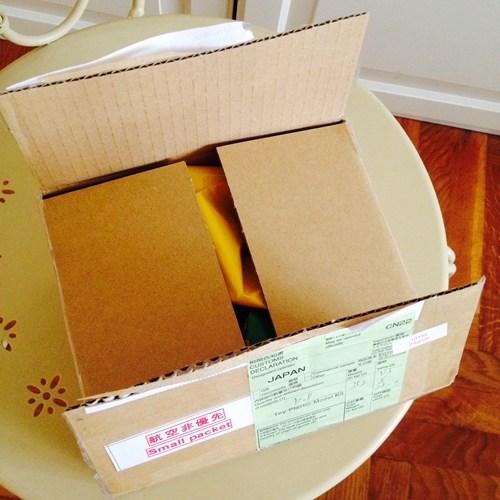 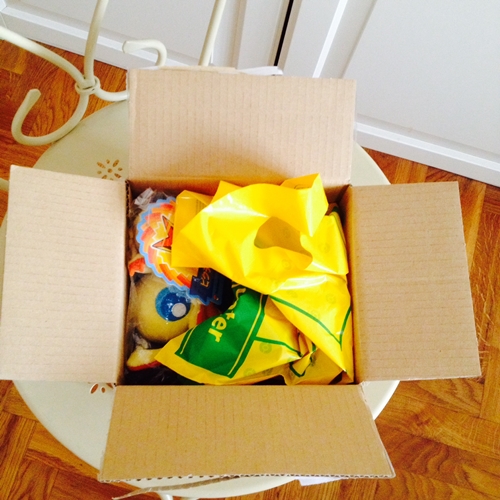 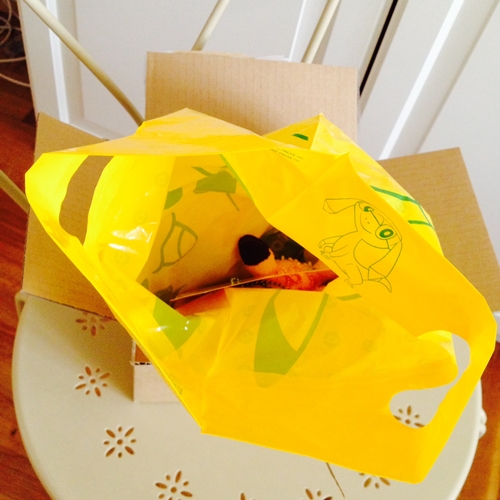 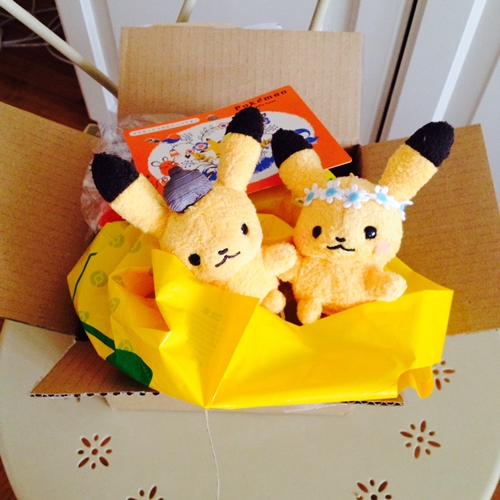 Pika dance party pair plush! They were holding hands as I took them out. (There's also Victini pokedoll here but more about it in photos below.)

And today I got this 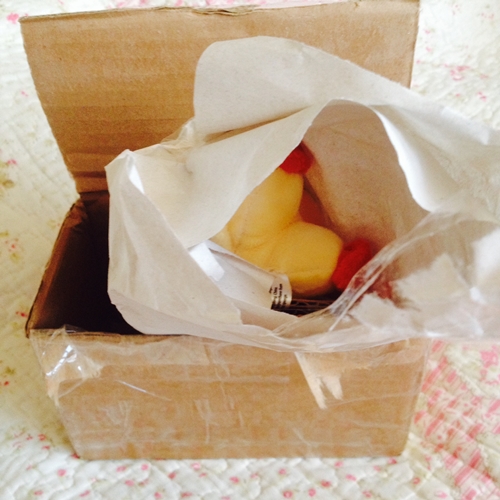 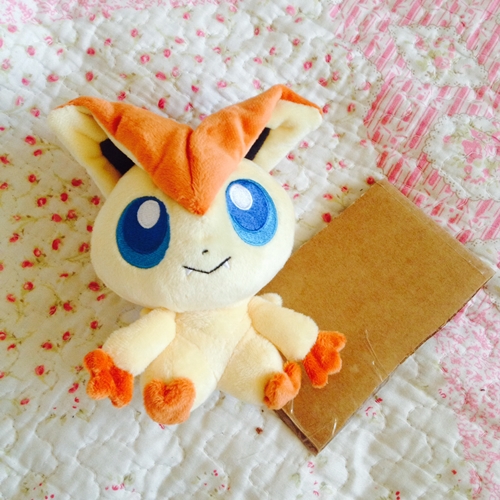 2011 Victini pokedoll! I wanted it for so long. This one is from Storenvy and after I bought it I realised it was from someone here! ^^ 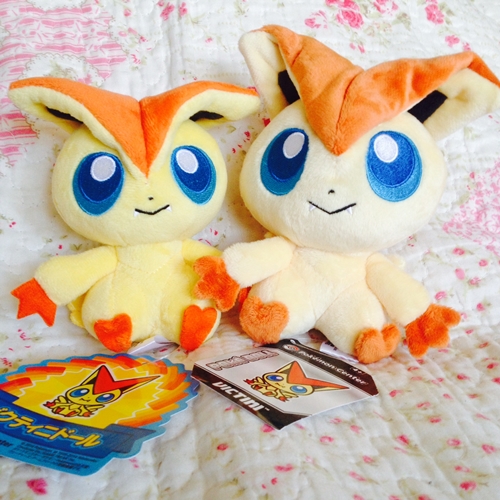 My collection grew quite a lot since I bought my first plush back in February 2014, a Spritzee. I have some Hasbro and reversible pokeball plushies as well as Tomy figures from when I was little but I have find them. I'm a bit terrified of finding them since their condition might not be the best because of humidity and dust. 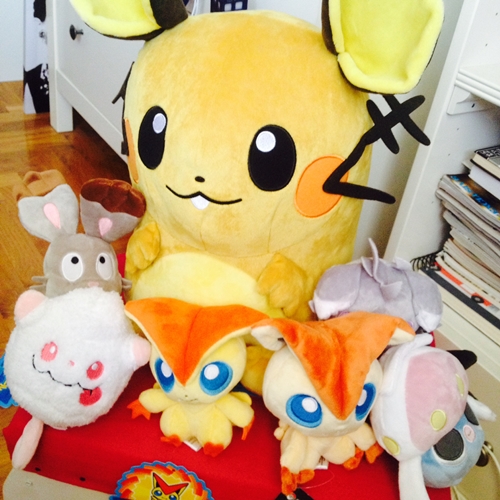 My favourite merch to collect are pokedolls, stationery, charms and home goods. :> 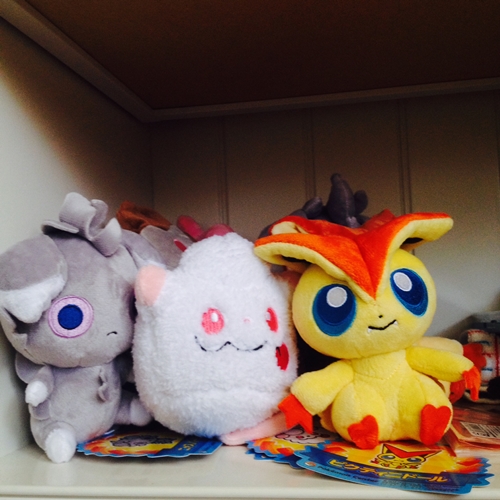 I forgot to take photos of Spritzee and Espurr with Pokepuff (bits are seen in the back). 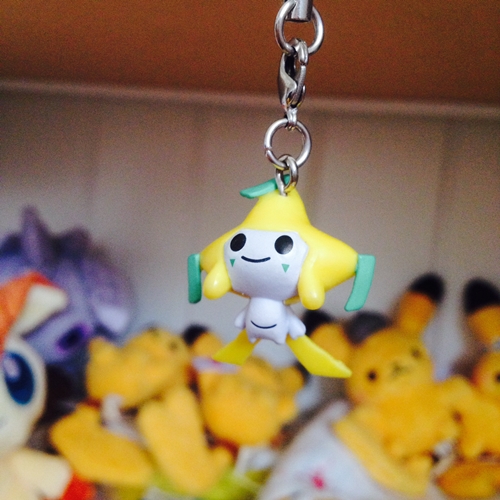 Jirachi Pokemon Time charm. I got it the same time I got Spritzee. 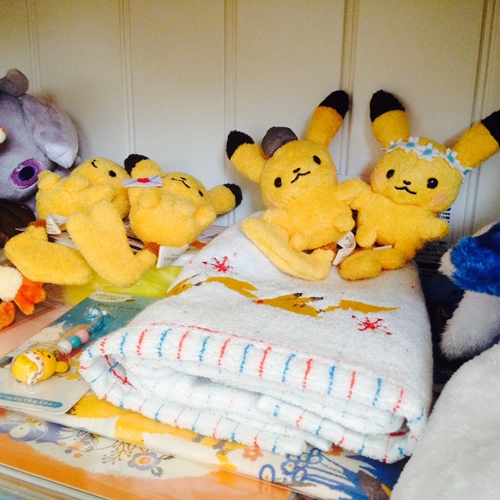 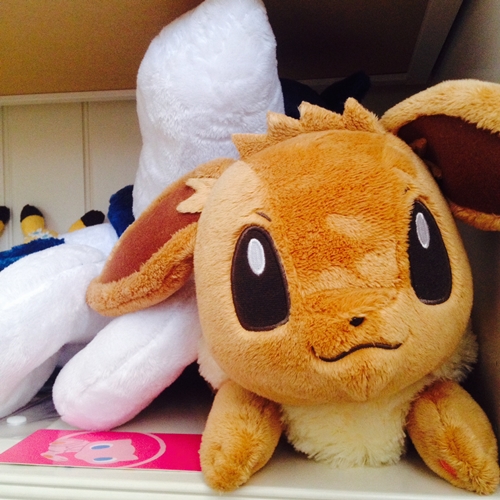 I love Eevee plush is so soft and cuddly! 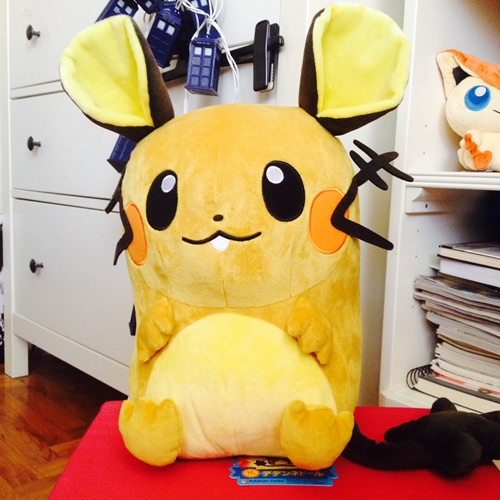 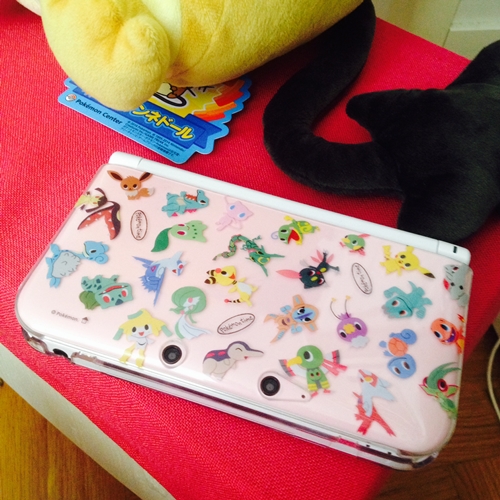 This hard case is super durable. Unfortunately the back cover has a lot of scratches for some reason, even though I put it on soft surfaces and with care. :< The front is without scratches thankfully. 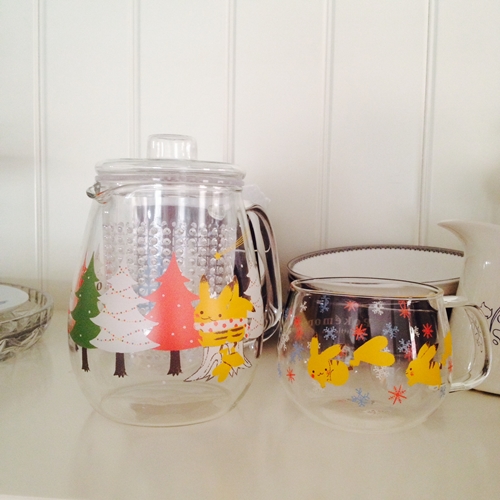 The rest of Little Tales. I don't think I'll every use these two because they are so light and fragile. 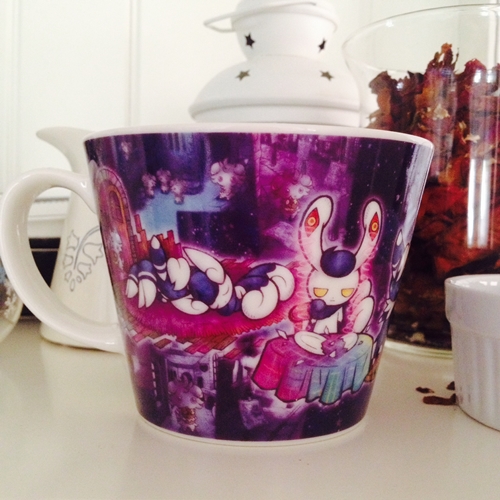 This one I use rarely only because I don't want to damage it. :'D 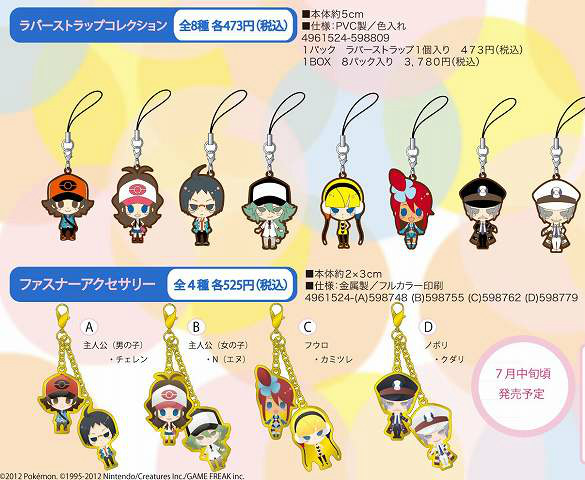 Pokemon Mate N and Touko metal charms (picture is from this post, if you want it to be removed, I'll gladly remove it) 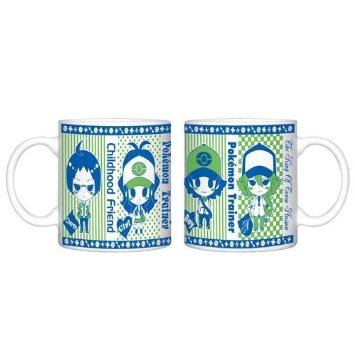 Pokedolls:
(can be with or without tags - I would like them to be in a good condition)