Hi guys! Just wanted to show off something I did today... finally installed the first of three shelves in my room. I've always kinda wanted shelving, but now that I'm collecting, the need is even more real. 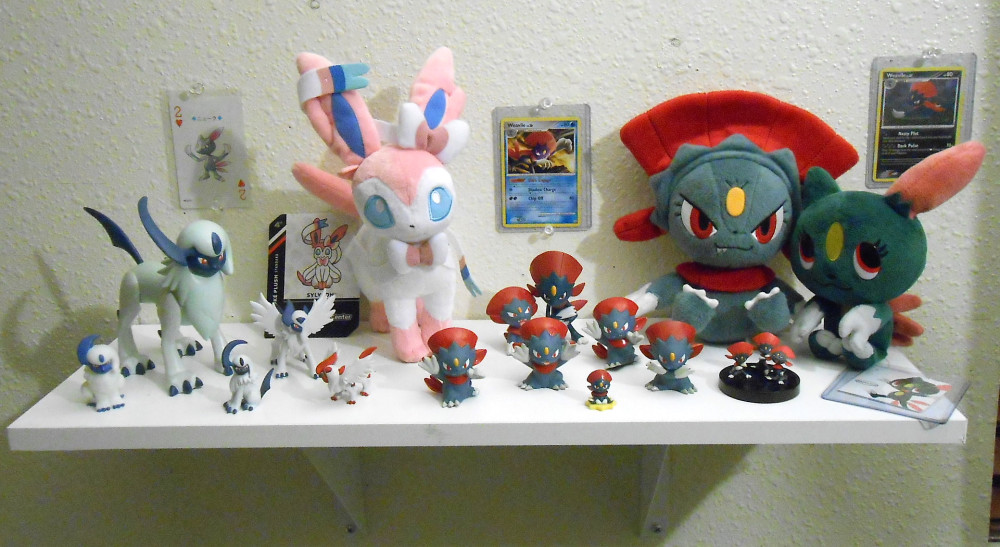 Yay! The shelving will all be next to my window (which is to the right) and will be the first thing you see when you walk into my room. I'll ideally be putting two more shelves above this one, though I worry a bit about the lower ones not having enough light on them. Anyway, for now it looks good, and houses my Weaviles, Absols, and Sylveon standard plush. My Lucarios still live on my bookshelf for the time being. 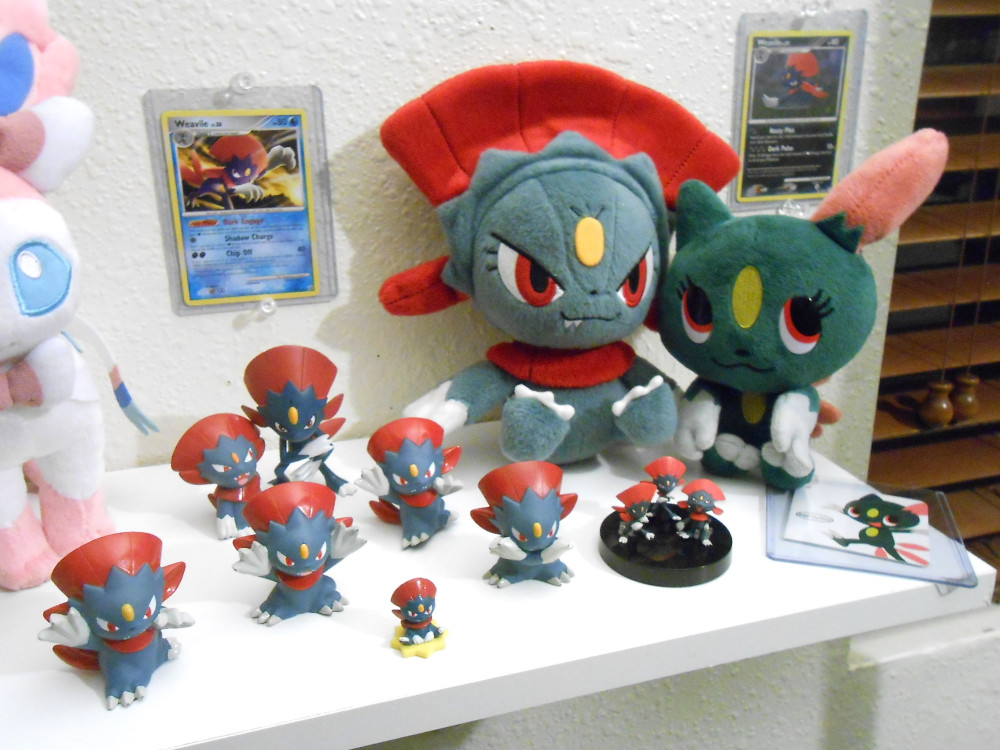 It's gonna get a lot tighter here when I get my FromJapan orders arrive. The pokedoll and Sneasel Pokemon Time plush were both gifts for my birthday! I was really surprised to get them both - I had been so close to ordering the Sneasel off FJ just a day before, so glad I didn't. I also have the I <3 Gothic plush, but he hangs out by my bedside table.
The poor Jakks figure needs to the kid's support to stand up :c 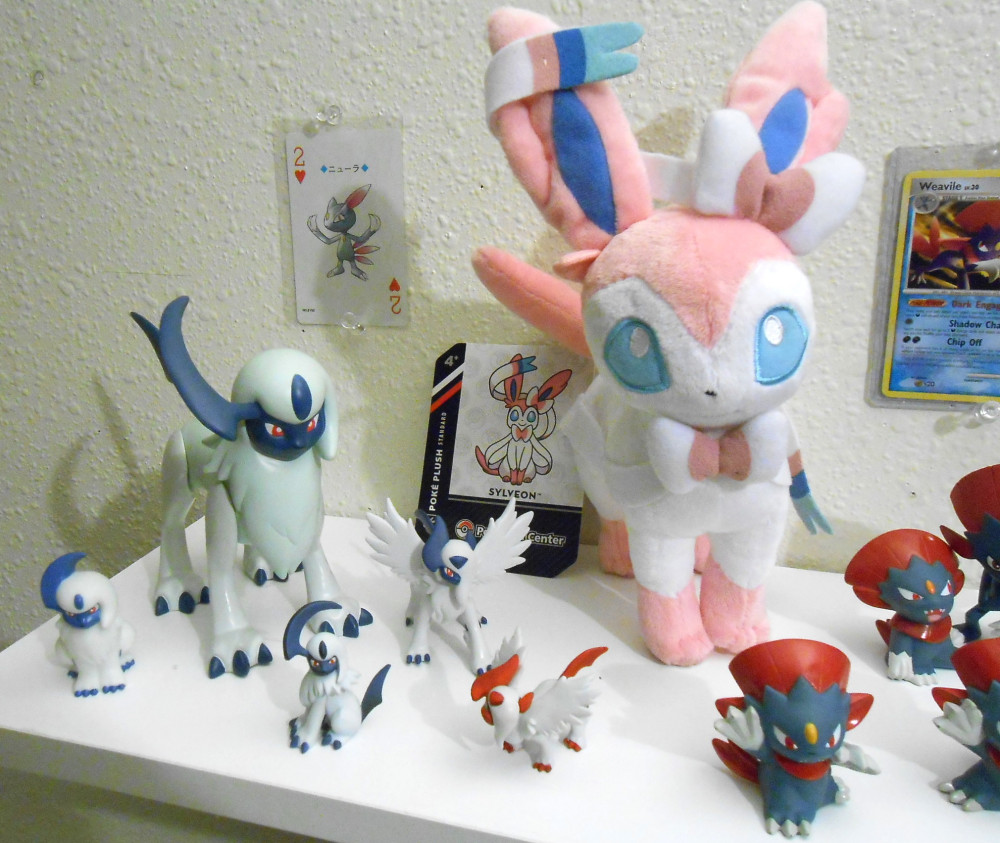 These gays make me realize how few Absols I have! Hopefully that'll change as time goes on. The shiny figure is actually a custom repaint of the Tomy Arts Mega VS. figure. I found a full set of acrylics at the Salvation Army one day and decided on a whim that I'd give it a shot. It was thankfully fairly easy to paint... I'm no expert, and I know it looks a little shoddy. But from a distance it looks great, ha! 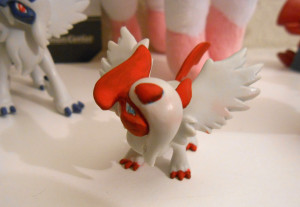 Also gonna do a quick plug for these wants. There are a few minky weaviles floating around out there rn, but two are way overpriced and one on FJ has a weird nose. If you are selling one let me know!

I have four things sitting at the FJ warehouse right now, god I knew using a middleman would be a slippery slope but it's a lot of fun searching through Y!J. Are you guys waiting for anything special?

That's all for now, thanks for looking! Really excited to start the Spring Swap soon.