A Lucky Little Get

Hi everyone! I was going to do a formal gets post today with everything that has come in the past few weeks, but I think that will have to come later. For now, I have just two new little guys that I wanted to introduce, one of which was an extremely lucky purchase... 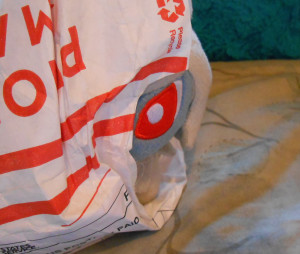 This was definitely a case of being in the right place at the right time. I happened to be browsing ebay when a new discovery popped up on my tags, and it was an absol pokedoll. They aren't the most common sight when you're looking for items, but nothing about it seemed too out of the ordinary.... until I peeked at the price. What the hell?? Seven bucks?? And it looked legit!

I hit the purchase button as fast as I could, half expecting it to already be sold. Fortunately, I was able to grab it!!
I was a bit nervous about a pokedoll - especially absol, who is heavily bootlegged - being so cheap, but when I opened the package this morning my fears disappated. 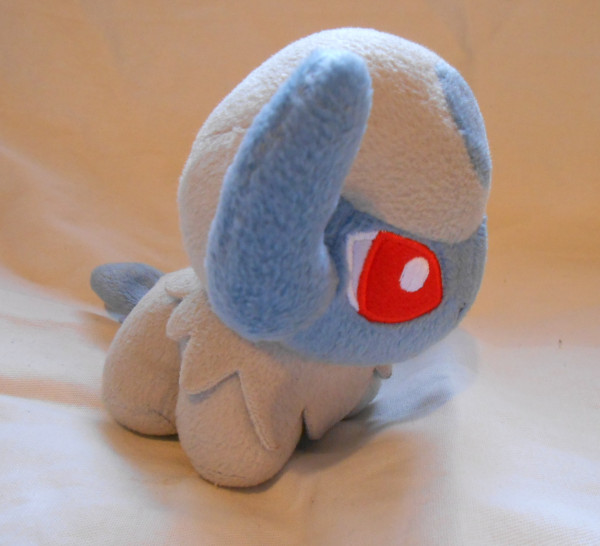 Yup, this little dude looks 100% real to me. No freaky facial features or warped body. Below are some pictures of the tag. I'm not an expert on pokedoll tush tags, but I do know that legit ones have the "S" sticker. Absol is sadly missing the S, but as you can see in the image on the right, there is a circle-shaped spot of glue residue on the inside of the tag. Surely this is a remnant of the original sticker. 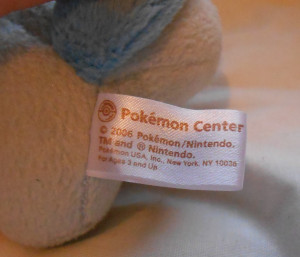 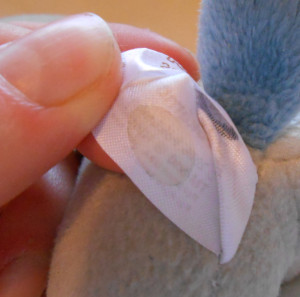 I am so happy to own an absol pokedoll! I never thought I'd have one unless they rereleased it in the states. As we all know, absol is rather pricey, and I just couldn't justify that price for a normal-sized pokedoll (it was hard enough on my wallet to purchase the DX weavile all in one go). I'm so lucky to have gotten this guy for an amazing price, and he'll have a loving home with the rest of my absols and weavs. He doesn't even facepalm too much! 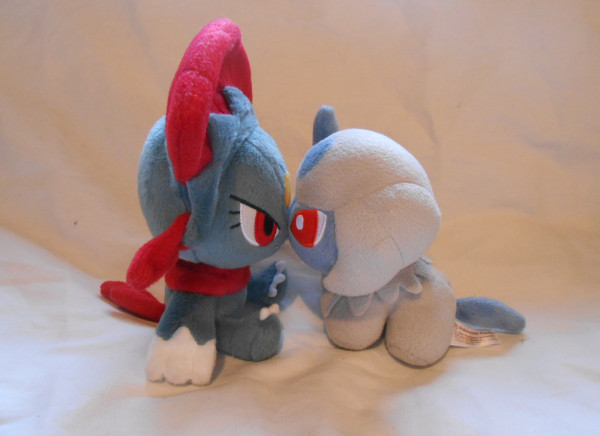 Next up, I wanted to show off my new minky weavile pokedoll! I got this one on Y!J. I'd been waiting for a good-looking one to pop up (the other one on Y!J had a weird nose). He's SO soft and cuddly, and this is my first Japanese pokedoll with one of the awesome star tags. I was going to possible sell my velboa weav after getting this guy, but they're both a little different and unique, so I'll be keeping both :D 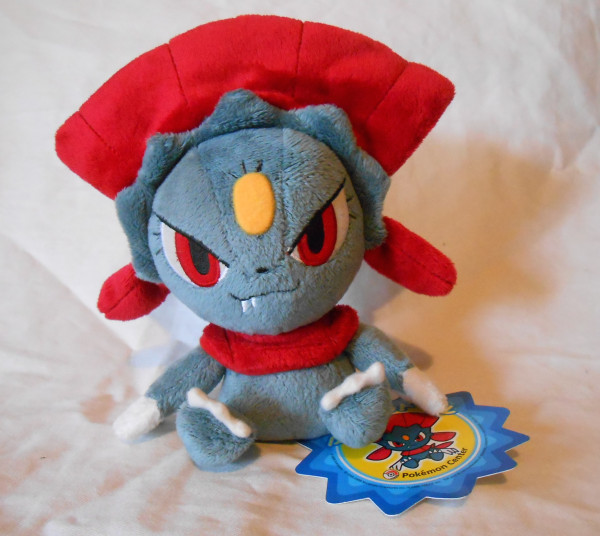 The whole pokedoll family! I've had a few pokedolls pass through my hands, but these are the only three I've kept. :> 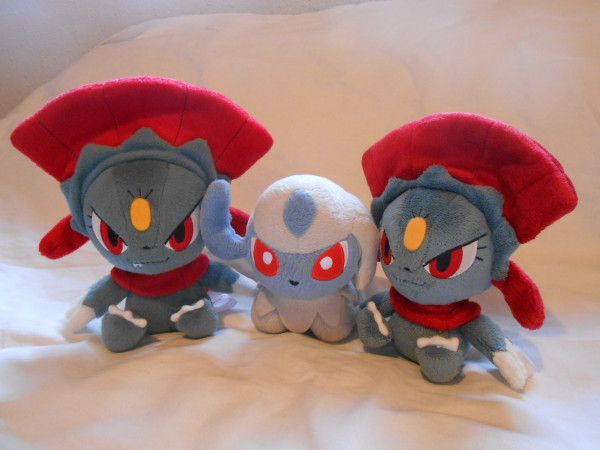 Aaaaand that's all for now! Thank you for reading, and please do check out my sales! 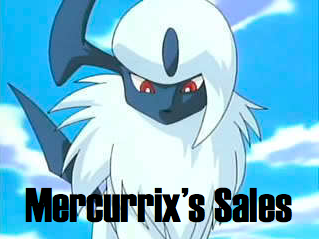