Knee-deep in styrofoam all for this lovely fella~

Hello! Happy Memorial Day Weekend to all of you!

I'm not sure if anyone remembers, but a few weeks back I posted about my recent holy grail get--the 32 inch Play-by-Play Charizard plush! He was in the most amazing condition when he arrived, but, as usual with these big sized carnival plushies, he was filled to the brim with little styrofoam pellets. Since I like to keep my babies nice and plump with squishy stuffing, and since I had some spare time this weekend, I decided it was about time that I give my giant friend a complete makeover! The entire process took about 2-3 hours and my apartment was completely covered in these freakin' little styrofoam balls. Needless to say, I'm exhausted ><

Anyway, I put some before/after pics of my big boy under the cut. Check em out~ 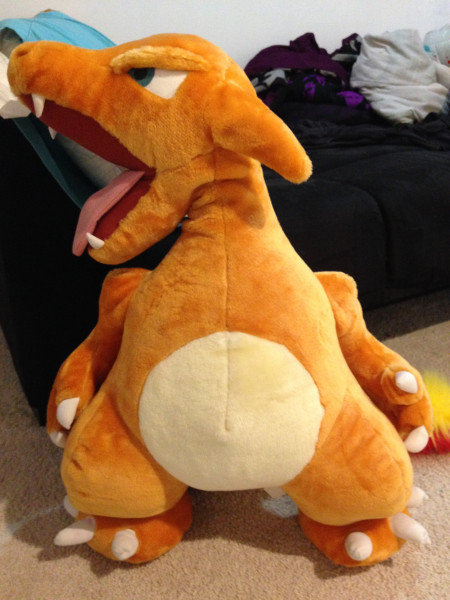 Here he is before the re-stuffing! As you can see, the neck was a little floppy, but for the most part he was in pristine condition. He did, however, smell a bit like mildew as he was probably stored in a basement or garage for a while. Nothing a machine wash can't fix! For some reason, the giant size plush don't have any wiring in the wings :/ My littler guy does and his wings are all perky and stand up perfect. The wings are just one more thing to fix up with this big guy. After I took out all the styrofoam(hundreds of hours later xP), he looked like he was just snowed on! And, like I mentioned before, his smell. So I wrapped him in a pillow case and gave him a quick wash. Here he is all clean and tidy, but a bit flat if I do say so myself...Hey, 'Zard, i think it's about time we stuff you up.... 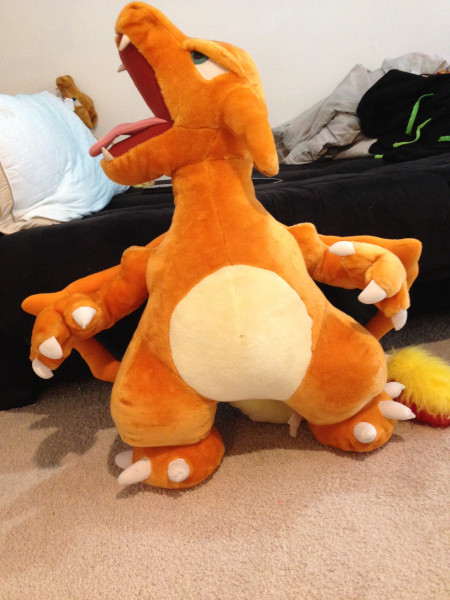 TA-DA!!! All perked up and filled with poly-fil. His fur definitely got brighter after that wash and now he's oh-so-cuddly! I made sure to really stuff his neck up so he lives up to his actual size. 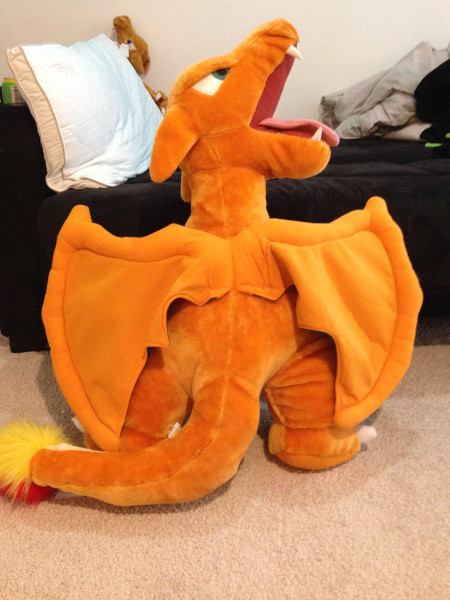 Remember the floppy wings?? Welp, I sewed them to his back so they don't droop as much! This was the hardest part because his fur is so thick and the wings are actually pretty heavy. They do still droop a bit, but not nearly as much as they did before his makeover!

Thanks for looking everyone! Have a great rest of the weekend<3