Huge update on gets! Plus a few questions.

I haven't posted a collection update in a while. I changed my display shelves numerous times since my last update, and finally settled on four main collections! Super image heavy under the cuts, I apologize to mobile users.
First off, I've got a HUGE Giratina collection now. Last month/two months ago I managed to get the ShoPro Giratina brand new for a SUPER cheap price and I am so grateful <3 I had gotten a bunch of small stuff as well, but I'll be showing only my main collection. I also only have 26 more legendary figures to go! I have 68/92 in total. I'll include the link to the list under the cut!
Really hoping these snips work aaaaa

Starting off with the biggest collection! 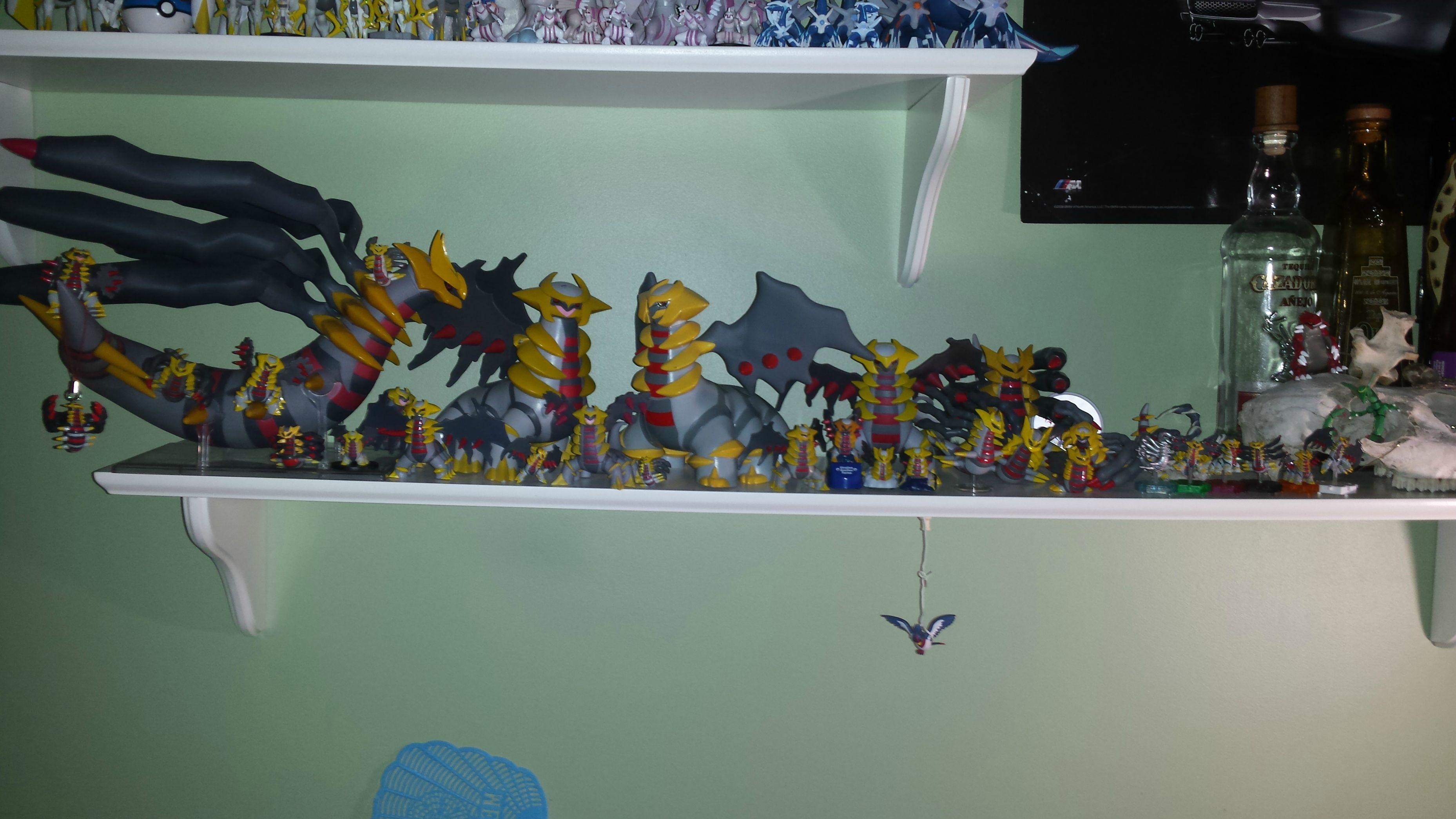 My current count of figures is 37, including ones I'm still waiting for. (You can see my flying Swello ;>  ) 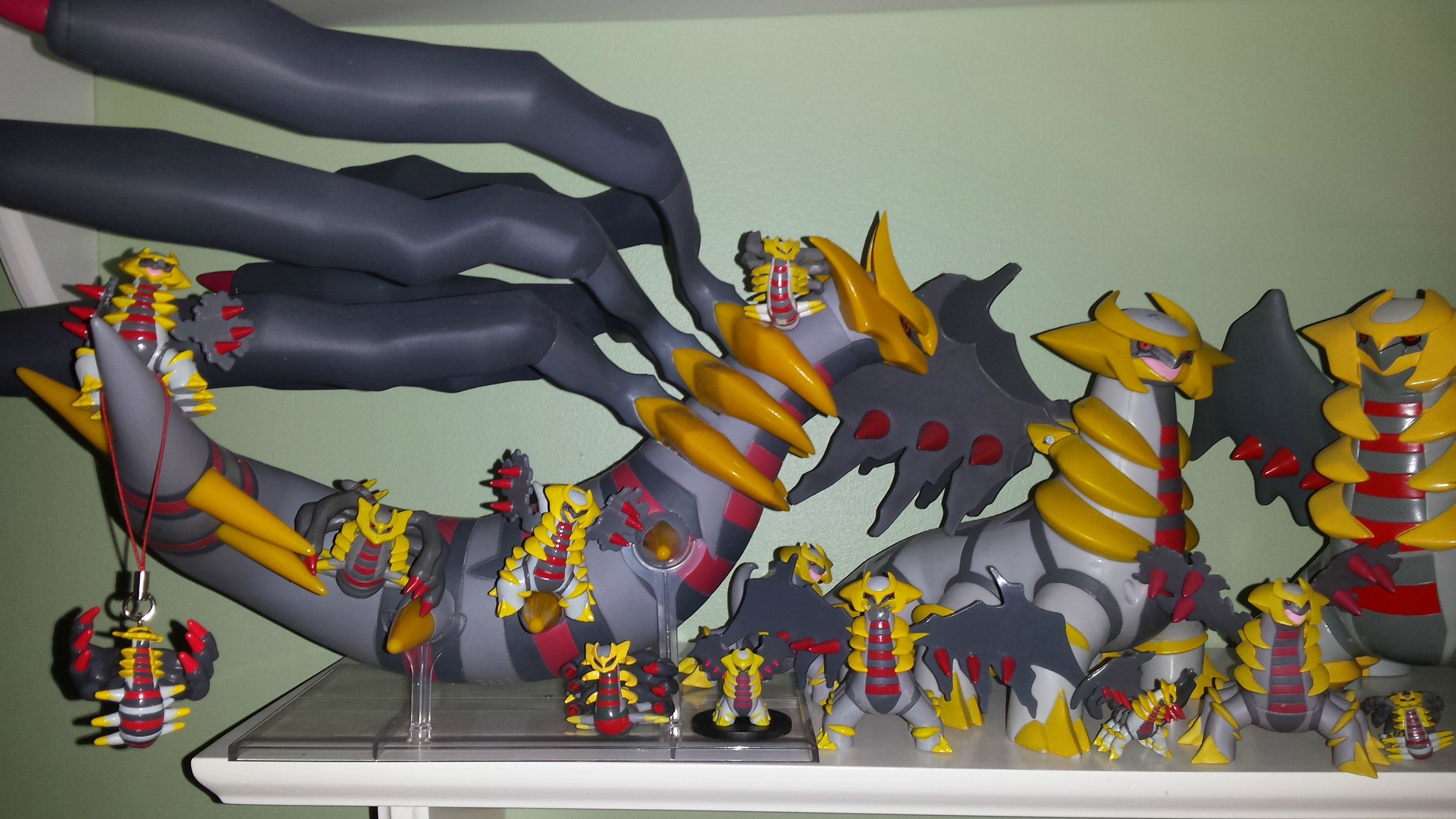 I have two Altered2 zukan, but the one in the back that my friend

irrisichide gave me is broken beyond repair+missing parts. So I shoved it in the back lol 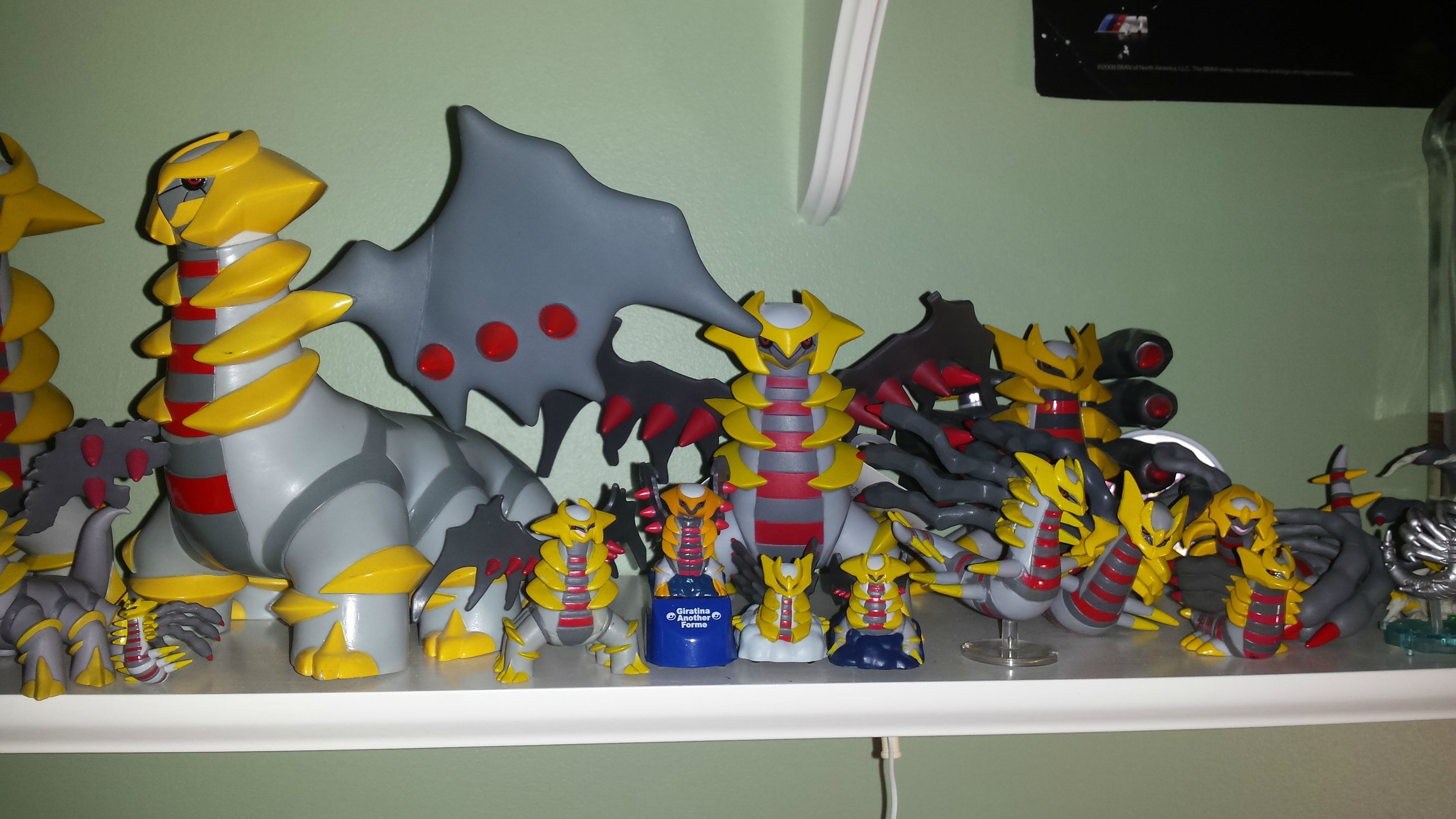 I just need the large Altered1 roller and the roller set is complete <3 The smaller Altered roller has such a small face and I feel so bad for it. 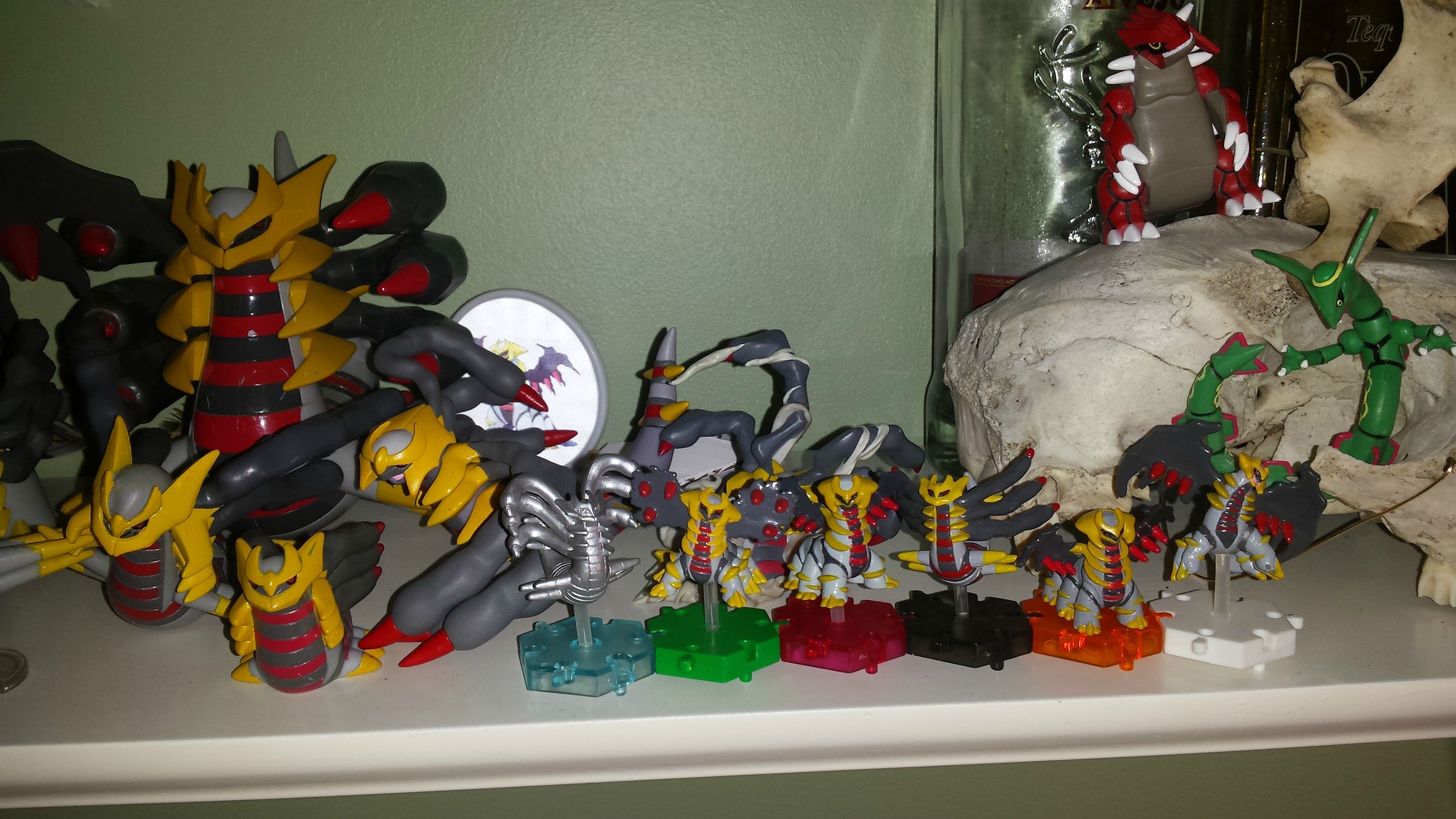 I used some of the Arceus chou get bases in this photo. You can see my broken Groudon and mouthless Rayquaza chilling on the deer skull. 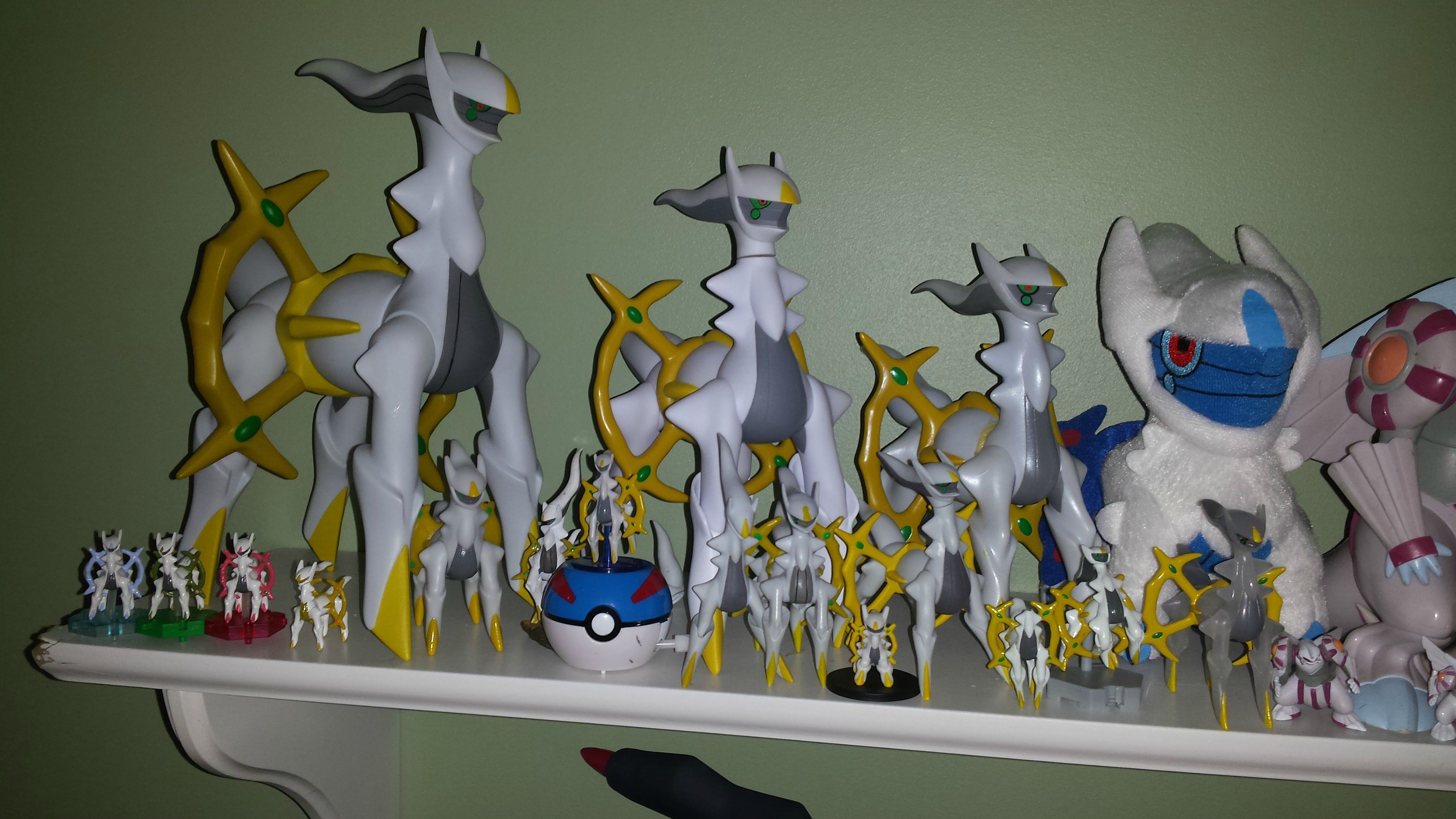 The electric plate Arceus had a black base, but it's currently being used by one of the origin forme Giratinas. The MC+ Arceus is missing the tail.

irrisichide gave me is missing the middle. But I love it nonetheless. 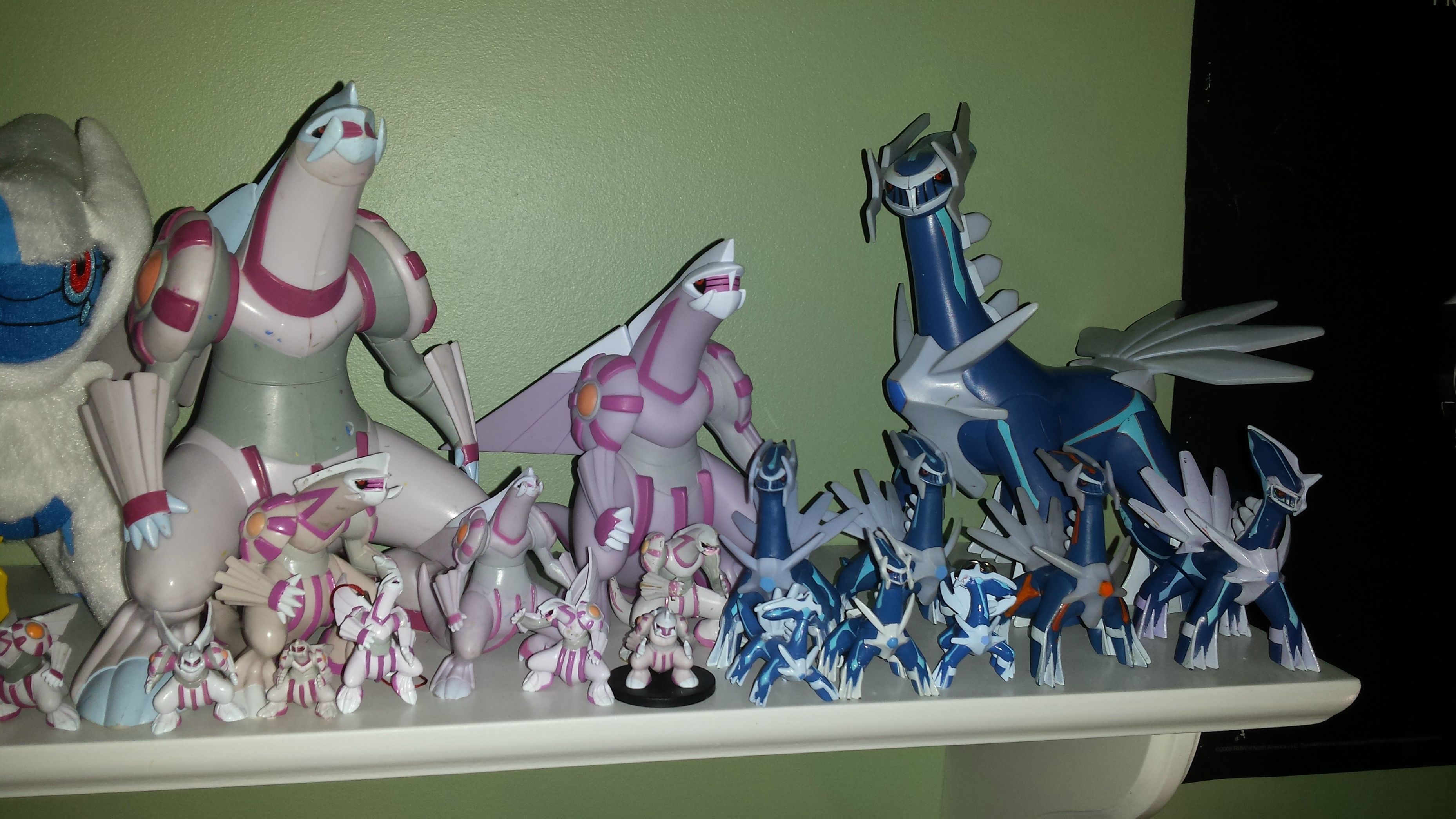 I'm starting to collect these two. My favourites from them both are definitely the subarudo figures, even though Palkia is missing both wings+mouth piece while Dialga is missing the other side head thing. I made cardboard replacements, but they wouldn't stay on akjdfkjfd
I have a few things I'm still waiting for.

irrisichide is currently holding my ShoPro Arceus and a DX Tomy Kyurem <3 As well as some small stuff I hope to sell in the future when I get sales permission. I plan on picking them up from her after I get back from Alaska!
I believe the Kyurem is this one

I have a few more small Giratina figures in the mail. I'll have to retrieve those after I get back as well D< 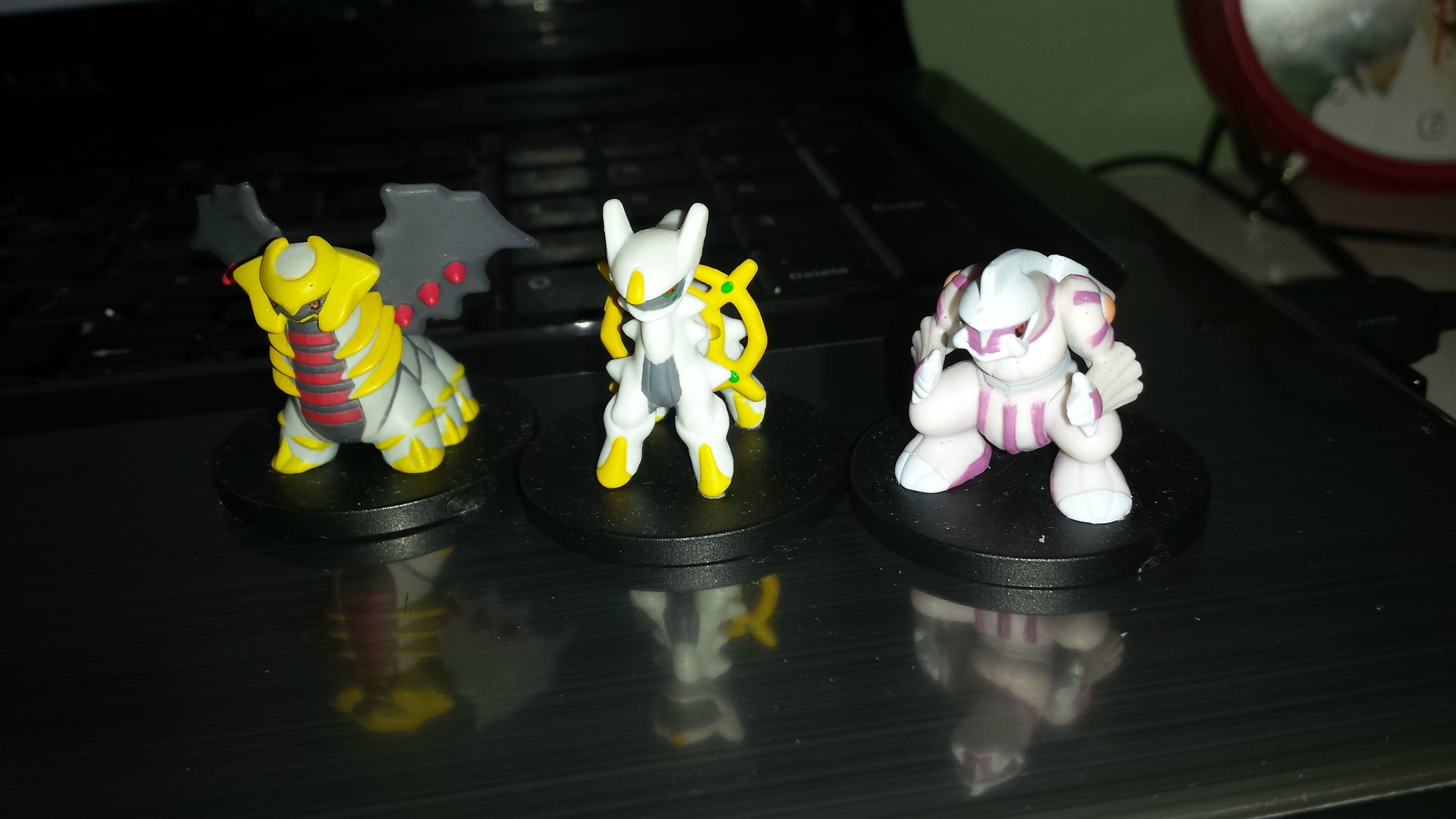 I have these three cuties. They're the Arceus movie figures made by Banpresto (or so I've read). Does anyone know where I could get the Dialga one? I'd be interested in buying it in the future when I get enough funds o:
Giratina/Arceus detailed wants list here!
FULL detailed collections here! They each have their own tabs.
Legendary owned/needed list.
I was supposed to get this set here

but I guess it got lost in the mail. The last update tracking has was from April and it was in Texas. ¯\_(ツ)_/¯ USPS stinks sometimes.


1. Why are the Tomy Giratina so expensive? These ones;

and most specifically this one

. It's not the shiny/clear ones, it's the regular ones I'm talking about. The cheapest I've seen the first origin forme one go for was $20+. I wonder what makes a lot of those figures so expensive? Like the ShoPro or the MC+.
2. Does anyone have 5 Chou Get bases+sticks they could sell to me? I need them for my baseless Giratinas and Arceus :>
3. Does anyone know where these two figures are from?

I think this one is either a chupa or a keshipoke. I'm not sure. (two photos are mine c:  )

This one was ripped off of some kind of purple base. It's a rad pose, though.