Moving! + A custom get + Help fill my apartment with Pokemon!

Hey everyone! Once again, long time no post. I moved into my own apartment recently so I got to rearrange my collection to my heart's desire! It's nothing too special but I just wanted to show it off: 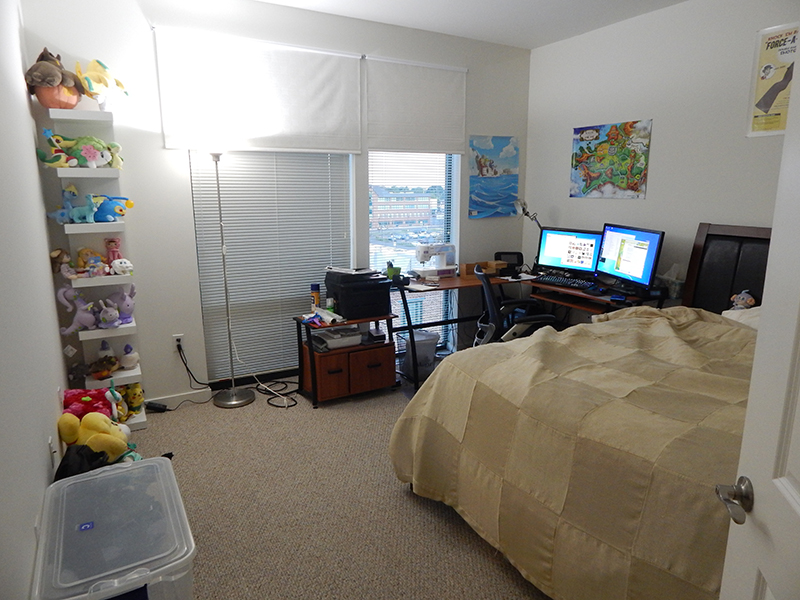 Here's my new bedroom! It's not as big as my old one at home, but still plenty big enough for a nice shelf! This corner shelf is a Lack shelf from IKEA, great for displaying smaller plushies. Unfortunately none of my larger plushies have a place to go so I'm gonna have to get another wall shelf for that...

Oh, but there's something cool about this shelf:

It's got LED lights! Long story short I had an unused LED strip because I never got around to making the cosplay they were supposed to be used for, so I decided why not hide it behind the shelf against the wall? The effect is much more subtle in real life, it's hard to take good pictures of these kinds of things in the dark. It's not too practical but it's like a fancy nightlight so why not =P LEDs make everything look better. They're super easy to install too; the LED strip has an adhesive back so literally you just stick it to the back of the shelf.

I've got another shelf in the living room of my apartment though: 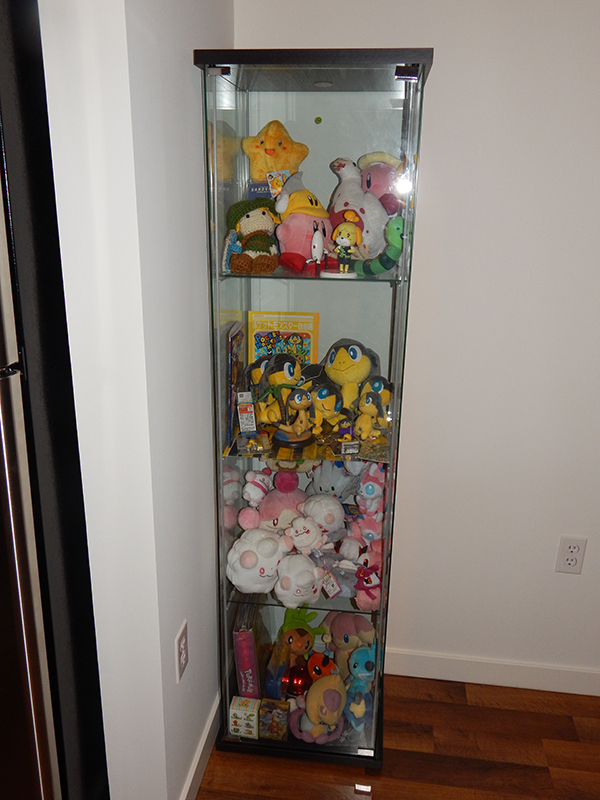 This cabinet's also from IKEA, I believe it was a Detolf cabinet. Just another way to display larger groups of things, such as my Helioptile shrine and my fairy collection. And most of my non-Pokemon plushies, haha. This one could probably use a light, which is actually entirely possible as there's a hole in the top through which you could feed a light.

My collection hasn't been growing a huge amount, but there was one plushie who I was excited to acquire recently: 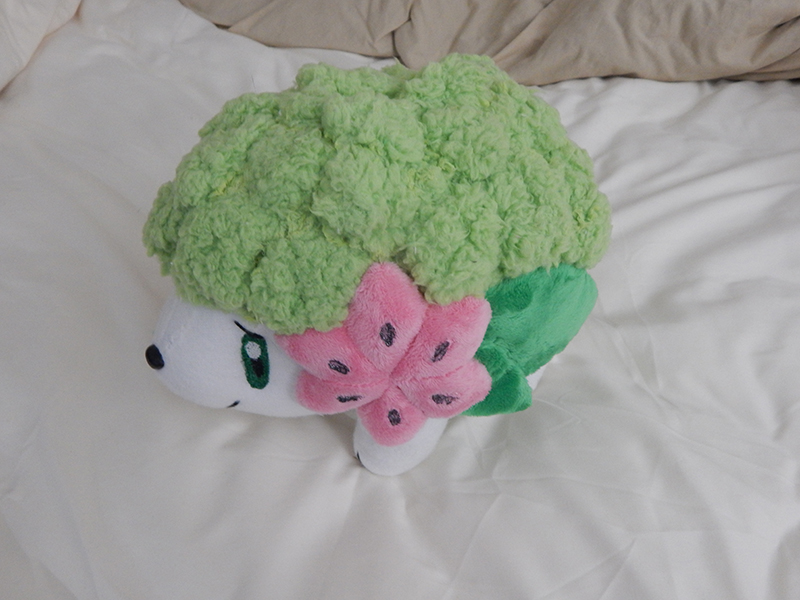 Look at this precious babby! This is a custom life-size Shaymin made by the ultra talented zareidy! He was actually made for an art trade; I agreed to make her a Jirachi in return! She actually sent Shaymin to me earlier because she's temporarily away, so I managed to get a picture of both of them together: 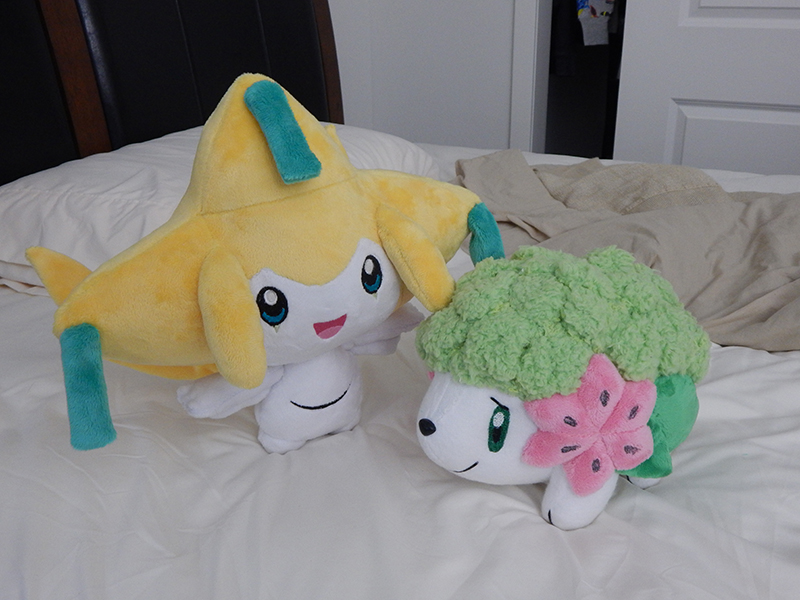 So precious together! They're both actually life-sized. So if they showed up in your bedroom one day this is what it'd look like =P


Anyway, the main reason I'm here is that now that I have my own mancave, I'd love to have a bunch more Pokemon related things in it! Things like mugs, utensils, towels, lamps, things with practical uses or more intricate forms of decoration! I have no idea what kind of stuff is out there but if you're selling anything of the sort I'd love to take a look.

That's all for now. Thanks for reading!
Tags: shaymin
Subscribe