AWESOME GETSSSS (with pictures and shoutouts!!)

Hey guys! Long time no post! I kept wanting to make a post but to be honest, I had no reasons to recently- until TODAY.

So here comes an awesome story with awesome swag under the cut!

Alright, so a couple weeks back near the beginning of August, a merchant group was hosting a picnic and gaming event for Pokemon. I decided, 'hey why not lets go'. I paid the fee for pre-registration, and on August 8th I was on my way! There was to be food, general merriment, friends..and best of all, contests. So I decked out my backpack and got me a new hat. 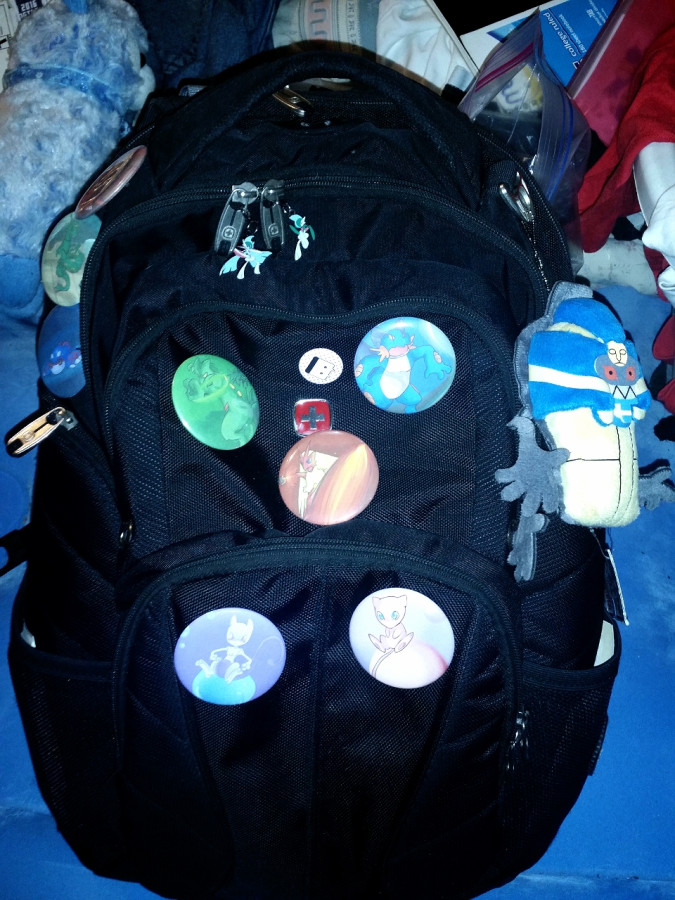 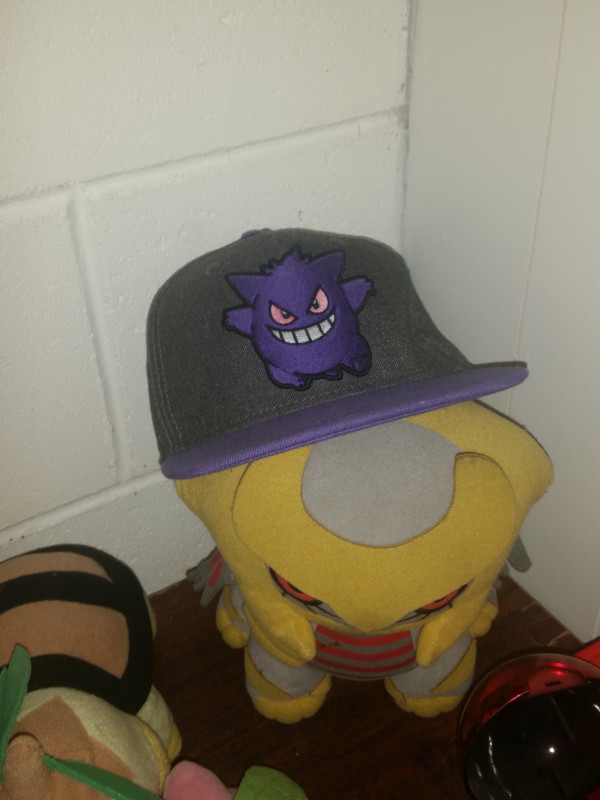 (sorry for the brightness my camera was being unfun ):)
....and I was on my way!

First up was a pokemon VG tournament. It was in singles format, so my team kinda suffered, and it was XY mons so I couldn't use my Mega Gallade. Despite this, I still won! The last battle was a real nail biter, that is for sure. Special thanks to the Aegislash I used to make it through. In fact, I thought it was really quite awesome I ended up winning with Aegislash, considering not even hours before I purchased this lil baby: (Goddd, it looks so amazing! I was surprised by the quality that Zukans still retain while managing to be inexpensive!)

After that, we did some playing around with a half-larp half-table top combat system that was cool in concept, but because of money shenanigans I kinda was at a disadvantage so I didn't play for long. But that's alright, but later they announced the winners to the BEAUTY CONTEST. I entered with my bad boy Croagunk. 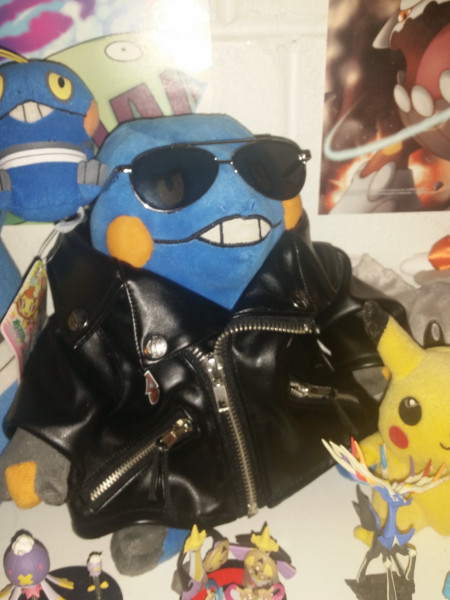 (He's actually kind of a wimp, but we all love him anyway. We're bad to the bone!)

We also had some other really awesome entries!! 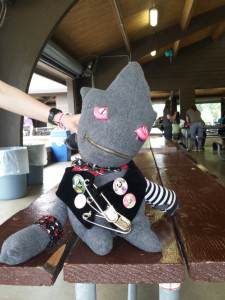 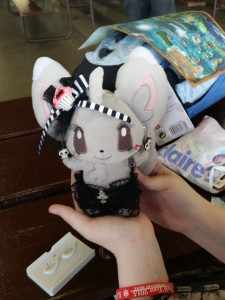 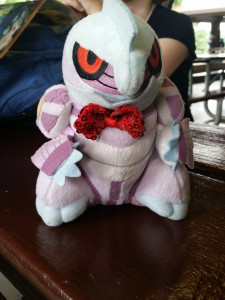 My friends have some really cool mons. The Banette was even hand made!! The Minccino looks oh-so-j-rock, and that Palkia sure is dapper!

At the end of the day, I honestly thought I wasn't going to place. It was late, mosquitos were out, and some of the other entries just kinda blew me away. But I won! I actually won! Neat right? My victory spoils were this... 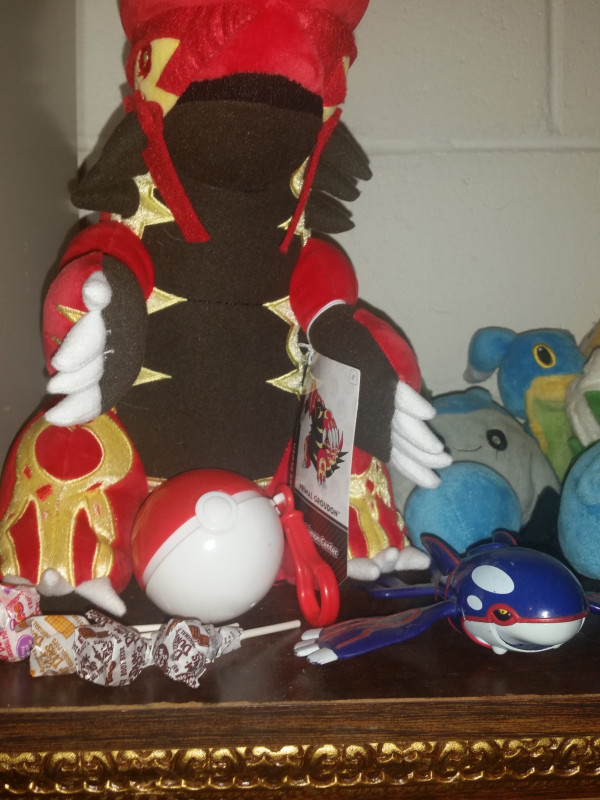 A big ol' PRIMAL GROUDON PLUSH!! He is SO SOFt like it was kinda ridiculous. So in closing for that, i wanna say thanks to my friends who showed up, the new friends I made, and here's to hoping the next one is even BETTER!!

Ohoho, but that isn't all! I also recently got an order in from latias_latios_7! I ordered some bead sprites from them a while back and I got them a couple weeks ago!! I couldn't do anything about it at the time because my internet provider was being ridiculous but now that they're here and I set them up I took a couple of pictures! 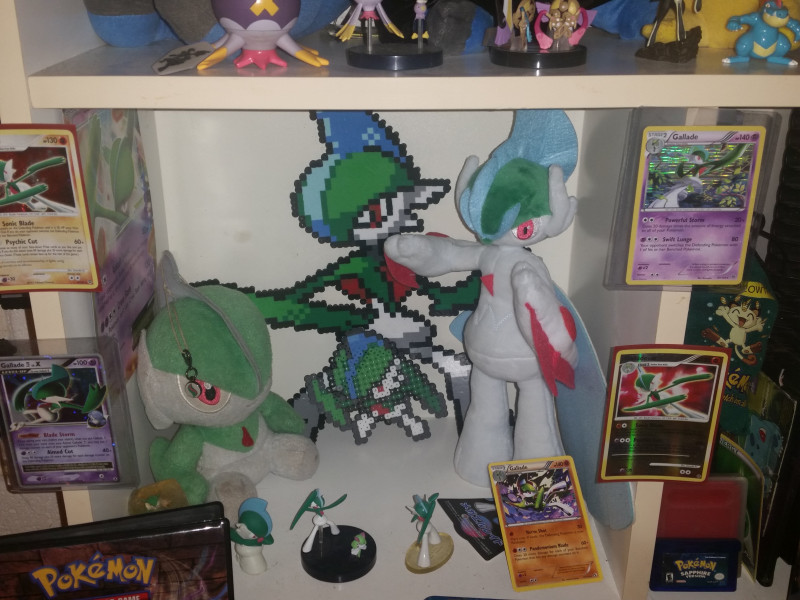 I got a GIANT Gallade sprite to go with the miniature one I have! He looks so handsome and radical. And here's the rest of my team! Thank you so much latias_latios_7!! I hightly recommend them <3.
Also, Pardon the walls. There's some construction and cleaning going on right now so Its not the cleanest. I'm looking into either moving or getting some tapestries to put things on, which leads me to a question. Is there a good way of hanging or displaying bead sprites on walls that anyone here knows of? Right now im using mounting squares but they arent super reliable and i'd like something more consistent if thats possible.
Thanks so much for reading, everyone! Good to be active again~!
Tags: aegislash, croagunk, gallade
Subscribe