Hello everyone! Since my last update, I've aquiered a great accumulation of things, and also a video and a couple of pics from the pokemon Worlds store that came over in Boston! 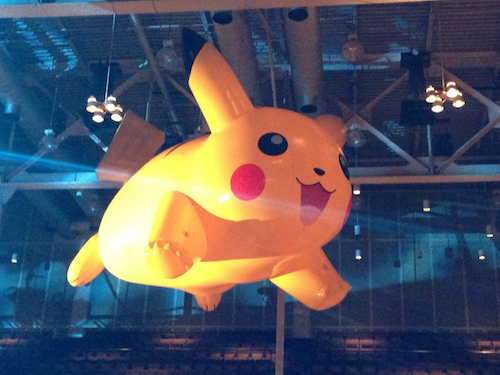 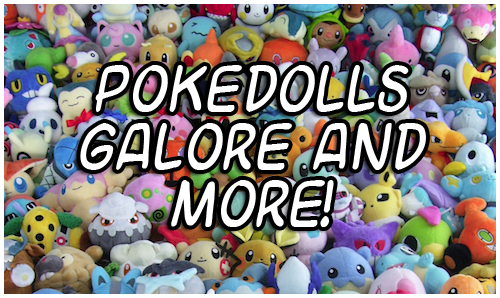 We start off with something small from my middleman. Funny story about this, the package got the status deliered when it got picked up, but after 2 days it arrived at my house. The status has not updated locations unusually.

Inside the box was only pokemon cards XD Only the ones from the top row are from SMJ. The bottom row are ones that I pulled myself. Ancient Origins were released very late in my town, almost 2 weeks after it's original release date. No place had them for sale. I've eyed the shiny cards of the legends ever since I've seen their pics, but when i bought them all, I wanted one thing: for them to all be 1st edition and in perfect condition. That wish came true :)

The seller that I bought the shiny legends cards from also threw in free cards. they're beautiful ;-;

Full art ards I pulled, minus the Xerneas card which I bought from ebay :P

skdarkdragon! My kuttari's and Vulpix! I named the Raichu, Morty :P I couldn't resist the Vaporeon, since it's my second favorite eeveelution. Raichu was too cute to resist. I couldn't pass up another chance to get a detailed Vulpix plush, so I got her too! I got a commission by s super close friend, and they told me to use it for my vaporeons <33 thanks Dan!!

Nothing can explain how adorable floppy these guys are! I love how vaporeon's tail isn't attached to the body. It's so detailed for a tiny plush!

Now Vulpix is with Ninetales at the secret base. Ninetales fits in the little basket so perfectly!

Cyndaquil and Totodile Secret Base Pokedolls from

pepperzark! I've delayed so long on getting the recent set of SB Pokedolls and I am deeply regretting it X( I've obtained a Chikorita which is still in transit and Swablu SB Pokedoll is the only one left. After seeing it in person, i prefer SB Totodile rather then it's pokedoll version. This ones just makes it so much cuter!

My 7th Beheeyem MPC from

polahbear who was obtained from a trade. The army is growing x3

I got these from tax free day, and decided to order from japanvideogames.com. I was shocked that they ha this set in stock. Like everyone, i wanted the black Quaza x3

Back of the box, to those who were curious.

Beautiful figures. interesting that they're made from recycled molds with former dates. None are dated 2015, all are dated years between 2005-2009, save for Hoopa :P

This poor Treecko ;_; He was from Target. My friends and I went there so I could buy some new shelves for the secret base. It was a project I've held off for a long time. i went to the toy area, and saw this dirty looking Treecko. I felt bad for him so I decided to buy him (asking for a small discount of course).

Mega Rayquaza was beautiful, so I had to pick up the box set because of the figure!

A week prior before worlds, My bff texted me saying that Toys R Us had new pokemon things, among them was the box set of the Mudkip evolution line. I couldn't pass it up, and decided to get them a day later. It was the last box in stock!

Unusually stackable XD They're so adorable, and Mega swampert looks rather sturdy!

Mega Garchomp as well. I personally prefer Tomy's version of Mega Garchomp rather then the Pokemon Center version. He just looks more chubbier and cuter, then the flat PokeCen variant.

Time for work gets!

Pokemon wallet and jakks pikachu figure from work. I wonder why this figure is always tail-less?

Eventually we get to one of the biggest workplace hauls, and that hasn't happened in a long time. My bff held 5 bags of pokemon figures with these guys in there. Some are missing piecs and some look like they've been chewed on from the former owner. Of course we split the figure lot by half! The pokemon book at the bottom was some kind of pokemon encyclopedia.

The next couple of days these showed up! A MIP Charmander ornament, a pikachu plush, magnets, and a pikachu pinball!

Pokemon Pikachu Pinball machine I got for $3 at work! I haven't tested it yet, since C batteries are something I don't usually carry. ^^;

Days before worlds, was these guys. there was a MWT Dewott, but a friend decided to keep it before I could take a pic, and my bff decided to keep plusle and Minun (since I had them both already xD) I kept Buneary.

Time to show off the new shelves!

The problem on why I held back on getting these shelves much earlier was because of one reason alone: I wanted ones that were tasteful, decorative, and also white shelving so it could match. I also wanted a 3 piece set as well. Before Worlds I went to target and got two sets of 3 pieces that were on sale! I wanted one set to display the pikachus and one for my eeveelutions because they were overflowing. My bff helped me set these up!

After much handiwork later, this is the final result of the Pikachu shelves! Man they look fantastic <3 Lol Dedenne. Raincoat-chu occassionally falls off from time to time, but it's only when the fan is on.

I had to wait until morning weeks later to take photos of the Eeveelutions shelves because it was night (and stormy weather) and the corner would be too dark and grainy to appear. I think these shelves look great! ^^ I never moticed how many Vaporeons that I had. I wish I had enough space to display the eeveelu canvas set and pokedolls.

Worlds was fantastic! I haven't yet uploaded all of my photos from worlds yet other then facebook :P I loved the pikachu so much ^^ He was too cute and bouncy! My friends and I waited in line and met some pkmncollectors! I brought Morty the kuttari Raichu with me on Friday, Ninetales on Saturday, and Christmas Pikachu (Or little red riding-chu) on Sunday. I dressed up as a Beheeyem all three days. My friends and I were 2-4th in line for the Pokemon Center Store, and man the selection there was bigger then I originally thought. I even made a video of the large assortment of stuff they had! Clicky click to watch video!

After many long days, this was my haul, but I spent the least out of my 3 friends:

I was shocked that they had the 1:1 Mudkip, and naturally he was the first thing I picked up when I first came in. <3 Next grabs were 3 of the Colonial Pikachu Mascots! I plan to keep one of them and sell off the other two when I update my sales post. I also picked up the Belle and Pop star pikachus too! Belle is super detailed! She even has her ears underneath her hat! Primal Kyogre was one I bought on my second trip there, and Mega Swampert was my last grab from my first run. I also picked up the pouch and lens cleaner. As for the other things, I grabbed the T-Shirt on Sunday, and the Backpack on Saturday, after seeing that it can carry more then I thought. My last backpack was falling apart, and I needed something to carry my sketchbooks in. 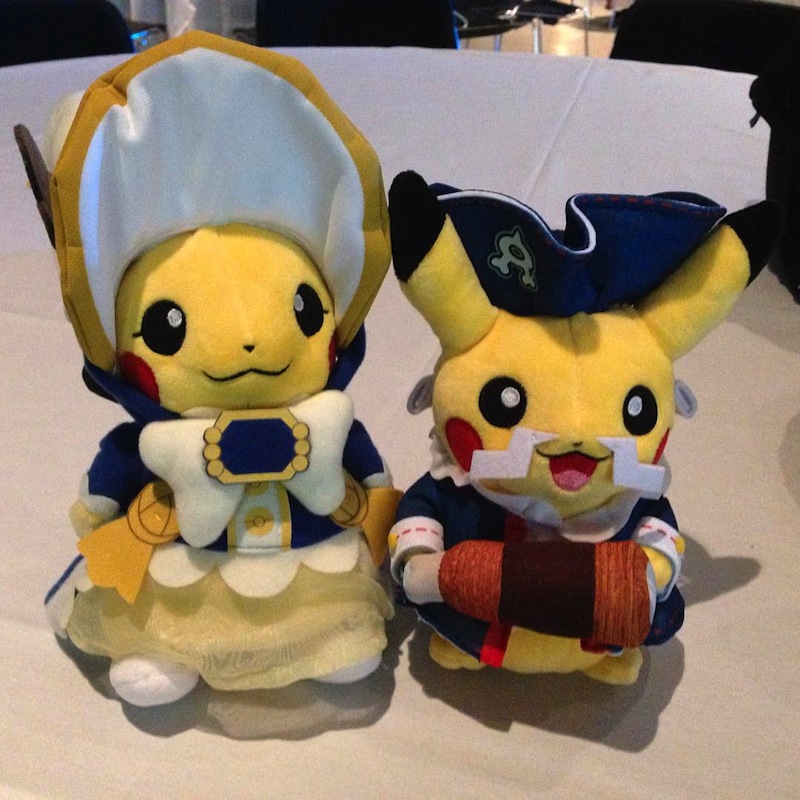 My friends and I met this little girl that joined our group for a while when we rested in the 1st floor. She wanted to see our stuff, and then she played with some of them. She held my BelleChu and Mascot Chu and pretended that they were an old era couple. She had the mascot chu say "Okay, I'm off to the war, honey." and the belle-chu say "Okay, be careful out there, arrive home safe.'' before making them kiss. Thanks to that little girl, I ship these two now xD 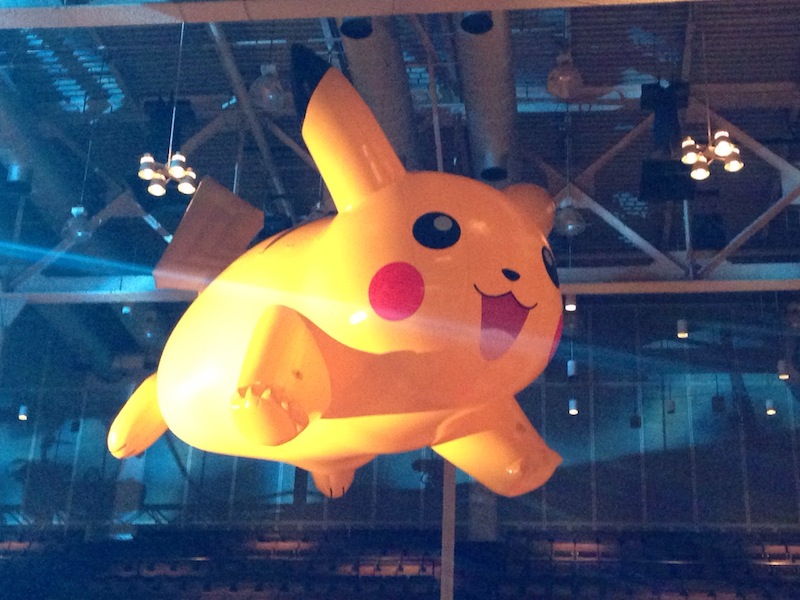 Well, that concludes this months collection update! My next collection update will take a while, but there are only 4 things to look forward to in the next update. In SMJ storage I do have a Latios/latias finger puppet, a Lapras Kutakuta, and a Mudkip grabby. I also do have a Secret Base Chikorita Pokedoll stuck in transit, so it'll take a while to arrive. Thanks for reading!