Some new items were left out in this weekend's update. Some soap figures are still looking for a home too!  Click here to see what's available.

I'm kind of very bored, stuck using a  very slow horrible laptop while my computer is in the menders.
So I cant really reply to any messages at this moment, bare with me!

Also Vaporeon-07's GA came in today :D My room is littered with toys and bubble wrap xD Keep an eye out for upcomming payment posts!

♥ Will Ship world wide!
♥ Buyer pays all shipping costs
♥ If you would like your package insured, peep up~ ♥ I am not responsible for the post office.
♥ I accept Paypal and Money Orders~!
♥ Holds will be a case to case basis. I don't like doing them for long periods of time.
♥ Payments in USD only
♥ Not looking for trades, sorry!

I also made a batch of buttons for sale~ with the art from this super cute book! :D

I'm happy to tell you that everything paid for until now will be shipped today! :3 That's good, since I have something else to think about now... Which is what I got from the post office yesterday. Yes, my first ever Noppin boxes. Including awesome plushies, lots of figures and all kinds of random things that I will probably put on sale. So have a look in case there's something you want... :3

I've got some booster packs sitting around my room and I'd like them gone! In addition, I have waaaay too many cards taking up space, so I'm selling them in blind lots. If interested, please look below!

Heartgold/SoulSilver, Supreme Victors (x2), HS Undaunted
$3.50 each shipped (to US) or $4.25 shipped International

I am also selling Pokemon card lots of 300 cards each.
Each lot will be $30 shipped (US) or $32 shipped (International)

Please look under the cut for more detailed information and card breakdown!

Okay I've gotten a lot of new stuff since my last post (I don't even remember when I made my last post lmfao). I kept putting it off because everytime I thought about taking new photos I was already waiting for something the mail but I decided to not put it off anymore.
( Collapse )

I had thought there were four Play-by-Play derpeevees, small, medium, large, and HUGE. I thought when I bid on one on ebay that I was getting the large one. But when it arrived today...

Now, about customs. My main computer is dead, and although we're confident of eventually reviving it, it's taking much longer than I thought. And it's currently holding hostage my list of people I'd agreed to trade with. :( So my trades are a disorganized disaster right now. I won't forget anybody, but... yeah. Can't really post a trade progress list, I've no idea whatsoever what should go on it. Hopefully will have that sorted out by this time next week. (cross your fingers)

Fortunately I keep better track of people who've given me money. :) So here's that list.

(And that "supplies acquired" was 11 yards of minky in the mail. :D Biggest box I've ever gotten from minkydelight!)

I should have the first three done this month, and I may put up another Loonakit auction sometime this month as well. :) The epic ones take a little longer, but I might have one of them done this month too, or at least sometime next month.

Here are the final few bits of my collection that I am selling to raise money for my wedding (Its in July, ARGH!!)

Please note, I ship from the UK. All prices INCLUDE shipping to the USA. Please just comment if you want a shipping quote to anywhere else ^^

Plushies, Megablocks and figures under the cut!

Ill keep this sweet and simple, I basically need help with the prices of certain Zukans.
I came across this set and bought it, for a pretty penny, just for the mew Zukan, but this also has the Kabutops and Omastar lines which, im pretty sure, are worth something. So if someone could please help me prices the ones listed under the picture I would be more than grateful.

When this set arrives all the ones I dont want will be listed for an auction or, if you want you can make an offer now and I will hold the item for you.
All of these Zukans, I do beleive, will be factory sealed and in brand new condition. So heres the picture and info on ones I dont want :>

( Collapse )
Hello all! I was just wondering, with my upcoming trip to NYC just up ahead, I was wondering if any one knows a place to purchase Pokemon Kids or Clipping Figures? Also, any new Black and White Japanese merchandise around the area? TCG boxes and sleeves? Really, just imported items. - v-;; I would buy offline, buy first I would like to try to buy them first hand. Any help would be much appreciated!

Thank you very much for the help in advance! o 0o

Does anyone know anything about http://www.hardrock-pokemon.com/index.php?route=common/home? Just wanted to know if they were booties or not? <3

Hey guys. I have alot of items just sitting in a tub in my room, and I'd like to open that space up. I have not had alot of time to get to the Post Office recently, so I'm going to try and sell everything in two lots: a card lot and an everything else lot.

This is the Everything Thing Else Lot. I received a large package in the mail a week or so ago, and added the items my sisters and I didn't keep from it to the already big sales lot I had originally. There are ~300 items. I'd like to get $500 + shipping for it. If someone would like to GA it, that's alright with me -- just let me know. I have over 30 photos of everything here . GA Runner found. :)

Card Lot! There are over 70 holographic cards (including Level X cards), some Japanese Gen5 cards and more. Looking for $100 +shipping for them. Details and more photos here .

kids from johto series. (and then some pokemon  i like from other generations)
thats were my eyes are on right now.
so the only quiestion in this super quick post is:
where can i get al lot kids for little money?

A few of you bought the Uniqlo shirts right?

Tell me.. do they shrink? Because my 140's sleeves are sort of very tight-ish and i would hope it won't get tighter ;_;

On the plus side, these are so awesome and full of epic win.

Hello! Good day/Evening/Night/Morning! Me and

hebileaare bringing you a nice shiny GA courtesy of

distant_cry They're trying to get rid of a huge lot, Including Canvas plush, Megablocks, Charms & lots of other stuff to boot!

So follow the LJ cut for rules, Extra pictures and further information!

first of all, seekrit sneak peeks of the june kids set?! you betcha!!! what a unique set :D hewwo widdle joltik! i like how it looks like the two bugs are facing off to see who is more popular or powerful.

there is also new figure charm straps at the pokemon center. i will pick them up for you of course, if you like them! click to go get!

also don't miss that this is the official "MPC": My Pokemon Collection-- release month! The first two sets that started it all come out in a few weeks! Banpresto's updated with some really nice clear shots of them. Go and check it out!

Finished updating my card shop with my flips,pogs,stickers,and topps XD now to do the trainer cards

Hi everyone,
I was just wondering if anyone on the community had a Giratina Another Forme and Ambipom Pokedoll with Japanese tags? I probably wouldn't pay more then $30 each (not including shipping) and I might not be able to buy them right away but it depends on the cost? 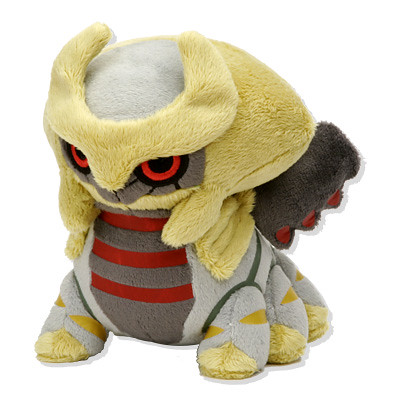 Alright so, at my local Toys R Us, I picked these guys up thinking some of you might be interested in them :)

They will be sold separately.
( Collapse )The auction ends Friday 8:00 pm EST

And now a harmless sales plug :)
( Collapse )
I was wondering if anyone has any of these sleeves for sale:

My main wants are the Litwick ones; for all of them I want 2 packs (64 sleeves).

Ideally, I'd get these by the 16th. I live in the US; Indiana to be specific. I have PayPal.

Thanks a ton. I'm new to this site, but I have quite a few refs on PokeBeach and eBay. Let me know if I'm doing anything wrong.

get it while it's HOT!