The time has come where my wallet has worn thin and I need to weed my collection down to some specific pokemon... So, dear community, I need your help.

How much do you think this lot is worth? If you know specific price ranges for any of these items (even if its just one item) or could give me a rough estimate/price range for all this stuff, I would *greatly* appreciate it.

Below the cut you will see a variety of things ranging from a mwt ampharos banpresto plush to various pokedolls and other plush to tomys to old beat up stuff from when I was little.

I also must warn you this post is quite image-heavy, so yeah~

( Collapse )
Also, I am selling PREMADE pokemon pins, which you can see below! This means all the designs I've got already drawn. My tablet is broken so I can't take commissions right now. =( 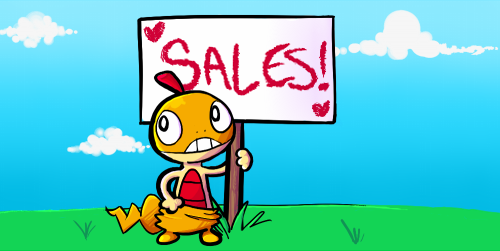 i was wondering how much the kanto starters time plushies from 2008 go for? because i kinda (really) want them but i'm afraid their prices are superduper high. :c

thanks for answering my stupid question. :D

omigosh lj is kinda stupid aah.. forgot all my html from editing neopet pages when i was little lol. :s i guess i kinda get it now.

Hello community, I hope you are all doing well!

I am thinking about selling my mint with tag Jap. Reshiram Pokedoll. I was just wondering if anyone was interested because it needs a loving home. I am also doing a price check and any pricing help is appreciated. This GA ends in 15 minutes, so bid bid bid!  Click the picture to get there!  This would've been up sooner, but LJ's been down for me. D:

Bidding has ended; thank you all!

Hello PKMNCollectors! It has been a really long time since I've posted so I figure a little update would be nice.
I haven't gotten too many new things in, but the ones I have gotten I'm very proud of. So on with the pictures!

Yes, we won! The lot was cheap, but the shipping was more than the items itself... >___<' They must be packed really well or something. But anyway, it's payment time!

SPREADSHEET HERE
All payments to lore_poke @ hotmail.com !
Please include "Mysterious flat GA" and your username in the memo.

Also, if you'd like to combine your items with something from my $1 sales or permanent sales post, feel free to have a look! :3

Hey everyone. Sorry it's been a while since my last post. I accidentally broke my laptop screen and haven't had a computer for the last week. But! I finally got my new one and I am back! =]

So! Since last week I've gotten a few things in the mail Check 'em out!
(Like always, sorry for the horrible picture quality!) Pikachu bag and Pin from the awesome

donny9
and the Pikachu Trozei sticker from

Lastly, just a little show off of some plushies I worked on during the past week too. =]

Just a reminder that the auction for the MINKY CUSTOM PLUSH is ending TOMORROW!! Some plush don't even have starting bids yet. I can't stress enough that this is your chance to get a plush from me for a good deal, since the starting prices are nearly half of my commission prices, and I can never guarantee how long I'll be taking commissions for.

Please click on the picture to be taken to the original entry. You know you want to :D

All these guys need a home for the holidays!!!

I am taking offers for this charm until tomorrow!
I also have some more things left at my main sales, too!

Plus, don't forget I still have some TCG sales!

No fancy update.
Maybe I'll sit down one day and photograph my TCG collection.

After a personal-health hiatus, TGS returns with new stuff for sale! :D

As always, haggling is welcome. I'm a little closed to trading right now, though. You're free to offer trades, but I won't accept unless I really really REALLY like something you have. Sorry guys. I have enough toys at the moment and want to save up for college stuffs. ^^ 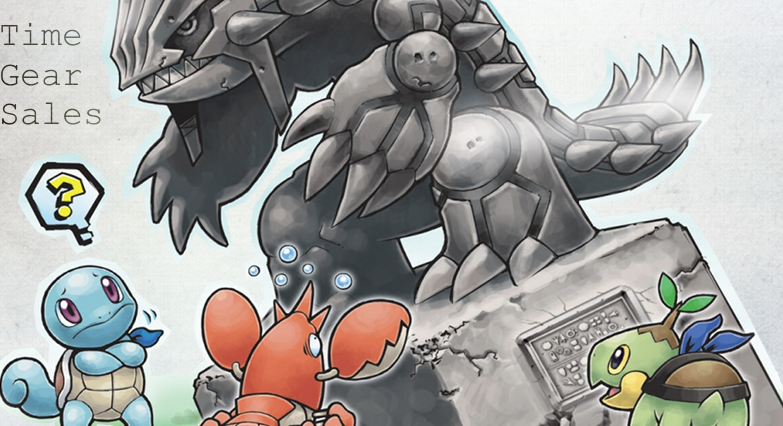 This time I will give you a proper collection update :) Come take a look at Marina's Fishtank!

Well!! Finally i get a chance to do a collection update with some new gets! It's been awhile since i've been on two vacations in the space of a month or so.. Singapore was epic as always.. but no Pokemerch gets i'm afraid =< only Dragonball & One Piece
It's just a small update for now! since i've not been waiting on much.. but after i've gotten my christmas present off <lj user="myvampirelust19"> (Hitmonchan Bell plush!!) i'll do a bigger update.

Just a quick reintro I'm Spideyroxas, 21 year old MALE! XD I'm known also sometimes as "The Cyndaquil guy" since it's my main collection, but i also collect Hitmonlee & Hitmonchan as hardcore! I have a few side collections in Magmar Line, Electabuzz Line, The Muppets & Hitmontop, I enjoy socialising on the comm and out of it XD and i love to help new members and stuff.. Ive made a few friends on the comm who are always a joy to talk to (You should know who you are) I think like everyone i spend waaaaay more than i should on Pokegoods!

*EDIT* Also who do you have to email pictures to submit to Pokeplushproject, i've tried to contact and sent pictures of Cyndaquils they don't have on there.. but never heard back and no pictures have been put on there.. That section seriously is lacking!

So whatta you guys think of them? I'm excited for the new year! Hopefully the B&W starts to die down more and Previous Gens get back into the swing of new Merch!

...with metal figures! A semi-grail has popped up, right after I've bought several expensive Christmas gifts for my family XD I figured it's time to stop hoarding all these pretty metal collection figures and earn some quick funds. Click the cut for the goods!

A couple quick notes: everything from my last sales post has been shipped as of last week, though a few went out later than planned due to a couple insane days at work courtesy of BOGO deals OTL And for my plush GA participants, I'm still waiting on the invoice ^^ I'll comment/PM everyone once it's here.

Edit: Thank you so much everyone for helping to fund my semi-grail! I can now share what it is since the auction is over...

Lucario pokedoll cushion! ;A; I've been looking for this guy for a few years after losing him in a lot of assorted plush. I'm so excited!!!

Alright, so I've just about finished up things from my last round of slots and I'm ready to take on more just in time for the holidays ;D I still have quite a good deal of yarn and even some new colors, so the discount for materials fee still stands! [It will probably stand till I start running out of some colors xD] So come have a look, get quotes, and all that lovely jazz below the cut ;D

Also, I still have two plush for sale, please give them good homes!

Any questions or concerns you may have for me about anything, post them here ;D

Also, I need a middleman from Germany and Spain! Please PM me or leave a comment asap if you can help! One of the auctions ends in less than half a day ;o;
Collapse