I went shopping in an asian mall the other day and bumped into some random Pokemon sightings! I wish there were some official merchandise to buy u_u"


This drink is pretty cool! you pop open the lid and a marble drops into your drink, it's fizzy and tastes pretty good :D

Bootie plushies...I was pretty tempted to get Snorlax & Teddiursa xD

Sales Post. o(≧o≦)o
Updated and added some items
Also will be adding more through the day so be sure to check back!!

I recall we had one of these a while ago...

So! Things you want to buy. Then see if you have anything someone else wants to buy. Basically, a hookup thread for our stuff.

permission granted by Gin in Aug 2010.
Need some extra cash for bills, so i reluncantly have to part with some of my favorite plush.
Goodies behind the cut! Including a super rare entei plush and more legendaries!

I ship from Maryland, USA, if interested in anything above comment with your zipcode or country if int'l. thanks!

I've finally gotten around to making a wants thread in my journal! Go here to see my wants. So that means that if you have something from my wants post I am willing to buy/trade for it! n__n

I've also lowered some of the prices in my Sales post, so go here or click Slowpoke to go see what I got up for grabs. I have an item for sale for each of the Pokemon I tagged in this post! Phone straps, a Victini Kid, some Pokeballs, and lots of TCG cards!

I really want to get rid of these TCG cards since I only collect them for the artwork and for the Pokemon I like best! Make me an offer if you want a bunch. I'll be getting some Next Destinies booster packs soon in attempts to get a Reshiram EX, so more cards will be added sometime soon.

I got something in the mail today that I've wanted for a pretty long time! I considered these grail worthy since they were not only rare, but everytime one came up for sale, it was either an auction(which I hate entering) or someone else was quicker than me. But now I have them and they're so much better than I could've ever imagined. :D Find out what the heck I'm talking about under the cut:
( Collapse )

Hello pkmncollectors~
Offers on a couple rare items of mine weren't going well, so instead they've been put up for direct sale in my sales post cheaper than their original BIN price! Tons of collection weeding as well, especially of Cubone and the Dragonite line. On top of all that, prices on remaining items have been significantly lowered. Oi, plane tickets are expensive! - n-

I also have a lot of Kids up on eBay that ends tomorrow. Click the picture to be taken to the listing! 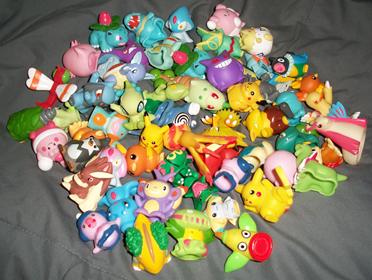 As always, thanks for looking. <3

I have some epic sales and a custom plush up for offer going on over in my livejournal:

Also, I finished all the keychain commissions and am finishing up most of the normal commissions now. I got really sick and it really set me back. If you haven't received a pic of yours, you will soon. I need a new camera battery (I've had these sales photos taken for weeks).

Well community, today I bring you a cards sale, but not just any sales, its my largest cards sale ever.

Curious? Please come by. Just click the small pile of cards to be transported Note: Some Reverse Holos (RH) will have bending. That's normal with Holo and RH cards

Also the number next to the price of tha card (ex: Card - price (number) ) is how many of a single card I have
Final note: Sales Permit granted on 07/02/11 by

And here is my feedback

Thanks for looking!! :D

Here are some pictures of my collection. I mainly collect plushes. Lately I've been looking for some old Pokedolls. Right now I'm mainly after the Bulbasaur Pokedoll (either 10th anniv or original). If it's mint with tags I'm willing to spend whatever's fair. Also looking for the other 10th anniversary starter Pokedolls. ( Collapse )

EDIT: DO NOT PAY BY ECHECK WITHOUT FIRST ASKING ME!!!
Hey everyone! I just got the Cobalion Kids Set in. If you've reserved kids, please read this post! Also, if you want kids from this set, stay tuned, as I have extras! :D

Please check the Google Docs Spreadsheet (Click This) to see what you owe! Send it to payments(at)jandjsimonenterprises(dot)com with the subject: "Cobalion Set Kids: (LJ Name)(Kids Bought)". This makes it easy for me to identify who you are! If you do not put that as the subject, your order may get delayed! Thanks! The following people need to check this out!

Please pay ASAP! If you do not pay in three days, I will send out a warning PM reminding you. If you do not send within two days after that, I WILL LEAVE NEGATIVE FEEDBACK! Please, please be prompt!

Furthermore, I have a lot of extra kids from this set as well as previous sets! The previous sets' kids (and 10% reduced price BW03 Zukan!) (Kids from August to January) can be found on my sales post (CLICK THIS SENTENCE). I will give you a discount if you buy kids from that post as well as this one! The old kids are negociable, while the February Kids are not. Every kid from Cobalion Set (pictured above) will go for $9.50 SHIPPED, anywhere. There are sellers on eBay that charge $5-7 dollars for these NOT shipped, and with my experience, you end up paying more than $9.50, usually around $10 shipped. My price, $9.50 is SHIPPED, whether you are in the USA or Mars! And that's just within the USA. Just let me know which one(s) you want. Shipping discounts are on a case-by-case basis.

$9.50 each shipped! Please ask away if you want them! Thanks guys!

hi everyone~ today is my birthday! so i decided to do a collection update and a tiny bit of a re-intro. xD

Everyone calls me Herar! I am now 20 years old. :3 I'm from Michigan (the upper peninsula that no one's heard of.). I collect Groudons, Sewaddle, Swadloon (especially), Leavanny, Vanillite, and random plush. I previously collected Kyogre, Munchlax, Drifloon, and some others. ^^;

First I wanted to share what I got in the mail yesterday~! type focus goodies. ;u;
warning: image heavy post ahead 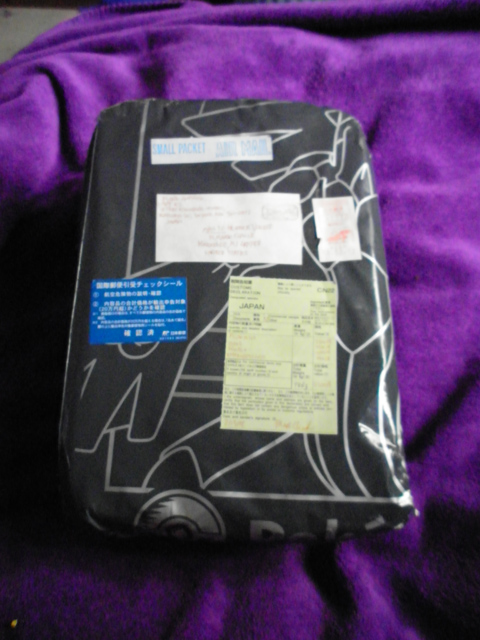 and next, a custom~! 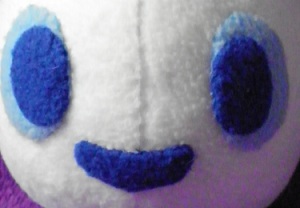 it's staring into your soul ;u;

that's all for today!

Hey guys! I have 2 Rush!Plush Slots available next month as well as one Yuke!Yuke slot up for auction! 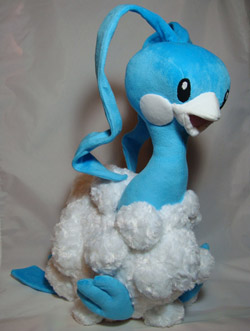 Or a DLX of anything from slot 1

I recently lost a dear pet of mine who was around for three years. He was my baby, and he was really young. He was a Yorkie, his name was Gizmo, and he was the sweetest thing ever. He would always be there for you, he'd lick away your tears when you cried (literally), he was SUPER lovey, he was one of the most precious animals I've ever had. But he started to play with this other dog that the neighbors own and she was in heat. So whenever Gizmo was let out to use the bathroom, he followed the other dog. I haven't seen him since. :c This happened on the 17th of December. I posted lost dog signs around the area, I submitted an ad in my local paper, I even went to Craigslist.
So to commemorate him, I've decided to have a Lillipup on my Black team and I'm thinking about getting some Lillipup merch. I'd eventually love a plush<3
Is anyone selling any Lillipup stuff at this time?
A kid or strap, perhaps? ;o;

Also, I'd be interested in trading with people on my Pokemon White! (: Anyone want to swap friend codes? I'm looking for a shiny Lillipup!
On another note, I'm interested in people's non-Pokemon sales. So if you could send a message my way or a comment with a link to your post, that'd be great. c:

Yes, just a reminder of the 2 sculpts i currently have up for auction! Bid away!... xP
Heres the link! http://pkmncollectors.livejournal.com/11526559.html They end in about 2 days now!
Also, whiscash WILL be made a pair of whiskers before i send him out! The winner will get to decide the pose of them!

Also(x 2..), just saying this is probably the only time im making a scolipede! If your after a giant 10cm one, go ahead! x3 I have a rare Absol plushie up for auction. It's made by Banpresto and was released in 2003 to celebrate the Jirachi movie.

The plushie is free of stains and any defects as far as I could see. The blade on its head and its tail is a bit floppy but other than that, it's basically in mint condition. It only comes with its tush tag.

Reminder that I have some custom auctions ending tomorrow, currently have no bids on anything so they're all still at their start price. >n<;; Anyway click on the banner below to check those out, hopefully someone's interested..

I've never done a GA.... so i'm coming here for someone to help me co-host! -Glaceon, whose is detached and included...we are unsure of the others, we would have to contact the seller!
-I could help with the threads and calculating fees
-You would be doing the bidding and shipping!
-The auction is on Y/J
-I would be claiming vaporeon, i will determine my claim price with you! :) (thinking around $160ish)
-I was  granted sales permission on 26 JAN 2012 by

Hi guys! My offers/auctions will be ending on Friday - go check them out if you haven't already! Pretty much all of the dome figures (including trainers and Mew and Vulpix and other cool guys!) and the Absol mascot plush among other things are still at their starting prices! You're also absolutely welcome to combine shipping with anything from my sales post here. C:

Also, the bento erasers/metal figs GA invoice is in! Check under the cut for payment info and whatnot!
( Collapse )

We got all of the erasers claimed, but several metal figures and coins are still left over - Axew, Pignite, and Munna figures, and Krokorok and Pikachu coins are still up for grabs, and you're welcome to jump into the GB late!  Figures will be about $7.50 and coins $5.50 to claim for the first payment C:
Collapse