r/s/e 3 GA participants - your Zukan have arrived, and I should be able to get final payments up soon! There was no payment 2 as I decided to pay for shipping upfront and then bundle it with p3 to save on Paypal fees for everyone (it's not that expensive).

Any way, was wondering if anyone has a Pelipper Retsuden Stamp for sale? Or any AG-series stamper.

Hello everyone! I bring you a sales post! Not much for sale, but check it out and see if there's something you like. =P 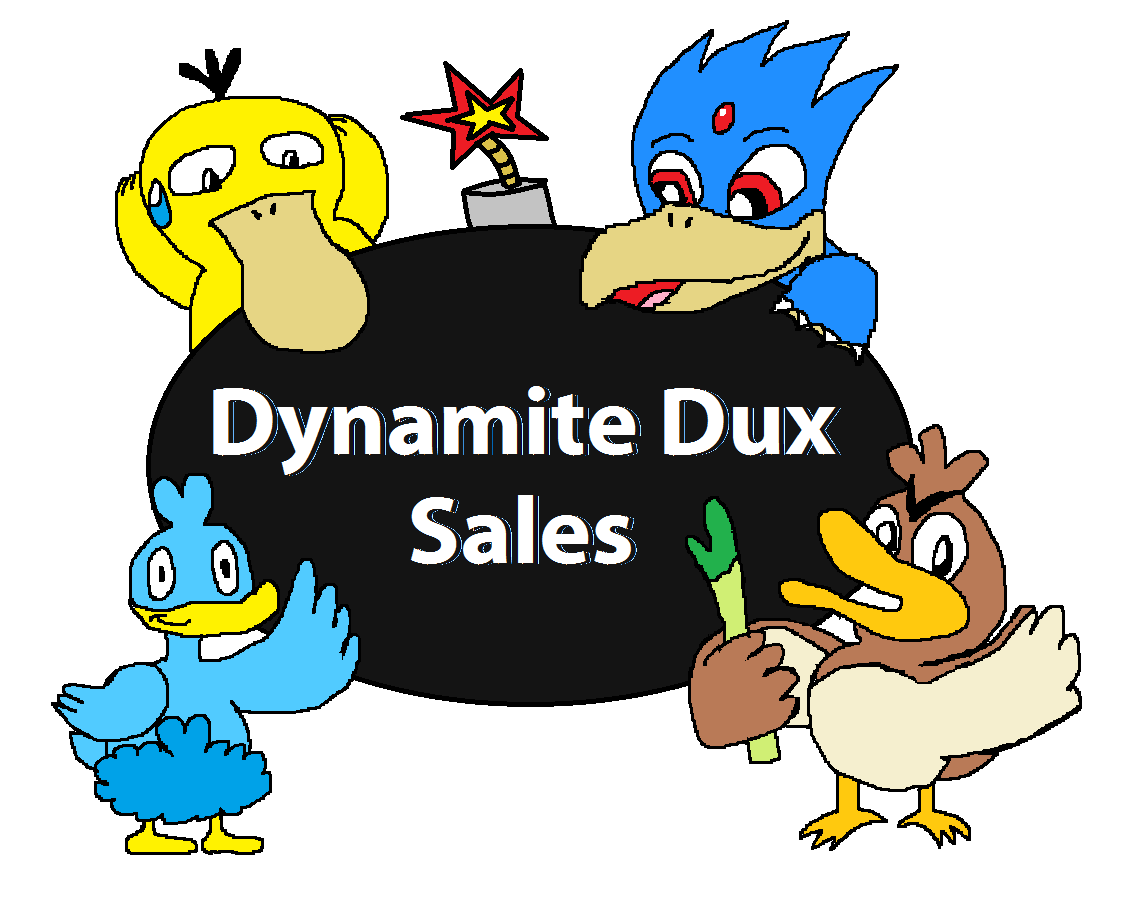 It's been a while since I've posted about some wants.. so I come to you to do just that! :)

I am looking for items from the I <3 Pikachu line.

Pics of what i'm looking for under the cut!

Also looking for items from the Pikachu Pair promo earlier this year.. I've only got the tail charms ;-;

Hey guys there still are no offers for my Fire Pokemon hotplate! And offers for my Eevee lot are really low! Also an updated sales post over here come check it out :) There are walky, nobunaga, charms and plush items! This is the first reminder that offers for my 1:1 Eevee is still ongoing! 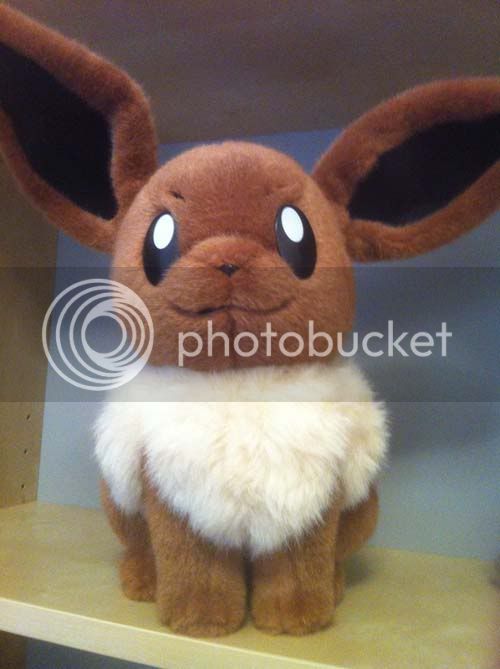 Click on the picture to be transported, or http://pkmncollectors.livejournal.com/11987500.html

In wants, this is probably a long shot, but does anyone have one of these shiny gyarados plushes for sale? Thanks

Have been looking for him and some other DX Pokedolls for a while, such as Snorlax

If anyone has one to sell or any info on where to get these lemme know!

First! If you have paid for your charm shipping already then they have been shipped or will be shipped today!

If your shipping address was in the US, Delivery Confirmation was included though PayPal, so you can see the progress of your package!

To those outside the US I am going to the PO today to fill out customs forms and ship; PayPal wanted like $30 a package to print international labels! Outrageous.

(If somehow i just overlooked your payment please PM me! Thanks)

You can find the payment spreadsheets here: Payment Post!

AND! Collection Update!
My shelf is getting awfully full!

Hey, everyone! Here's some more collection weeding from me! (The next post from me will be my con gets that I got from the last two conventions that I had worked!) Plus I need some more cash for the end of the month with ACen and my phone bill coming up! Haha

(First a quick reminder: please vote for a new banner if you haven't already!  I'll likely close voting at some point tomorrow so get your votes in :D)

Over the past couple of months I've acquired quite a handful of Eeveelution items - I'm hoping to focus more on my favorite Eeveelus, so I'm weeding out my doubles and less favorites.  My biggest Eeveelution want is a Jolteon Canvas MWT, three times now I've been offered a trade for one but the other people dropped out at the last second.  Jolteon keeps on eluding me!  I'd gladly trade any of the three canvas I have for auction below for one.

Auctions will end in one week, next Saturday April 28th at 1PM EST (countdown)

Auctions have ended and all items have been shipped!

Items that have been sold are screened, all other items without bids are still open for sale/offers.

A small minority of items are for straight sale, please double check what the item says before commenting/bidding :)

I also have these two 2009 charms - I don't want to put them up for auction just yet as I'm rather attached to them, but I'd gladly trade for a Jolteon 2009 Johto charm or round charm! 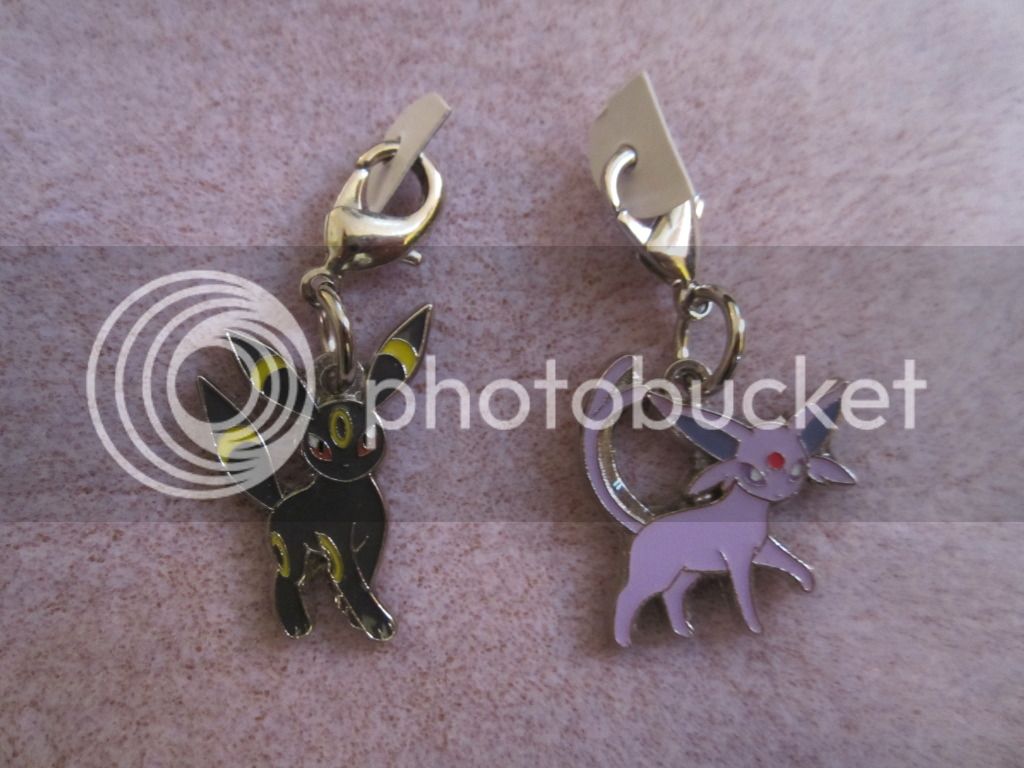 I heard some good things about Anime Raro and am keen on some of their items, was wondering what the community thinks about this seller and his prices? Do share your experiences with me. I'm curious how fast they ship, customer service etc etc. Their shipping prices within the US seem amazing although it doesn't benefit me much even in Canada heh. and the prices of the actual plush (examples: I <3 Pikachu, MPCs) are surprisingly affordable and fair!

Specifically, I am quite curious as to his speed of stocking new merchandise. He seems very up-to-date - the star-Pikachu seems fairly recent but I do not see e.g. Palpitoad MPC in the shop.

EDIT: Seems the majority feel shipping is fast and prices are great, but feedback system is lacking and communication can be improved. I'd definitely try them for my older BW Banpresto prize item wants and other I <3 Pikachu and MPC needs!

Hello fellow collectors,I am on the hunt for  1:1 eevee. Does anybody have one to sell? I'd like to spend less than $270 if possible.  It doesn't have to have tags or be in the best condition either :)

The first, last, and only reminder for the Virizion Set Kids! Click below or on the fake cut to see!

Also, does anyone have the 6th Movie Jirachi Half Deck (Japanese) sealed? I've been looking for it for a while, but I wanted to know (1) what it usually goes for sealed and (2) if anyone here has it/knows where I can find it. Please let me know, thanks! Here's a picture:

I have a question for fellow charm collectors!

Do any of you have them attached to a charm bracelet? I have one with regular silver charms soldered on, and would like to put Pokemon charms on it, but I'm not sure I want to have them permanently attached. I don't want to be paranoid about losing them though, so does anyone have any experience with this? Would they be safe enough?

I'm looking for Chikorita and Mareep on their own if anyone here has them for sale! Normally I'd buy a whole set but don't really want the other four. I feel mean, but I don't even let my Chikorita in HeartGold evolve because I love it so much. ;_;


If anyone has any to sell, or can direct me to somplace that might have them, I'd be forever grateful!

I'm in Australia, so keep that in mind when selling your stuff to me! I'd prefer it if you could give me a shipping quote as well as what you want for the item ;w;

Hello i am a new member to the community and wanted to tell you about myself, I have been a fan of pokemon since a first got Pokemon Blue back in 1999 and playing it on the old Game Boy and have continued to be a fan thru all the games and generations (even in high school when many people Pokemon was not cool),As for collecting Pokemon merchandise I only started about a year ago with the Pokemon Platinum preorder Giratina figure as my main hobby is collecting Anime figures but as Anime figures became more expensive i turned to collecting pokemon. I mainly collect ghost and dragon type Pokemon.

Here is some pictures of my collection.
( Collapse )

My wants:
Anything ghost or dragon Pokemon related,
Pokemon Center 2012 year of the dragon clear file.
Hydreigon zukan Which i want to trade for my spare zukan Golurk
Flygon line Zukan and Fygon kid
Chandelure line kids figures
and anything Gengar,Giratina or Torterra related.


I am looking forward to making lots of friends and having a great time in the community.

Also if anyone is interested in looking at my Anime figure collection it can be seen here =>http://myfigurecollection.net/profile/xanxas

Heya guys! I thought since I was fairly new to the group, i'd post my TCG collection. :D
(Most of them are in mint/great condition, but my scanner sucks. Sorry.)
Once I get sales permission, I might clean out my collection, because a lot of these cards I no longer want. But till then, enjoy my small collection post. :3( Collapse )

I have a bunch of settei up for auction! Both trainers and pokemon, so come check it out ^_^

Gonna give this another shot. It didn't really go over so well the first time but I've had some people showing interest lately, so I figure why not? xD

I'm opening up some slots for custom figures! c= Click the banner below, to see some examples of my work and other details!

GUYS HI. I HOPE YOU ARE ALL HAPPY AN WELL AND FULL OF SUNSHINE. Recently I got to meet up with some awesome collectors in the irl. It was really quite glorious, despite the timing issues. I blame the fact we met on Friday 13th.. :U;; LET'S NOT DO THAT NEXT TIME? COOL.
Anyway! This time I made a serious effort to take some meetup pictures. Kind of.

( Collapse )
Oh and also! If any of you guys have a Wurmple Kid for sale, I'd quite like that. c: Shipping to Australia.
KBYELOVEYOU.

Hey everyone, I thought it was about time I tried holding an auction for once :3 Found something nice you might be interested in. But first things first. Cute lil 2002 November Pikachu on his sled :3 Hang-tag is detached but will be included.


( Collapse )
Now feel free to bid :) Have a nice day/night everyone :3
Collapse