This'll be my second post on the community.  I thought it would be cool if I shared some of my favorite cards with you guys.  The TCG is a major part of my collection.  This post is image heavy, so you have been warned. o.o

Some of my favorites:

I'm seeking a Audino canvas plush $15 shipped, I've heard she is going around this much. I'm also looking for the newest charmander canvas plush. As well as the pokedoll versions of mismagius and cresalia. I do live in central USA too.
Also I don't care if they are new/used/have tags or not, they are still super cute to me.

Oh also name a price on the large Suicune takara tomy plush. Been seeking one forever, lost one in the mail through this site ;__;

Will also look at suicune/bulbasaur/cherrim/cherry blossom anything phone keychains.

So you all know I'm new here! I made my intro, you guys know I love the bisharp line to bits, so I'm going to go ahead and post the goodies from that line that I'm still looking to get my hands on! List under the cut. 8)

Also here have a pawniard gif to express my gratitude.

Hey guys I have a couple wants.

Soon I will have another collection update. Got some new eevees and some others.

I'm taking a short trip to New York City next week and would like to take the opportunity to pick up some Nintendo World goodies for the community! I am offering them for their purchase price (tax included) plus a very low commission fee!

Hello everyone!
So i've derped about a little bit, but I probably should have introduced myself first!
(Sorry, I got a little carried away at the site of a pokeball! Ikr)

My name is Ray, I'm a film student and pokefan and I'm brand new to livejournal! I joined for this community cause during all my pokemon research it kept popping up and looks awesome and friendly! :)

I'm also really excited cause I found this little guy again! I guess you could call him Vintage! My talking Togepi! ^_^ 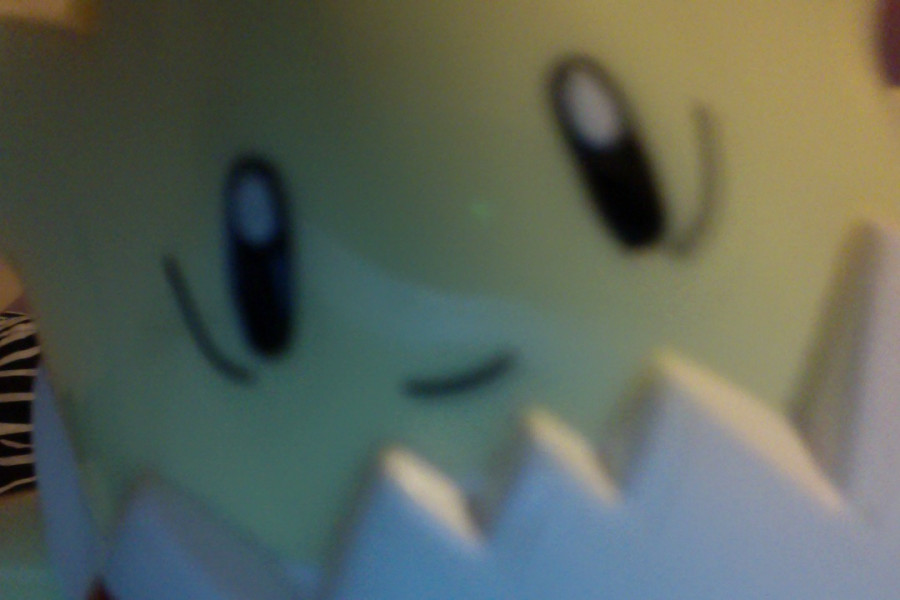 His batteries ran out, so i'm gonna take him to a toy doctor (aka my dad) to be fixed! :D
*Edit: I have a Pikachu from this range and I just won an Eevee on ebay too hehe yaay!*

I'd love to show you more of my collection, but i'm still pestering my dad to get them down from the loft.

MINI WANT;
I've seen lots of posts selling 'kid figures' for a dollarish...
If anyone knows where I can get a Lopunny in the coming months, please let me know :P I am looking to get one as a christmas present for a friend.

I am hoping to pay anywhere between $1- $5 each (So please don't throw expensive ones at me xP) for each Bottlecap/ TFG/ other Kaiyodo Figures, I will gladly take what I don't have, and perferbably in large numbers to save shipping. The don't have to be in mint condition, a bit of paint rubs are okay, just no broken ones (baseless is fine as long as the figures thenselves arent broken). Please note that I am from Hong Kong so you will need to be shipping internationally ^^;

I am also opened to trades if you want anything from my sales (it's a bit outdated though, but I know what I have in stock :3 )


Please excuse me if my reply is slow. I am studying part time on my full time job so I don't get home until 11pm at night most of the time in the week so I am mostly replying to comments during my "free time" at work.

In response to the recent excitement and confusion over what's going on with the I Love Eevee Campaign and all things Eevee, I think a post that summarises everything might be useful. ^^

The following post summarises all release details known to us, from October to April. Of course, this is all subject to change! Warning: extremely image heavy!

DX Jolteon/Flareon: I am still waiting to hear from Japan about release quantities for the DX Jolteon/Flareon, so I will hold off collecting deposits until further notice! It would be around the 20th I believe, and I have a very small time frame to collect the deposits and make payment to my supplier, so I need your co-operation for this! :D

Big Eevee + Keychain Plush: I currently only have the Eevee, Flareon, Glaceon and Espeon keychain plush available to claim! Also, the payment deadline of 10 October now comes with a countdown timer, all unpaid and unaccounted for orders will be released to those on the wait list once the deadline lapses! I will have to enforce this strictly to be fair to those on the wait list, so do make timely payments. =D

I still have Scraggy, Garbodor and Timburr available to claim!

That's it from me today! Hope the post has been informative and clarifies any confusion about the releases of upcoming Eevee merchandise. =D Have a good week ahead!

Looking for kids of these pokemon:

Need all but the one that's pointing

Need all but the attack figure.

I have a bit of money I can blow so thought I'd get some kids. :3

Hello community!
I hope you're having a great day, cause I am ^_^

Well, a very small want, does anyone have a Pikachu Kid (Who doesn't have a Pikachu Kid xD) or a Squirtle Kid they'd want to sell? (Both would be awersome)
I'd prefer one of good condition and not very expensive since its going to be a gift for my girlfriend :3
Any pose would do c:

Well, OK, I have more sales, which includes my minuscule Kyogre collection (along with the chess piece), my Torkoal chess piece, a PBP Eevee plush, and more~

but, since I feel I've been posting way to many sales lately, I took pictures of my newly painted and organized room :D

Thanks to Facebook and PokemonCollection I found this sad bit of card news for Black/White Kyurem Forme collectors.  They've been canceled for an unknown reason and there's no word if they will be released at a later date. Does anyone have any more information on this? I've done a bit of search but haven't been able to find anything.

Hi everyone! I just wanted to ask one more time if anyone has the N rubber strap for sale. I super don't want to go running to Pokevault and pay 18 bucks for it. Thanks everyone!

Hey guys I come today with a mini review on the new Bisharp waza museum figure and threw in my Zebstrika too just in case people were still curious about this awesome line of figurines :) I also have a mini collection update that was very lazily done because I don't have any natural lighting to work with atm and my collection is mostly condensed into one bookshelf sans plush so photos just never come out too good and I don't actually own a camera! All photos are always done with my iPhone/iPad and the picture quality isn't too bad but it can't exactly compare to a DSLR XD. Without further ado: 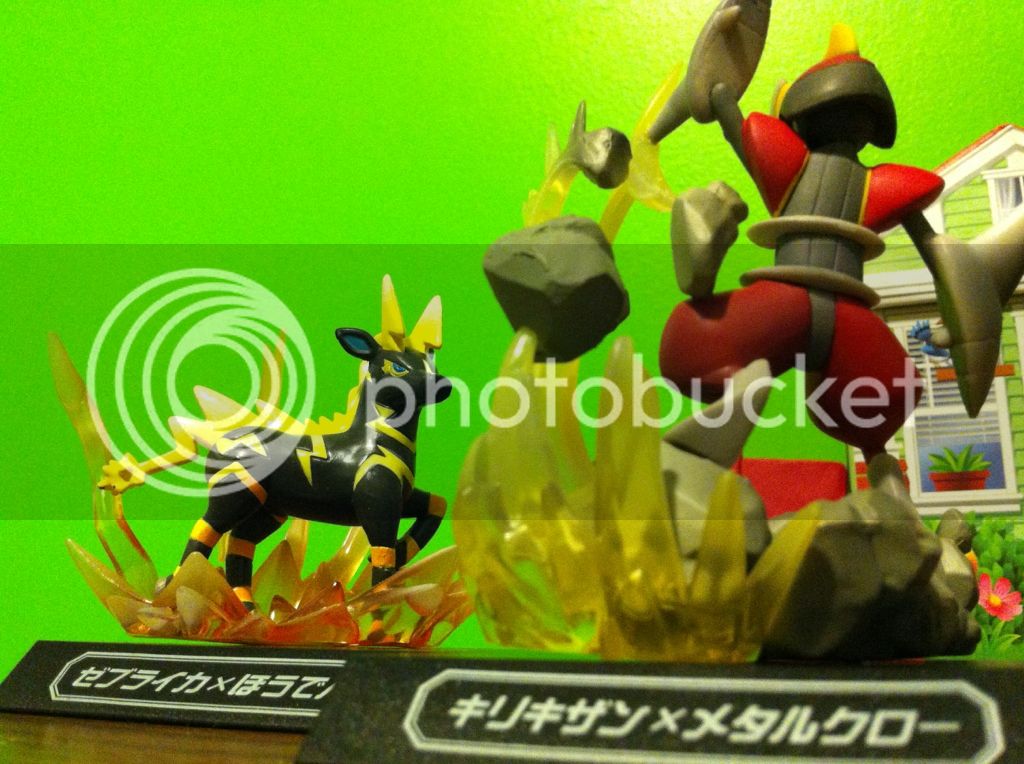 
Thanks for taking the time to read this and hope you enjoyed :) I'll end with a question:

What is the one Pokemon move you'd like to see made into a Waza Museum Figure?
You can also include what Pokemon you would like to see doing said move but I am more interested in the move than anything :)
Collapse