Hello! A quick post from me today. Firstly, attention to

tamago226 - shipping payments are due for the Banpresto Halloween plush! Please check your inbox or contact me for details, so that I can send your packages out. For all other participants who have paid, your packages are mostly packed and ready to go, expect me to contact you sometime next week once I've mailed everything out.

Secondly, is anybody interested in a Cofragigus or Pink Jellicent MPC? They would be $19.50 shipped. I also have a Halloween Litwick available for $28 shipped, since

chihuahuaowner has apparently vanished and thus her claimed plush is up for sale. It would be an additional $2 to register your mail, which I heavily advise.

Thank you for reading!

Hi everyone! I've poked through this community on and off for quite some time now, but I've never actually had the need to join before. I'm on the hunt for the Ultra Pro Satin Deck Box, in Pokeball colours. 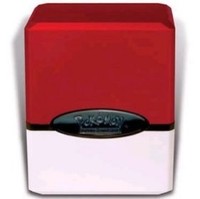 I've looked all over and I can't find it in stock anywhere--I assume it's been out of production for a long time as Ultra Pro's website doesn't even mention it. It's not on ebay either, and most of the google hits on trading forums and the like are people trying to find it themselves... So! It's a bit of a long shot, but I was wondering if anyone here had one and was willing to sell, or if they knew someone who was selling one? c:

Hello all you lovely pkmncollectors ^^

I hope you are having a nice weekend! I'm having a great Friday evening! Number one I just got a gorgeous new glass shelf for my collection and I placed my eeveelutions in it ^^ Number two I got lots of packages that I just opened too! So I'm just having a nice time rearranging my collection tonight :)

And here's a link to my collection projects and Wants :)

Please tell me if you can help me out with something under the "Wanted" section :D

(If I have any luck I could do business by the middle/end of next week :D Takes time to do money withdrawal between my accounts :( I just wanted to say in case it's not accepted/ok. Want to be safe :)

Thanks for reading and good night <3

Today, I bring you my second part of eeveelution weeding sales. They are all flats, or flat like objects:

I am also offering shipping discounts, as I am aware the Canadian postal system is expensive.

Putting out a feeler for a couple of rats I either can't find, or just missed out on...! 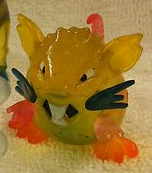 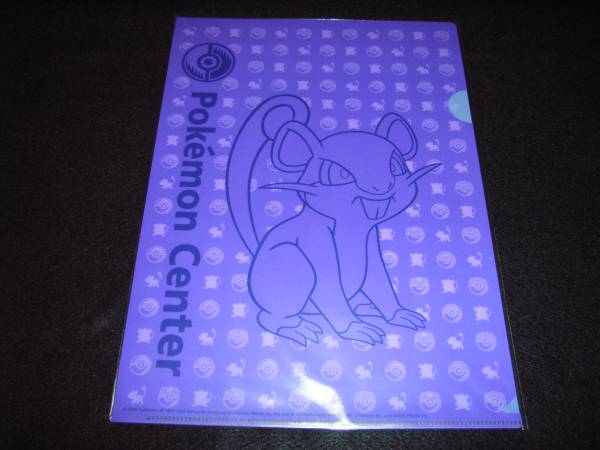 Clear Raticate bootleg. Not tremendously valuable but I missed an auction for it here, and one on eBay just got sniped from me. Rats!

Rattata clearfile. This one's grail status, I can't seem to find it anywhere, though I've been monitoring eBay and Y!J for it...! If anyone's got a lead I'd really appreciate it!

Hi guys !
It's been a while I don't make any post. I have to make some space after the last lots I get for getting an hydreigon poster and middleman some items for members~

So my collection's not huge or exciting and I've got many many more things on the way :) but I thought I would take a nice little before picture so that when my collection explodes I can compare :D

Thank you everyone for your support and selling me your wonderful space dragons :3
The new additions to what I already had are the car figure and the cup with figure :3

Hmmm so I've been going over pics of my new gets to make a new post soon, but I've really been analyzing a Tomy Charmander figure I bought. I've bought a few of the original Tomys from community members, and never did have an issue with paint rubs. In fact, when the first Hasbro Tomys came out, I used to use those little Master Ball blaster things to knock them over, and they are still in perfect condition! So that's why I'm worried... Especially since I've already HAD issues with this figure already:
-traded my original one for a holo Base Raichu. I like that I have the card, but regret giving up my Charmander :(
-bought one off the community, got lost in the mail -_- (first purchase too!)
-now, possible bootie?

I fixed up some of the paint rubs with red pen, but I always felt something was off... Mostly the really yellow paint on his belly and the bubbling of it. I Google Imaged it, and compared it with a pick I found from  Aleyina's LJ pics that came up. Totally different! I know with Auldey figures, some have paint "lines" on their figures (as seen slightly on his knee). Either than that, Auldey's paint quality is fine. With Aleyina's, I remembered that most of the Hasbro Tomys were more glossy (although I believe some of the Japanese ones were too? Or just the newer remakes?)

Now, if this turns out to be a bootie, does anyone have a real one for sale? (Maybe if I'm lucky, one in good condition from a freebie pile that only requires shipping >_>).

Please give these babies a new home, and me some more room. :)

denkimouse 6/10
All PKMN Collector Community Rules must be followed!

My Mum called me earlier in the week to say she had picked up a whole box of "Pokemon balls" for me from a  local store, plus some that were laying about. She is a lovely Mum. FULL SET:
I am offering one full set of six for $33 including shipping to anywhere in the world! If nobody buys in 24hrs, I will break up the set.
A full set contains: AUCTION:
I have one spare Mint in Bag Dialga that I am starting at $8.00 and accepting bids of 50 cents. auction ends in 24hrs

Note: I'm about to scroll down the front page and pay the GAs I took part in, no worries!
Then I'm going to PM all the unpaid Pokebox and McDonalds Badge GB participants. :O

Welp, sloooowly selling off bits of my surprise box, so why not start with metal figures?

I ship from AUSTRALIA. Please ask for a quote if you're unsure about things!
Paypal only~
Sales permission given on the 4th of April, 2012 by entirelycliched.
Feedback is HERE

Since about 6 months ago I've been collecting archen merch, it's still growing, but I have a few nice things I can show you :)

First of all does anyone have any kind of newbie tips for me? I've read through the rules and things but it seems like it would be kind of easy to miss stuff. I understand that I need to have positive feedback/sales permission to trade or sell anything? I would like to trade and/or sell eventually, but I just want to be sure that I don't make any obvious mistakes :p

Ok and here are my archenz :D

And I do have another piece I'm waiting to arrive in the mail at the moment, I'm sure I will update my collection shelf when it comes~Thanks for taking a look :D

(If this is your picture and you'd like it removed, please tell me)

Huntail. I'm already getting Gorebyss and Clamperl, but not Huntail xD
I'd only prefer Huntail if thats okay.

Please leave me an offer and we'll work out a price!

Hey everyone, I'm here with a little wants list. Right now, I'm really looking for any N Pokemon Mate items. So if anyone has anything related, I'd love to purchase them. Sorry about making this post so short. ;0;

Hi there guys ! im new here..
im a girl from indonesia.. hahaha..
this is my first post, so i hope i dont make any mistake ><


BUT NOW !! im getting crazy with pokemon again..
after playing black version of pokemon (the first one) and after i watch best wishes series lol
im a fans of oshawott, tepig, snivy, ofc pikachu and axew ! -die me die-

when i was kid i start collection pokemon cards..
but now ! i think i lost them all =.= or mum place it nowhere inside the box T_T
i only find this plushies.. i dont remember its an original or fake one.. lol

[MORE ~~]
and when i was kid i used to use this bottle and lunch box to school ! hahaha

and this is new collection o.o
i bought this from some site.. i dont even remember from where
i only remember i bought some of them at j-list, cooljap, sunyshore, and pokevault

i bought this yaki maker and my nephew love it soo much, every weekend when he come to my hus he ask me to cook something with that

and this weekend i made this for him.. kabocha yaki hahaha

and he finish that before i take a pic T__T

here are more foods that i get

pokemon best wishes cream soup got 2 package inside, one is oshawott, and one pikachu
but i forgot where i save the oshawott one T_T

(please ignore the chocobi and stitch one xD)

and here's the last one..
pokepachi hehehe..

and i have pokemon shirt from TCG event last time in hawaii.. -nopic- lol
and now im still looking for another pokemon items ;)

nice to meet you guys !

I've been looking over different people's Pokedoll collections, as well as my own, and it led me to wondering: is there one Pokedoll that's generally accepted as 'the cutest of all'? And do you guys have a favorite, that ONE doll you just had to have, even if you don't collect the Pokemon?

For me, my favorite Pokedolls would have to be:
Lucario,
Victini,
& Metagross
(with Suicune, Meloetta, and Ho-oh as runners-up)
:3

I'd love to hear about others' favorites, and maybe see pictures. :D

Oh! And before I forget, I also have a quick, unrelated question - has BW2 Bianca gotten any merch (or are there plans to make merch of her)? I just think she's so adorable, and would love to own something of her (whether it be a figure or a clearfile or whatever). Any info would be appreciated!
Collapse