It has been itching me forever and ever, and honestly curiosity is killing me.
Bootlegs.

Bootlegs have been around forever now but honestly? It's getting pretty damn hard to tell em apart now a days. A friend of mine swears that he has an official plush, I am unsure which Pokemon {he collects different turtles?} it was but recently he told me that someone verified it is indeed a bootleg. It has all the tags and what not- and the one whom verified it does this for a living, so there is no doubt she's lying... Truth is, I just want a good guide/better knowledge? So I can prevent not just buying one but selling them. I mean, I myself really don't mind buying one? As long as I know it is one... I mean some bootleggies are kinda cute anyway! And some might be customizable! As apposed to damaging the real ones- but yeah, click the snip for more-!

Hello! After 4 years of planning, I have finally opened my web store! It currently has 100% Pokemon merchandise and will still take up 90% of my inventory even after I include different fandoms. It was originally supposed to be nothing BUT a Pokemon store so I will keep to my ways and have more Pokemon than anything else. I'll be updating with new products every few days because I still have so much stuff to sift through. ^^; I have Zukans, Kids, plush, notebooks, Tomy figures, stickers, stamps, TCG cards, etc, that haven't been put up yet.

I originally wanted Mareep as a logo but I didn't want to risk running into legal disputes with Nintendo... >>

Prices are listed in Canadian Dollars. US and International buyers are welcomed!

I had my debut at Otakuthon 2013 and I surprisingly met quite a handful of people who used be to or are still active in the community! (hi guys!) It was so fun meeting collectors who appreciated some of the rarer stuff. It's pretty hard selling at an anime convention because most con-goers settle for bootlegs. :/ But all in all, it was worth it! I'm surprised the Pokemon Time collection wasn't more popular than it was. Ah well, more for you guys. :D

I sold off most of my Pokedolls, so unfortunately I won't have much stock for my website. There are still loads of Zukan because I didn't bother bringing them to the convention. 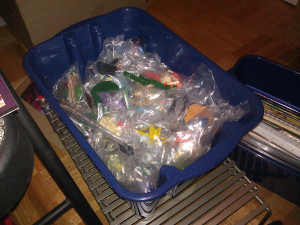 Let me know if you have any questions or concerns! I can even take extra pictures of what I have if you need any.

Wants
I'm looking for the following:

Shirt Punch has a pokemon/animal crossing tee up today only for $10!

sunyshore has some new stuff for pickups :D i have added the halloween goods we have pics of so far -- ill add more once we have more images! i have also added some pikachu oops things and that often requested pokedolls tin as well!

i can also offer full promotion pickups to the community! i have done this a few times in the past but never on a wider scale. a full promotion pickup means you want the entire promotion, every last item! but instead of paying commission per item, you'd pay the shelf price of everything + one commission cost to cover the job. this usually ends up coming out to a big discount. i will write up more specific details if there is lots of interest, but for now, email me at denkimouse (at) gmail.com if you are interested in such a thing!


sometime this week will be our september pokemon XY news discussion post! be excited!

**EDIT** Now added shiny Eevee and lowered prices!
Greetings everyone! Today I'm selling my shiny Pikachu and shiny Eevee Rumble U figures! I love these things but I can't justify keeping them, so I hope someone can give them good loving homes.

$45 shipped each within the US, international would need a quote.


I also have these games up for sale if anyone would be interested. follow the cut to see the games!
( Collapse )

Welp, after finally getting it I realized how small it was and how similar it was with the Kyun chara. figures, just in Pokedoll form and I'd rather get the Kyun chara. figures than keep this because this wasn't worth the money and I like the Kyun ones more. Originally I wanted the Glaceon kuji figure but instead I am just gonna get the Kyun one. So instead if anyone has a Kyun chara. Glaceon I can trade you it for my Espeon kuji Pokedoll. Or if no one does I will be selling it $22 excluding shipping(I'm selling it at this price because I paid around this much for it). Please ask a quote before asking to buy please if your worried about shipping. The box was opened so I could check it out but the item itself is still sealed. If no one buys it here I will move it for sale on Ebay.

tailglow has been quite the hero lately. Because of that user, today, I received what I think is the biggest, grailiest grail I will ever obtain.

This is a plush that I never, ever, ever, ever, ever thought I'd even SEE FOR SALE, much less own! I didn't even put it on any wants list or anything because I was THAT sure that I'd never find one in my life.
Here it is--the Growlithe Mirage plush: 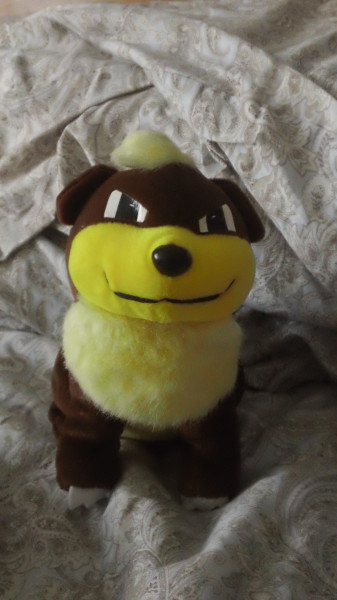 Growlithe is my absolute, all-time favourite Pokemon ever. My desire is to collect every official figure, plush, and charm of Growlithe ever made, and, today, I have finally achieved that goal. 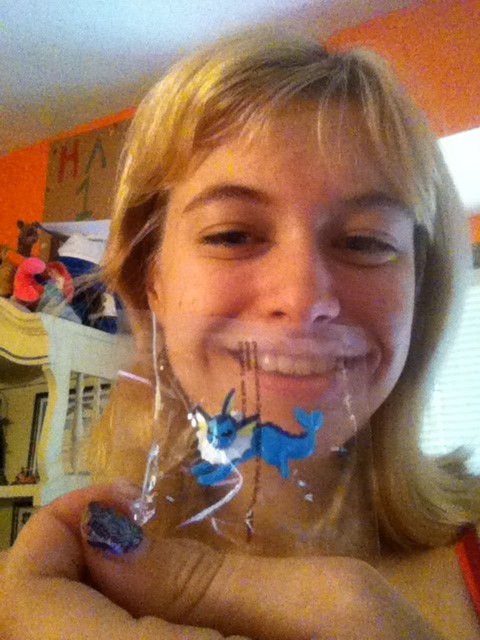 So I haven't showed you guys my collection update since July and I tough it was a time to do one. Me and my gf went to a small collectors convention they do here and we got a lot of cards a lot of old cards that I hadn't even seen before since I left TCG when I was young and came back now as an adult. Anyways enough of my talking XD On to the collection and wants~~~~!

It is here! :D
And it is time for payment!

If you would like to have tracking, please add in $2.

Please make payment to gabb_jess@hotmail.com with your username and your order(s) into the memo. Thank you!
Once I receive your payment, it will be shipped in 1-2 days! :D

Please note that I am shipping from Singapore and it will take some time for it to arrive.
Do leave a feedback once you've received it! Thank you (:

i am excepting haggling on my most of my larger plushies i want them gone,
please note no prices include shipping, sadly the rates went up.
i am donating a percentage of all my best offers and sales to my missions offering in my church.
for the less fortunate. have a look all thank you and god bless.!