Thanks Gin for posting these on twitter, these are brand new TOMYs! It seems like a lot of the already released Pokemon from X&Y are getting figures! We can only hope they release more merchandise info.. Who's excited about zukans? Also the next Ichiban Kuji is guaranteed to have some awesome stuff.

I come to you today in need of assistance. Back in March, I had found a DX Tomy Lugia on Y!J completely mint and crisp white with hangtag still attached around his head. As such, I couldn't pass it up and I bought him at a steal (20 bucks :D :D) and received him a while later!

Then along came summer and the end of the school year, so I put my collection and other items into storage until I came back to college for fall semester....

With Lugia, I thought I did the right thing in wrapping my leather jacket around him to prevent him from scratches and scuffs...but when I got him out of my storage locker, his once pristine white body is now riddled with these weird black marks all over little dots that look like the black nylon/satin liner of my jacket had rubbed off on him D: In addition, my jacket liner had this red satin/ribbon-like trim that had also marked his chest somehow :\

Anyone have any idea how on earth I can get these marks out and restore him to how he used to be? I read that a magic eraser should take off nigh any stain, but I bought some and no dice - I can scrub with little or hard pressure and everything in between, but the magic eraser doesn't diminish the marks at all :( This figure's made of what feels like hard, solid pvc plastic (or the same kind of thing that they make Disney Vinylmations out of), with hollow and softer-plastic wings. Any help or tips would be greatly appreciated.

december MPC pics! the two secret pokemon are probably dedenne and... perhaps bunnelby? dedenne is an obvious choice as one of these mysteries is being called "no mistake; itll be popular" and "major in the new anime!". we just found out today that dedenne is going to be owned by one of the main anime cast, so there you have it. why bunnelby for the other? dedenne and bunnelby are the other two new pokemon getting tomy plush on october 12th, along with helioptile, the rest being starters. so it seems they have some part to play.

these are just adorable. enjoy~

Hey all! I'm back from Japan. ^_^ It was an awesome trip, and I saw lots of cool things. I'll post more pictures from the trip (that pertain to Pokemon, of course) at a later time. For now, I've got a couple old gets to post, and the start of some awesome sales.

And now for sales!

Permission granted in 2009 by Linealba.
Feedback
I ship from the US, I'm a slow shipper, don't ask for a quote. Shipping is $3 in the US, and $8 International, plus paypal fees!
( Collapse )

So my box from FromJapan arrived yesterday! That means that I finally got my Genesect Movie Medal! That also means if I was holding something for you, you should have received a message from me.

But back on topic, today I’ll be showing off something I hinted at in my first collection post. My movie medals! I'll also be showing some unrelated gets that don't fit with any of my other collections (that mostly consists of Eevee stuff for some reason). ^_^

I have a few lines up for grabs on Ebay, including rarer lines like Charizard, Golduck, Machamp, and Scizor line zukans. I do have sales permission granted to me and my feedback thread is located here.

I got an weird Pikachu Plush
I thought it was maybe a mirage plush but not now because the tags
Can anyone please help me figure out what this plush is?

I have two 1:1 Pikachu's that I know are real but this one says its tomy yet I can't find it online
It seems similar to the 1:1 Pikachu but still has clear differences 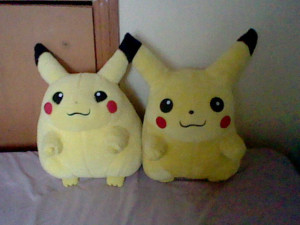 The mystery is one is at the right side >>>

Is anybody going to Anime USA in DC this weekend? Comment if you are!

In the meantime, here are a few more things I added to my stash of Pokemerch:

Behind the checkout counter at Nintendo World, I saw floor samples of both Xerneas and Yveltal 3DS XLs! They're both in a pretty pseudo-metallic/ sparkly sheen, and the blue one looks gorgeous! I highly recommend either of them if you don't already have a 3DS.

I also asked for details about their X and Y release party, and the cashier said they still don't know if they're gonna have it the 11th or the 12th. They're trying to see if they can release at midnight Japan time, which would be 11 am local. (then again, it's the middle of the day on a Friday, but it's also NYCC when lots of people will be out and about anyway) The cashier told me that they should have full details by October 1, so ask after then.

The auction for these sweets ends this Saturday! :D all on starting bids and I also have some slots still open for commissions~
Click the picture to the post ^^ or here http://pkmncollectors.livejournal.com/15829087.html

also this may be irrelevant but i remember there was a pkmncollectors friending meme thing I can't remember if it was or something probably a few/several? months back and was wondering if there will be a post like that coming up again ahahaha >///> 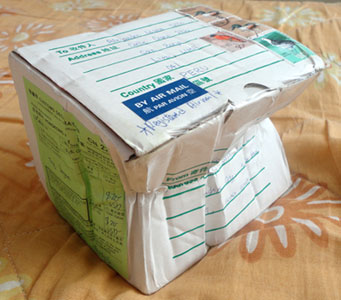 ( Collapse )
And a little sale: 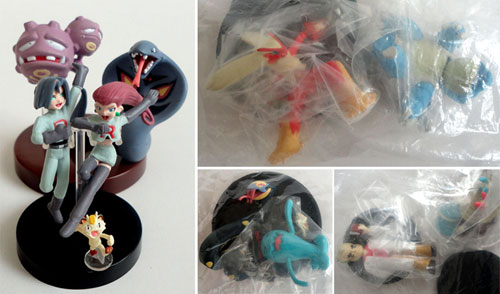 Hi, guys. I am looking around everywhere to hunt down for a Vaporeon Pokemon Center 8" Plush. When I finally reach to amazon, I have found that all those sellers are using the same photos. I am wondering if the plush shown in the photo is authentic. If so, how could you tell if they are selling the one as shown in the picture? Any ideas? The seller has a good previous feedback although they have only 27 feedback in total. Their name is CollgeFandom in case that anyone purchased from them before. I am not sure if it is ok to paste pictures/links here for advertising a potential bootlegger. No offense. Besides, I do not want to call for competitors if they turn out to be authentic. =p

Gahhh, whenever I have things come in the mail I have to show them off asap! XD

He's so cute and cuddly!

Also, here are the rest of my wants!
http://haybuddyy.livejournal.com/2787.html

Hello, everyone! This is only my second post to the comm so I hope it's not too annoying, but I have a friend who's asked me for some information on the I <3 Gothic line, particularly the Banette plush.

I haven't really been paying much attention to the I <3 Marine or I <3 Gothic lines, so I was hoping someone could answer a question for me?

Where and when should we keep an eye out for the Banette plush? What's the potential price range for it?

I have an extra MIP Black Kyurem Rumble U figure and was wondering if anybody has a possible extra White Kyurem for trade.

(Mines is to the left, & the MIP one at the right. Only the ball was opened to check the figure.)

(I will take down this post if this is not allowed. Sorry in advance.)

Hi comm! It's that Eevee time again... Hopefully we can help give these cuties some new homes! ;3; 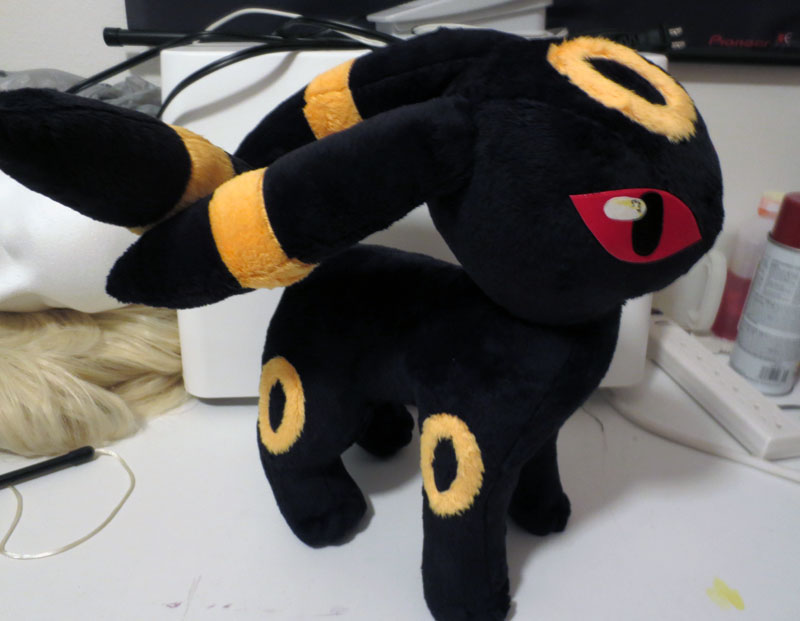 Sales permission granted by Dakajojo on October 13, 2010.
My Feedback

Hello everyone! I've been kind of lurking in this community for a little over a year now. I've commented occasionally and have bought a lot of things but it seemed like I always had a package on it's way. I'm finally at the point where I'm not waiting on anything at the moment, so I figured why not introduce myself?

Darkrai is my "main" collection and therefore I have the most items of him in comparison to others. I just started collecting him rather recently though, so I don't have as much as I would like. In general though, I collect items of the Pokemon in my "dream team" (Houndoom, Espeon, Lucario, Ninetales, Braviary and Froslass) as well as a few things of my "backup team" (Serperior, Luxray, Gardevoir, Vaporeon, Persian and Flygon).

I collect cards of all the Pokemon above as well, but I didn't want to take pictures of my binder since each one has their own section and it would be tedious. I presently do not have any cards of Darkrai, Espeon, Flygon, Serperior or Luxray though. :(

I think my biggest grails are probably the Houndoom and Ninetales zukans, but I know I don't have the money for them at the moment so I will have to wait. Someday I will get them!! In the mean time, I'm always looking for new Darkrai figures/cards/whatever as well as any Houndoom merchandise. :)

I hope to be more active in regards to posting and commenting now that I've introduced myself. It's nice to meet everyone!

The title says it all.

I am selling a new unused code for downloading the Pokemon Rumble U game on the Wii U.
The code was purchased from a GameStop in the USA, so it may only work with a US version Wii U.
However, the NFC figures themselves are NOT region-locked. So even Japanese figures will work with the game.
The game is currently $18 on the Nintendo eShop, I am only asking for $10 plus Paypal fees.
Once the payment is received, I will send the code via private message (or email if preferred). 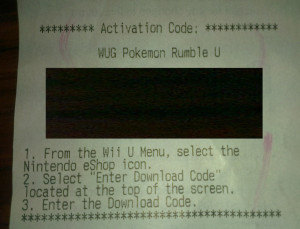 -Sales permission granted by entirelycliched on 3/2/2012
-Feedback: http://feedback.pkmncollectors.net/feedback/view/christiansuen/
-All community rules apply
-I will not deal with any banned members
-PayPal only
Thank you :D
Collapse