Does anyone know of a deputy service/mail forwarding website that would ship an item from Australia to the US? I've done a lot of googling, but the only place I've found isn't responding to my emails or registration, or showing any sign of activity.

I would also, again, definitely be willing to compensate an individual if someone was willing to help! I believe I can pay via paypal, I just need an Australian (or New Zealand) address to receive the item and forward it on to me.

To make this post a little more interesting, ( Collapse )

Hey all! Getting rid of a few small things. I got a lot of the Type Focus Ghost stuff because I heart Meowstic, but the pattern isn't really awesome enough to have so many items with the same thing on it, so I'm selling off a few of the extras. I'm only asking what I paid for them, so if you'd been debating about it you'll be saving on shipping from Japan. :) They really are quite cute, just not really worthy of collecting the whole set! Also have 2 Flareon/Umbreon dolls for sale.

I should have a nice collection update here soon. :) Thanks for looking, everyone~!

Sorry for not being active! I was just busy with other things~

Now, the reason why I say Christmas was interesting is because I got everything I wanted..

..besides the Reshiram Pokedoll that was my top priority.

Don't think I'm ungrateful, but I got a bootleg Reshiram "banpresto" plush instead. Even though he's still adorable, I still can't get over the fact that I still don't have my dream plush.

I can't find the real thing anywhere, not on Ebay, Amazon, Pokedoll USA..

Hello, everyone! I'm baaaaaaack from a long winter hiatus. I've been offline for most of the holiday break so don't be offended if I haven't responded to recent comments. I'm slowly catching up. I had a glorious haul this season and would really love to show off my spoils. Things keep coming in but I think its about time to showcase some of it. Christmas and my Birthday really helped my collection out. Hehe.

I've also decided on a new pokemon collection! This is rare for me so I'm quite excited to show you my first piece of merch for it.

Can you guess what my mini grail is? 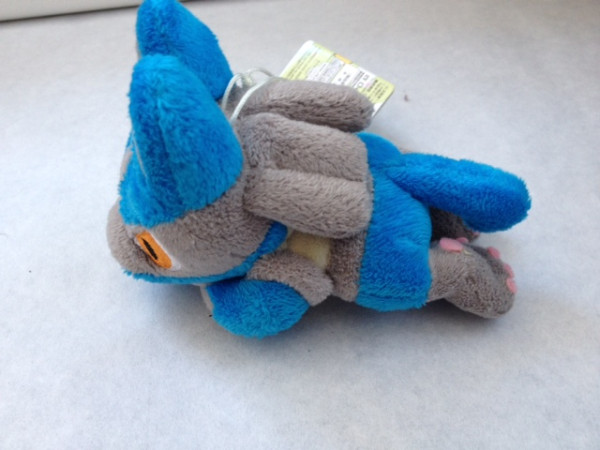 Also still lots of old Kids available.  Most are $1. 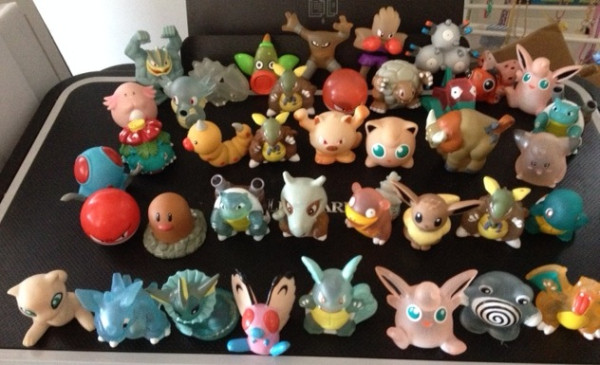 And yes, I can combine with stickers from my store. If you order any and want things from here, let me know and I will subtract the shipping you already paid.  (Click the Miltank to go!) 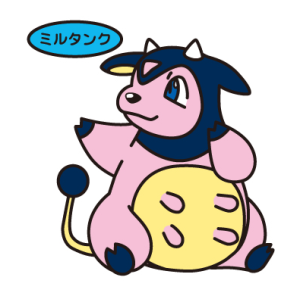 Here are the cards I want: http://amzn.com/w/2T3VHSZYOG05N

and here are the cards I have (recently updated!): http://shuuichi-chan.livejournal.com/60097.html

If you would rather buy any of the cards let me know as well.  Thanks!

I am also looking for this Meowth plush!

Finally, here is a reminder for the Plentiful Kid Figure GA - as it stands now we did not raise enough to buy any of the lots, but I can extend the bidding (the actual listings do not end for quite a while) if you would like to keep trying.  Click here to see all of the kid figures and keep bidding - http://pkmncollectors.livejournal.com/16396741.html

I am looking for this figure:

Hello, my name is Demi i'm a sixteen years old girl from the Netherlands
and I just got into this wonderful community!
I've always collected pokemon cards, but it's time for some more collecting.
I decided to start collecting Shinx/Luxio/Luxray stuff, since they are probably my favorite evolution-line all time.

So please let me know if you sell anything related to them, i'm gladly willing to buy it!
I hope you guys will sell me some great stuff to get an awesome collection. (:

Does anyone now where I can find custom Mega Charizard X merch? I really like Mega Charizard X but I don't see anything out there as of yet and also want to know if they'll be having some stuff out for it.

What I'm looking for is either a plush or a custom made Pokemon card and hopefully at a good price. I'm very picky with proportions and style so some I already found didn't suit my wants(esp. deviantart).

I don't know if this is widely known or not, but I figure it'd be a good idea to share this, so it does not potentially affect other peoples' figures too! :(

I decided to use Sculpey modeling clay to help prop up one of my little strap figures, because it doesn't stand. I figured it'd be perfect.

Though unfortunately while deciding to move the figure a few days ago after it sitting on the clay for about a week, I noticed that the paint had been degraded by the clay (this is after I wiped away the sticky paint remains):

It really sucks, but I'm not too down about it, after all she's only ever seen from the front and I plan on replacing the paint. It could've been worse. >.<;

After talking to my friend about it, we've discovered it's because of the plasticizer in the clay (keeps it from drying out). I dunno if I'm just dumb for not knowing about/thinking about this or what. But like I said. It seems note-worthy.

I want to clear this stuff out so I don't have to take them when I move. I also need money for my last semester of college *yay*
So help me get this stuff outta here! I will take payment plans and will listen to haggling. If it's reasonable I'll accept. (please don't haggle on the lots. They are already way less than I paid)

Added some new items. And I included some lot deals or buy this many and get some free or money off.

Thanks everyone! Hope everyone had a great xmas! I have to do some collection updates!! <3

i have received these days some Pokemon Time straps but I didn't get any bookmark I'd like to have, I got Latias, Latios, Jirachi and the older Bulbasaur and I'd like to trade for Politoed, Flygon, Vulpix, Heracross, Growlithe, Ampharos, Drifloon, Umbreon or Mawile (I'm not sure if all of them have bookmarks :/). If someone has any and would like to trade with me, let me know! 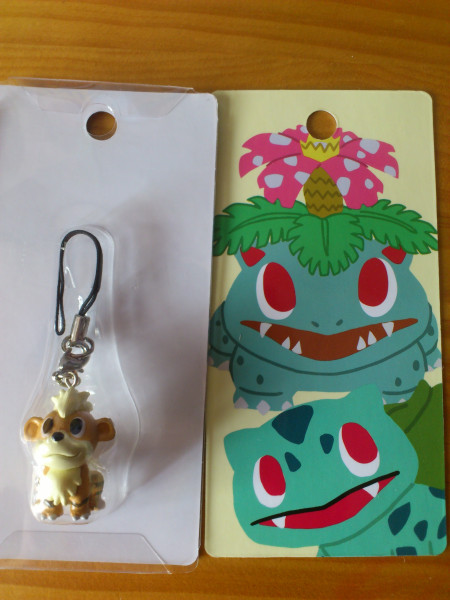 I also have more things that I'd like on my WANTS POST so if you're selling something I could be interested on buying or trading >.<
Moreover I have tons of things on my sales post HERE so if you want to check to make any trade, that would be awesome <3 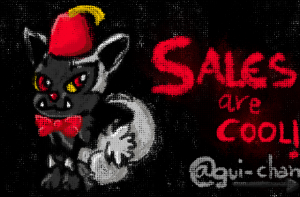 Hello everyone! My name is Ainslie, and I'm a new Pokémon plush collector living in the United States. I joined the community to meet new friends who have the same interest as me, and to enjoy all of the different collections (and maybe buy some plushes, too)! I'm quite shy, so don't be afraid if I seem a bit standoffish at first. I've recently decided to begin collecting Pokémon plush, and as I'm sure you can tell, I really like Oshawott. :D I'm open to collecting all Pokémon, though. Everything I collect will be placed on the little shelf you'll see below. I don't think I'll be posting too often, but I’ll be around and updating occasionally. I hope to get to know all of you better! :)

If you made it to the end of this post, thank you for reading. I'll see you all again soon! :)

Hello! I'm looking for these 4 Kids figures with these colors. Meowth (brown feet & coin), Jolteon (the back of the mane is not painted), Omastar (darker shell), and Electrode (darker red & white).

Also, my brother is looking for Rapidash, Dragonair and Ninetails.
Thanks!

Hey everyone, does anyone know if anyone is selling any of the eeveelution Jakks Figures or where i can get my hands on. They never came to the Uk and i have searching for ages.

I'm mainly after vaporeon and Umbreon but i'd love the others to.

If anyone can point me in the right direction or provide any help i'd really appreciate it!.

~My Trades~
^Those are the items I have to offer on my Weebly account. I would LOVE to trade as many items for some of these wishies. I also have a lot of Eevee plushies to offers; please post or message me.
I was granted sales permission by: entirelycliched on 8/7/2013
My feedback is located: HERE^-^

+One of my dream items was shipped Monday. So when it arrives I shall do an un-boxing <3
But I'm still debating on which pokemon shall join in....

So, I'm headed back down to school on Sunday, but I wanted to do a collection update before I left so that everything would be all pretty and not split up. I've got a new setup from when I last updated too: now I have two shelves for my collection! It was really getting impossible to fit all my plush on the same shelf as my figures, so I did a little rearranging.

Buuuut there's another surprise: this collection update is a video! I hope y'all like it: feel free to tell me what could have been done better!


I really hope this works! I've never posted a video on Live Journal before. I thought I've seen posts with videos not under a cut, but if I need to change it, please tell me!

And, under a cut this time, are my gets since my last update! Well, the ones I haven't posted about at least: I already posted my grail get and I don't want to be redundant.

Also, I have two small sales!