Hey everyone!
this is a really quick wants list!
Can anyone who are selling any zukans or any chess piece figures or any bottlecap figures or TFG's tell me and put the link to your sales or picture of your collection in the comments?

I have a few zukan lines and TFG's but if you are selling one just let me know!

for chesspiece, specifically these are the figures I currently need...

I had a pretty fun but busy Easter weekend. I crammed to finish up one of my papers on Friday since I knew I would be out on Saturday due to a friend's birthday activities. I did not prepare to be out so late that night though and I pretty much knocked out on Sunday at around 5pm. I didn't wake up until this morning and I actually think this is the most sleep I've had in a long time.

With that said, I took these photos on Friday since that is when my package arrived at the post office but I am only posting today. As with my last posts, Zorua will be helping me unbox.

I have a question for those of you who own this plush:

It's the Pikachu 1:1 Hasbro/Tomy plush, also called Hasbro Jumbo plush. I believe it was released in 1999.

I recently got one and I heard that bootlegs exist of these plush, so I wanted to be absolutely sure about it.
The seller told me they bought it in the store back in 1999 or something, and not on the internet, so I think it's no bootleg.

However, I made a photo of its tush tag: 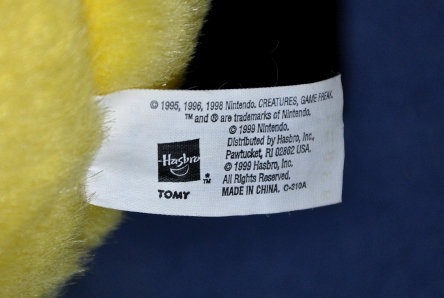 The tag is not looped but is just one single flat piece of paper.

Can anybody who owns this plush have a look at its tush tag and tell me whether mine looks right and theirs look the same?

Has anybody seen bootlegs of him? I have no idea how the bootlegs I heard exist look like. I have seen some weird-looking Pikachus on the internet which have a somewhat similar shape but a weird face or weirdly stitched mouth etc.

Otherwise, my Pikachu looks exactly the same as on the photos I found on the net. His fur is neither minky nor velboa (like on Pokedolls), but some kind of other polyester fabric, and it's a bit fuzzy, but short-fuzzy. His eyes are hard plastic and his cheeks are also some kind of harder material, but they are made of a coarser fabric, but underneath them are a bit harder you know?

Here are some pictures of mine: 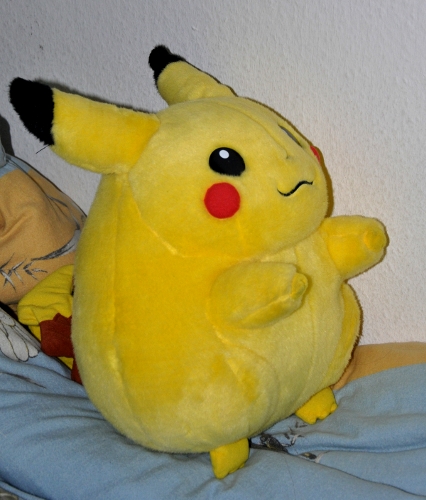 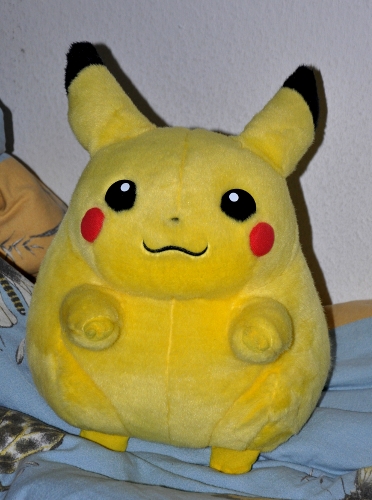 THANK YOU FOR YOUR HELP!

Hey guys! Lately I have been very inspired to get back into art and try to get better at it, so I took up the hobby of making Pokemon sculptures! I bought my first custom Sylveon figure/charm the other day on Etsy and fell in love with it! The artist is very talented! I took the basic concept of her sculptures and made it my own ^_^ I hope to get better at these- because they are still pretty rough and I kept getting random fibers in the clay- I need tips on how to prevent that. But let me know what you guys think! :) 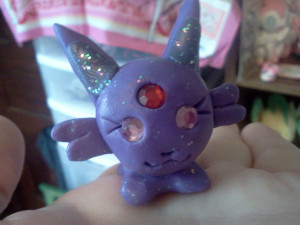 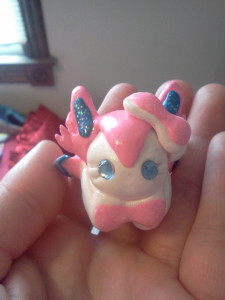 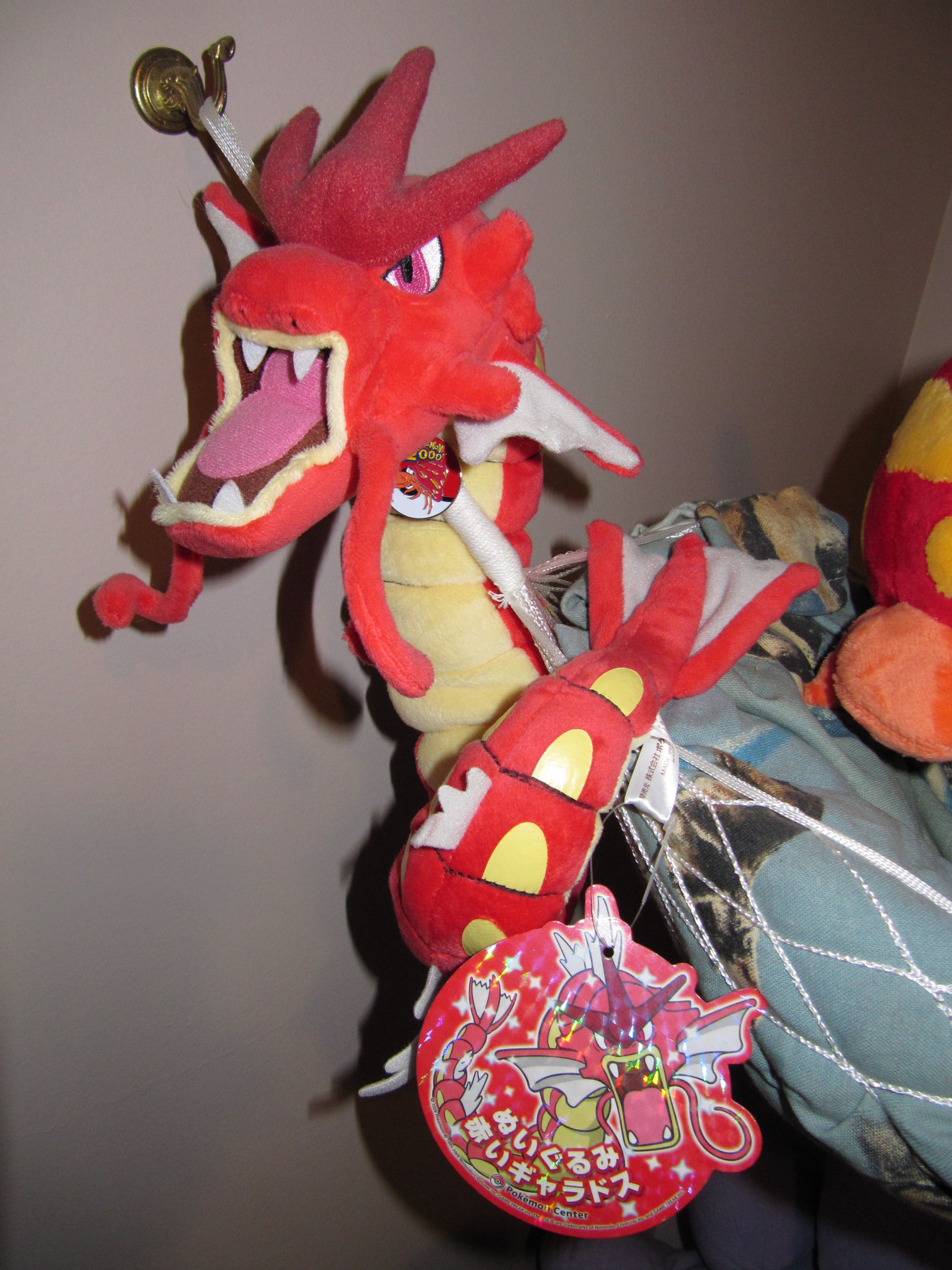 Just a reminder that offers for this gorgeous Pokemon Center Shining Gyarados end on Wednesday!

Mister Charizard will guide you to my sale post c:

(Mister Charizard is not for sale)
( Collapse )

Thanks for looking c:

have a couple ebay listings up

Hi everyone, I'll keep this short and sweet: I got a Munchlax Pokedoll in a plush lot and have some concerns as I want to check its authenticity before offering it as part of a trade. Pics below.
( Collapse )

Today I bring you this auction featuring the elusive Standing Sylveon Kid! 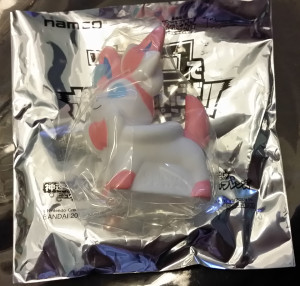 Auction info and other pokemon (including more Sylveon) quick sales under the cut!

Hi Everyone!
So my birthday's coming up and I'm looking for one of the few playsets I still don't have: the Ilex Forest Playset! Also might be called the fourth movie playset, the celebi playset, pokemon 4ever playset, etc. It looks like this: 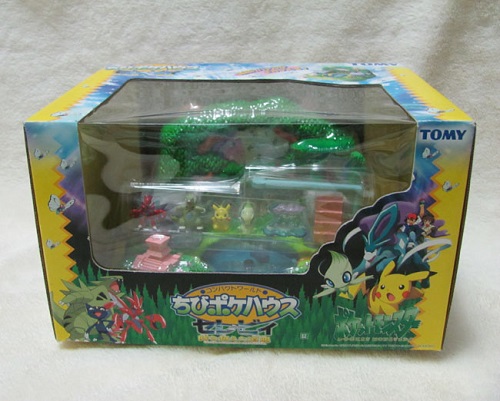 If anyone's got one they're willing to sell, let me know! I'd love to have this set c:

My name is Amanda and I've been lurking for a pretty long time. I am from Sweden and my English is not the best, at all. I think you'll at least be able to understand me but I apologize for all the spelling mistakes I'll probably make now and then!
I have been a fan since the start of the series and also I've been buying Pokémon things here and there since they first started showing up in stores. But it was first when Furfrou was revealed that I instantly decided to start collecting a specific Pokémon! Just like many others I have dreamed about a poodle Pokémon for a long time and I still really can't believe that she actually exist! ♥ My long term goal here in the community would be to own everything released of my favorite Pokémon if that is even possible and also maybe even make some friends! Now for the want.
I have been looking for this Furfrou Pokédex Ramune sticker for a pretty long time now to no avail, any help would be very appreciated! Found one! Thank you for reading.

Hi i up dated my sales post with some cool zukans :) lots more than this preview pic: 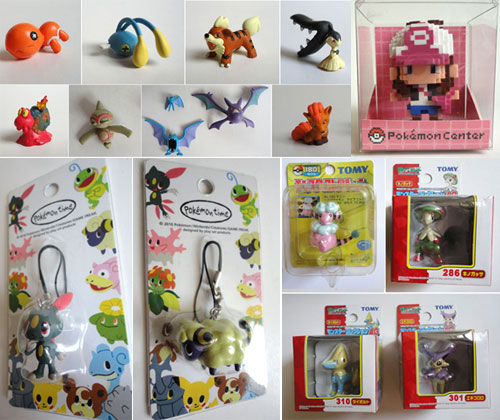 hey guys, just a quick reminder that the auctions for my rare Sylveon items end in a little under 24 hours! all of the items are still very close to their starting bids. don't miss your chance to nab some awesome items!

you can click this link or the pictures to be redirected!

I also have a bunch of figures, TCG, plush, and more left in my sales post! *u* i've reorganized my sales post into two sections: one for plush and figures, and one for tcg, stickers and other flats! 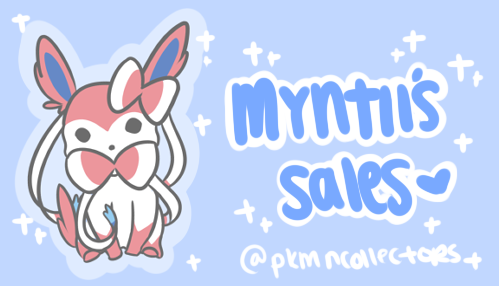 Hey there! I put all my remaining Kids up in smallish lots on Ebay. All start at $3-$5, and a few don't have bids yet. Please check them out, I think there are some good deals!
Ebay auctions here!

We lost :(Thanks to everyone who participated! Better luck next timeee
Hello! I bring to you guys a GA hosted by

myntii and myself :) There is a little over 3 days left!

I just received just about the coolest card I have ever seen in all of my years today!!
I think this card is very rare! Would anyone be able to give me some background on this card?:3

My Pokémon cuckoo clock just fell off the wall earlier tonight and broke. It was my most prized possession in the entire world. I desperately need to replace it. I will pay good money, I'll trade for it, anything to have it back in my life. Please, please let me know if you have one or know of one for sale. I will be eternally grateful. :((

Update: We lost.... We werent able to accumulate enough money.... 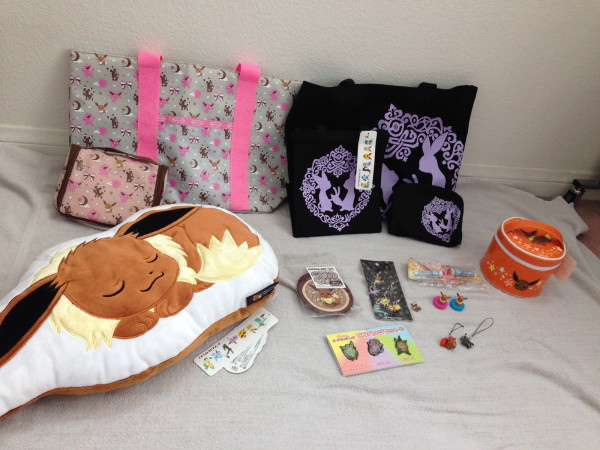 I will be doing the threads and spreadsheets and

shiny_zekrom will be handling the bidding and shipping.
I will be claiming the Pokemon Time Pouch for $40 and 1 set of coasters for $30 and shiny_zekrom will be claiming the 1 set of coasters for $30. We may also be bidding as well.
All pkmncollector rules apply.
Do not delete your bids/comments. No sniping!
There will be 2 payments for this auction. Payment 1 will be item cost, shipping, and fees. Payment 2 will be shipping from shiny_ zekrom to you. Shiny_zekrom ships from Florida, USA.
Each item has its own starting prices and bids at least in increments of $1.

Please do not bid until all threads are up, when this is crossed out. BID BID BID! =)

UPDATE: We clarified with the seller that there is only one set of coasters and I spoke with shiny_zekrom and we decided that I will continue to claim the coasters for a higher price of $50 and the small Pokemon Time pouch will be put up for auction.
( Collapse )

Welp ... I just got hit with a $270 payment 2 charge on FJ and it just about knocked the wind out of me. My body got really hot and I wanted to vomit after I logged in to pay and I'm honestly still a little queasy.  I don't know if I would have saved money in the end if I split everything up into different shipments or not, but there's nothing I can do now. ;~; The good news is I have some Inkays on the way! (lol :( )

Just some quick sales before I pack everything up. 2 weeks left of school!! So shipping may be a little delayed (just by a day or two, instead of same day shipping) I'll probably ship on Tuesday and Thursday so get those orders in. Thanks everyone <3