Hello!! I'm gunna be moving in a week or so I'm trying to collect as much as possible right now to make it easier on me.

Anyway, my Sylveon collection seems full enough, so I've shifted a bit to collecting Glaceon. My grails are the Candy Tin and the Stack Mug, but I'm also searching for the Pitapoke.

If anyone wants to sell anything Glaceon to me I would love to see what you have ;7; but I would need it at my doorstep by next thursday, since I move on friday.

So I 'finished' playing the Y version, only to start X and fall victim to the opposite gender Meowstic...  Funny how in Y, as a girl, I caught a female Espurr and she ended up on my team.  Now in X, I chose to be a boy, to check out the character's possible outfit's, and I caught and trained a male Espurr, to change up the previous game data  X3   Needless to say, this one now has a nickname, and I feel I must add him to my collection!

I am also looking for this female Meowstic Pokeball/figure set!  I am not sure where I can obtain one from, nor the price.  I have seen the male Meowstic figure, single packaged, and ordered one from Sunyshore.  Why haven't I seen this girl yet?  Anybody?

I purchased *almost* the entire set of these 'Eevee and Friends' figures.  I say 'almost' since Sylveon was the only one missing.  As popular as she is, I hope to find one
x]

A bug!  A Scatterbug!  Now I do have this particular metal coin.  What I am looking for is the GOLD version.  I have both Vivillon coins.  Perhaps someone may have a golden Scatterbug?

My goal was (and still is) to collect all (17, now 18, right?) types of Arceus figures.  I started out with the (what I didn't realize were called...) chou-get's, since I had found most of those first.  And surprisingly, I completed that set first!  Now the Tomy figures were a bit more scarce, even now more-so since I am assuming there was some kind of promotion for the 17 types at some point, which I was not around for.  I know that there are plush, chou-get, Tomy and chupa figures of all the plates...  I am in need of three Tomy Arceus types to complete this particular collection...

I am on the prowl for the Flying, Psychic and Rock types!

And since I'm on topic with Arceus, I found out that a bath salt/soap figure exists!  I haven't seen one on the community before and I wonder how rare these are :/  I know it has been a long while since their release.  I would absolutely love to know that at least one community member has one, even if I could use it as a reference/want picture...

If anyone knows the whereabouts of any of these merchandise, please comment away!  Any and all help is appreciated!  Good day to you all lovelies as well!

By the by, I am running off of caffine which I REALLY shouldn't be drinking.  Forgive any typo's, run-on sentences, ramblings and errors.  All images have been obtained by Google searching and I shall take down and/or delete images if the original owner(s) wish.

I recently got one of my biggest grails, a MIP Nidorino!!! ^o^
( Collapse )
I am still on the search for a Nidoqueen and paying VERY well! 100$+ for a MIP one, single or Boxset, paying more for the set. Also looking for JAPANESE Tomy MIP 2-set Caterpie/Weedle, Kangaskhan/Tauros, Exeggutor/Exeggcute, Staryu/Starmie, the H set with Bellsprout Evos, MIP Oddish, and a MIP Pinsir. Thank you very much!!! :)

I have received a lot of little treasures in the mail this week and I am super excited to share them with you!

Two new bottlecap figures, a chess piece, and a zukan! All of them are absolutely adorable and great starts to my zukan and bottlecap collections. All are wonderful gets from fellow comm members :)

Now I need to expand my collection some more. I am interested at looking at anyones sale that have:

TFG Groundbreakers
Other TFGs - Pokemon and Trainers (only looking for Erika, Sabrina, and Misty for the trainers)
Chess Pieces

Just wanted to reminder everyone that my $1 auctions end on Thursday at 11:00pm central time. There is a lot of tomy figures that can used for shiny repaints and they are up for a great deal. Also there is Mega Tomy as well.

Offers for POKEMON POSTCARDS ROUND 2!
some are left over the rest are Updated. 14 post cards+ magnets
i have more post cards i will be adding in the next few weeks.

Hi everyone! I am still looking for these plushes!
I have had no luck finding Lilligant and Ralts :(  I have been able to find the rest but they are kind of pricey...
I will probably end up getting them but I wanted to check here first before I do.
If anyone has any for sale or knows where I can get them, please let me know,
Thank you!

creampuffoholic for finding Mega Absol!
- Thanks to

gleameyesluxray for I <3 G Absol! 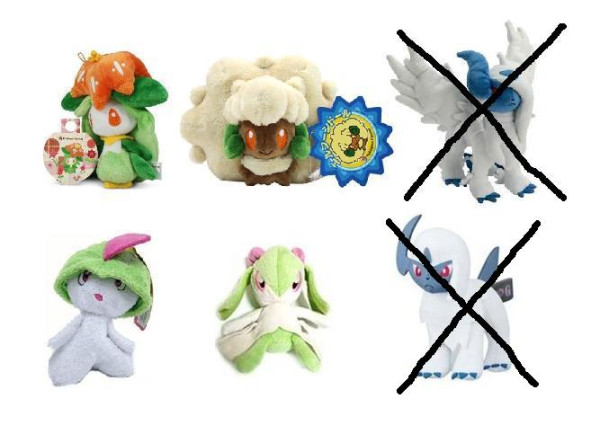 Enough about that!
Here are a couple of figures I found during the weekend :D
( Collapse )

(You can find my sales in my journal)
I will also trade for my wishies. I have 2 rares: Eevee Walky and a spring Eevee UFO plush. ^-^

It has been so long since I've made a collection post here, I figured a re-introduction was in order...!

My name is Lissie! My favorite Pokemon is MAMOSWINE!! This July will make it SEVEN WHOLE YEARS since I've been in this community. Jeeeez!!!
I am currently in my 3rd year of art school, 2 of which have been spent away from home. Unfortunately, this means not all of my collection can be displayed, and a good majority of it is packed away. :( A good bit of what I have to display while in school is things I've gotten in the mail. Since XY came out in October, I've managed to gather the beginnings of my collections in one place. Yay!!

But first I wanted to mention my other collected Pokemon!! They are: the Mamoswine line, Flaaffy, Tangrowth, the Pansage & Pansear lines, the Scraggy line, Krookodile, Maractus, and Cobalion! Oof!!! I have a lot of soft spots for other Pokemon, too, mostly Flareon... ;w; I tend to focus on plush and figures, but I also get other trinkets here and there!

Thanks for looking!! :D

I've been waiting for these guys for a long time, they're finally here!

I do need to find a good home for the rest of the kids, I can't fit them all on my shelf ;.;

Back with some interesting items up for offers.

Recently got a box so I added the extras to my sales post. This time I've got some more dice, key reels, and a few misc. items. I'm putting one of my Mystery Dungeon Jakks Riolus up for sale. A couple people mentioned they were looking for one in my collection post so I figured I'd give them a chance. His price is high, feel free to make an offer. And he's gone. ~
http://riolu.livejournal.com/1080.html

Recently got a box and some of my more exiting gets were a bunch of older pressed pennies. I only wanted the Lucario, but the rest were an awesome bonus. I'm not sure what to price these at so I'm taking offers on them. Also taking offers on an extra handkerchief I bought on accident. 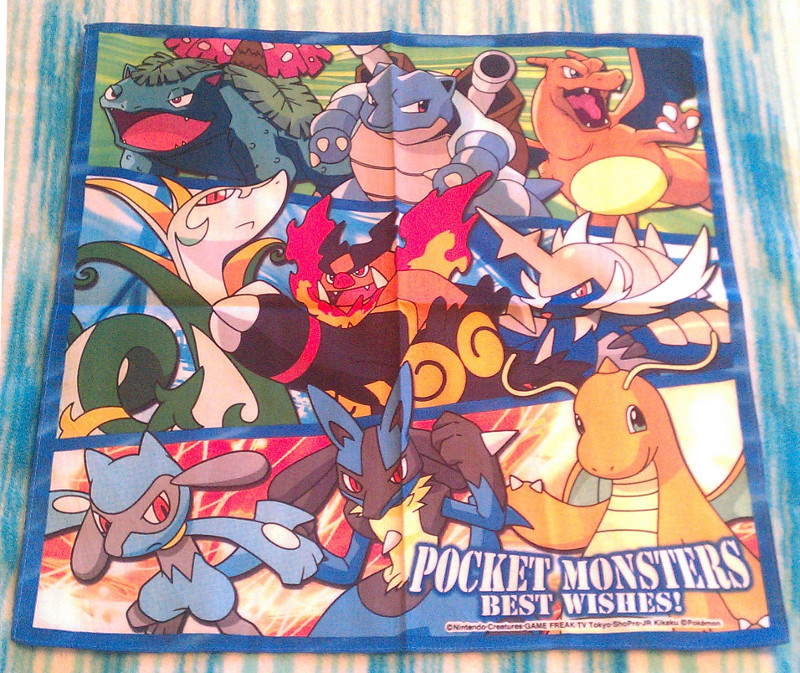 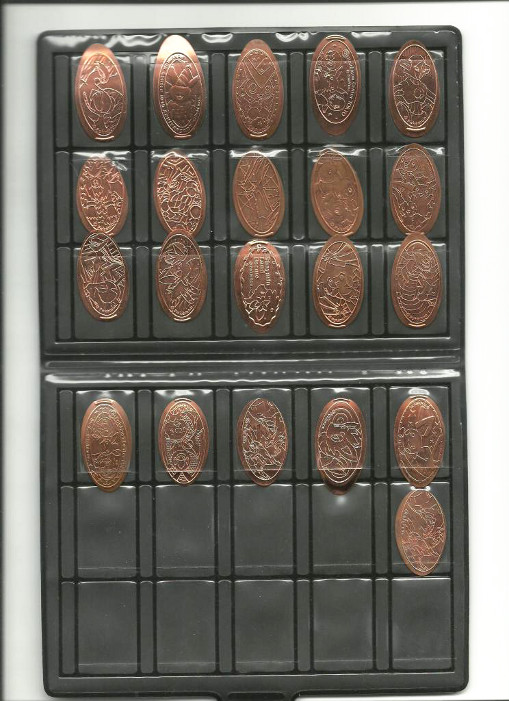 Behold. After almost 3 weeks of waiting, I present to you all: A complete set of mystery dungeon diorama figures!!!!! 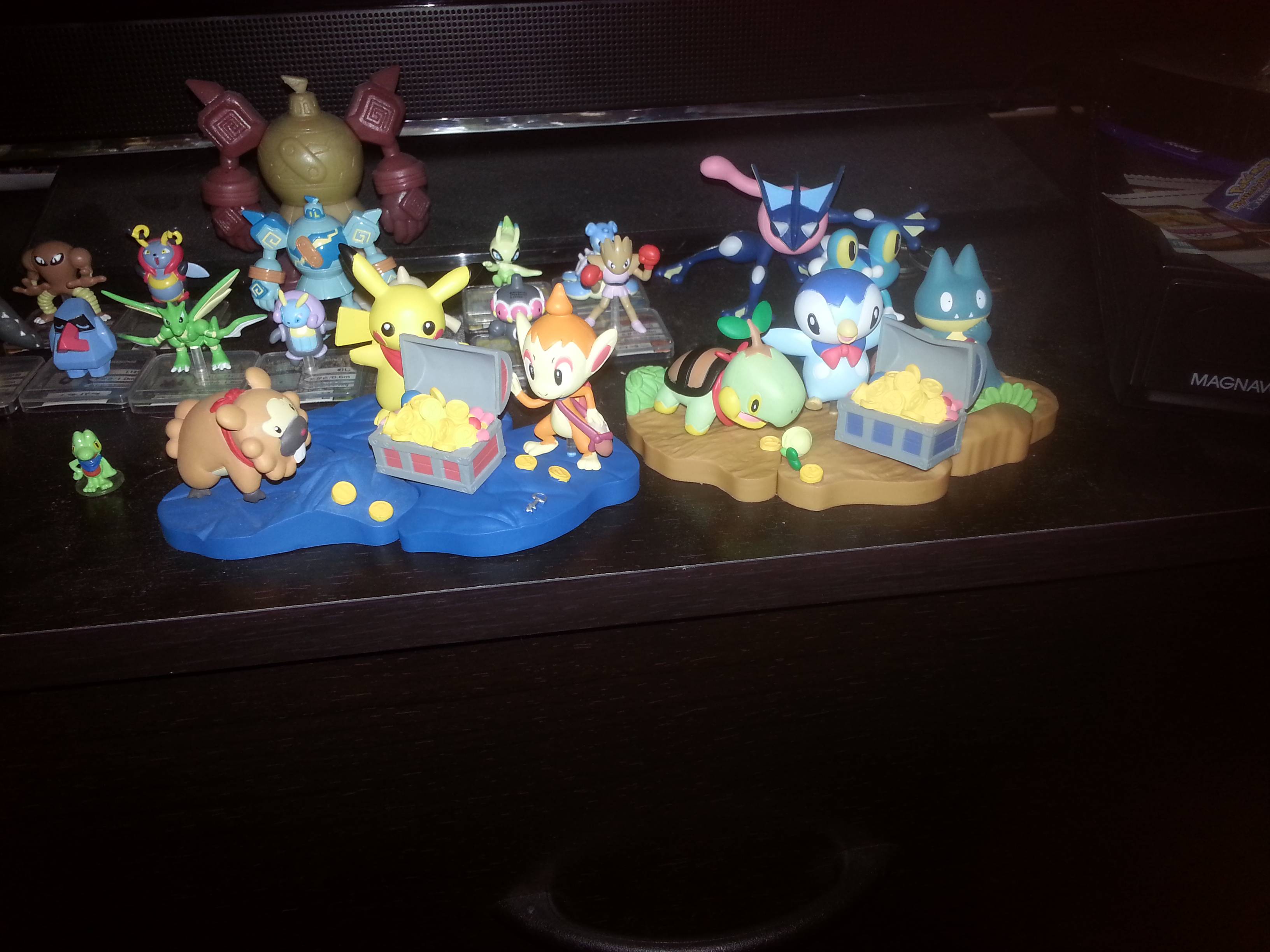 They look awesome all put together.

I also have a major grail on the way so I am excited to upload them as well.

( Collapse )
as always, thanks for looking

first off, I was wondering if anybody would be interested in a group buy of these chupas? *u* each figure is $6.49 USA/$6.56 international + shipping from me to you! i'll be claiming sylveon! these will be new in pokeball, but I'll have to open them once they get to me so I can confirm the figure inside.

a claim is a commitment to buy! claims are first come first serve. 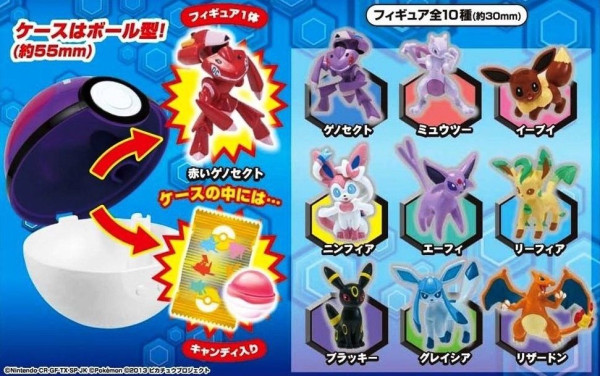 dakajojo on 5.21.11
-Paypal only, please!
-I ship from California, USA. I will ship internationally! Please be advised that international shipping starts at $7.
-Payment one includes the figure and shipping to me. Payment two will be shipping from me to you.
-My feedback is located here and here.

next up, i have some really amazing gets!!

Also, have a mini sales plug! I've organized my sales into figures/plush and stickers/tcg/flats to make things a bit easier to find!

Hi everyone! My name's Justin and I've been a member of this community for awhile now, but this is my first post. Even before I made an account myself I would spend a lot of time lurking on here with my girlfriend

methuselah31010. Pokemon has been a big part of my life for a long time, but I only really started getting into collecting about 3 years ago. Dragonite has always been my favorite, but I'm also a big fan of water types in general.

I've been in the community for 5 months and I still haven't posted my introduction ;~; Whether or not you care, here is my late introduction!

My name is CakeEqualsLies and I have been a fan of Pokemon for about 8 years! My first experience was my Pokemon Sapphire version playthrough. Also, I have had my starter, EMERALD the Blaziken, a Rayquaza, and DESTROYER the Tyranitar for 7 years, currently in my X version. I began collecting pokeplushes in 2012, starting with a Musical Mincinno. My first pokedoll was a US Flareon. I don't plan on collecting a bunch of plushies, but it's still fun to collect these awesome toys! What I plan to collect next is an Ichiban lottery prize Bulbasaur plush and a 2011 Whimsicott pokedoll, which I am looking for right now! Thanks for taking your time to read my intro! ;•; 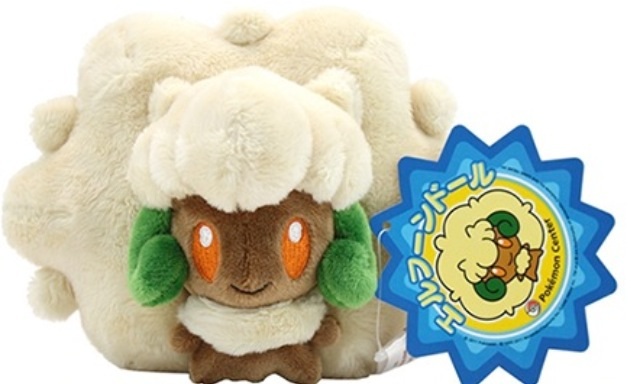 Please help me get my hands on this awesome fella :D
(Image from japanvideogames.com)

Hello! I wanted to show off my new little Raichu who just arrived in the mail today. I won him on ebay and have been looking for info on him, but have not come across anything in the slightest. He's super pretty, but being clear, it's hard to get pictures of him. Click the cut to see, though, and let me know if anyone has any info on this guy!