Hi everyone, i'm new to the community! I've recently started collecting pokemon plushes and i'm very interested in the Spheal line. I'm looking for a Tomy Spheal plushie, and a Kutakuta Spheal plushie. I can afford about $25 + Shipping for each. If you have any of these i'll gladly buy it :3 Nice to meet everybody!

Sorry if this isn't allowed, as it's only tangentially related to collecting.

I was wondering: Outside of the people you live with, do you let other people know about your collection? If yes, who and why? If no, why not?

To answer my own question, no one other than my BF (who lives with me) knows about my collection. He's fine with it, so long as it doesn't encroach on all the spaces (it's getting there, though!) or eat up all the money. I don't tell other people in my social circles, simply because I'm not around people who appreciate nerdy/geeky/anime things, at least not outwardly, and I don't want to deal with the judgypants attitude. (And yes, I'd put Pokemon into any of those categories.) In college (I went to a school that prides itself on its nerdiness), playing the games was socially acceptable and even encouraged, and having one or two plush or the pre-order figures for Diamond and Pearl and so forth was OK. Unfortunately, not so much after that.

I think there are a couple reasons for not telling other people that I collect Pokemon (or anything else, for that matter):
1) Pokemon is a franchise that (in the US) is largely aimed at kids, and what's someone older than 12 doing collecting its merch? (Especially the plush!)* Coupled to that, anime is still a pretty peripheral part of the the entertainment industry as a whole, and is considered "weird" and/or childish by a large number of people. The games are acceptable, for some reason, though.
2) No thanks to that Hoarders show (and others like it), I think there's some perception that anyone who collects anything is some kind of hoarder or is at the very least weird, because they (the observer, not the collector) don't see the value in whatever's being collected, or the point of sinking money into it. I think it's especially true when it's a collection of merch that's thought of as "kid's stuff," like comic books or Pokemon.

...I was going somewhere with this, I swear, but it's nearly 1:30 in the morning and I've run out of steam.
If you've got thoughts on the matter, I'd love to hear/read it!

Also, I have a new wants post, complete with pictures! (Clicky to see!)

After lots of thought, and money issues, it is time for me to leave pokemon collecting. I will always love pokemon but no longer have to space for my things, or the money to continue buying more. There are simply other passions in my life I want to put my time/effort and cash into :D

So that means I am planning to sell 99% of my collection very soon.

I do not have the time or if I am totally honest much patience to deal with lots of questions and individual pricing, estimating and posting for dozens and dozens of low and mid price items so want to sell as one big lot.

I was thinking of putting it on ebay then posting the link here. Would that be allowed? ( I do have sales perms) maybe someone else would do a GA against it, not sure how these things work.

I am in the UK but will be listing it as willing to ship internationally, however postage will be very expensive as it -must- be a tracked type to protect myself against paypal 'item not received' scams.

Is there any easier way to sell an entire collection?

Hey everyone! You've all been so helpful helping me get my wants :D along with eBay and Y!J to help as well. I love you guys! :3 There's still a few things I'm looking for however which I'm hoping to find someday at reasonable prices..I will buy these at almost any condition, take a look! :3
( Collapse )

Just a reminder that offers for these two AMAZING custom plush by Baby London Star and Glacidea end tonight! 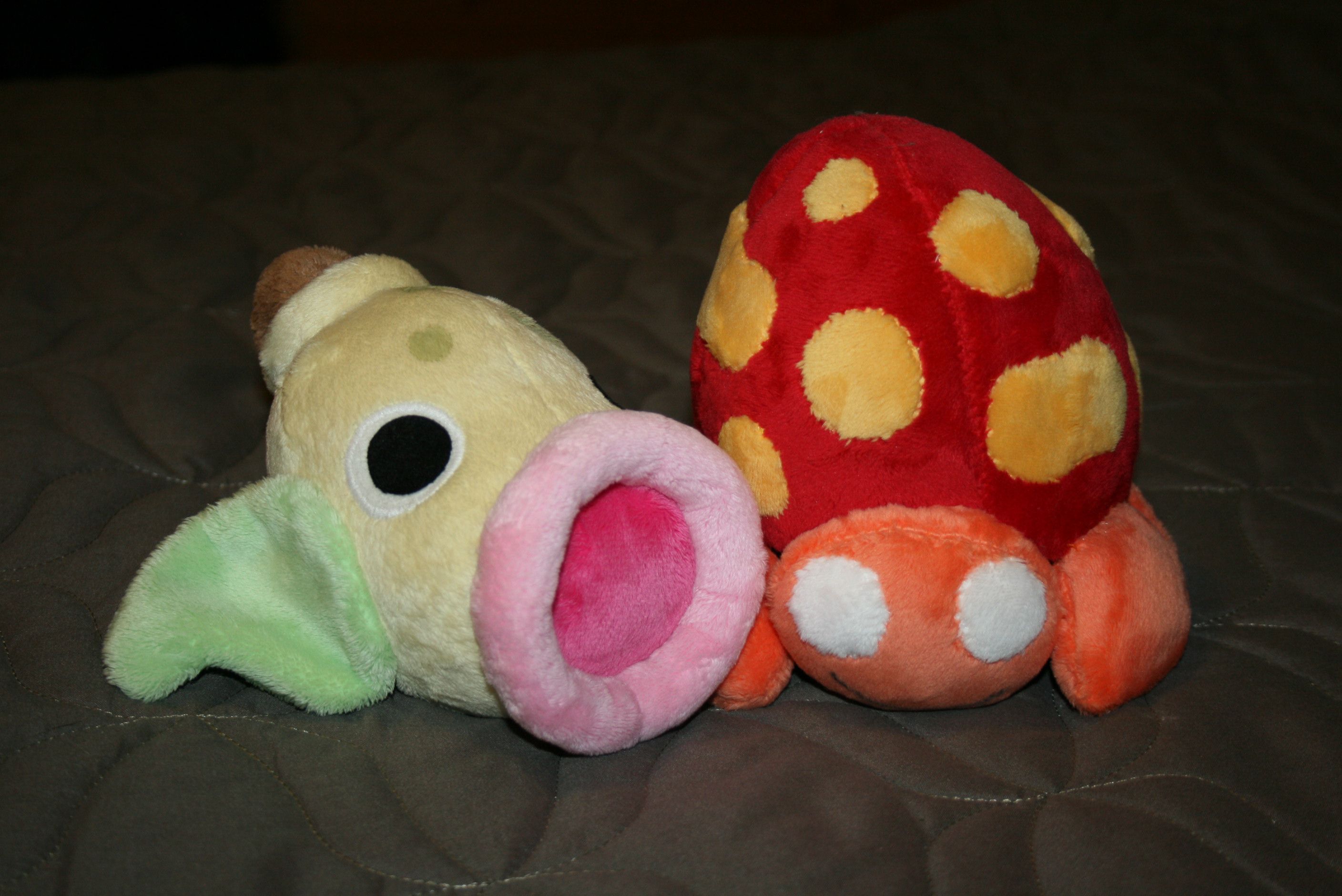 Click the photo to go see! There are also sales at the same location! :D

Hi! I'm Smokeybird and I've been lurking around this community ever since I found out that there's a big group of people dedicated to Pokemon merchandise, which was about 2 months or so ago. I'm mainly interested in plush - even more so in pokedolls - but I'm also beginning to take an interest in figurines, though I only have one.

I'm just going to show my collection and that'll be it for this post, really. Let's get started!

I'm looking for a Leafeon Pokedoll. I was wondering if anyone has one for sale? I'm hoping to spend around $25 or so shipped (in the US). It doesn't need the hang tag, but I would like the minky to still be fluffy. I recently got one from Y!J and the minky was all matted down and not soft anymore :( Got the little cutie, thanks!

Gets/Collection update coming soon! I've gotten a lot from community sales lately and can't wait to show them off!

This is just a quick reminder to let everyone know that the auction for my custom plush (and needle felted dolls) will be ending tonight at 10pm PST! 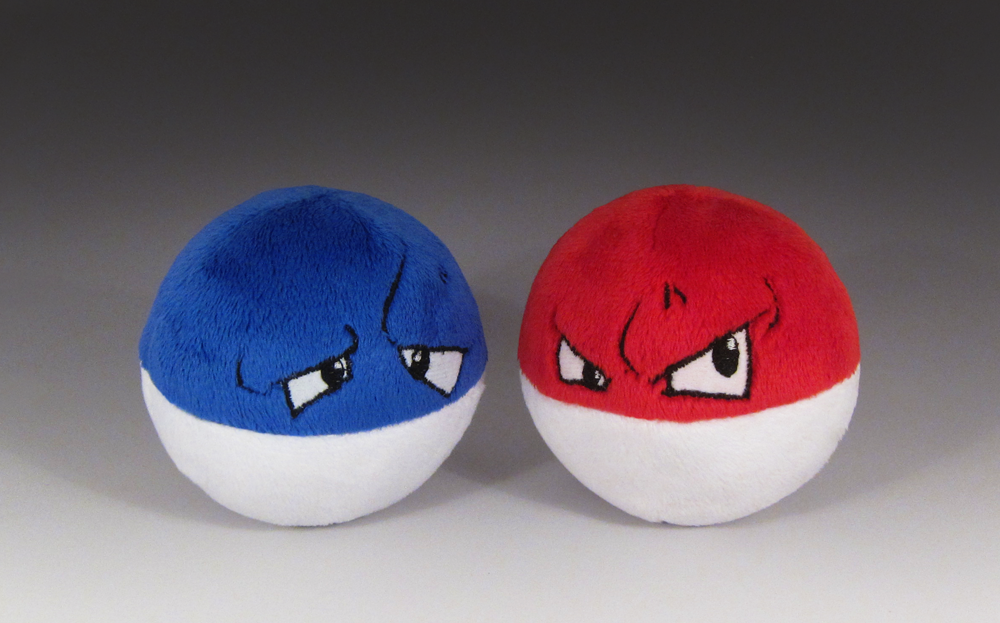 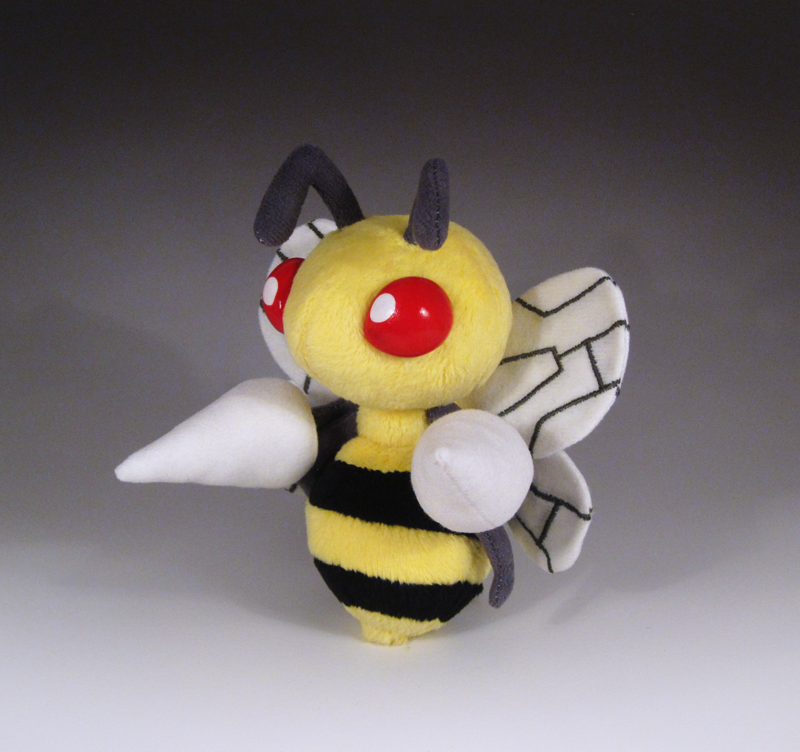 Most of them are still at their starting bids with a couple that have no bids yet, click either of the photos to be teleported to the auction page. <3 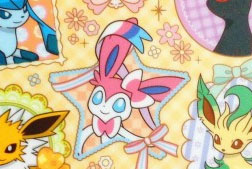 Also a couple of small sales - I have a Sylveon clearfile and pencil board from last year's promo up for sale/best offer!

Does anyone know of any 3DS hard shell cases that fit the original 3DS system? All the ones I've seen are for 3DSLL, or they're too expensive.

Also, do you know any that look good with the Cosmo Black 3DS System? Thanks :)

First, we lost the clearfile GA :(

I received a box from noppin today though so I do have some new flat sales, since I only bought for the pumpkaboos. I will not be shipping internationally. Tretta will only be sent in bubblewrapper for $2.50, pan stickers can be sent in an envelope for $1.25.

( Collapse )
I'll be getting the newest set of kids in soon so look forward to that!

JUDGING IS UNDERWAY!! PLEASE DO NOT SUBMIT OR EDIT THE ENTRIES OR YOU'LL BE DISQAULIFIED!

Now that I am done with getting a bunch of stuff out of the way I went and checked to make sure I put all the necessary rules and info. into the draft and finally put everything up but if I'm missing anything please let me know! Please make sure to read all the rules first before asking any questions.

*And a small note I'm still getting around to all the messages. I've been a bit busy the past few days esp. I had a few days without a laptop and will reply to you if I haven't yet.

Hey everyone, just one or two quick things: To

drzoidburger, I'll be shipping out your package on Monday- my work schedule keeps me from getting there while the post is open. I'll update you when it's shipped out.

So yeah, I need some more weird wants: 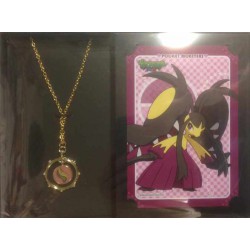 I don't need the necklace or the bromide, but rather the box that the necklace/bromide set came in. Any mega's box would suffice, but if someone has a display box from the Mega Absol set they'd be willing to sell/ trade for, get in touch with me!

I'll be making another gets post once some GAs get out of the way~ Loves!

Just a mini update, I managed to track down the cute pass case/wallets/book covers from the Pokemon Centers on Amazon.co.jp (the link will take you to my search) and got 2 of them. <3 Sadly the book cover didn't seem to feature Vulpix, so I just got two different kinds of wallet/pass cases instead. I only took pictures of one, but I also got the one where the pocket in front for an ID or rail pass.


Also, does anyone know where's a good place to buy shelves? :( I had these nice black shelves for my zukan and other things in my apartment (*cough* Angry Orchard bottles *cough*) but when I moved I couldn't figure out how to hang them again. I looked at Target and Kohls to no avail. I'd really like to get a set of 3+, so I could hang them up in various rooms of my apartment, but I just don't even know where to look for them now.

Hi! I came back right before the end of the month to present you my fully customized keychains commissions! My workload is going to be settled in less than one week so I would like to get some new orders here :)

Anyway, I will make it simple: I make handmade keychains of ANY pokemon or ANY character of ANY franchise of your choice, including original characters! I have current three keychain variations:

- Cheapest variation!
- Simple and small design.
- The buyer can pick between 2 optional poses.
- All 2 original sketches of the keychain are given for free!
Price per keychain: 12 USD (+2 USD for shipping fee for any place!)

- Dynamic and creative poses!
- Sturdy wooden base, good for personal use!
- Slightly bigger model so allows more details!
- The buyer can pick between 3 optional poses.
- All 3 original sketches of the keychain are given for free!
Price per keychain: 20.5 USD (+2 USD for shipping fee for any place!)

- It includes 2 characters at once!
- Sturdy wooden base, good for personal use!
- Pretty detailed, even more than the sturdy keychains!
- The buyer can pick between 3 optional poses, all very detailed!
- All 3 original sketches of the keychain are given for free!
Price per keychain: 29.5 USD (+2 USD for shipping fee for any place!)

I received sales permission on 12 January 2013 by

That's all! Feel free to order your unique keychain! Thank you and have a nice weekend!

Hi i up dated my sales post with some figures :) preview pic: 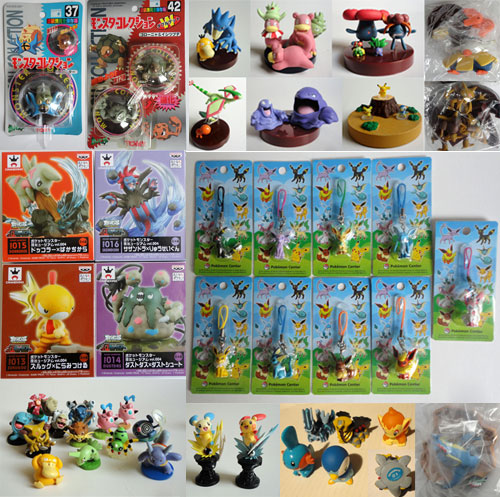 Few months back I posted these because I was going to move, well whew the move has happened and I'm starting to settle pulled open all my boxes and found these left over. I really don't have a use for them so it's best offer on all of these.
Sooo did you miss 'm last time or in doubt? Throw any offer at me, remember it's handmade in porcelain so no 5 dollars but I'm open for reasonable suggestions.