Hey guys, just wanted to let you know that i've created an eBay lot for my leftover sales & added some other items to it.

Hello Community!
in the last days I received some items from the Community & Y!J hehe

Hi!
Long time no see. Took a hiatus from collecting but now I'm back! :D
( Collapse )
Thanks for reading/looking!

The auction I discussed here (http://pkmncollectors.livejournal.com/17645637.html) ends in a few days!  I lowered my reserve, but I'm willing to go lower!  I really, really need this stuff gone!  Hopefully somebody can pick it up as a GA! :)  Check out the linked post for all information/pictures! 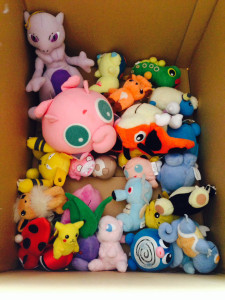 I went shopping yesterday and was pleasantly surprised to find new mega evolution Tomy figures at Toys R Us and a small local toy store! I didn't realize these were already appearing on the shelves! I'm trying to get all of the Kalos region Tomys, so I bought one each of Mega Charizard X, Mega Charizard Y, Mega Blastoise, and Mega Venasaur. 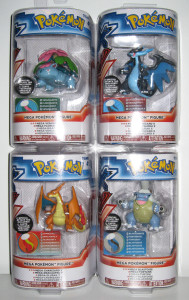 You finde my big sale here
I looking for the Eevee and Evolution CANVAS PLUSH - so if somebody like i will trade my stuff for this cuties ;)

I've updated my sales with slashed prices and a special deal going for this week. Anything you purchase over the price of $5 will be shipped to you for free~! Please come help me clear out these goodies. My community feedback is here while my private feedback can be viewed here. I'd be happy to trade any item in my sales (save for the canvas plushies) for a Slowpoke Pokedoll (in any condition) or a Slowpoke Line Zukan if anyone is interested~! 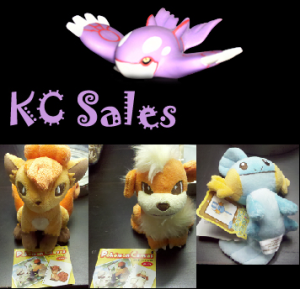 It's been a while since I last posted :) So I guess it's time for me to do an update of my gets!

Sales permission granted for pkmncollectors; on 02 April 2012 by

Hi everyone today I'd like to show you all a little project that I've been working on this month! A few of you might recall that I've made small 2 sided plush in the past called Simplified Plush. Well I thought it would be fun to make a bunch of them and then offer them up to you guys in the form of blind bags! So it's a game of chance as to which plush you'll end up with! (who doesn't love blind bags?)

Alrighty so without further ado please take a look! 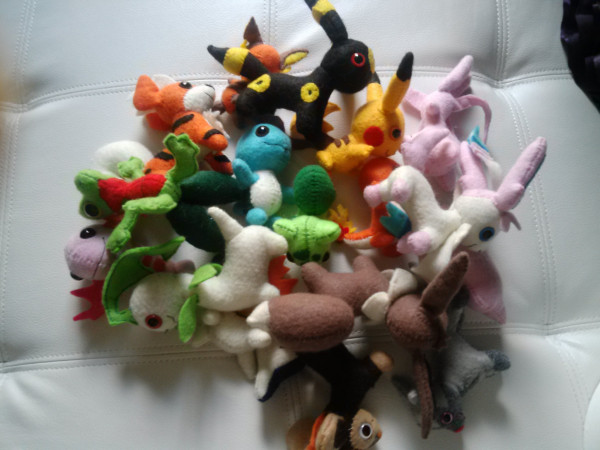 Who will you get? before we get started please take a look at all the potential plush and a few rules to make this fun for everyone!
( Collapse )
( Collapse )
The Basics
*Each PokeBlindBag will include one of the following Pokemon pictured above! Because theese are being sold as blind bags you don't get to choose which one (that would spoil the fun!)
* There is only one of each Pokeplush
* All of the plushies are made in my simplified style (they very in size but tend to be no larger than 3 inches tall)
* Some Pokemon are shiny!
* Each plush is $10 + shipping and fees (shipping in the US for one plush is around 3 dollars)
* Each plush has been assigned a random number by me, which means you can pick any of the number slots that you fancy ( are you feeling lucky??)

Thanks everyone! If this round goes over well I might do it again with different Pokemon!
((((((Gone to bed be back tomorrow :))))) I'm Back! :D

Hello everyone! I'm really excited and grateful to join the lot of you in this community!! :-D My real name is Bailee, but I go by Reck online usually (shortened version of my nickname 'Reckless'- and also the reason for the title!) and I'll be 21 on July 24 :-) I live in Michigan and of course, love Pokemon- have for as long as I can remember. My favorite generation, and what I like to collect from, is Hoenn and a tiny bit from Sinnoh (Shinx, Manaphy,and Buizel),, and for specific Pokemon: Delcatty! I've casually collected/gotten stuff for my birthday and such of Pokemon since I was- what, 5? But only recently have I become pretty interested in collecting like this!

This is my current Pokemon collection, save a few items that are scattered around the house- oops! (like my manga in the basement and my board game in the closet).

[Click to see my collection!]
(I want to note that yes, I am currently aware that the Flygon is a bootleg. I didn't know at the time of purchase but I personally prefer to avoid them now. Just wanted to let you know!^^)
The thing that says "Pokemon Stickers" in the back are vending machine Sinnoh stickers. I have a load of em! 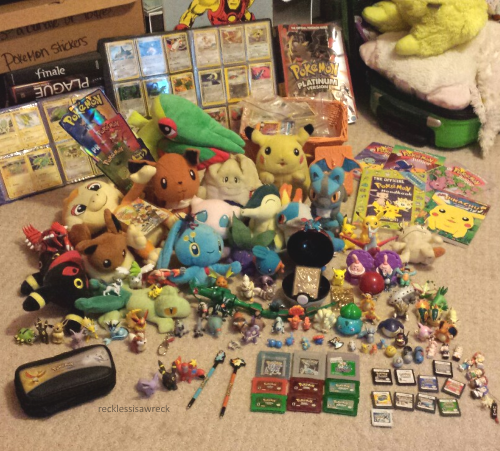 How most of them are displayed!

A better view of most of the books,, the Junior books were gifts from a best friend way back when. She passed away suddenly at 20 years old last year :-( 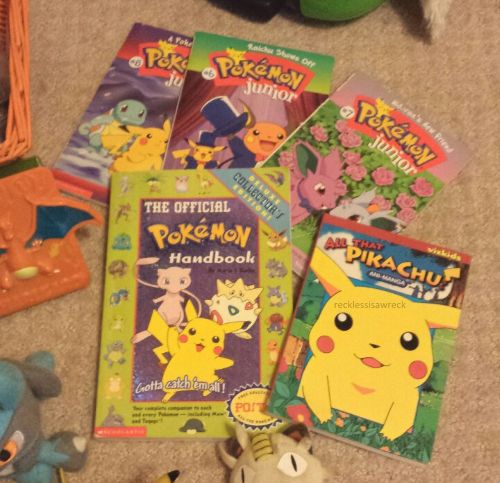 My movies, which are just above the plush/figure display: 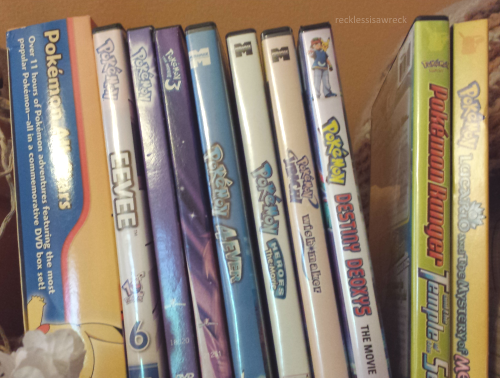 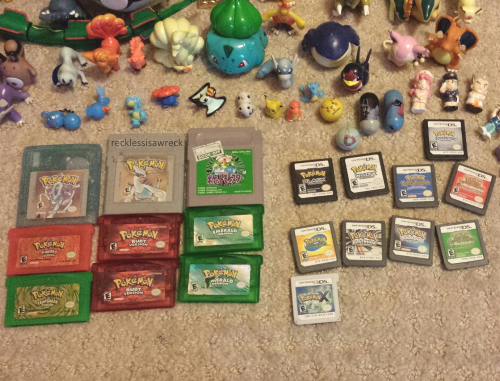 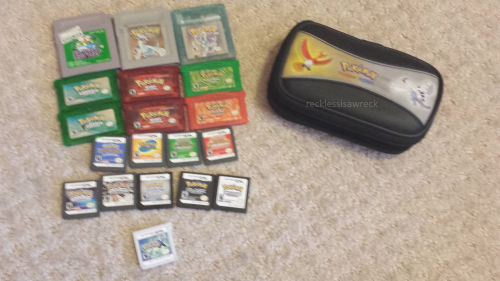 Cards! The stacks of cards are separated by generation (two large stacks being Kanto LOL!) The big binder holds all my rares/cute cards (can be seen closely here)- the binder (Latios/Latias one!) on the right has all the non-rare Hoenn cards (I will be making a page for those as well eventually!). 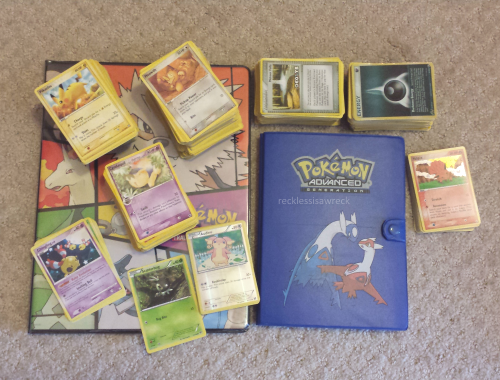 Here's a bunch of extra stuff, such as hard Kanto cards, hard Hoenn cards, Hard movie/trainer cards, stickers, tins, just the stuff that didn't fit into the other pics x-D 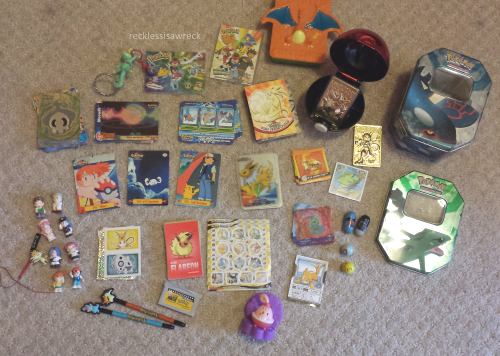 I've personally started to go out of my way to collect the Kids Finger Puppet figures of Hoenn Pokemon and my favorite non-Hoenn Pokemon, I currently have Umbreon, Espeon, and Crawdaunt, Delcatty, Shinx and Jirachi (my Mom got them for me for my birthday and will not let me open them yet LOL!), Buizel, Cacnea, Corphish, Altaria, and Armaldo^^ And I will have some more next week when they get in!! :-) I'm very excited. 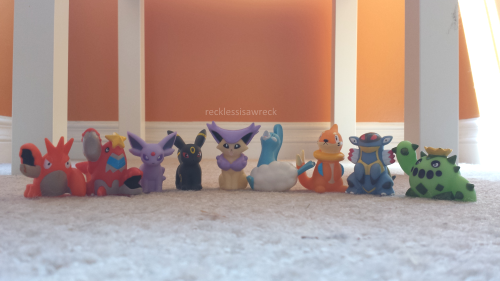 Thanks for looking^^ I'm a little nervous, but excited about joining the community <3 I am hoping to make some cool friends and collect some more!!

Here I come with another batch! This time they are in a simple style, but I'm offering quite a few different Pokémon this round. 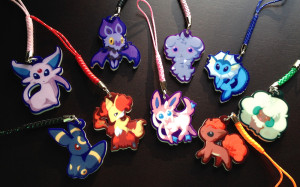 Everyone who purchased something from my last sales post has had their items shipped and PayPal updated with the tracking! Anyway, I'm in need of some spare cash so I lowered the prices of everything and added several new things. 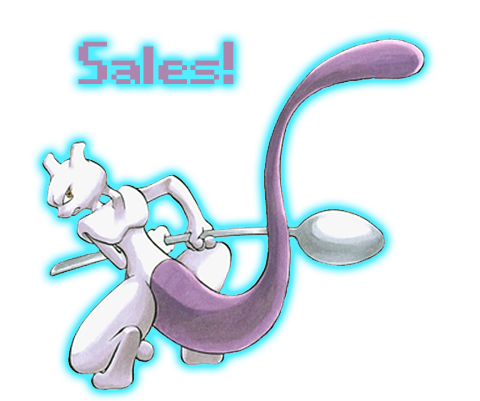 Hi guys! I've been SO busy lately...it's ridiculous for Summer! XD But my lil sister's birthday is coming up and her favorite Pokemon is Vulpix! I was hoping to get her something Vulpix related that she could love~ ^^
A plush would be awesome but I think she would really like anything Vulpix related~ ^^
Drop me some items and numbers and I'll see if I can find her a wonderful birthday present~ ^^ Thanks!

Today is the day I joined this community one year ago and made my first post! :')

So, first I wanna reintroduce myself (click under the cut!)

And here are the three plush I started my journey with:

The little Hasbro Jigglypuff which I got way back when I was 9 or 10 years old.
My play by play Bulbasaur that I initially purchased off ebay when I got back into Pokemon.
And my first Japan get: my PC Charizard from 2013.

And this is how my collection looks today! 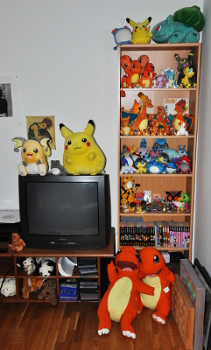 So this was it for my 1 year anniversary :)

All I can say is that you are AWESOME, have always been the best to everyone and I am super happy to have joined this community! I hope for another great year of collecting Pokemon and sharing my collection with all of you wonderful people :)

I hope you enjoyed and thanks for reading!
Collapse