After being on a hiatus for nearly a year let me just say, it is great to be back! I missed this community dearly, but real life issues prevented me from having internet or any consistent way for me to keep in touch online until recently. Thankfully those days are behind me so now you'll be seeing me pop in from time to time :D

For those of you who don't know me, let me introduce myself. My name online is Neko. I'm 27 and live in Upstate New York. I love collecting Zukan, Pokemon Kyun Chara, some TCG (mainly from TCG artists Yuka Morii and Kanako Eo) and basically any plush that I find irresistible. I've been into Pokemon since the initial craze back in the late 90's, though I did not start seriously collecting until a few years ago. Sadly, very little of my Pokemon merchandise from back in the early days survived.

I have played games in each generation of the main series. Red, Yellow, Silver, Sapphire, Leaf Green, Diamond, Platinum, Soul Silver, Black, White 2. I was planning on getting Alpha Sapphire, but since my friend, who collaborates with me to get all the version exclusives, is already committed to getting that version, I decided to get Omega Red.

Since it has been so long, I decided to do a collection update as well.

( Collapse )
Well, that seems to be all that I took pictures of, though I know I have more stuff. I plan on doing some weeding soon so expect a sales post sometime in the future. Cheers! 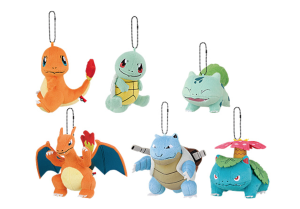 It is the 'My Pokemon Collection Series' featuring the classic starter pokemons.
Apparently they are amusement prizes. They are already released in Japan.

They all look so cute and I have just bought bulbasaur and venusaur from Y!J.

What do you think of them?

Hey guys, I just got back to college, which means all of my pikachu stuff is in one place so I can do my first collection post. I want to wait until a few of the totodile line stuff has come in before I post that. One of the pikachu pics is upside down, I have no idea why. :)

Bonus, my tiny but much loved gengar collection
( Collapse )

Onto the wants! I am looking for the totodile vinyl tomy figure, feraligatr, pikachu and totodile mini cots, and the feraligatr lime zukan. Below are pictures of them. However, if you have anything totodile line that you don't want, let me know! :)

Thanks for your help! 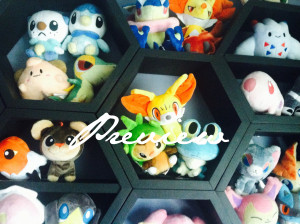 So today I ventured out into the flea market and while most times I'm lucky if I find a figure here and there..maybe a plush, today seemed to be pretty decent. I found someone with a rather large amount (for the flea market mind you) of pokemon toys.. Mostly jakks but there were 5 tomys I grabbed. The problem is I really know NOTHING about tomys except some are rare and so forth... I tried to do some quick research while holding them. my BF and I comparing pictures to the figures but I figured I'd ask here since you all know very well :D
( Collapse )

I also REALLY need to do a collection update since it's exploded, but Half my collection is at my BFs and the other half is at a friends.. Ugh D: soon I hope!


Just added some new stuffs i got from worlds championship last week. Please feel free to check it out. Haggle is okay especially for large purchase.

Just a very quick post from me today announcing that Klefkis are back in stock at the Pokemon Center!  I have them up on Poketopia for order, they will be $20 + shipping:

Sales Information:
★ Sales permission granted back in 2008
★ My feedback is located here
★ All pickups information can be found here

~*~
If you participated in a previous pickup (here or here) totals have been in so please send payment!!!  Pretty pretty please!!!  I'm still waiting on quite a handful! Thank you ♡♡ 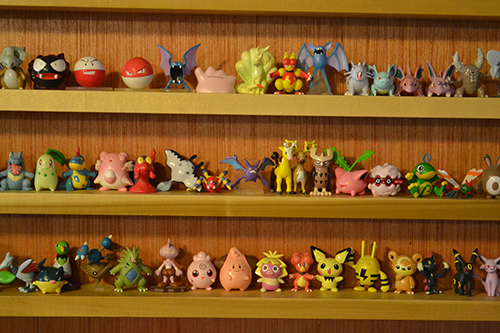 Hey Everybody, I know I've been posting a lot this month, but I wanted to show off my new Tomy figure display!

Also, I went to Toys R Us yesterday and found that they had stocked a ton of new stuff! I don't know if it was just my store, or if they are all finally releasing new stuff, but I think it would be worth it to check your local store if you have been waiting for these. There were two 4 packs that I think were supposed to have come out a long time ago, the new starter 3 packs, a big clipping pokeball and strap pack that included Fletchinder and Klefki, and something I hadn't heard about yet: These cute little pull back cars with the XY starters riding on top. They are really cute. I wish I had taken a few pictures with my phone while there.

Anyway, on to my new display!

I'm sorry if this seems doubting, but there is this website pokecenterusa.net and I was wondering if this isn't the same person as pokedollusa.com (the name is similar which is why I'm doubting, but I could be wrong) they have something I wanna buy, but I wanna make sure it's safe. Have any of you bought from this site before?

I did a little collection weeding, in honor of going back to school (yuck!) and also I'm saving up for the arrival of a new puppy!

So help me out for funds with some cool stuff under the cut!

Also anything can be combined with these sales over here!

Hey guys I come with a special post. Wednesday marked my 3 years on Pkmncollectors as a member and I love it.

First up the re-introduction. My name is Emma and I live in the UK. I am 25 years old now and I collect Dragon type pokemon. I  love pokemon since the days of Red but I love all gens of pokemon. Because my collecton has grown so much, I have had to put most of it in storage. However, I filmed what I have on display. ( except a few things that are just scattered around liky my Greninja pokedoll and Charizard tomy plush)
( Collapse )

SO!
I'm auctioning off my original art + some specialized commission slots

~ I was given sales permission by 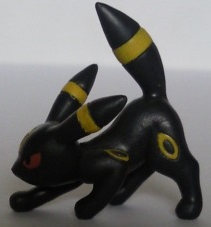 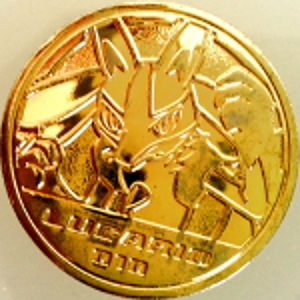 Has anyone got an Umbreon Chupa figure or this Lucario coin that they're looking to sell/trade?

hello friends! grad school starts in a few days for me so I thought I'd throw one last sale because once classes start, i won't be able to ship as often. please use the code pokepei10 for 10% off your entire order!

you can click on the image or this link to be transported to my shop!

I finished weeding out most of my Lucario collection (sans 2 plushies I'm still debating on) so I'm offering these things to the community before going to ebay. I also have a box coming soon with mostly several extras so I'll have a collection/sales update in a few days.

Hello everyone :)
I've been a member of the community for a while and I've never shown my collection*o* so here are some pics 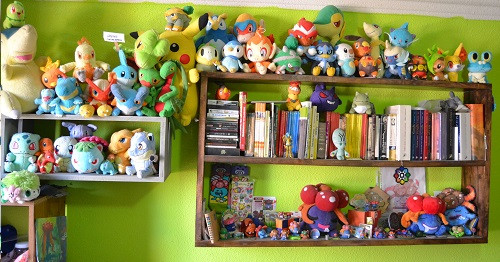 Thanks for watching :)
Hello friends!

I'm a long time lurker of this community, but first time poster here.

I just wanted to share one of the holy grails that I finally manage to capture. This one has been eluding me for the past 3 years. I've searched far and wide for this, but now it has finally came into my possession.

I am so ecstatic to be showing this wonderful plush to the community. It is my absolute favorite. 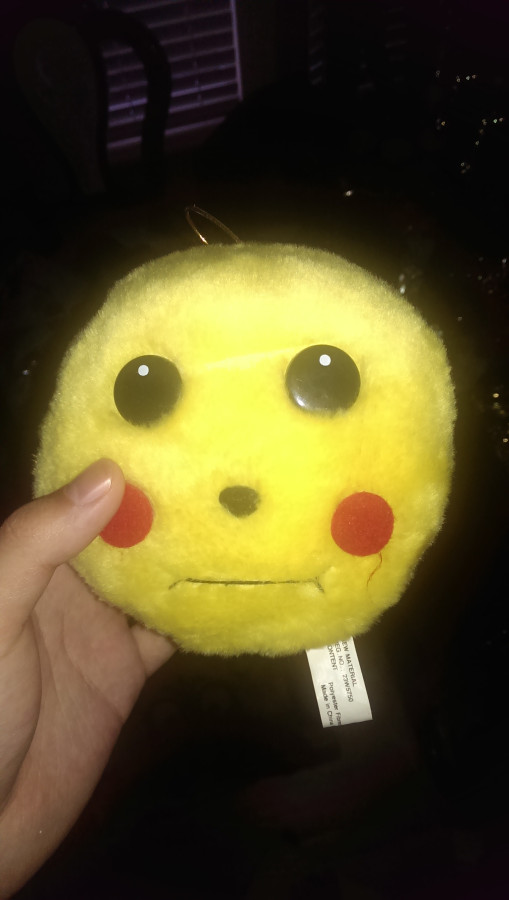 Hi all! I got these at Nintendo World today. They are 6X4IN. Is anyone interested? I have 4 in total. I can try to get more if there is more interest. Other than the posters at the concert I haven't seen much art for it. They are $6 shipped within the U.S. and $11 shipped internationally. I'll be putting cardboard on them when shipping so they don't get bent. 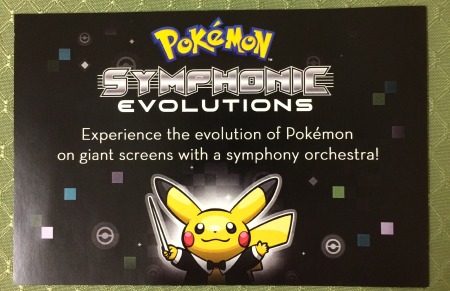 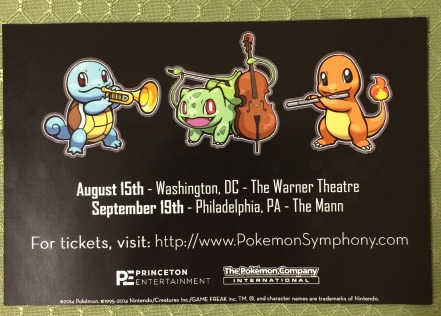