I was in a store called Marshall's the other day, and I went into the toys and low and behold they had them. I grabbed a Garchomp for myself as I needed one. Other things of note were the Series 2 4 packs that had Charizard, Mewtwo & Genesect, the RC Oshawott, the 2 packs with the Therian forms & the bigger Vinyl figures of the Kyurems. Some of the ones I went into also had the Super Sized Black & White Kyurems. If you need any of those items I'd suggest checking them out.

This is my Vaporeon keychain! I really like it and it's fun. The colors are correct and the steel is shiny.

Hi everyone! It's been a while since I've updated, but after adding a few things to my collection, finding new things to want, and obtaining sales permission, I'm back! ^^

First off, first ever sales! I have very few things to offer at the moment, but I hope I might have something you've been looking for! Most of these items are things I've impulse-bought and/or ended up getting multiples of after buying lots with the same item in them.

Thanks for looking! I hope you all have a wonderful week! ^^

It has been a very busy summer and I think it will become even busier as I start working again. For this reason, it has been hard to stay active on the community. I'm a bit sad that I don't visit the comm as much but my collecting has also slowed a bit due to my lack of space. I am trying to work on making a collection update for the few items that I did get throughout the summer soon.

For now, I did get a chance to update my eCrater sales for more items that I am trying to weed out.

All of the plush prices include domestic shipping. Also, my rules/terms, permission details by

dakajojo and feedback are found on the store page which has a link at the bottom or here.

If you have any questions, please send me an email or just comment here.

Hope y'all can check it out, thanks!

Ok, I figured I'd try to shot in the dark here :p First up, is my grail that I am ever searching for, but will probably be looking for this one for a LONG time, in the Therian Forme Thundurus Tomy Pose figure (complete in box):

Next up, would be the EU-exclusive XY jumbo cards. I have found them separately on eBay, but after the cost of shipping etc. it's just not worth buying ONE at a time (and I'm not sure how accurate those shipping costs are). I was hoping that someone on here might have a few of them on hand that they are willing to sell in ONE shipment. All 4 Both would be ideal, but well, it's already a tough request (since I'm sure many that got the boxsets wanted the jumbos in the first place^^)

EDIT: I was able to find the Xerneas and Yveltal ones, but still looking for both M Charizards.

Hello all, just wondering if anyone has this 2012 Gengar coin case for sale? 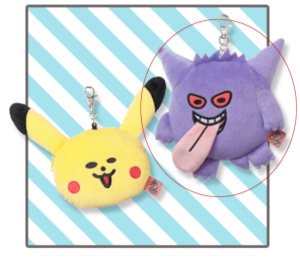 If you have it for sale and willing to ship to Australia please give me a quote. Thanks.

With the release of Omega Ruby and Alpha Sapphire fast approaching, I have been seeing more oversized Kyogre and Groudon pokedolls for sale lately. I was wondering if anyone would mind giving me more details about oversized pokedolls in general. To be honest, I wasn't aware that oversized pokedolls existed before Gen V (Zekrom was my very first oversized pokedoll), so it was kind of a pleasant surprise to see older generation stuff like Kyogre, Groudon, and Rayquaza popping out. :3

Has anyone made a catalog of these that I may be able to take a look at? I know that regular pokedolls have been cataloged by many users already.

Also, does anyone know when the first oversized pokedoll was released and what pokemon it was?
Thank you! :D

And yes, I know that in my last post I said I'd be posting some collection pics next, but it's actually taking me a lot longer than I thought to take pictures and sort through everything. I didn't think I had that much stuff. ^^; Overall... I hope to get it all up soon. ;P

So i gathered my Pokemon 'Tidbits' together today. The stuff that isn't actually part of my main collection - but stuff I still had all the same.

The Tin I got from a stall at the MCM London Comic Con in May - the cookies were very nice and I just had to get that tin.

The two stylus pens either side were part of the left case.

The other two stylus pens I randomly bought at some point. Likely from GAME.

The two keyrings I also got from MCM comic cons.

Do you have any random little bits that are not part of your collections? If so, why not share them with me?

I lowered the price of pretty much every item! Click the image to be transported!

Hey collectors :)
I'm a new member of this fantastic community!

I'm Italian, so excuse me for my bad English :P
In this post I want to show my little collection (in comparison to many other collections I've seen in this community) :)

Yesterday I tidied up the two topsides of my "Pokemon cabinet", and the lower part is still messy XD

In the lower part there is PKM games, my trophy for winning a regional championship with Pkmn cards, some action figures like the 3 D-arts starters and Mewtwo, and my cards collection :P

Thanks for watching, when I have some money to spend on Pkm material, I will make a "want list" :D

Hey everyone! I just got back from a convention a few hours early so I can make it to the homecoming dance >.> and I wanted to show off my pokemon gets x3
Surprisingly enough there were only two vendors selling bootlegs, and one of them had official figures mixed in xD I blew 120 dollars on the first day... and 30 today. My wallet is sobbing quietly in a corner right now XD

Anyway, here are my pokemon gets! I'm not gonna post everything I got since not all of it is pokemon related, but I did buy way more stuff than this xD

I went as a Team Magma grunt btw, I met three other grunts there but no Team Aqua guys lol 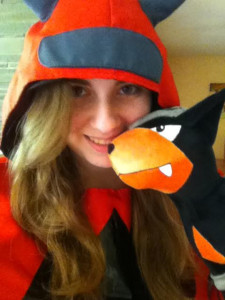 I've been a member here for about two months now, and I've already bought so many wonderful things from the comm! It's time for a collection update!

I just recently started using a proxy service (FromJapan) to buy things off YahooJapan.  Most of my items have arrived at the warehouse within a week, but one is approaching two. I really hope the seller was just slow to ship or is farther away.  So my question is, what is the longest wait you've had for domestic shipping to the warehouse? Should I be worried about it being lost yet?

Sales permission confirmation felt like it took forever ._.
But now that the waiting is over and done with, it's time for my first sales post! I'll be starting small, with TCG & Flats sales & trades, slowly adding on figures and plush over the next few days/weeks. So, without further adieu, I present to you the latest in shopping experience technology on the Live Journal: THE ENCHANTED CANYON TRADING POST!

THIS POST WILL BE EDITED THROUGHOUT THE WEEK WITH MORE ITEMS LISTED, so check back often!

Long time no see, everyone! ♥
I am still in the process of finding a house but when I do, I can't wait to get my collection up and showing you guys! It's been almost 4 years since I posted my collection! D:

Anyway, I saw this wonderful concert with a bunch of wonderful friends but poster signatures were cut very short so I really don't need the poster anymore since it was never signed. Here's your chance to grab one! areica96 is willing to middleman and won't be too expensive, I just cannot have any mishaps during my limbo situation. Sorry for any inconvenience!
Disclaimer 2wo: The poster has travel some distance so there is minimal damages to the edges. If it's framed, it won't be noticeable at all! {Damage}

*Please feel free to ask any questions in the comments and I will try to answer them to the best of my ability!

Straight Sales
I am also selling a copy of Pokemon Diamond, cartridge only with most every PKMN loaded on it. Looking for $15 shipped + PPfees within the states. Hello friends! I have a few more items to join all the other sales posts currently going on!

Hi again! Just a quick questionaire. (If these aren't allowed, let me know and I'll delete this part.)
Did anyone on the comm end up winning this huge lot of kids? If so, please contact me- In this lot there was a Ninetales stamper that I've been looking for (the self-inking one with the green base).
( Collapse )

Now onto part 2: I'm two plush away from having my Pokemon Y team in plush form! :D I'm still missing Sigilyph and Yveltal. Yveltal Pokedoll owners: Should I go for the PokeCenversion or the Pokedoll?
Now, my WTB: The Sigilyph MPC Plush! (pic borrowed from sigiblue's old sales post.)
( Collapse )
Shipping would be to 46311~ My box of Pumpakboos STILL hasn't come yet ( orz whyyyyyy), but when it does I'll be making a gets post. Ciao! <3 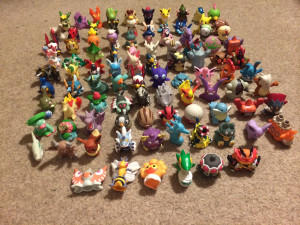