I talk about my Hawluchas a lot, but I haven't had a chance to talk about my Blaziken much lately... so I thought I'd make a nice review of one of the most interesting (Mega) Blaziken figures so far! 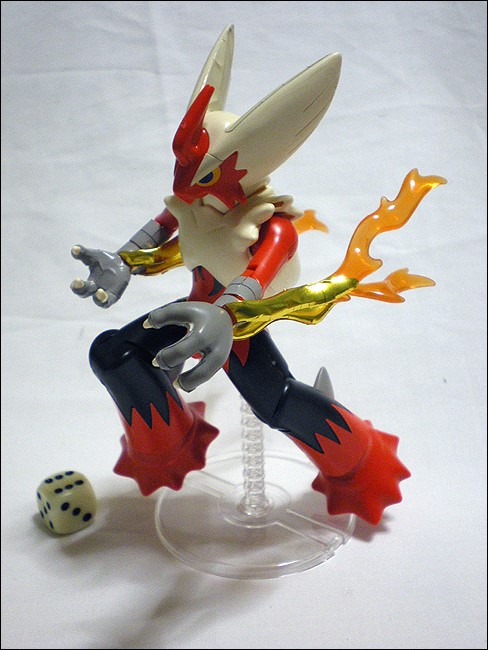 With the review out of the way, a regular collection update.

With my recent gets, I've also received extra stuff (mostly Mega Lucario) that I don't need and so are in my SALES POST. Feel free to check it out!

And as always, a WANT LIST plug. Thanks for reading!

Hello all! brand new member! Ready to start baggin' those plushies >:3 Really excited to be here!


Managed to snag this wonderful guy recently, the 2013 pokemon center plush :D He is wearing a custom bandana of my team's sigil, and a little convention badge handrawn by myself with his info. I am currently waiting on a banpresto Pumpkaboo :) 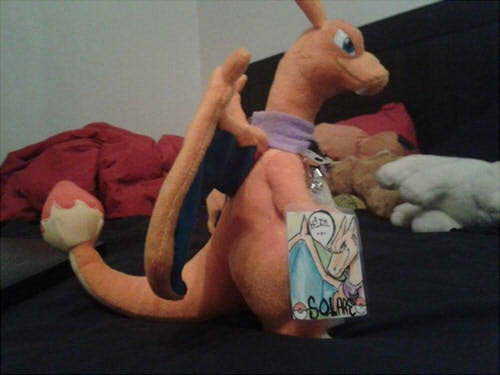 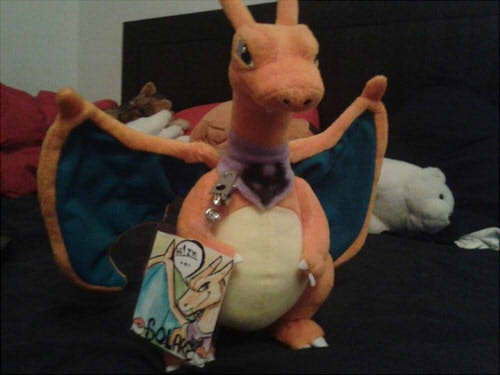 Hola fellow poke fans, and future friends :), my name is Danny Matellan and I'm just starting out my collection of Pokemon stuff here and wanted to join in with you all in the fun and make a few buds here and there! As far as Pokemon go I am a major water fan everyone from squirtle, glaceon, oshawott, lapras, I love em all basically and a few of the normals too don't get me wrong. I hope to get along with everyone and become part of our community soon!! If there are a few poke collectors out there with zukans and want to sell to me please hit me up I'm looking for a hoot hoot to add to my collection and the original 3 grass, water, and fire 1st gen zukans too. Alonce-see to you all (doctor who ref) jaja.

I recently purchased a very large pumpkaboo plush from ebay. Seller was very nice and the product appears legitimate, but I'm having a tough time naming this little guy!

Hello everyone!
My auctions for the Giant Wailord Pokemon Time Plush and Wailord Plush Slippers are ending tomorrow~! I still have plenty of items left too. n-n

Sales permission granted by allinia on 4/5/14

Just a boring post letting everyone know about my ebay sales. Since I'm doing a lot of item weeding. I try to update my ebay sales at least once a week, so please keep checking back periodically. You can also, contact me here in regards to certain items, etc.


Right now I have a rare German Mirage Charmander up for auction. It roars/growls and its mouth lights up. 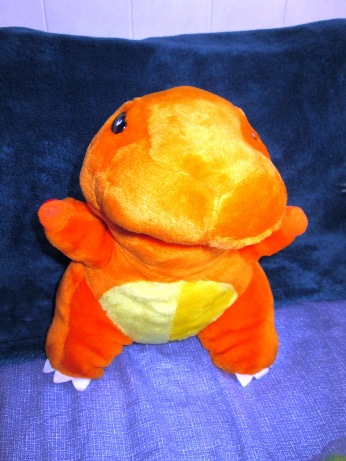 This is my ebay link below:

Also, anyone here collect Charmander and have a particular wants list? I might be able to sell you some stuff, since I'm weeding Charmander things out.

Hi everyone!
I was browsing eBay this morning and found this:

Hi there,
I'm a Pokemon fan from Australia, thanks for accepting me! I've mainly joined for Pokemon Center merch news and for sales. Firstly though, a bit about myself: I've been enjoying Pokemon since I was about 7 and got my first Gameboy pocket and Red version! I'm an art teacher and illustrator, I've been to the Pokemon Centre in Tokyo once (it was magical and I spent so much money!) and if I had to choose a favorite Pokemon.....I don't think I could! I love that every Pokemon has something special about them, I love the designs and I'm a big fan of Ken Sugimori's art. If I had to narrow it down though it would be somewhere between Bulbasaur/Gengar/Sylveon maybe! Here's a portion of my Pokemon collection: 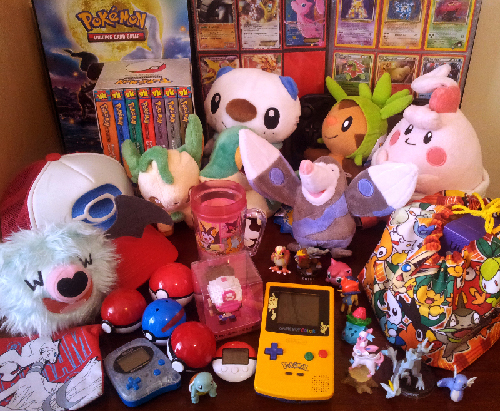 While I'm at it, here's the kind of things (not necessarily these exactly) I'm after, mainly the cute stuff! I'm very interested in things like cute socks and homewares like bowls and mugs/cups and particularly anything with Sylveon/Pikachu/Eevee or a cute print on it! If you have some of these for sale let me know, I'd love to see! 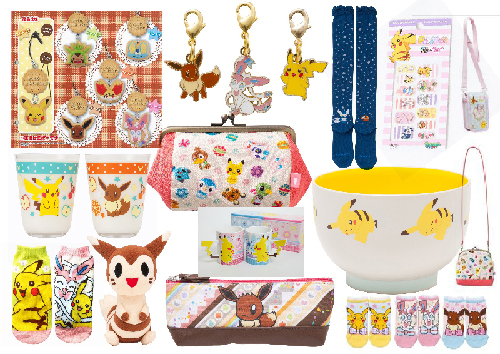 Thank you, I look forward to discussing and enjoying Pokemon merch with everyone! :D

You all know the drill! It is Friday!!!

Be nice! Play fair! Post within the community rules, and no trolling/harassing, advertising or drama. Also please keep it safe for work. Other than that, have at it! Yay for Friday!!!

EDIT: OH HI HELLO I FORGOT THESE GETS.
( Collapse )

Good Friday to everyone!I haven't really posted anything other than buying things lately, so here's a little update.

I had so much empty wall space and was running out of room in my shelves... So..
( Collapse )

But in other news, I have some recent gets!
( Collapse )
And looking for

xzeeko: Has anyone heard from them at all? I sent a message a couple weeks back, and didn't get a response.

Hello all,
I am opening up slots for art commissions. (I plan to take plush commissions soon also!)
I make custom charms (laminated, one-sided), which can have up to 2 characters for $15 shipped in the USA (ask about international).  I can make charms of a Pokemon, your Pokemon OC, or another OC.
Here are some examples: 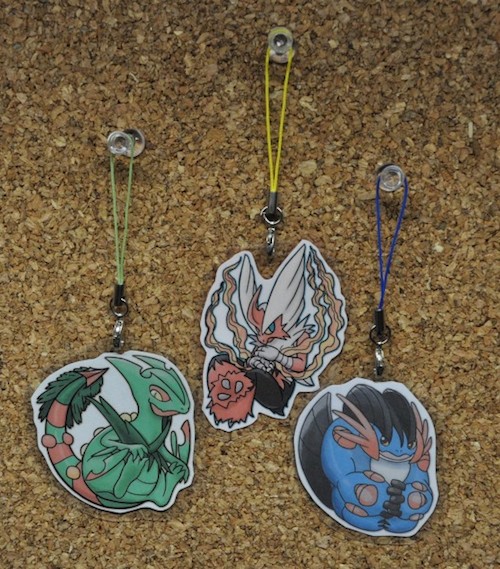 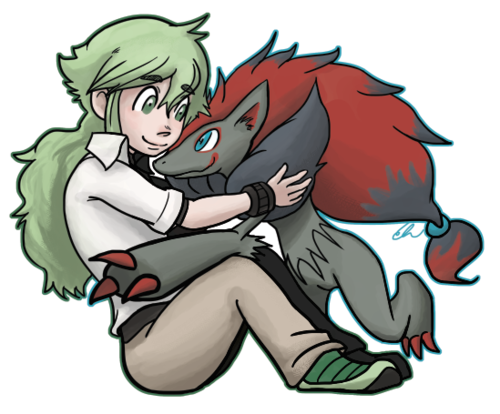 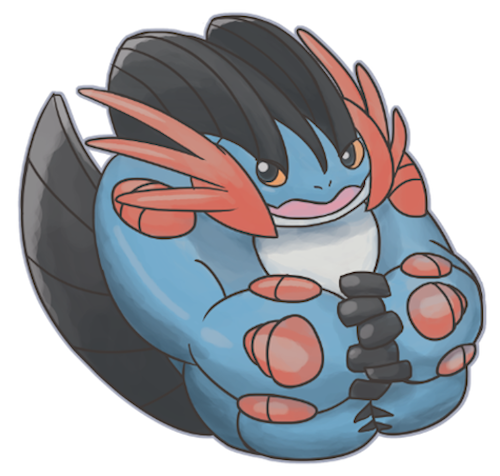 I am also offering ink commissions for original pieces of artwork that will be shipped to you, starting at $20 and increasing with complexity.  These are hand-inked, around normal paper size (8 x 11) art pieces. You will receive the original art piece (on Bristol or tracing paper), a digital edited version, and a print of the piece. I can make ink drawings of a Pokemon, your Pokemon OC, or another OC.

Some recent examples (sorry, not any Pokemon examples of these yet, but you can find Pokemon artworks I have created here: www.cricketcreates.tumblr.com/tagged/pokemon) 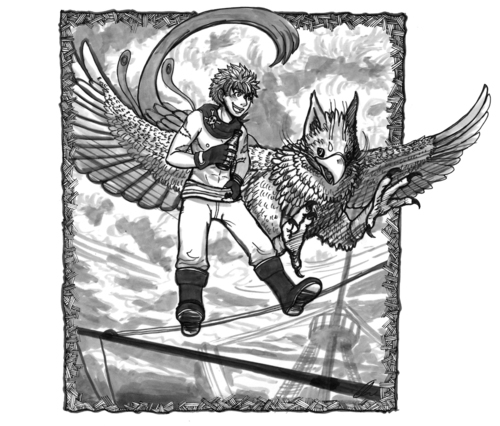 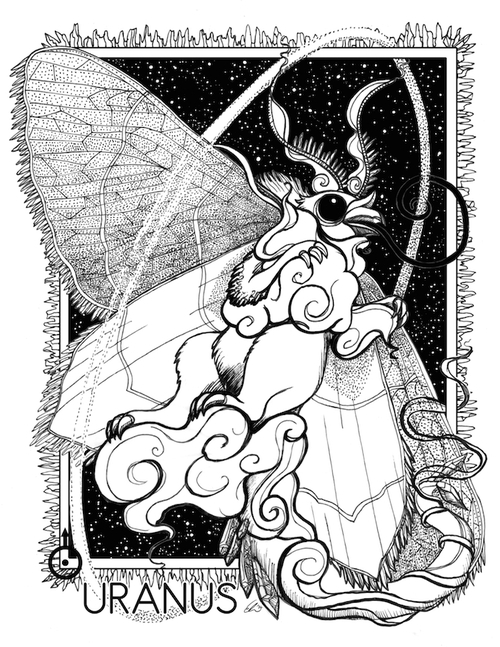 More examples of my work are here: www.cricketcreates.tumblr.com
If you are interested in an original watercolor or other medium, feel free to contact me also! I have listed my charms and ink works here as they are the cheaper options. : ) 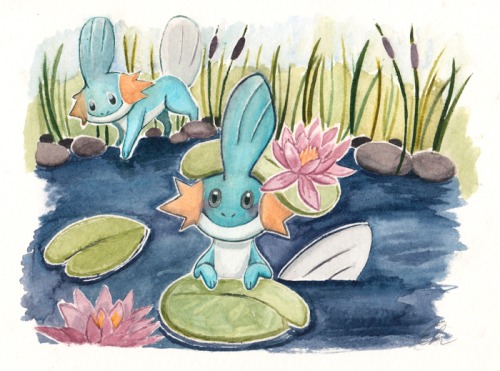 Feel free to ask questions!
I may take a little while to get back to you but I will reply to everyone later tonight if I don't.

Ended up editing a couple of items and removed a couple from the sale. There is about 2 days left in the offer.

Tucked away on the Daisuki Club site with the main site update today was a teaser for the next batch of Pokemon Centre plush coming out. The three plush shown were Kirlia (!), Sableye (!!), and Gulpin! These guys will be out on the 8th of November, just 2 weeks after the October batch that is coming out with the adorable Altaria and Salamence duo.

EDIT: And these cuties are now up for preorder on Sunyshore, along with all the new Pokemon Petit goods!

Hi all. I'm trying to get my paws on the below Pikachu Tote bag:

Is anyone selling? If so how much inc postage to the UK?

Hi everyone! I just added some new items to my webstore, like these:

Hello everyone! I'm here to update you all on some things (Pokedolls, mainly) I recently picked up. I have not received some of them in my mailbox yet due to buying them fairly recently, but I'm sure you'd like to know what I got! The following pictures will show in-game models rather than pictures of the actual Pokedolls as they are not in my possession or I'm too lazy to take pictures of them right now, and I don't want to use photos that are not mine.

I'm so excited to get the ORAS demo on Monday, since I live in the US. I would have played it on my Japanese 3DS, but I have no idea how to import Coro Coro. Earlier today, I created extra Trainer Club accounts so I would be able to get extra codes for those who mistakenly forget to sign up for it.

If you live in the US, make sure you have a Trainer Club account on Pokemon.com and have checked the box in your settings to make it okay for them to send you emails because the code will be given to you in their newsletter on the 21st! You MUST do this by the 19th.

I also discovered that Japan is holding some kind of promotion with Pokemon ORAS called Pokemon Scrap. Apparently, there's going to be these code cards packaged in with various Pokemon products, such as TCG stuff. With these code cards, you can get things like a master ball, rare candy, and even Pokemon like Shaymin, Keldeo, and Victini! I went ahead and preordered two Japanese booster boxes (one for Gaia Volcano and another for Tidal Storm) because the most code cards you need to receive everything is 20, so I can get two of everything!

Also... WHERE IS THE NEW POKEDOLL INFORMATION? The Pokemon Company be Slaking with the Pokedolls. I need to be properly hyped for when ORAS releases!

This is my first wants post!
I currently want the following:

I hope I did not do anything wrong this post!

Yo I haven't posted in a while! But I've got a couple completely adorable and spoopy gets.

Hello everyone ! Today, I received something I tought I'd never own, thanks to the awesome

But... As I went to take my camera, the Sylveons plotted something in my back...

I may continue this photostory in some of my post ! Keep track of them if you liked it !
( Collapse )

I'm looking for the Banpresto DX Meowstics! I know these are pretty new, but maybe someone has them for sale already? They're on Ebay, but for insane prices.

Also looking for the other Banpresto Meowstic items being released next month! Collect ALL the cats :D
Collapse