Hi all! Just got back from NYC after going to Nintendo World and the Miku expo at wallplay. Anyway I have the stock, and a quick pic of gets!
( Collapse ) 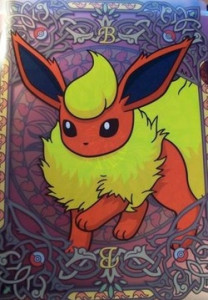 I'm looking for Full Art tcg and Pancham/Pangoro items, show me anything you have! I already have a few of the pandas but I can't remember specifically what right now xD Shipping to Ireland.

Particularly wanting the large Banpresto Pancham and the cushion! Everything must be MWT.

Also a quick sales plug as I'm here: Lots of TCG here! And even more here! Open to trades and haggling, please get these cards new homes! Also plush and other bits in there :)

Hi everyone :D Long time no post! This is the Electric Pokemon Master and owner of the community and Sunyshore, Gin!!

After a long break from LJ I want to try to get back into the flow of posting my collection updates here (though I am still on a break from moderating for now). But I am pretty backed up on collection updates now so I'll go piece by piece. Hopefully I can catch up before the electric lions get their first merchandise since before B/W (five years I believe it's been?) and Manectric gets his first plush ever! (x)

Today I want to post....my custom Heliolisk plushies!! Which I have been gathering bit by bit over the past XY filled year.

ANYWAY!! Sunyshore PokeMart has added ALL of the new promos, including Christmas, new Hoenn plushies, and new Pokemon Petits..........phew!!!! Along with a really cute custom made Shiny Eelektrik and Therian Thundurus plush I hope can find good new homes soon <3

Thanks to all who continue to Support Sunyshore PokeMart! Do you know in 2016 it will be our tenth anniversary?! Meaning the community is coming up on that too.......holy crap!!!!!!

Hey guys! Here's a quick list of some of my current wants. I'll keep updating the original post I made on my blog, but I did want to post this in the community as well. You guys are all so lovely and helpful. :)

I collect Gardevoir, Dragonair, Castform, and Jirachi at the moment. Be sure to let me know if you see any Dragonair items. Hopefully with the release of ORAS there will be even more Gardevoir Merch, but I kind of doubt it.
I'll be posting some more gets in the next week, so keep an eye out!

I managed to pick up quite a few items from my wants list but I'm still looking for some items if anyone can help :3

Also, I have a huge package coming from Y!J in the next few weeks so I'll be making my first collection post soon!

Hello! Today I went to PokePerth's Pokemon Weekend, a small Pokemon convention where I live. There were sellers of all kinds, I got to play Smash Bros and cosplayed as a Sylveon magical girl! 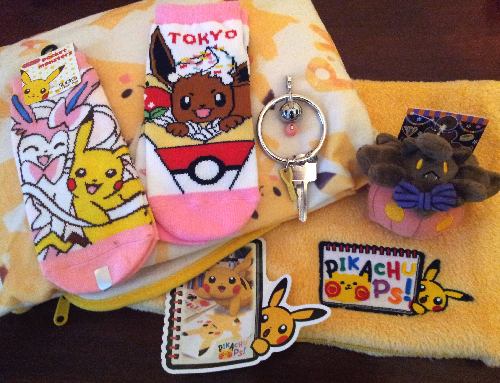 For anyone interested in the socks, I'm quite sure they are for children, but I tried them on and have ladies size 38 EUR/ 7 1/2 AUS feet and they stretched a little but fit fine.
Also, this Klefki is the single best thing I've bought all year, it's adorable and makes me smile everytime I hear my keys jingle! 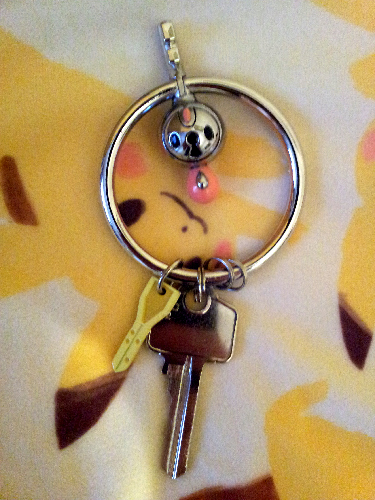 I recently updated my sales post!
Inside are a lot of sealed products including deck supplies, blister packs and decks.

Always willing to haggle!
Thanks all for being awesome and checking it out!

Without getting into too much off topic real life stuff, stuff has been very bad lately, and just when I think it can't get worse, my 1y/o cat needs to be rushed to the emergency vet today for peeing blood. (He has a UTI with crystals in his track. So he'll be on a special diet the rest of his life and monitored.)

Because of all this bad stuff going on and me being incredibly stressed out, my boyfriend bought me a gift to cheer me up. I did kind of suggest what to buy as he had mentioned wanting to buy me something lately, and now was a good time. It was suppose to arrive on Wednesday, but my local post office gave me trouble because it was from Japan and I had to sign for it... but I worked and couldn't.. so I finally got it yesterday after a back and forth note war in the mailbox. Anywho... picture story!

Hey guys! I mainly collect delphox merch! I have only one little delphox related item (a custom fleece magnet), and I'd really like to expand my collection in a big way! I am NOT looking for merch that also includes braixen or fennekin. ONLY DELPHOX! <3