I've always loved sableye, and have a small collection. But never managed to grab some of the things that passed by. I have a feeling now may be a bad time with the revamp of R/S and Sableye getting a mega-evolution, but does anyone have any Sableye merch for sale?

I know there's a pokedex figure, and a clear kid, and a zukan. I don't have any of those.. also a keychain mini plush from a halloween release, a halloween plush with a broom, and misc other figures. I know there isn't much lol. 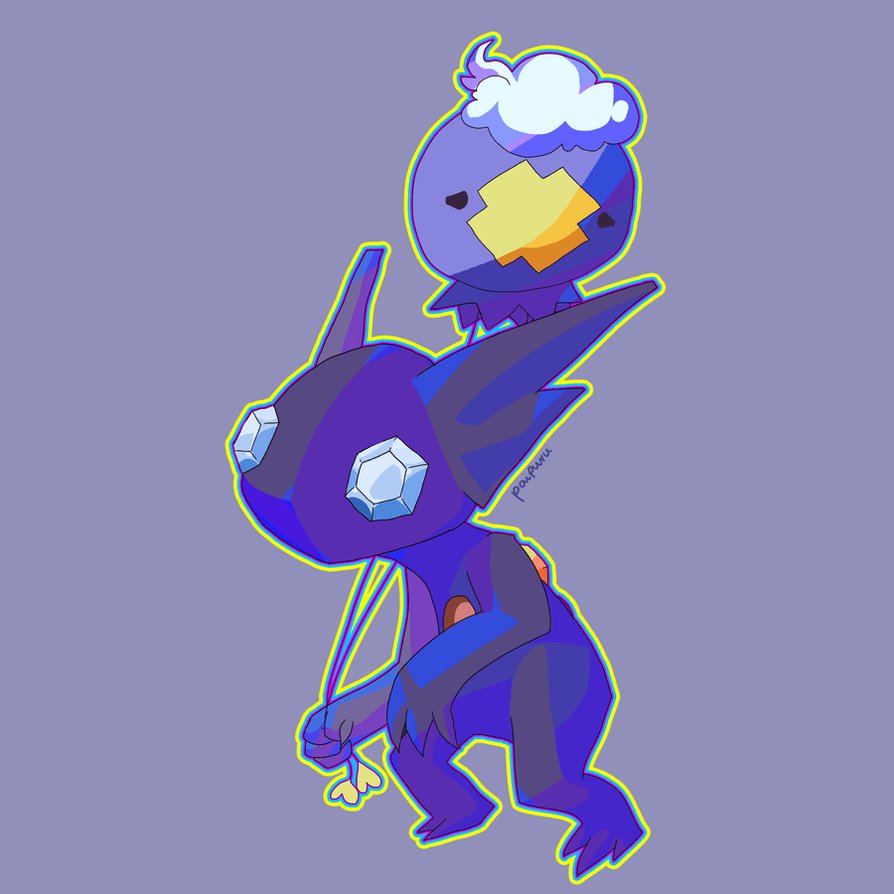 (that being said, I hope he gets mega merchandise!! and I have already ordered the new plush from sunyshore, can't wait to have it here!) 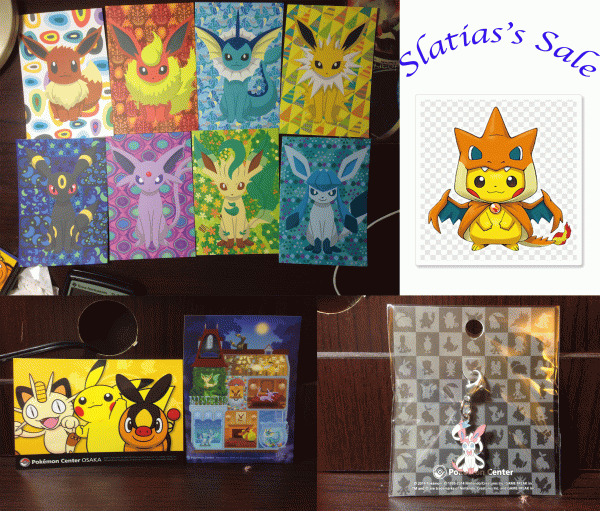 Please click the image or the link here ----> http://slatias.livejournal.com/5808.html

hi guys! This is a reminder post for a rare tfg figures auction! It is going to end within 24 hrs!!!
Don't miss your chance to win "steelix tfg!" or others.
Goodluck

here is the link!
http://pkmncollectors.livejournal.com/18483481.html 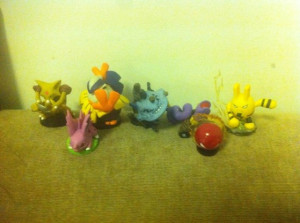 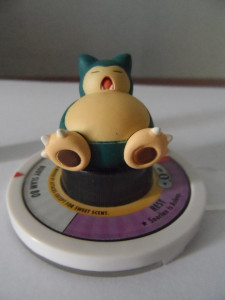 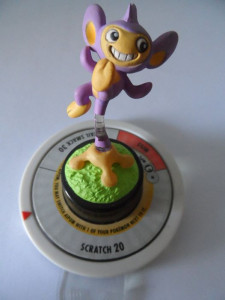 I CAN'T. I LITERALLY CAN'T. I haven't browsed noppin at all lately, or really been interested in collecting. Not from lack of interest or anything, but mainly because I am slowly becoming a broke college student XD
But okay, I've been working and I got a bit of money so I decided to browse around...
and I found it. I finally found it ; u;

YEEEEES. THE TIN IS MINE. Won without a bid war or anything ; u; The auction like JUST ended so it'll be a while before it's proudly on my shelf but I really just can't hold my excitement!! Right after I saw it, I made a noppin account on the spot XD
So I've been doing a lot more shopping...or rather, watchlisting because I don't want to be REALLY broke XD
Anyway, I've found a few more things for my collections for fairly cheap! But I'm worried I might be underestimating fees and such from using a middleman service and would like to confirm a couple things! :3
So for example, I found an item with a BIN of 200Y, and in the description the seller said shipping would be 300Y, which is great! Super cool item for 500Y right? But I also know fees and such could add on another 2-400Y? Would that be an okay estimate or am I underestimating? D: Sorry if this is a confusing/weird question I'm just really excited about obtaining a HUGE grail!!
Thanks guys!! ^^

Wanting to buy a Spearow/Fearow zukan line.
Thanks in advance. :)

Hiya! I have some that are not part of my collection that I would like to offer to the community. Some are straight sales while other rare items will be up for auctions!

Feedback: link
Sales permission: granted in 2007
I accept payments by Paypal only.

*I ship from Canada
*Prices in US Dollars.
*Prices do not include shipping.
*I will hold items for 24 hrs, but please don't put things on hold unless you intend to buy them.
*I reserve the right to not sell to you for any reasons such as rudeness to me or other members, bad feedbacks, etc.
*PP fees will be added upon checkout.
*Please leave a comment with your country for shipping quotes! 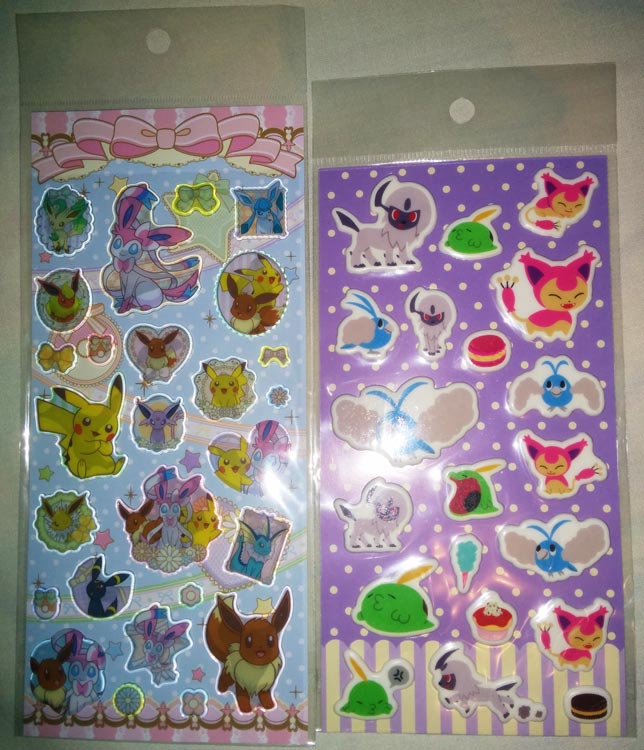 Part 2 of my Primal/Groudon update! I still have a few things coming from amiami (kid figure, deck boxes/etc) but I finally set up my new shelf so I wanted to do the second part of my update. part one.

I also finally set up my new shelf, i might reorganize it when i get more stuff but i am happy with it! 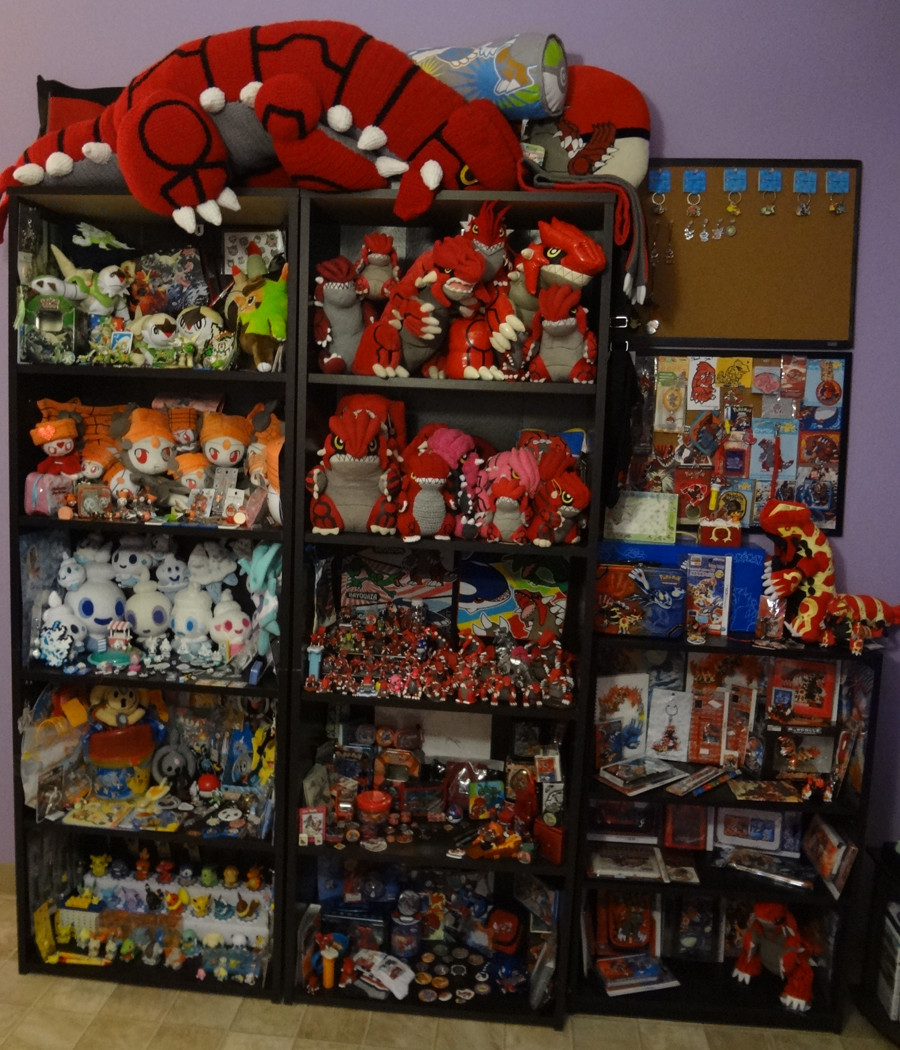 I updated my website too - for those interested in primal groudon merch i have a new section dedicated to his merch photos.

Hey community,
i won yesterday an auction on Y!J. It is a normal Absol/M-Absol Tretta. I paid 200 + 500 fees.
Now my question is how much would be cost the shipping? Im worry that will be high maybe? It is a little thing so i dont know how much shipping is worth :/ Hope someone can help me out! The seller description says: "Free shipping"

And my Absol plush is received today <3 I love it! :D Im still looking for the Pokedoll, but cant find it. I hope that i find one in future xD

I've decided to part with a few items, as they don't really belong in any of my collections and are just sitting in storage.
All of them are loved, and if they have tags they are bent. I don't really know what people want to pay for them, so I'm just taking offers.
RULES:
*sales permission granted by Denkimouse*
-Offer whatever you think is fair. The best offer at the end of the week will get the item
-Paypal ONLY
-I'm currently staying in Dublin with my family, so I will ship from Ireland to anywhere in the world
-I will stop taking offers at 10pm THIS FRIDAY THE 19TH OF DECEMBER. I will send them out by the 23rd
-Please be mindful and polite to other bidders
-My postage quotes are for Standards Airmail, if you want another service, please ask.

Hi, everyone! First off, almost everyone should have gotten their packages by now unless you're international (international stuff was mailed today) or if your stuff required a box (that stuff went out a couple days ago).

Second, I lowered some prices here and there, just trying to clear stuff out :).

Third, the next couple of days are your last chance for arrival before Christmas! Anything paid for in the next few days will be shipped within 24 hours (US orders only, sorry, international stuff will go out Saturday or Monday in most cases) to increase the chance of it getting there in time. As always, I will add tracking info on PayPal. So if you're doing any last minute Christmas shopping, check it out! :) I have plush, figures, lottery stuff, stickers, tazos, etc. A little bit of everything, really.