hi guys, i have updated my new sale post check it out!!

here is the link
http://ongzaa55.livejournal.com/2058.html 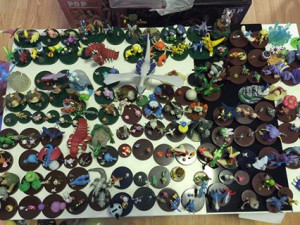 I was just browsing the Pokemoncenter.com website and I saw that the My Dearest Pair Pikachu Plush and Petit Plush are available for pre-order. (update: They now are now listed as available and not as a pre-order)

I don't think they did anything else from this promotion, although I wish they made the mugs.

As the title of this post states, I have a grail coming in that I paid a pretty penny for. And I realized after I impulsively bought it that I'm not sure if my bank account could handle it, as that money has to last me until fall when I get my next round of financial aid.

My second New Years sleeping Fennekin has been sitting in my closet since I bought it, so I figured that maybe it is time to part with it. I originally bought it as a cuddle buddy, since the first one that I bought from

areica96 is my "display model."

Thanks guys! I'll be posting some minor collection updates when everything comes in!

I was browsing the net and I came across this picture.

Would anyone have any additional information about these plush? Have they been released or are they about to realeased? If they've already been released does anyone know where I can find them? I'm looking particularly Nurse Wigglytuff and Growlithe.

Sorry for all the questions and thank you in advance!

As the title says, I'm in need of a cute Valentine's gift for my boyfriend x3 I'm making him a non-pokemon themed perler sprite, but I'd like some adorable plushie to go along with it :3 I'm looking for something small and simple, and not super expensive. Also I'd need it to ship from the US, but it's okay if it gets here the week after V day because I'll be on vacation anyway.

I have a few ideas of what I may want- either a Plusle/Minun pair, one of those cute Pikachu pair plush (and I know that they're up on the pokecenter page), or maybe an Espeon/Umbreon pair? If you have anything of the sort for a fairly cheap price (birthday's and anniversaries have completely emptied my wallet) let me know <3 Any other pokemon pair would work too.

Aside from plush, I would be open to keychains or something like that too~

And if you'd want to trade for perler sprites, I'd love you forever xD *wallet sobs in background* 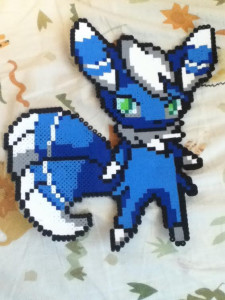 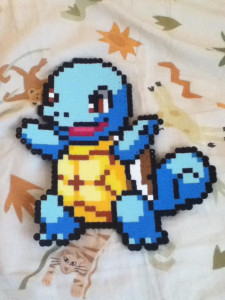 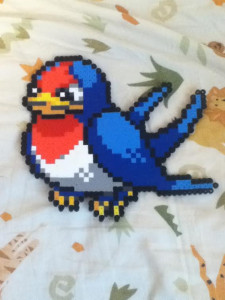 As a side note, if you have ordered something from me and have not received a shipping notification, it will be shipped after next week. This week is insanely busy with before-break hw, so the packages will have to wait until once I'm back from Aruba <3

... Because I swear there must be some kind of point system for "random awesome Pokemon finds." But this past Saturday, I apparently was in the right Target at the right time, because I found...

( Collapse )
So the point of this post was CHECK YOUR LOCAL TARGET STORES! They might have them!

Sooo i was bidding on a group auction not too long ago (I won a tyrunt PC plush, Clearfile and a Pokemon Conquest promo banner), Did we end up winning that auction, cause i havent heard anything back from it ):
And cant remember for the life of me what the Auction was called and hope i didnt miss the second post and lose my items...

Could someone let me know?

Sooo many new cuties and the whole thing had to be re arranged!!!!!!!!
Can you spot my gorgeous babies who are the newest addition to the family?


Looking for someone who is selling The Tyrunt kid figure, UFO keychain, Dex charms and PC plush(if the auction fell through)
Preferably all MIP
So if you are getting rid of your Tyrunts let me know, hope to buy as many as i can off the one seller tho...

I got some cute customs in the mail today, they took so long to get here I was afraid they had gotten lost at some point.
But they're all here! ^^'
Also, I was wondering if I was missing any of the official Umbreon plushies?
I feel like I'm only missing a few (especially the multiple releases of the Pokedoll) but I just want to be sure.

although well, heh doesn't realy appeal to me bc I'm alone.... (Again) on Valentines day... But you may want to give one of these keychains to your significant other~ 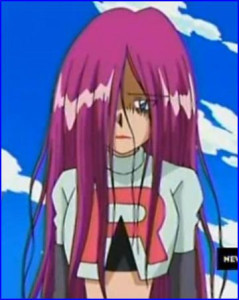 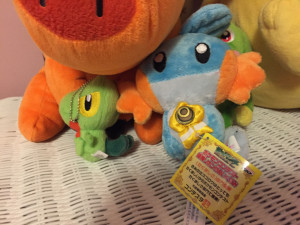 Got these up for grabs treecko is 7 shipped and contest mudkip 18 shipped OBO ^^ I'm just a few dollars away from the 1:1 Torchic!

Sales permission granted by Allinia on 6/11/14

I ship from the usa and have tried international shipping once and it went so bad, I'm gonna have to continue not providing that option :(

I have 3 cats but come from a smoke free household~

I have gotten quite a few items this since the beginning of the year, and after receiving a package I've been waiting for from FromJapan I thought I'd share some pictures! Hi, everyone! I have some updated sales to post today. I have the rare Klefki key ring for sale, a mega stone necklace, Tretta, and more! 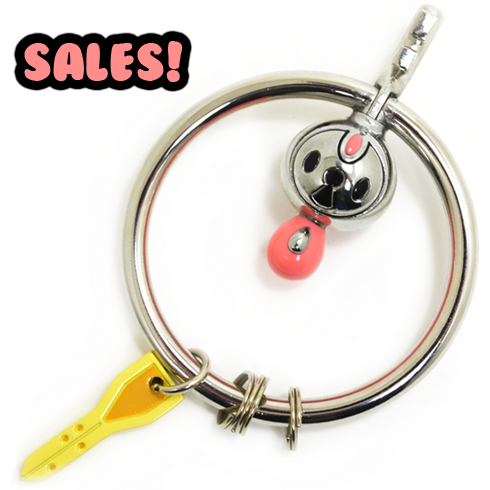 Here's a link to the auction!

Thanks, and good luck!

Hi! You've probably seen me snooping out and about on other people's posts, but only now am I making a post to introduce myself. You can call me Cas, and my favorite types are dark, psychic, ghost and poison! I love anything with a mix of creepy & cute really though. I hope to become friends with everybody!

Today a really awesome package arrived carrying some crazy rare gets. Had to wait a while to make this post since I wanted to post everything together >u<

Such awesome eyes >u>


(are we allowed to bold text? i can't remember so if not let me know and I'll fix it)
About the 1:1 or "lifesize" Plushies
Do you guys know how many 1:1 plushies there are? I'm aware of the Kalos Starters, Hoenn Starters + Sleeping, Johto Starters, Sleeping Unova Starters, Minccino and Emolga, Goomy, Eevee '09 and '13, and I've seen a Pansage... But it's hard to look them up. So if you know of any others I didn't list I'd be happy to know since I'm obsessed with collecting them xD I've also got Goomy on the way.

And in regards to the Lucario Amiibo:
A friend of mine works at EB Games (canadian game stop) and I was talking to him about Lucario since I was unable to get one at launch. Well it turns there may be some bad news out there for the scalpers and good news for us pokemon fans. Basically the Amiibos that are being discontinued are of lesser kown series titles such as Fire Emblem, Mega Man, Anaimal Cross etc. But as we've already seen with the more known Nintendo franchise characters like Diddy Kong and Zelda who were bought out by scalpers at launch but restocked in large quantities. Basically it's likely that Lucario will be like pikachu and be readily available due to pokemons popularity. The same goes for charizard! So don't fret if you missed out at launch. It's very likely that they will be back in stock soon and you won't need to fork out a rediculous amount of money to some jerk scalper :)

Tl,Dr: The Lucario amiibo should be back in stock soon in large quantities due to Pokemon being a more well known and popular franchise in North America. Same goes for Charizard.

That's all :)
Have a good night and I hope you all get noticed by your senpais~ 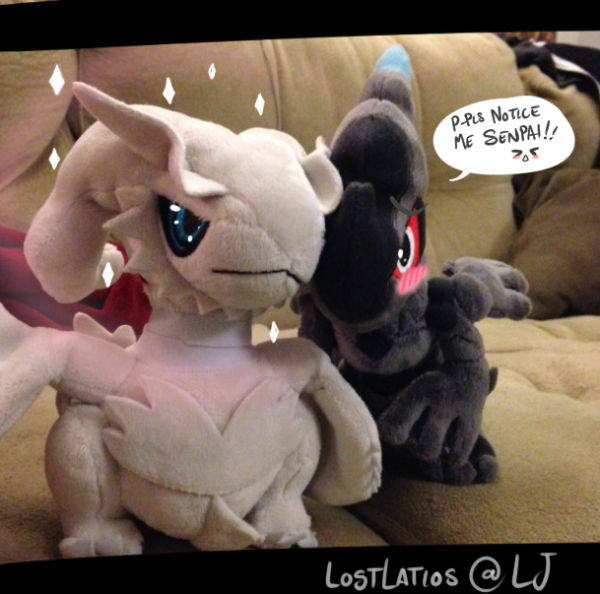 Sorry for the late update everybody! I've been a bit busy these past few days, so I haven't been able to make a proper post with a collection update, but I have updated the store a bit. I'm working on something special for everybody, but it is a bit of a lenghty project so I'm working as hard as I can. (While taking appropriated breaks, of course) As for the promotions, lets see where we are!

1) The first FIVE orders over 50$ this month will get FREE SHIPPING!

To thank you guys for being such great customers and supportive of my store, the first five 50$+ orders in my shop will receive free shipping. This of course means that orders 100$ or more are free as well, as long as they ar part of the first five!

I've had a few pretty big orders since opening the store, and those are always lovely surprises to come home to! As a thank you, the first person to place such an order this month will receive 10% off their next order, which is valid for as long as I keep the shop open :)

3) If over 20 orders are placed this month, every member who placed an order will be entered into a draw to recieve a FREE POKEDOLL!

This is something I've been thinking about for a while. It's something I've always wanted to do to reward members for shopping with me! If this raffle is successful this month, I will be continuing it for next month as well. :)

UPDATE: So far this month, 6 orders have been placed! Just another 14 left and everybody will be entered into a raffle for the Pokedoll! It seems plausible, so hopefully we make it!

If you are looking for newer Pokemon kids figures, I added over 500 GEN 5 Pokemon Kids to the store last week, and all the other regions also have OVER 500 available! The link to my store is below :)

As always, here is my link to the store : Jaydee's Pokemon Kids Mega Store 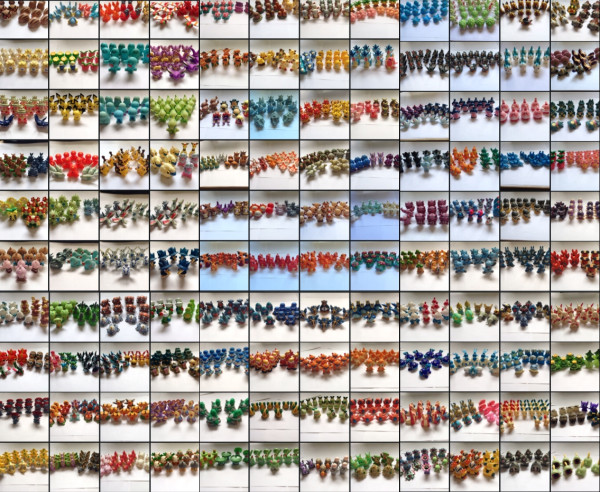 Hopefully by next week I will have a big surprise for everybody here on the com! As always feel free to comment about anything Kids related, and ask away to your hearts content <3

Until the next update,
Jaydee here,
signing off
<3

Hey, everyone! Long time, no see. I've got sort of an unusual want today and I'm hoping you all could accomodate me. I'm looking fo the Espurr WANTED series mug's box. I'm not looking for the mug, only the box. I need the box in order to scan the pattern for a project that I'm working on. I'm looking for this box in mint conditon. Additionally, if you wanted to prodide high quality scans of each side of the box yourself, we could also work something out. Thanks, everyone! I hope someone is willing to sell their box!

I'm really excited to say i collected every tazo in Series 1-2-3. This community also helped me to complete my series that's why i want to share this news. Especially, i want to say thanks again to agui_chan who sells a lot of pokemon stuff and tazos. So, there are some collection's photos for you -so far, but don't forget to check my missings. If you want to sell your pokemon tazos(like in pics) please send me a message. I'm still searching character tazos that are Misty (Taso 2 and Taso 3) and Brock (Taso 2 or Taso 3/don't matter, i need only one :)).

I wasn't sure the best way to go about this, so here goes. 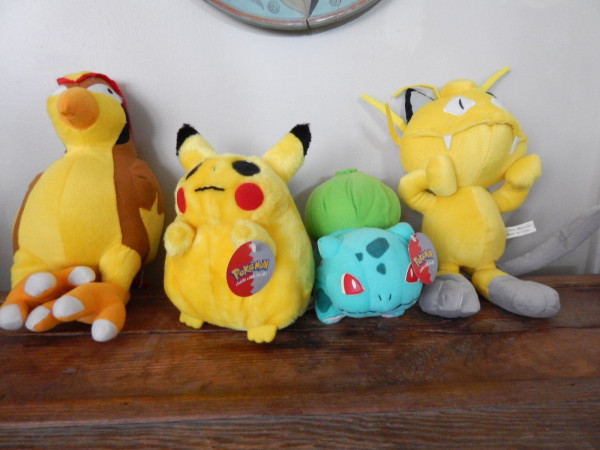 I won this auction today.
If you were after the Meowth in this photo, please send me a pm. Thank you.
Collapse