Just to update that I'm still looking for the sleepy slowpoke metal figures( my biggest want ever!) ^w^ any help in finding these would be great!
Thankyou ^_^

There is less than 9 hours left for the offer on the Pokemon Time Bulbasaur plush if there is anyone that still wants to bid. I'm leaving offers open to the end as I see a couple of bidders really want this so I'm letting them decide how much they ultimately want to offer.

Please click here or the image above to see the offers.

Also, to fully take advantage of this bulk shipping round, I am linking my most recent sales post. I've decided to put these two up for offers:

Each of these will start at $5.
Offers will end 9am on Tuesday 24/2/15. Countdown is here.
I am getting a rarer Teddiursa and I don't fancy very curved hang tags, which they both have.

Hello fellow comm members!
Today I have something I literally feared never would arrive but against all odds (those odds are Richmond CA's horrible post office - no really, they have 1,5 stars on Yelp o_o) arrived at my door after 2 weeks of being stuck in limbo land, the other day making it basically one of the best days in recent history! :D

Here's a little sneak peak, WHO'S THAT POKEMON?
(I think you guys can guess who it is if you know who my favorite 'mon is! :'D) 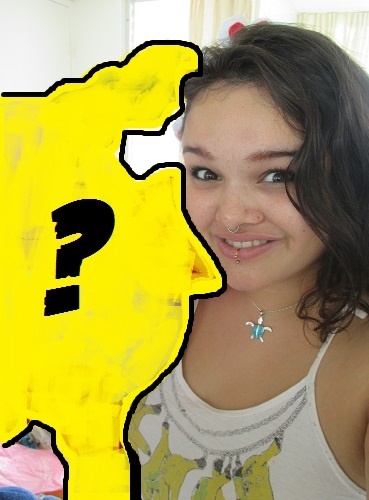 Can you guess it yet?
Does this horrible who's-that-Pokemon-ms-paint-job help? :'D 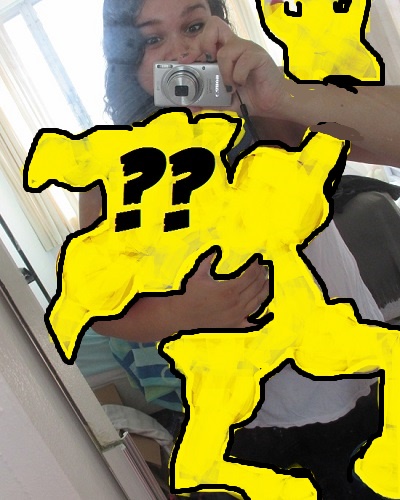 Wow I changed my main icon for the first time in seven years!! I FEEL SO OLD HAHA

The first part of my big Pokemon sales is now closed; thank you everyone who bought my items! If you want me to leave you feedback, please ask (though if I notice you left me some I'll most likely leave you feedback in return even if you don't ask). The unsold items from my first sales post are now available here with a lot of new things to look at!

I recently heard that Finnish Posti (our main postal service) is going to raise their prices again, so now is a good time to buy things from me - once the new prices come in effect I'll probably stop shipping internationally and will only ship to EU countries. :'0 The prices are ridiculous as they are, I can't believe they're going to raise them again. :T

Here's a small preview for some of my items! 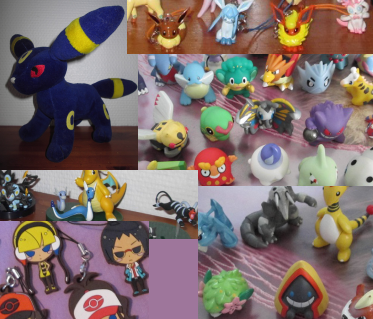 Yes, there is a super rare mirage Umbreon under the cut!

Hello there guys!
I have made the harsh decision to do a lot of collection weeding of my personal collections, mainly Charmanders for my own health reasons. I have a huuge chunk of Charmanders that I am selling, but I still have so much of him despite taking out a big amount!
I also have some super rare things up for offers, like Mirage plush, my own card sleeve collection, Raichu line zukan, Vulpix and Drifloon Canvas and tons of other things! Please take a look! 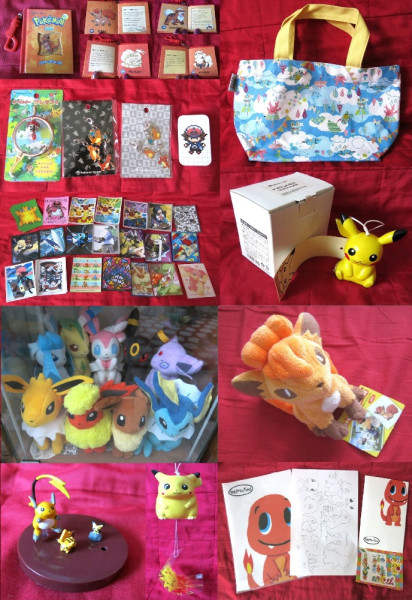 Please read the rules before you decide to buy/bid!

PLEASE WAIT UNTIL I DO ALL THREADS!!! THANK YOU!!!
DONE!

I was just on pokemoncenter.com and noticed some new plushes! I've been without internet access for the past week, so hopefully I'm not wrong about them being new. xD; Preview below! 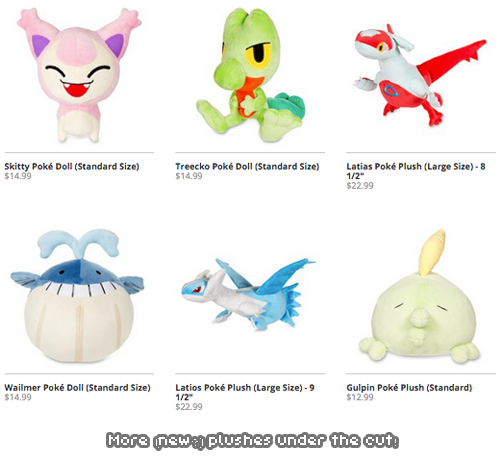 Phew, managed to snag another (and possibly my last?) Raichu grail! And a Sylveon grail! And some other neat stuff!

It turned out to be in my other pants pocket when I was doing laundry today. I find that to be a big relief. I thought I left it at a store or something.

I've got lots of new goodies in the mail. :D
I planned on posting everything I got on Friday when I opened most of them, but the weekend went by so fast between work and such that I forgot to post. I wasn't really expecting as much as I got in the mail today so I had to combine both of my new goodies into one big super gets post. :D

Look at all of them! (Can you tell I changed my sheets, too? xD)

Thanks for looking!
Some of the pictures were done pretty sloppy (sorry ;n;) but if you want to see everything more up close and individually, you can always check it out on my collection site here.

The stuff from today isn't on there yet, I'm afraid..I'm feeling a little lazy at the moment. ^^

I had meant to do this update yesterday since it was my birthday (I'm 23 now! Yay old!) but I decided to keep it til today so I can get proper photos in the day light.

Mini reintro:
I'm your friendly neighborhood groudon collector! On top of groudon I collect his primal version, the Vanillite line, Quilladin and Chesnaught, Meloetta's Pirouette form, and pokedoll figures!
Today, I'll be focusing on my primal collection as it's the one that's grown the most since the release of Omega Ruby. 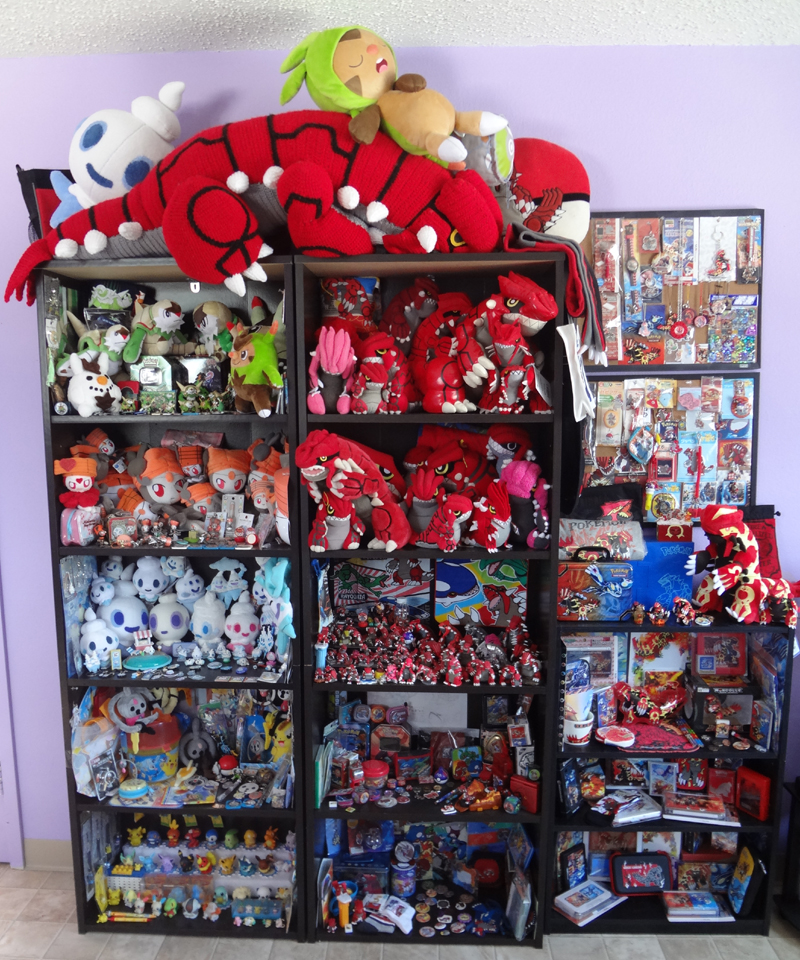 here's an overall view of my entire collection! Click under the cut for a look at the primal shelves.

I have also updated my collection site with all my new groudon stuff and everything else!


Finally, I am offering free shipping (or a discount if you're outside the US) in my etsy shop. I have lots of things for order and do take commissions too.

You can find the coupon code(s) at the top of my shop. :3

Hey everyone! Most of you have probably long forgotten me by now. :'D I've been on lurking mode for a long time due to real life and computer issues, and to be honest I would have stayed that way for a while longer if not for this get I want to share with you all. I'm very very excited about it so hopefully you'll like it too!

Hi there! It's finally time for a collection update. I'd like to start with the newest additions to my collection: As usual, dragons and mice! The photos are behind cuts because they're too big. Here we go:

Now, this just had to be done... ahem.
It seems like there was an intruder in your nest, gerbils! Both of them were very puzzled. Before they could try and bite the poor Raticate to see if it's food, I took it away XD 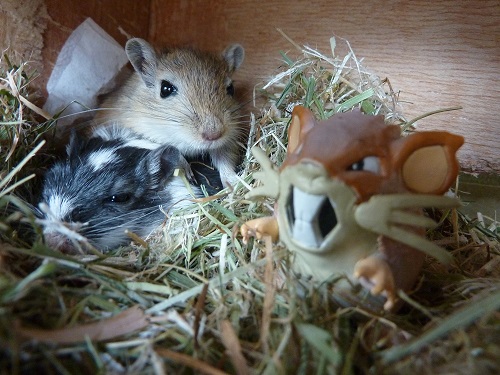 >> UPS - I MESSED UP PHOTOS, THEY'RE SO TINY, I WILL FIX IT IN A MINUTE U_U
Done! Now you can enlarge pictures c:

I found them on Ebay for very cool price and decided to bid, luckily I won the auction ^_^
I've never seen those before and never opened anything like it, so they're new for me.
So let's get it started!

Hope you'll like it! If you have any questions or comments hit me!
Thanks for looking, best wishes for you all!

sugarstitch for like a year, just waiting for her to open up commissions. Thankfully she was excited to take on this project and picked my commission request. I don't even know what else to say I'm just glowing with joy over my beautiful new plush...

Hello everyone,
I found some old stuff that I wanted to sell over the weekend!
Please take a look at some of these cool items :)

You can click on any of these pictures or this link to be transported!

Thank you and have a great night/morning! 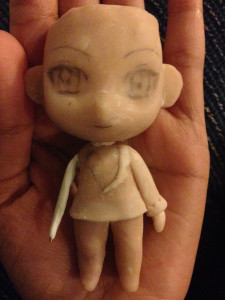 Guess who it's going to be? (answer under cut)

His head comes off and fits back on like a nendoroid, but it's a thick wire instead of a know.
He's not done baking, a lot of details are still being sculpted and refined. They eyes/mouth are penciled in, just to see where to put the hair when I start!

I plan on taking these for commission/auctions sometime in march (after I finish my current things to do) I was thinking like a sculpt with the option of making multiple heads for the body. Kind of like the real thing but there would be hair for each, too much of a pain to make all the pieces fit perfectly if I try to replicate the fitting parts. Especially since I tend to break things when I'm frustrated. (Partially why I take so long to finish these 'myslef' projects)


also mercurrix, I'm still making weavile, there will be another wip pic the middle of this week and if weather allows shipped this weekend


Also, is ebay overpricing the red nendoroid or have they really gone that high? They recently sold out only too....wow!


another thing, anyone selling santachu? I missed out on him and didn't think they would stop. (they didn't distcontinue halloween of delivery so I thought I could put it off till later)

Recently bout the 1:1 pikachu for pokemon center, totally worth it. He's so soft and squishy and feels like a real friend. (Yes, I really love my plush. especially pikachu:P)

edit: here are more pics on how steven's been doing ^_^ (put under a cut in case you don't care)
( Collapse )
Collapse