And by March, I really mean a continuation for the February sales post xD I'm going through these a lot quicker than expected (quite a few of you guys will have pics and your package on the way by the weekend :D) so I'm taking some more slots.
Along with that, the packages of

creampuffoholic will be going out on Wednesday <3 And Jen, I threw in a surprise to thank you for your patience, I think you'll like it x3 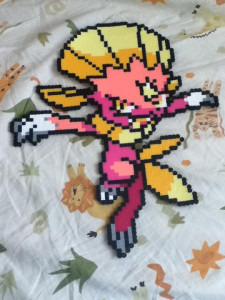 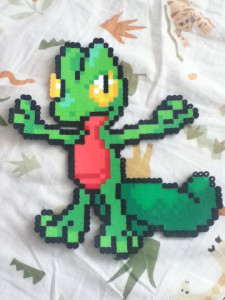 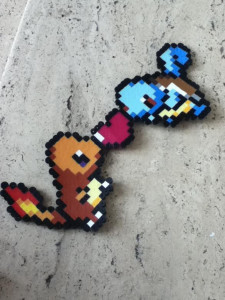 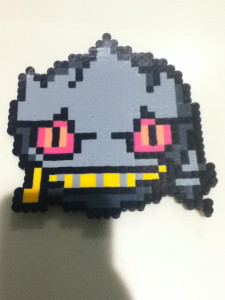 I have a little something for the rest of you guys not interested in commissioning, since you have to put up with my constant posting xD

I have two pokemon in mind (posted with an "only me" status on my journal), and whoever guesses one of the two will get a free large sprite of their choice! Only thing is that I won't do mega's since those are a ton of extra work xD
The rules are one comment per person, and no editing please ;) This should go without saying, but don't post a pokemon someone else has chosen already :P
I won't make your sprite until I'm done with all current commissions on the sales post I linked, so you'll have to be a bit patient <3

One Pokemon has been guessed! The answer was Onix~

I'm not sure what to say by way of introduction, really. I first learned of this community from Jess at the Serebii website, but I've only lurked for years and years now. I don't have a terribly extensive collection, and there is no single Pokémon I collect in the main, nor have I yet identified any holy grails of merchandise to strive for. It's entirely possible that becoming a part of this community will change each of those facts, aha! We'll have to wait and see, so join me below the cut if you wouldn't mind. =)

Anyway, I'm grateful to have been welcomed here. If there's anything you'd like to ask about my Pokémon merch, or any advice you can offer to help me more quickly get accustomed to this community's etiquette, please feel free to speak up.

Okay first up, according to the tracking the package will be in tomorrow so this only concerns

nasija so if you are in the US send 2.50 to ladyneko92@aol.com :) nasija, I will pm you your total once it's shipped :) thanks again so much you guys for making this group buy a success!! I'll update this post with pictures in the afternoon! Please be sure to wash them before each use ^_^ says the ocd cat lady XD I plan on shipping them out as soon as they arrive.

Edit: here they are!! 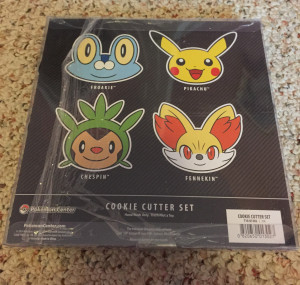 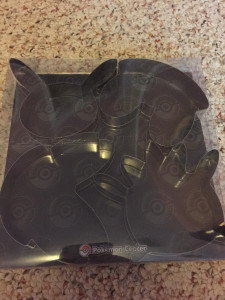 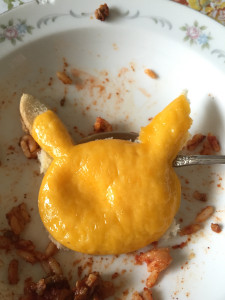 Just as a quick test I made pikachu bread... I mean cheese toast with mine, it's pretty easy to use! Sandwiches may be on the small side with then but who cares its freaking pokemon! It's worth it bc you get all the good stuff and no crusts :000 so far the only uses if can come up with are for cookies, brownies, sandwiches, toast, rice, cornbread, waffles, pancakes, and maybe jello.... Feel free to add suggestions!

Before I get into the giveaway, I begged talked a very dear and close friend of mine into joining the comm! He's busy with midterms at the moment, but he should pop up soon so be sure to give him a warm welcome! he should mention me so you'll know if it's him ^^

Okay now for the main point of this post!
( Collapse )

ships from MD, USA
sales perm given aug 2010 by denkimouse
paypal only

custom 2ft scraggy plush. made by me, machine sewn, made of minky fabric, pellets in his feet for weight, his head doesnt like to sit up. asking $75 but willing to haggle HE MUST GO OR WILL BE TRASHED/SCRAPPED FOR PARTS when i move at the end of the month, someone please give him a home? Id hate to destroy it. shipping would be $15 for domestic, 25+ international because of size

Hello friends~
This is just a friendly reminder that the auction for the Sylveon Puzzle and Alphabet Pages will end in 3 days!
I also have a more Alphabet pages on sale that are still available on the Auction page!

you can click on the link or any of thes pictures to be transported!

Thank you so much!
And if you have not checked out my sales post you can do that by clicking on this banner! 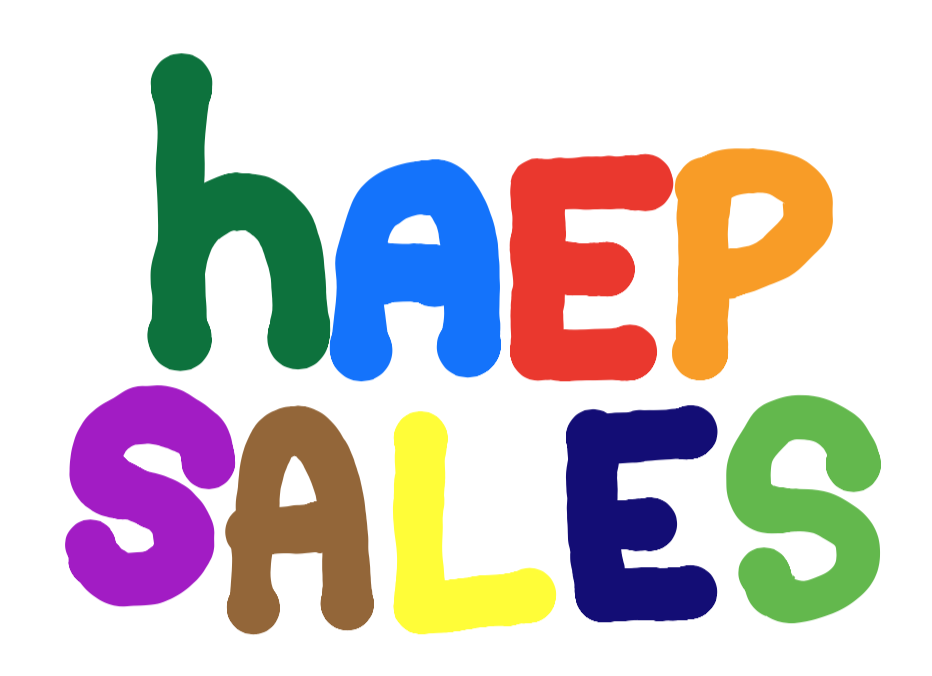 Holy arceus this has been crazy! Someone stole our mail, and for two days we had it on hold. TWO DAYS 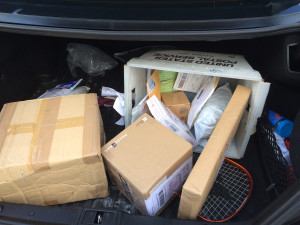 I think the post office hates me now. (ᅌᴗᅌ* )
Now featuring my kitchen table
( Collapse )
Also, just a reminder that my pokebox giveaway is still going on! Just find the item thread you want, and reply to the latest poster with your corresponding number!

Hello once again community! I hope you're all having a wonderful day. I'd like to show you all my latest get and my Spritzee collection so far!
( Collapse )
Thank you for reading! Also

jheila I'll be sending your fairy cards in the mail soon! I would have done it sooner but I've been sick. I'll tell you when I send them though n w n

Thank you all for allowing me to join this community of Pokemon Lovers!
I'm from a sunny island called Singapore! Even though I do not have a super large collection, I am proud of the things I have collected over the past 2-4 years!

Just to make this short and sweet - my favourite pokemons are Grovyle, Lucario, Gardevoir and Totodile! But for now I'm just more active in expanding my Grovyle collection than anything else~ 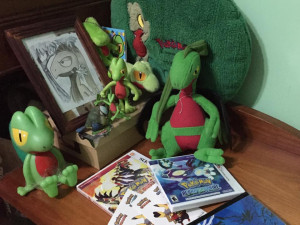 Just something more about myself, I'm currently a vet student as well as an engineer! (Taking jobs to fund my expending pokemon collection)

Once again, thank you for letting me join this community! I'm really looking forward to getting to know you guys more!

So I created a new blog on my website- I call it "The Horrors of Completed Listings Saga." It features screenshots of completed ebay listings of really good deals on Pokemon goods that will leave you cringing. I only have a few right now, so if you have some screenshots you would like me to add feel free to add them below! It also features other things like the famous Trash Raikou! 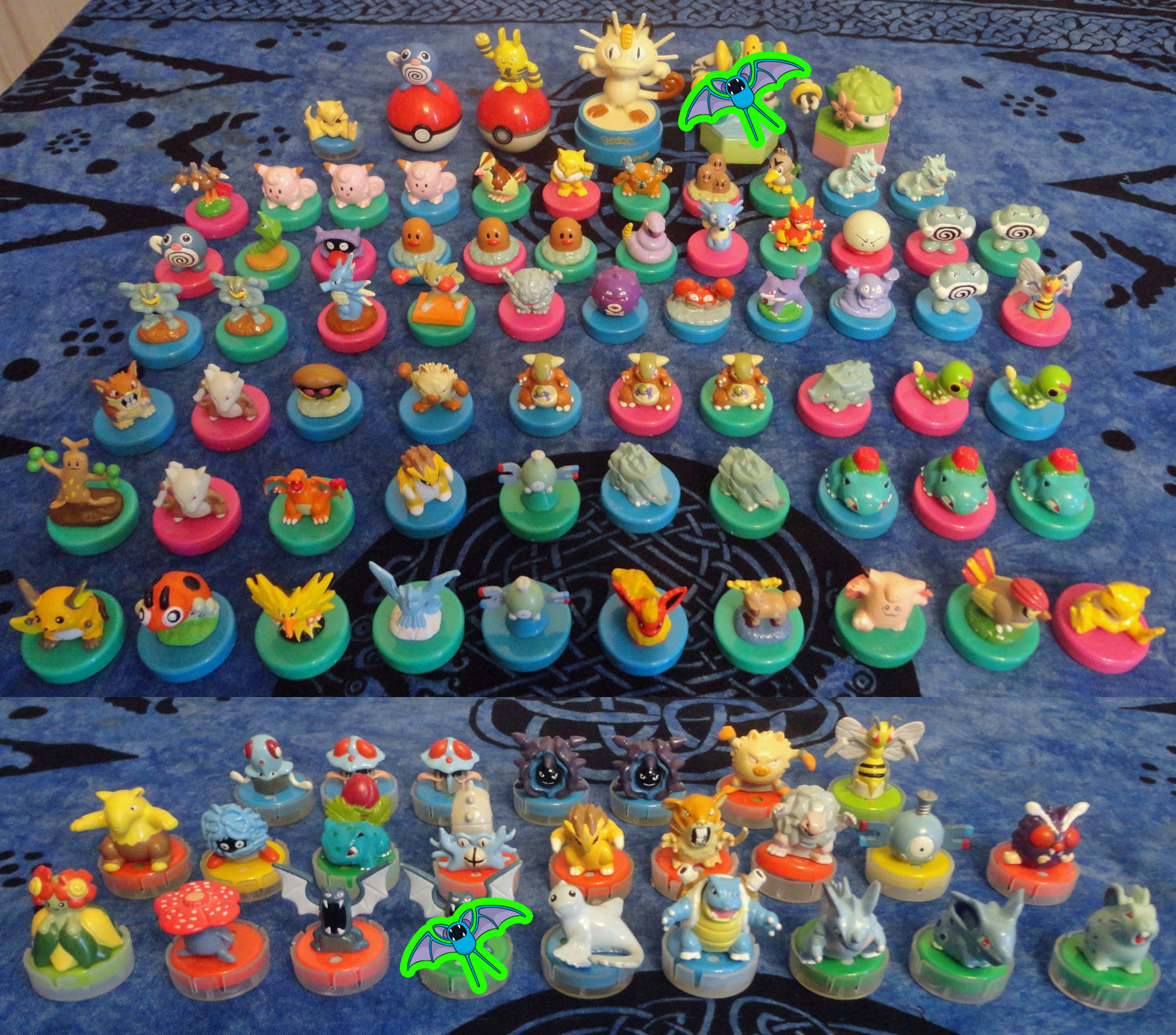 SO HEY GUYS!
I'm so sorry Payment 2 has taken so long to come out, both me and Jen had been super tied up ;V;
But I'm excited to say all the stampers are ready to go!

pikabulbachu you need to pay for your payment #1 ASAP please!!!

Spreadsheet can be found HERE
Please send all pamyents with your LJ user name and Stamper GA to jen81489lj@gmail.com

I started my own collection site a few weeks ago. I see a bunch of people post theirs so I decided to go check out this Weebly. I've managed to get my Suicune stuff all on it, and I posted a few other random bits. If you'd like to check it out: http://leashedcollections.weebly.com/suicune.html  -  None of the other Pokemon pages are done yet. I have a few dragons and other figures just to flesh out the rest of the site. I plan to make it into a collection site and not just for my Pokemon stuff. If I ever get around to taking pictures of all my stuff, cropping, resizing, uploading, etc..etc. Maybe once everything with Mortichai is over. Any feedback will be appreciated!

My long awaited package from Japan finally arrived. Never again will I use SAL shipping. A month is just too long! 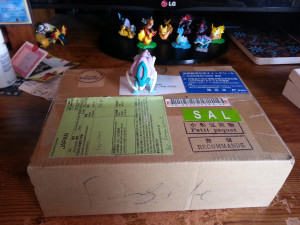 Another snag off Ebay, and a lucky one, too. I decided to check my saved searched before bed and these were posted for a BIN of like 6$? (Don't remember, but it was only like 8$ total with shipping.) 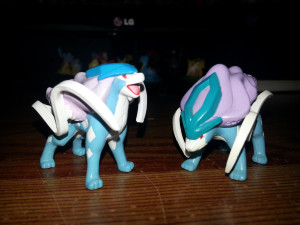 TOMY Roar and normal. I already had the normal one, but hey.. for that price I'll gladly take a double if I get the roaring TOMY.


Heads up: I will be shipping my SSS package soon! Not saying to who, because that would ruin the surprise. But be on the lookout! =3
Actually got around to getting out today and grabbing a flat rate box for it like I meant to do last week but was waaaay too busy with vet stuff.
(Hope I'm not breaking any rules posting that.. I don't see why not, but please let me know!)

I have really started liking Dedenne in the games and am after a Dedenne Pokedoll. 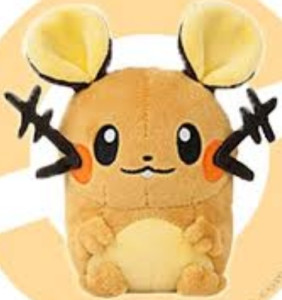 I'm looking to spend no more than $20.00 including postage to Australia. But please let me know what you have on offer.

I would prefer if it has it's tags.