Dropping in today to share an amazing (dare I say) GRAIL get from the community - a Bulbasaur Pokémon Time strap charm! ♥-♥ Little thing is adorable and in fantastic condition for its age. Big thanks to

poliwhirl. I certainly appreciate being able to purchase it and I know how lucky I am, a lot of us have been after this guy for a while! With the recent rearrangement of my shelves,
my Pokémon Time strap collection no doubt needed some revisiting 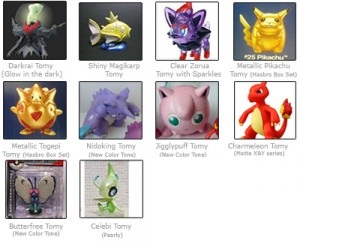 Also looking for this tyranitar tomy from this box set 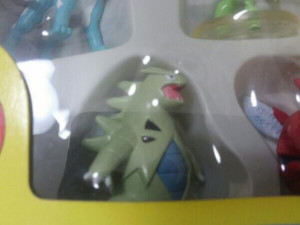 Below the cut are photos of most of the rest of my Pokémon merchandise. I say most because there are bits and pieces I haven't bothered to take pictures of, and probably other bits and pieces still that I've just forgotten about or misplaced. For example, there are no photos of my Welch's Pokémon jelly jars, Pokemon Yahtzee dice, or 10th Anniversary Party paper fan from 2006 in New York. Further still, LiveJournal as yet has no record whatsoever of my TCG collection. That photo session is going to be a headache! @_@

Still, it's a small collection of ecclectic things, considering it's been almost 20 years now that I've been into Pokémon. Please, enjoy the gallery. =)

So, after all of my worrying concerning this package, it made it to me only a couple days late! And I am SO excited to be making this post!!

So what the heck is in the box, anyway?? 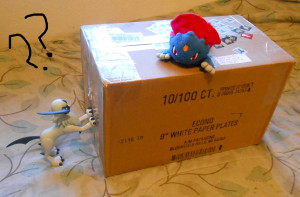 We won the GA! :D Thanks to everyone for pitching in and picking up some of the stampers with no bids, as well as bidding your max bid on everything you really wanted. I think those two factors helped us win, for sure, as we won the auction for pretty close (about $20 off) from the next highest bid. Payment details under the cut.

Wowza it's been a while!!

Some of you may or may not remember me lol

My collection is doing great~~ I had to put away a shelf (in order to fit a desk in my room) so now half of it is in storage haha.

I updated my collection site a little:
http://maltesecreaturezoo.weebly.com/

I've also got some stuff up on Devinatart for trade:
http://xsuperalpacax.deviantart.com/gallery/53269649/Pokemon-for-trade

I still needa take a bunch more photo's, I'll update when those have been uploaded (eventually lol) <3 <3

I hope all you lovelies are doing well~~

Hi there, I have reduced some prices in my sales post.

Also, I noticed someone on the community won a DX Weavile pokedoll and mentioned something about only 500 in the world. Does this apply to the older old DX pokedolls too?

Happy Wednesday everyone! I come with a small array of goodies up for sale :)

I'm also wondering if anyone has an Espeon Pokebox charm(the one with the candy, so the second one I believe) for sale? I attended Setsucon a couple months back and lost it :(  Thanks in advance!

Hey guys!
So I got some really awesome things in the mail yesterday and just wanted to show it to you guys!
I had been waiting for this moment for a long time ^^

Thank you for reading!
Hello, loves!

I've just updated my sales with a new game, some assorted plooshies, and a t-shirt. Shipping is currently free for those in the US, and the furthest I ship to is Canada.

All my sales policies, the items, and rules can be found at my personal journal, HERE.

Please post all sales comments THERE rather than HERE, if you'd be so kind. :3

Now, I have a question for those of you who ship heavier items routinely.

Ok so i just realized its been like 2 weeks and i haven't posted my most recent get here yet! 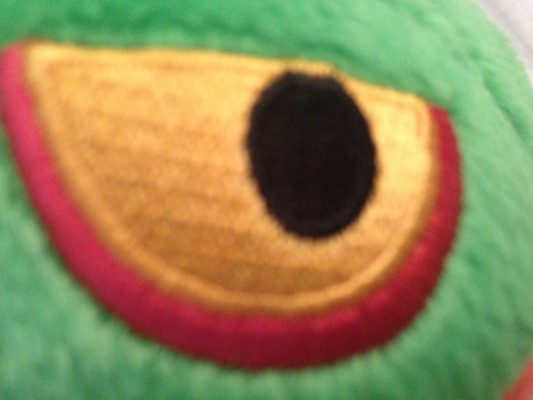 ( Collapse )
and also i finally hung up some shelves for my Turtwig line and Espurr line collections:
( Collapse )

Got my spring swap present this week and I was totally not expecting it to be so cool :D

Howdy all, it's time for some tooooys! I'm selling off my Shiny Hasbro collection. And all my other rogue figures. Inside you'll find a bunch of $1 figures, too!

It is a bit image heavy, but I tried to keep some images smaller. Please read over my rules, as I've rewrote them! 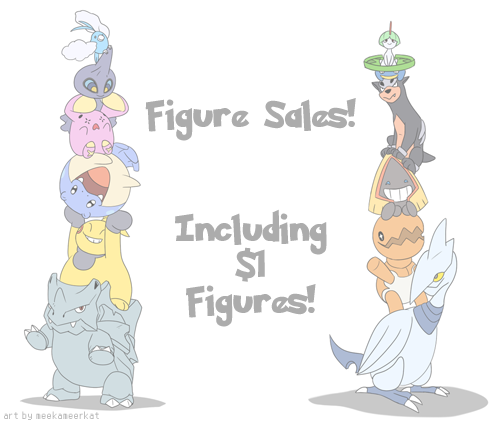 After over two years of searching I managed to find (and acquire) a Raichu and Slowbro! I'm BEYOND ecstatic!

If anyone has any of the metal figures below for sale, I would LOVE LOVE to buy them from you!

Hey :D In case some of you guys missed my giveaway, no one has guessed the two pokemon yet xD Participants are allowed TWO pokemon choices now, including the people that have already commented. Also I'll give you a clue, the pokemon is not a starter, legendary, or eeveelution x3 There will only be one or two more reminders this month, so jump on it while you can!

And lastly I'm looking to make some quick cash, so I'm taking three orders for large sprites for 15 plus shipping.
These can be ANY pokemon, other than mega's. I can still take commissions for mega's, but the price would go up a bit :P Just please keep in mind that these will be mixed in with my regular commissions, so the timeline posted below will apply to these as well.
http://pkmncollectors.livejournal.com/18811565.html 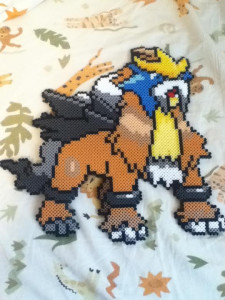 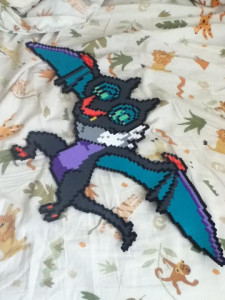 And I'd really like to trade some more, so if you have official and/or custom merch you'd be interested in exchanging for sprites post a pic! :D

Other than that, all packages have shipped (I'll send tracking numbers tomorrow)! And I have some news... I accidentally started a side collection of Houndoom and Mightyena. Oops. Now these guys will join my side collections of Furret, the Lati's, and Sceptile. I have a question to all of you btw, what do you consider a side collection? Cause I have 60 figures/plush of Pikachu, and I don't know if that means that Pikachu is a side collection, or that I just really like that Pokemon. Some of the eeveelutions and starters are in the same boat, I have around 10-20 plush/figures of some of them, but I didn't intend for it to mean anything xD

Edit: I should probably provide a link to the giveaway, that'd be a helpful thing >.>
http://pkmncollectors.livejournal.com/18906410.html

now i dont have all of those figures in all of their release colors which i do eventually want to get.. so if you have some for cheap let me know.. more importantly im looking for any that ARENT on that list :) a few in particular i reeeally want are any of the Bulb trio, Nidoking, and Gastly

as for the rest of the gens all i have are chikorita(new style.. i REALLY want the old style), hoothoot, buizel(sitting style), buneary, croagunk, karrablast, alomomola, klang, axew, cubchoo, and golett

Just a quick reminder that the auctions for my custom cookie charms ends this Friday. I'm hoping for them to pick up a few more bids before the end, since the pre-made ones are still at their starting bids.

On another note - my collection site is almost finished, so look forward to seeing that in all its glory. And, as always, thanks for looking!
Collapse