Been a while since I posted any photos on this comm, huh? Well, yesterday's arrival is what I wanna talk about! I got these adorable items from

raz2b, and I am seriously giddy over them! Thanks very much! 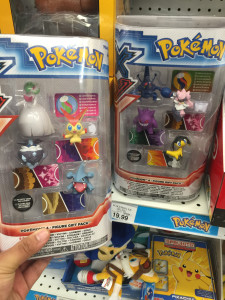 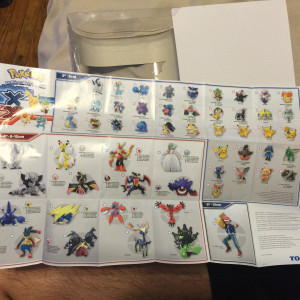 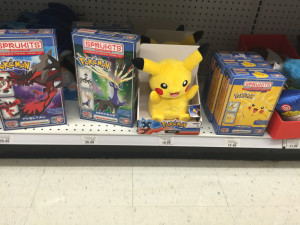 Hello I have a question what is the diff between normal tomy figures (I believe they are about 2-3") and hyper size figure? How tall are they does anyone know?

I also started collecting the Megas from the tomy line and I'm wondering if there the same size as the HYper size? So many products to keep track!

Anyway here is an update of my mega TOMYS: 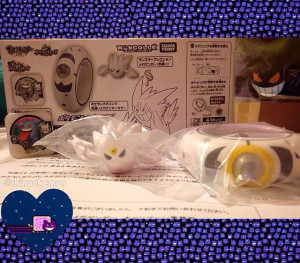 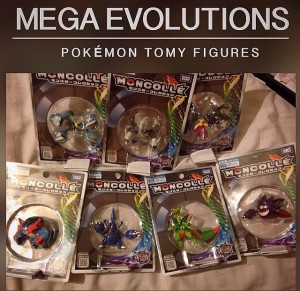 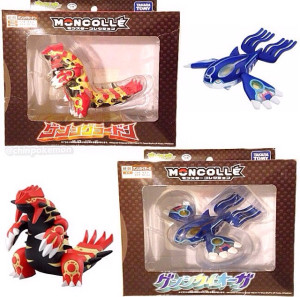 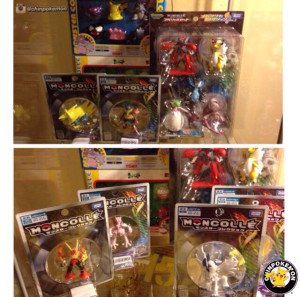 Hello, everyone! I am Liu, a college student and a new collector. I've play pokemon game since 15 years ago but just start collecting plushes 2 month ago. I focus on collecting pokedoll and pokemon canvas. For now, I still do not have a lot pokedolls in the first 3 generation. If you have one want to sell, please contact me!! These is what I recently get. 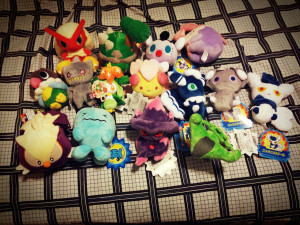 Hello everyone~~
So I've uploaded a bunch of new items for trade over on my deviantart, I'd love if y'all could check em out :D

Feedback: http://feedback.pkmncollectors.net/feedback/view/xxstarcassxx/
Wants: http://maltesecreaturezoo.weebly.com/
Items: http://xsuperalpacax.deviantart.com/gallery/53269649/Pokemon-for-trade
(I also have none pokemon items in the gallery!)

~ I live in Australia
~ I do post Internationaly
~ For International Trades, I would like the shipping to be worth less than the trade itself
~ I live in a smoke free home
~ I have a dog
~ If you would like more pictures or want to ask questions about the items, do not be afraid to ask ^ ^

Hello comm friends!
I have a very intruiging mystery I'm hoping some Hasbro fanatics/experts can help me with. :D

I purchased a Hasbro Heracross beanie after LONG last from

pikabulbachu from Germany.
After it wasn't arriving for some time, I grew worried it got lost in the mail, and ANOTHER Habro Heracross popped up in

shuuichi_chan 's sales so out of sheer panic I purchased hers as well. I also figured if I had two they could be brothers, since that's what I've got going on with my US and Japanese Paki Paki Heras.
So long story short the Heracross from Pikabulba arrived from Germany the other day and I noticed something strange....
First of all he FELT quite different. This could be due to many things, level of "loved"-ness, the beans falling down to the tush etc. HOWEVER, I something compelled me to check their tush tags!
THIS is where it gets interesting.

>The US one had the official Hasbro stamp and info. But it says 2000 as the latest date, and has the American address on it!

> The German one says 1999 as its date, does not have the Hasbro stamp but IS stamped with "distributed by Hasbro INTERNATIONAL".

My question then is:
Was the Hasbro Heracross made in two ALMOST identical versions, one for EU and international buyers and one for the US?

I find this just facinating as I assumed I was going to "end up" with two identical Heras! :O 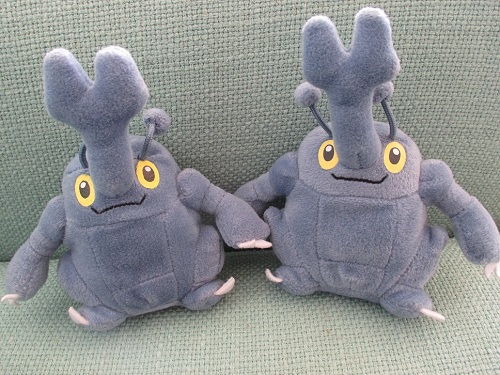 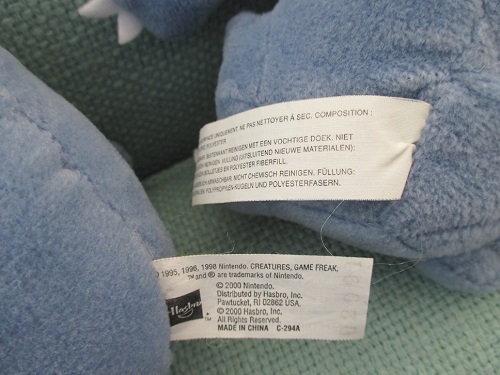 Also, I have a few small sales!

First a bunch of these code inserts from booster packs.
**All codes UNUSED** 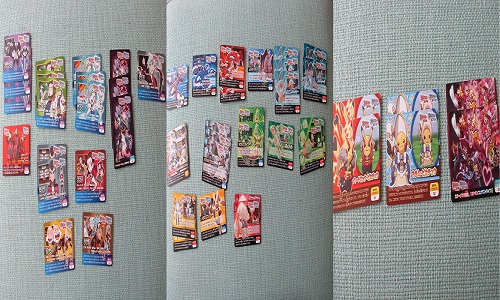 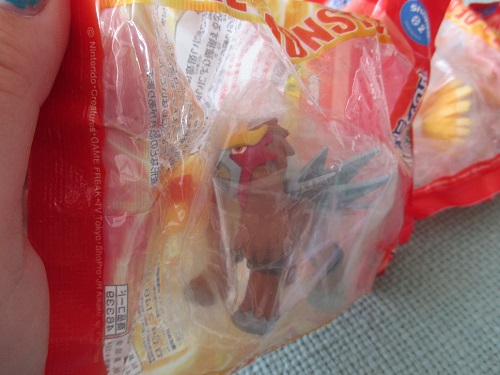 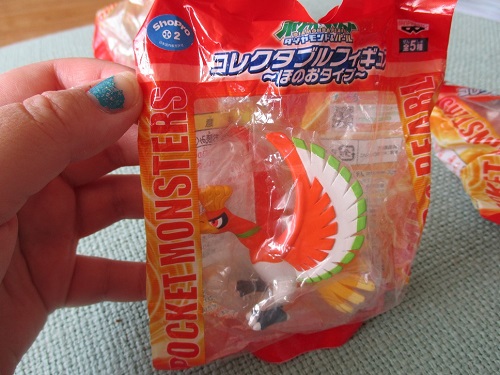 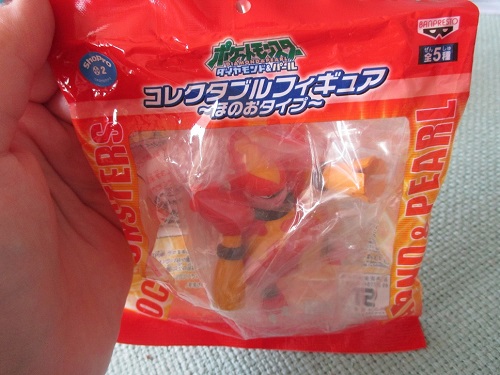 LARGER PICTURES AND PRICES UNDER THE CUT!

Hi everyone! I'm sure Y'all have seen me around posting mostly about my custom plush work and what not ^^ Well It's been a long while since I've posted a collection post since my collection has been split between school and home. But I've finally reunited everything back under one roof so I thought here's the perfect oportunity to show y'all my happy little collection.

Before I get to into the pictures, I believe some reintroductions are in order as it's been awhile ^^
( Collapse ) 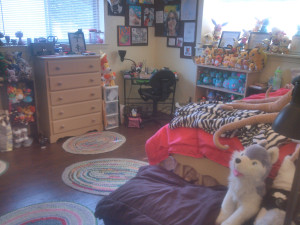 Well that's my colletion! I do hope you enjoyed checking out my collection ^^ I can be a bit of recluse on here but I check here everyday and I love seeing everyones collections and updates! And I especially love making plushies for y'alls collections :>
Thanks Everyone!
-Vulpes

So I recently sent my iphone 5S through the wash...and I literally just bought one of the pc.com cases for it...and now I'm in need of another. *Le Cry*

Soo...I don't know what there is in terms of iphone 6 plus cases but I need one ASAP and I want it to be an official licensed case please! So please let me know if you have one for sale or are doing store pickups from the PC please :3 I'd greatly appreciate it! :)

And the PC.com ones are for the regular 6 :/ of course I ordered one and got my phone today and realized it was a plus *sigh*

So unfortunately, my recent package from hobby_japan including a SB Treecko and Skitty, and a pokecenter Latios got lost. I'm definitely going to be looking to replace Latios sometime soon, but since the SB dolls are now at Nintendo I figured I'd spend the refund money on some different wants :) 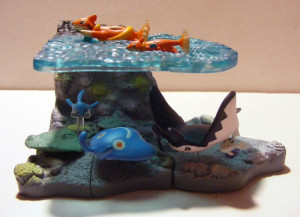 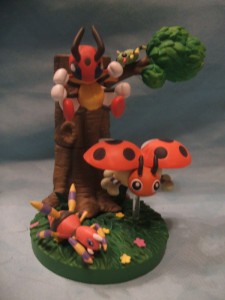 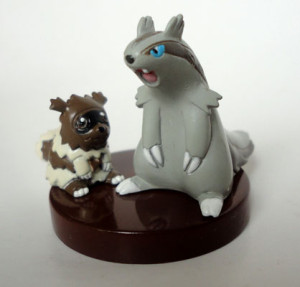 I'm looking for those three zukans right now, though I may only be able to afford one or two at the moment. Also I'd be potentially interested in premade or cheapish customs of the following pokemon- Mightyena, Houndoom, and Furret. If you'd be interested in a trade for perler sprites, I'd love to work something out with you!

Since I have all the Umbreon plush avaialble (except the sitting trump card plush...anyone selling??) I have been getting more into customs!  I can't resist my dark little baby! 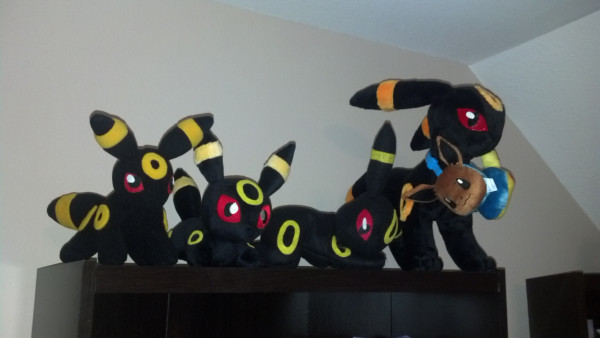 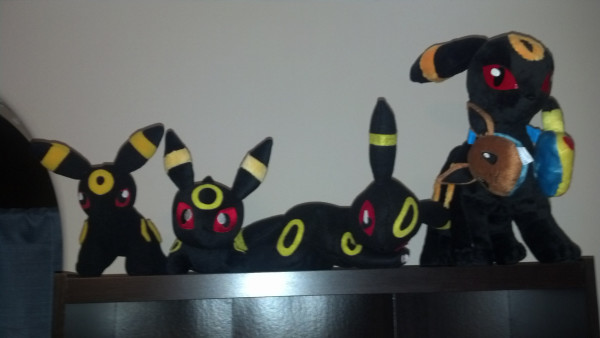 I have named two so far. The first one on the left is Pineapple, because his rings look like pineapple slices. The big, last one on the right is Radar. (he is wearing the ear muffs because there is a big uneven gap between his head and body. Need to buy him a collar)

I crave more customs!!! :D Thanks for looking

Hello! Unfortunately, I noticed today that the Chandelure keychain I had attached on my bag had come off and I was unable to locate it. T_T As it is part of a set and I don't see the point in buying another set when I still have both the Litwick and Lampent keychains, I decided I would ask here and see if anyone has the Chandelure keychain lying around not in use and would be willing to sell it to me? It's from this set: 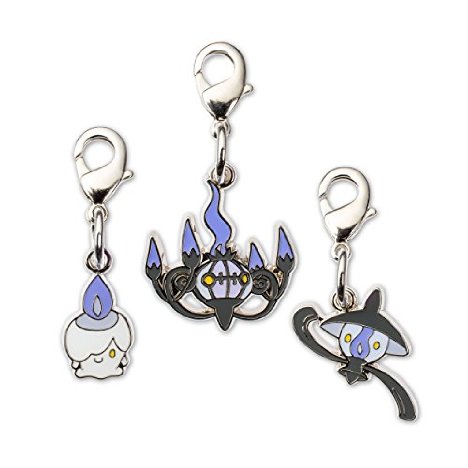 I'd really appreciate any help. Thank you!! ;_;

Does anyone have the shiny groudon kid? What is it's value? Anyone have it for sale?
Collapse