I know i havent been here in foreverrrrr~ I miss hanging with this community and selling things here, so Ive decided to come back and spend some time here~ Ill have to take new pictures and such of my collection in due time but for now i need help.

Ive grown super attached to Lopunny. after her mega form stole my heart Ive had the burning desire to collect her merch! I have nothing so anyone selling anything would be awesome, im mostly looking for figures.
Noivern, arcanine, furret, meowstic and stuntank are also major important to me<3

Im also going through the rules again to  make sure ive got any changes down. I just wanted to know if my sales permission needs to be updated?

but thats it :D
I cant wait to spend time here again~
Thanks much friends!~

I was just browsing for figures and found pics of these unreleased Jakks Pacific figures available for purchase.

Apparently theyre available in set lots of 4, and seemingly have 998 of each lot available for purchase.

BUT, is it legit? I really wanted that Excadrill...and maybe  Dwebble. Does anybody here know about this website in general?

I have FINALLY decided to put up the fifth part of my Pokemon starter poll tour!
As a reminder and for those who are new to it - the concept is a poll tour for the starter Pokemon of each generation!
The questions are all under the cut, but you don't have to answer all of them if some questions don't make sense for you.
At the end of the tour, I plan to make an image compilation of the most outstanding collection pics as well as evaluate the polls and pick the community's favorite starters! (I will still have to see if/how I can do this)

Here are the ones that are already up:
Kanto
Johto
Hoenn
Sinnoh

Small EDIT: For those of you who don't know and since one member mentioned this - of course, you can still participate in the previous polls!! :)


And now it's finally time for Unova!

(picture by Amastroph on deviantart)


On another note, I will mail out my spring swap gift within the next few days, I know it's late but I had to wait for some things in the mail first! So if anyone is here who still hasn't got their gift, I might be their swapper hehe ;D

I don't know much about this set other than it has different artwork than the other lamincards I've seen and, I believe that it focuses around Gen 3 Pokemon.

These are the lamincards I already have from this set -

Anything else will be new! :D

Duplicates and Pokemon I don't collect will be available for trade/sale after the Livestream, so let me know if there's any you'd like.

pocketmonstrmeg gets Zigzagoon and Linoone if I get estras of those. :D

I will edit this text once the Livestream starts. Which should be around 2:00pm Eastern Time. (about 5 minutes after the original posting) Livestream over! Going to sort out the cards now and I'll let everyone who's commented know if I pulled any you were looking for. ^^

P.S. I know that I have at least two messages I need to reply to (Pokemontrader and Nasija). I will be getting to those after the stream. ^^

Hello all, I hope everyones been having a good week so far. Today I come with a bit of a collection update/timeline of my Eevees and other little cuties along with some wants. 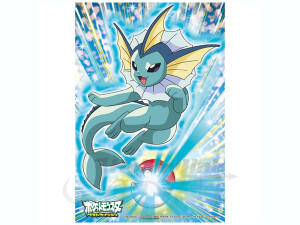 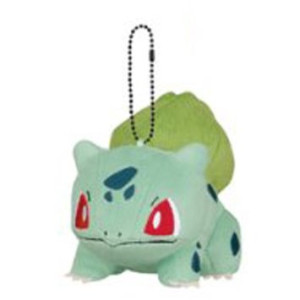 My Pokemon Collection Bulbasaur (the first one) 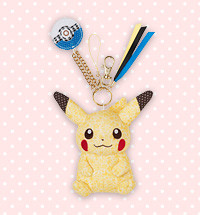 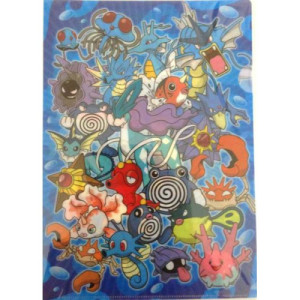 I'm back with more dice sales. A good amount of popular pokemon featured here and I even have some repeats of the dice I sold previously. None of the recently added dice go past the D/P era so there's no BW or XY pokemon.

I also have a few things I'll be taking offers on. 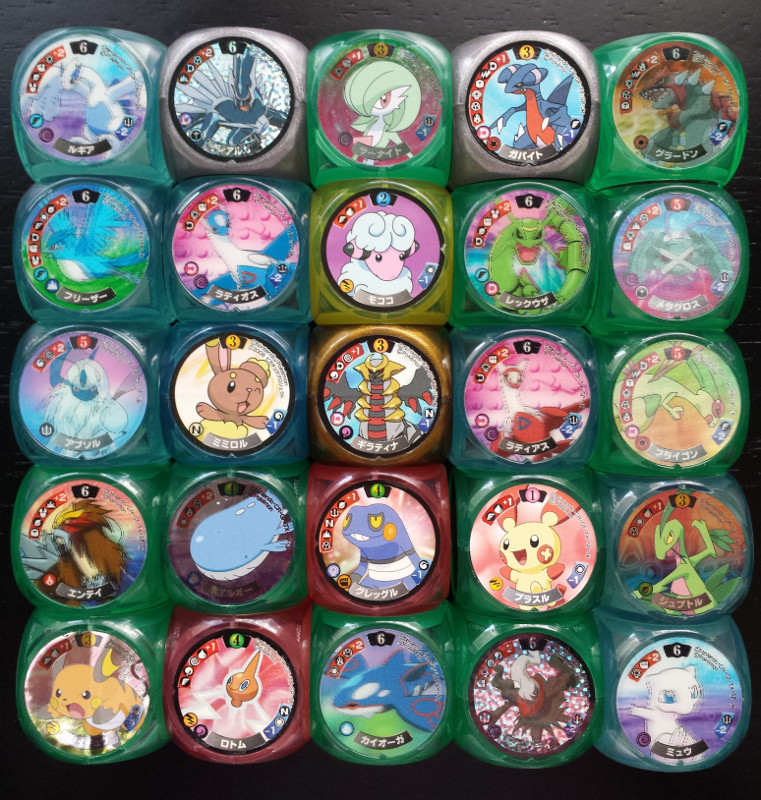 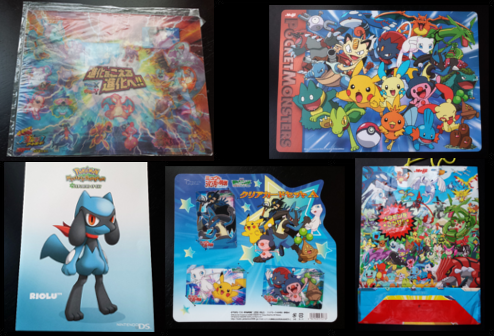 And I'm going to plug this in here. I'm looking for these bags now. The old Pokemon Center Tohoku shopper and most recent Adventure Summer Camp shopper. There's one more I need but I'll reveal it later. ~ 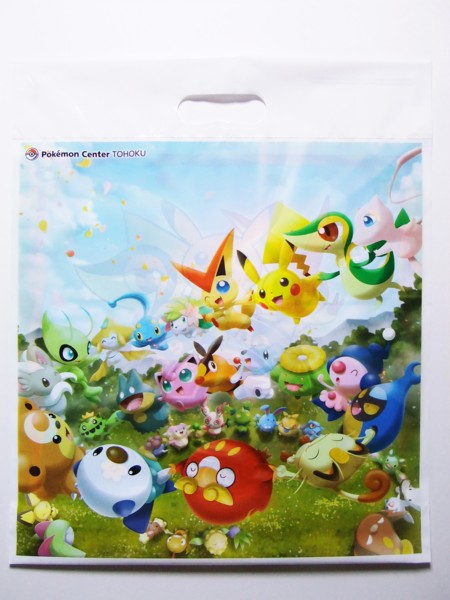 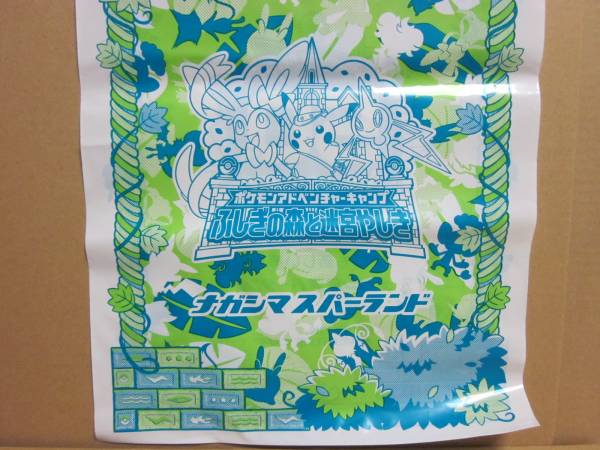 Just a small inroduction because i'm new to this community and can't wait to share with you my Pokemon collection!

I fell in love with Pokemon as soon as i layed eyes on it and I've loved it ever since!

P.S. i'll be posting soon because a big Pokemon purchase of mine will be ariving next week.

Sorry if someone already posted something like this! I did a quick search and couldn't find a similar post; so, anyways... I was looking on PokeBox's FaceBook and saw...

Hey does anybody have a Pikazard Hoodie that they are willing to sell. I cant seem to find one any where Im hoping for a price under $100 but if you have one please let me know!!
Thanks!!

If there wasn't enough SSS gets then here I go with what I received today ^^
But before I have gotten a long awaited grail.

So the grail story in 2011 when I joined the community, I saw a GA with with this Shaymin pillow;

So SSS timee :DDDD
As the Solar eclipse made my day, an unexpected package waited for me infront of my door. It was rather a weird sight since the post usually leaves a notice for me to pick the packege up.....Its i doubt that the postman would come up to the third floor.... Weird....
Anyway it doesn't really matter how it got here it matters that it did ^^

Oyyy sssooo super excited about the package :3333 What could be inside :D
Lets find out with the help of Nayo and Doru ^^

This is one of those things I should have bought when I had the chance LOL Anyway does anyone have one of these PC Sylveon+Eevee Glass tumblers for sale?

Hey guys~I need to downsize some of my pokemon items to welcome customs. I am willing to negotiate if you purchase a lot of items and also willing to trade anything for my wants: http://aki199257.livejournal.com/1222.html or customs plushies or sculptures :)

Thanks for looking! Have a great weekend everybody~!

The Pokemon website had a couple exciting announcements today!

I know Raichu collectors will be super excited about this. The plush looks really nice!

There will also be a bunch of dot sprite items released on the same day, including a pikachu and pokeball keychain. More details coming soon!

Next up, a mini Pokemon store is opening in Narita airport April 29th (just in time for Golden Week, a week-ish long holiday in Japan where everyone travels). They will sell two exclusive plush - a Narita pilot Pikachu and a Cabin Attendant Pikachu. Both plush will have smaller mascot plush versions.

There will also be a pilot pikachu mini towel, acrylic keyholder, clearfile, and cookies.

Finally, April is being billed as the start of Pikachu Focus goods at the Pokemon Center.

There will be three different design concepts with Pikachu as the focus:
Plain yellow "Pikachu" style
Comic book "PIKACHUUU!" style
A softer, northern European "Pikachu in (sic) the farm" style

Hopefully we will also get more information on goods closer to the release date.

Also, as a last minute reminder, the first Pikachu from the Monthly Pikachu line (affectionately referred to as "Tanaka-Pikachu"), along with Mega Mawile, Mega Gallade, and Mega Gardevoir plush go on sale tomorrow!

What are you excited for?
What sort of Pikachu goods are you hoping to get?

I, personally, am excited for the Narita Pikachus! I always go through Narita airport and would love to add a Narita pilot Pikachu to my collection...and the cabin attendant, too. I'll be going through Narita shortly after it opens, so I am even more excited.

Hi everyone! I'm gearing up to make an actual collection update soon, but for right now I wanted to try and fill in some gaps in my collection because I have some gaps that are driving me crazy! I recently found a shelf that I really adore as well as a trading card frame that I spruced up some, and I have now officially dedicated a wall in my room to Will and Karen and their Pokemon! Right now I have all of their Japanese VS cards in the frame, but my shelf is looking a little bare! So I come seeking dark and psychic things to fill it with :D (Don't mind the Meowths, they're just hanging out right now so everything isn't so terribly empty!) 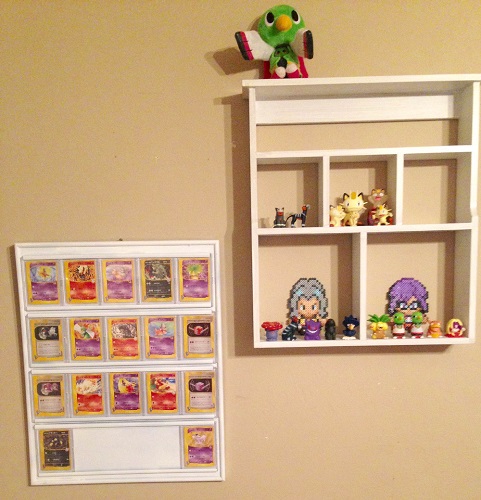 Specifically I am looking for anything of Vileplume, Houndoom, Gengar, Umbreon, Murkrow, Exeggutor, Xatu, Slowbro, and/or Jynx, so please link me to your sales if you have anything for sale! I am really mostly looking for figures or plush right now because I'm not sure how easy it will be to display flats on this particular shelf!

Thank you all so much for your help :D

Good evening, comrades. I have a lot of things to do in this post so I am gonna bullet list them here:


Update:
I have put up a bulk of over 2500 non-holo japanese cards up for auction with a BIN price on eBay. Please check it out.

Next, I am gonna show you all the old school ex's and holos from ADV series. I have got a 1ED Gold Star Flareon and Jolteon there, but they are not nm-mint but the condition is excellent at least IMHO. I am not gonna put them for sale but possible trade along with all the cards above if you have any fancy AMZ, SR Empoleon, and just any cards you find cool in your binder. Trading is fun!
( Collapse )

I have collected a total of 12-point-value cards for exchange with the Shiny Ray EX in Japan, but I am not sure how it really works. It would be awesome if anyone in Japan could help me out. Here is the link to the event on the official website. I would greatly appreciate and I would take care of the international shipping and I am offering a Shiny Ray EX in return for your favor. I think I can apply for 4 Ray in total since I have collected 12 points?
http://www.pokemon-card.com/campaign/pcc/

Edit: All the offers above will be ended on Sunday midnight (US EST). In other words, that will be approximately two days from now on. However, I would accept an offer earlier than this time if it is really good.

Finally, I have 149 Common/Uncommon without wide illustrations from the Emerald Break I just pulled out. A full list of the card is listed under the following spreadsheet. I am asking for $20 $15 shipped (fees included) OBO inside the United States. (Edit: price matches the one I sold on eBay and I took $2 off from that)
Spreadsheet
All scans of the cards can be found here:
http://pokebeach.com/#emerald-break-beginning-to-leak

I think that summarizes the post. Have a good night!
Collapse