Is this tomy Charizard a fake?

What are the odds that when importing straight from Japan some figures aren't authentic?

I ended up being paid early, and I planned my first order of Pokemon-related business for this paycheck to be the mega absol plush. I know, it's crazy I haven't already gotten one, lol. I think it's about time.

I'm wondering if anyone happens to be selling one at the moment. I have no problem buying from the pokemon center itself, but I figured I'd ask around to see if I could land a slightly cheaper price and help out a fellow member. Let me know! 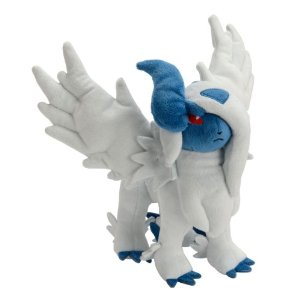 I updated my sales. A removed the minimum purchase price altogether - hoping I can get rid of some of the flats and candy!
I also have a trades page now. There isn't a whole lot there, but maybe check it out anyway.

Happy easter everyone! I hope everyones having a good time today. I found this while cleaning my basement 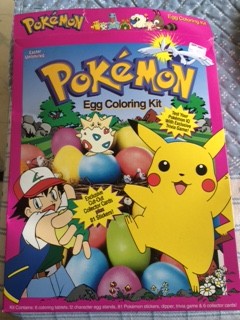 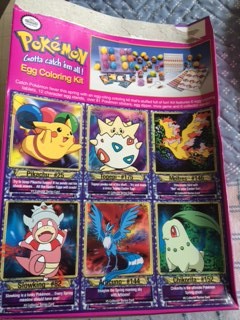 I also got a little present from my mom today 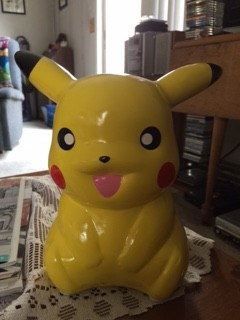 So I did another custom Pokemon sculpture. I'm actually really in love with how Kaiyodo makes Pokemon figures. The style, the pose and the composition are so amazing. This custom project is inspired by Kaiyodo I'll be making more Kaiyodo inspired sculptures in the future. Thanks to my uncle for his photography skills, he's a hobby photographer and it didn't even take him 5 minutes to get these images. I don't know how to take images like these, lol. This is part of my collection. Anyhow, here are the images! 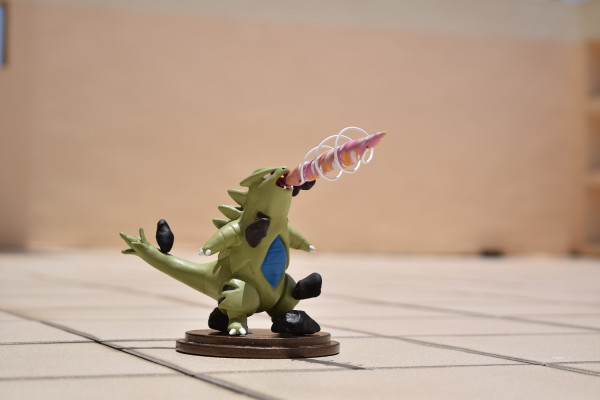 Hello fellow Pokemon fans!
I haven't formerly introduced myself to this community due to laziness and procrastination!
Since being more of an active collector now, I will have more time to purchase some of my ultimate grails or customs when the time comes.

So, here's a little about me before I get into the photos:
1. I'm 19 years old, from Ireland and I've moved to the United States a year ago.
2. I've pretty much been obsessed with Pokemon ever since I can remember.
3. My dad, being a travelling business-man, would buy me Pokemon merch from the states whenever he was away on business.
4. I had a few pokedolls from when my parents visited New York City but I have MANY figurines, games and cards.
5. When Black and White was released, I was slightly disappointed with the game and character designs (besides my beloved Minccino), that I thought I was growing out of Pokemon. I was so wrong.
6. When I saw Fennekin for the first time released on the Internet, I was already back in the game and began my collection once more.
7. It wasn't until I moved to the States and worked for Toys R Us that I began to collect many many plushes. Too bad, I was fooled and bought lots of bootlegs.
8. Now I know better and I'm beginning a strong Pokemon Center plush collection.
9. I do create my own Pokemon poseable dolls on DeviantART.
10. Pokemon is the reason I will be studying animation and character design when I attend SCAD in the fall.

This is before my serious collecting: 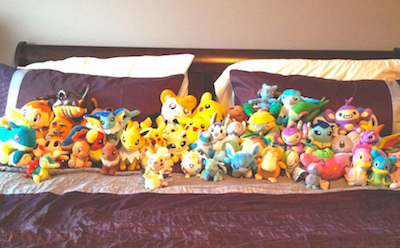 And, Question: Is my Jakks Azelf a bootie? or just messed up? 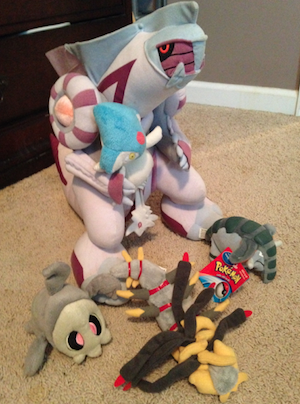 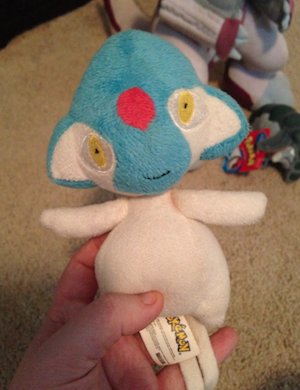 Hi all:)
I have this large Giratina soft vinyl figure and I want to get a Dialga of about the same size:D
I found these 2 figures but don't know the size difference between them, so any help is appreciated:)
Figure 1: 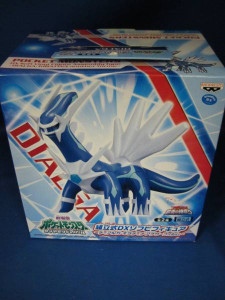 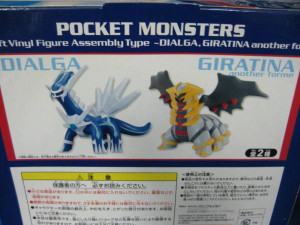 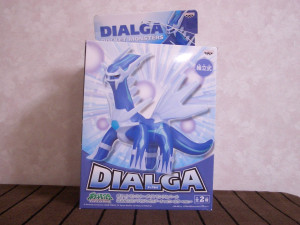 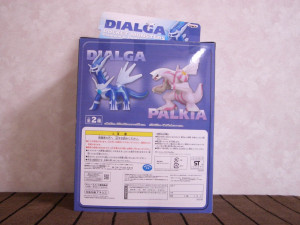 and this is the Giratina I have: 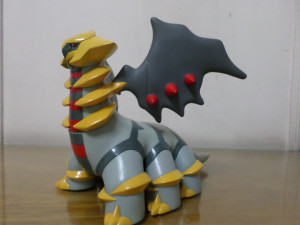 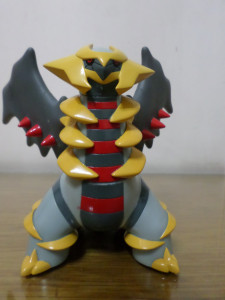 it's about 7 inches tall. I don't know if it's from the same line as the first Dialga,(the one with Giratina on the back of that box) since my Giratina didn't come with the box.

Thanks for the help:D

Hello again, I hope everyone is having a great Easter if you celebrate it! c:

I'm starting to slowly collect Torchic merch so if anyone has some and can direct me to their sales or just ask  me here... go ahead :D though I'm limited on spending right now so I'm not sure if I'll be able to for sure buy much yet. But I'll just see ^_^

also...I bought a Nidoran male plush (if you saw my previous post; it's the UFO one) and it's got a bit of something crusted onto it :( I don't have a picture right now but does anyone know how to clean a plush with something like that? I'm not sure what's on it; it's kinda orangey and maybe it was like a sauce on a food or something that crusted onto it :/ if anyone could help it would be very appreciated!

So I recently bought a lot of damaged kids and other figures and decided to try my hand at reprinting figures. I'm still kinda new at this, so any advice is appreciated!

Below the cut are some of my more recent creations! Feedback is appreciated :D

So, I did recieve my swap package and it was a few days ago but ive been super busy! I haven't posted as often as I would have liked but I will be trying to keep posting on a more often basis and of course I still need to make a re-intro as well since I haven't made a collection post in well... forever. Without further ado, Lets see another SSS post!

So I walked into my house and I was greeted with this sight! 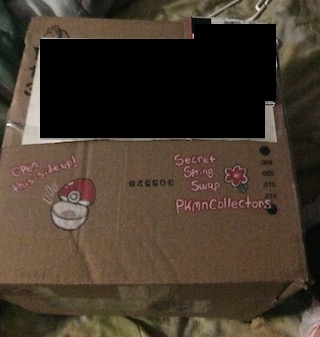 i came home from a super long day of classes to find this box sitting on my doorstep!! i debated saving it for my birthday, which is soon and i have a quiz that day, but after like, a minute, i decided i couldn't wait hahaha. my partner was the lovely, amazing 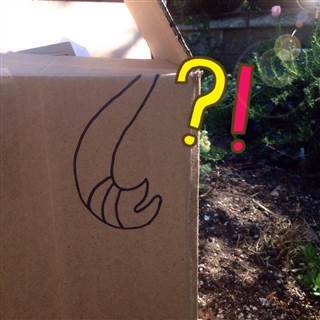 I posted a cel of Mewtwo from Mewtwo Returns to fund an upcoming surgery. The link is posted below:

I've been absent from the community for a while, and haven't been able to keep up much with merchandise, but I'm wondering: Did the Pokemon Trozei stickers from last year include any of Gothita or her evolutions? If so, I'm looking to buy them, for $1-2 each! Thank you~
Collapse