Come and get some :)

Also I have a big update coming soon <3

Hey guys, I saw this today and thought quite a few people would be interested in it! :P

Hi everyone, I'm here to sell some things before con season starts (not that there's a lot of cons in my area though) and it's also nice to feel free as my first year of university is finally over woo~ 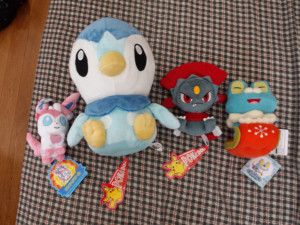 I was grabbing stuff out of my sale box and realized I'd forgotten about this guy! The metallic/pearly absol TOMY. I won him in a Y!J auction a few months back, but I've decided to rehome him.

You may bid as soon as I make the thread.
Also, I'll get some more pics up in just a couple minutes.

I still have lots of things for sale here. A lot of my extra Weaviles need a loving home!

Also gonna plug my wants list. Not looking to spend a ton of money atm, and I know it's not fully updated. But I'm still interested in seeing what's out there... And I'm still looking for the Weavile pose figure. Someday, big little Weav, I will have you. If you have this thing in good condition with all its parts, please let me throw my money at you. (And by that I mean under $50, lol. Y!J pls.)

Hello, I'm Kyreon! I am new around here and wanted to take the time to introduce myself~
I've been a big Eeveelution lover since I was a kid (especially Flareon <33). I just started my collection of Flareon and Eeveelution things, so I don't have anything impressive to share yet- But I do have some goodies in the mail! I will definitely share when they arrive. >w<

Here is my newest baby (Thank you Splash!) 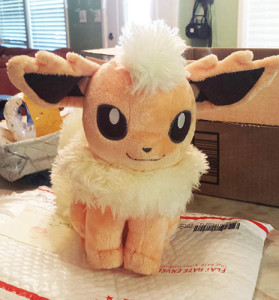 Hi there people:) Nice to post something again. A package just arrived today and guess what's inside?

It's a Banpresto Absol Plush and I think it was released back in 2003. That's all for now!

i been waiting for this package for weeks
( Collapse )
I just want to rave about these Pikachu in the Farm pens as the photos don't do them justice!

They come in a pack of 3 pens in red, blue and black.

They might look like ordinary pens but they are actually erasable pens! You just use the nub at the top of the pen to erase what you wrote. For the best effect, you should erase once the ink has fully dried or you can end up smudging it instead.

Each pen also has a little hidden surprise when you click them. The black one shows pikachu, the red one a lightning bolt and the blue one is a star.

( Collapse )
Plush toys and figures get a lot of attention online because the photos look good but don't forget the other merchandise too :) These pens are pretty cheap and easy to ship so I would recommend getting them if you can.

Hey everybody, I'm trying to find the 3DS LL case from the "Espurr Wanted" promo, and was wondering if anyone was selling one or knew where I could find one.

Hi everyone! I'm back with another wave of new buttons. I am now also able to turn any of my buttons into keychains, necklaces, cell phone straps(dust plugs also available!) and zipper pulls!

^^; I know I'm cutting it close to the 24 hour post rule. I'm just so excited and want to open these packs! And I know that some of the other community members like watching my Livestreams. ^^ This'll probably be my last one until I purchase a Roaring Skies box.

Today I'll be opening Korean Double Crisis packs. I believe this is the same as the Japanese version of the set (which is the same as English but without reverse holos). I will be keeping one of each card from the set. The rest will be available for trade/sale. I might even have some extra booster packs if I pull a complete set before opening them all. Let me know if you're interested in any cards from the set by commenting on this post and I"ll let you know if I pull what you're looking for. ^^

I will edit this text once the Livestream starts. Which should be around 4:45pm Eastern Time. (about 5 minutes after the original posting) Livestream over! It was actually really short...only about 15 minutes long. I only had to open 9 booster packs to get the complete set. The last two I needed was Kyogre EX and Team Aqua Admin. lol. The Team Aqua Admin made me open a 9th pack so I have one duplicate holographic card. XD! This means that I have 11 unopened packs if anyone is interested in purchasing them. Each pack comes with one holographic or EX card. I am not sure if there will be another Kyogre or Groudon but there could be.

Also, I'm still looking for the English Reverse Holo Double Crisis cards (and everything else) mentioned in this post - Link

I'm also looking for two Topps cards of Houndour from Johto League Champions - the foil version of #228 and sticker #23 of 37.

I been to Japan a few times and wanted to share some of my photos from the Pokemon Centers I went to! I been to the new Mega Tokyo one, the old Tokyo one (which is gone I think now?), and the Osaka one! 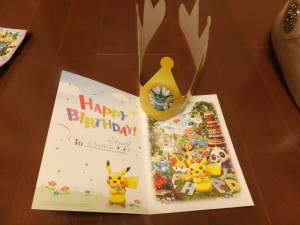 Studied abroad during my birthday so got this and a Vaporeon for my game:)

I had a huge gets post that I had been working on for the last 2 weeks, but the power went out and I lost it all @-@ Instead of remaking that mess, heres a new one!

Small preview of whats been my latest obsession! My name is Sheila and I'm from Mataró, a city close to Barcelona, in Spain.
I write here to introduce myself and let you know you are all welcome in my LJ profile. It's already under construction because I don't know anybody yet so, when I met new people I will post every few days If I can.

My english is a bit limited, be patience with me (I'm trying to improve it!!)


About me: I studied spanish filology in Barcelona, I love Harry Potter and collecting pokemon items with my boyfriend.
If you want to know more about me and my life in Spain, come to my profile!! :D

Nice to meet you all!!

Hello everyone! I've got some awesome items for sale. Check it out! :) 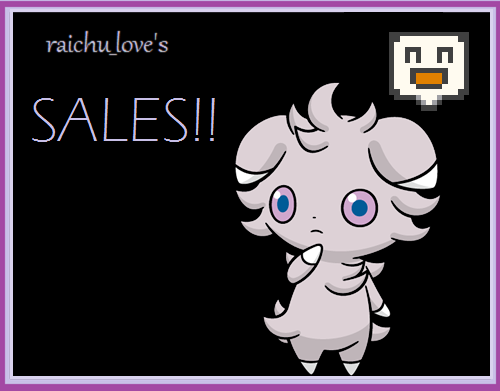 Hello~
Today I have just two things for sale.

SO HEY HEY WHO WANTS MORE FLATS!
I usually just buy lots straight up, but I thought this one has quite a few nice and interesting flats I haven't seen before plus Im only really interested in my bat sticker so I thought we'd try and GA it :'D

Please note this will only get 1 post which is this one, it ends in 16hrs

Lost it UwU Aahh thanks for trying guys ;v;

It's been so long since I've posted anything, I guess after I finally got my sceptile pokedoll I took a break from collecting. To try and start up again here are some pokedolls I really want but aren't super rare or on my top 10 wants. I don't really want to spend more than $30 on any of them
( Collapse ) 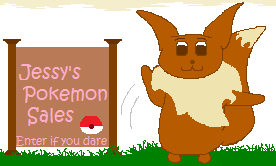 Just click the picture above to be transported to my sales post. (:
I was granted sales permission by:

entirelycliched on 8/7/2013.
My feedback is located: HERE

What is this figure?
( Collapse )

Hello everyone! I was recently approved for sales permission, so I decided to go ahead and put one up. I also plan on putting up a collection update, but my room is a wreck right now and it needs quite a bit of rearranging. xP 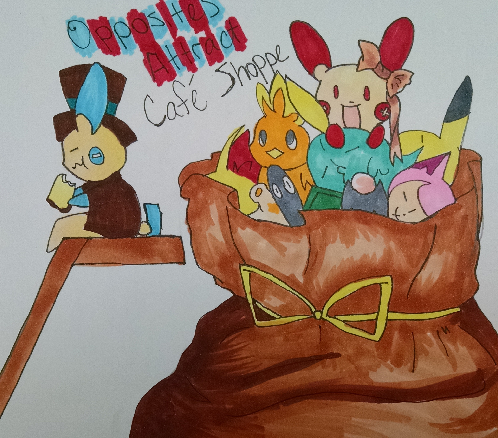