So browsing around, I came upon this badass Gen 1 Brock figure that's set for release this November! 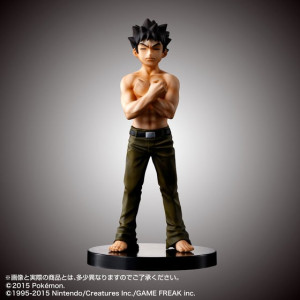 I hope they release figures of Red/Green, not to mention all the other Gym leaders! The company definitely needs to keep catering to old fans' nostalgia like this, in order to keep the Pokemon Cash Cow going :P 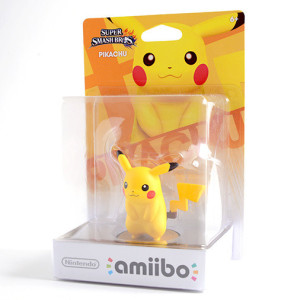 Great if you want a cheap Pikachu Amiibo to do a custom on! Or if you need another one to display in box, while you play with the other one :P

They also have other Pokemon/gaming merchandise if you aren't into Amiibos!
(For clarification, I don't get benefits from you going through the link to get Amiibos, because the cost is under $5, so no, I'm not getting rich off you guys :P The link is there so that you get the $5 benefit from being referred)

If anyone knows other Amiibo deals, please let me know :) I don't like paying full retail price for the more common ones; I always hold out until some sort of sale (sometimes Walmart will have one for sale at $9.99).

Also, is anyone else kinda disappointed that there was no Pokemon news in Nintendo's E3 Direct? :(

I wanted those rumors of a Wii U Pokemon game to be true!

Hi guys, does anyone have this mug for sale:

Or if you own it, I'm wondering whether the capacity is similar to the Eevee tail mug?

There's one on Pokevault and ebay, but wanted to see if I can get in any cheaper. Thanks!

hello I have been seeking this book for a while, it is definitely at the top of the list for my finds to add to my collection of sylveon. if anyone has any ideas of where to find or get this item I would appreciate a message! thank you so much
( Collapse )

I accidentally found this little Ash and Pikachu figure in my own country and immediately bought it. 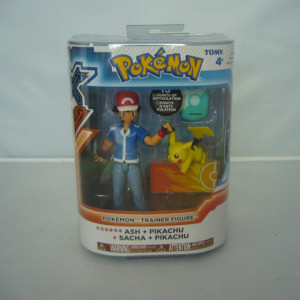 Hi everyone! Is anyone doing pickups for the Pretend Magikarp Pikachu & Pretend Gyarados Pikachu Box? 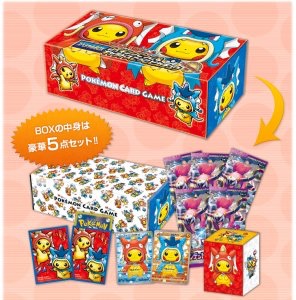 I'm really not interested in paying two or three times retail price for it on eBay so you guys are my last hope. :) I'm located in Wisconsin, U.S. if you need it.

Hey y'all, I'm looking for a rayquaza pokedoll to finish my weather trio set! Comment here or send me a pm if you have one to sell :*

For me? Lotto or PokeCen exclusive Pokedolls of the shiny forms of the Eeveelutions, or Large/1:1 plush of them. Amazing things of beauty, but dear Arceus, how hard would it be to get them, and how much would I have to pay?!

To tie this up, here's some photos of my Vaporeons from Oct 2014. (I accidentally lost the ILE die cut when moving. ;_; )

Hey guys, I just came back my last day of school! FINALLY ITS SUMMER!!! Now i have nothing to do and i'm saving money for a grail!! ^^
I just updated my storenvy which can be found here! > http://flygon.storenvy.com/ everything pokemon is all under $1.50! Shipping is only $1 to Canada and $2 to anywhere else in the world.
There's a lot of stickers and cards! I put my sales there, since it's really easy to organize and has no fees! yay :D (There are papypal fees tho). I haven't put everything on there yet! I'm still organizing it.
This is just wants from my previous posts!
Oh yeah I was granted sales permission by entirelycliched on 14/4/2013.
( Collapse )
To make this post less boring here's a random pic of my Flygon collection excluding my 2nd plush, all my flats and some figures. I hope Flygon will get more merch in the future!! c: 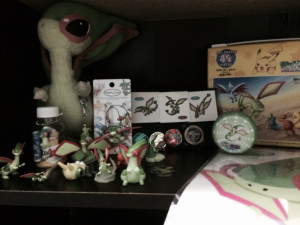 I mailed out a bunch of sprites last Friday, and the expected delivery was Monday. However, all of them but one still say that they "departed sort facility" of my city, and they haven't updated since then. I've never had tracking numbers just stop updating like that, especially when they are 4 days overdue of being delivered. In my three+ years of shipping packages, only once has anything arrived after the expected delivery day. Plus it's summer now, so it's not like weather was involved...

One of the packages says this, you can click it for a bigger pic: 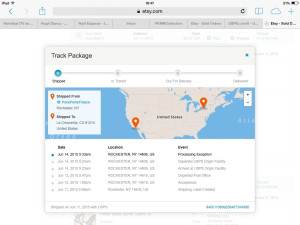 What exactly is processing exception? I've never seen something like that. I don't know if this is just my post office being weird, because I have been receiving a number of packages back to me lately... But with those, the tracking never updated in the first place, or simply wasn't there. Can anyone help out?

I sent out packages two other times this week, but they're mostly international so I'm not able to track them and see what's going on.

I'll leave a link to my store here too, I added some more things: https://www.etsy.com/shop/PokePerlerPalace?ref=hdr_shop_menu 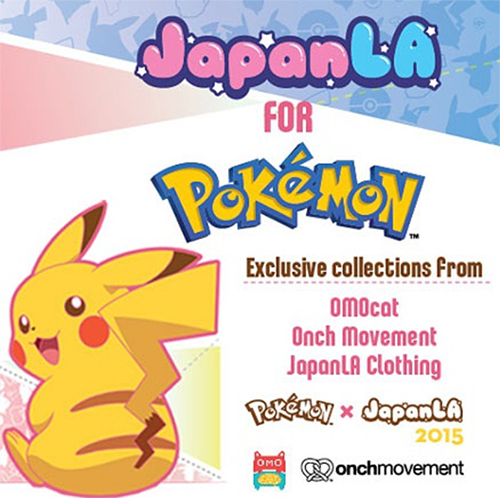 Hey folks!!! So I remember Googling and browsing the heck out of the internet when the Pokemon Boutique opened up in LA at the beginning of the month, seeing if there was any way to get any of the goods online since LA is totally on the opposite side of the country for me. I noticed on a website (can't remember which one!) that the goods were going to be available online at some point, but it didn't list when.

WELL!!! I was randomly thinking at work today, and went to the Japan LA website (the website of where the boutique was hosted) and ALAS!!!! I saw the Pokemon Boutique goods available, right then and there!!! 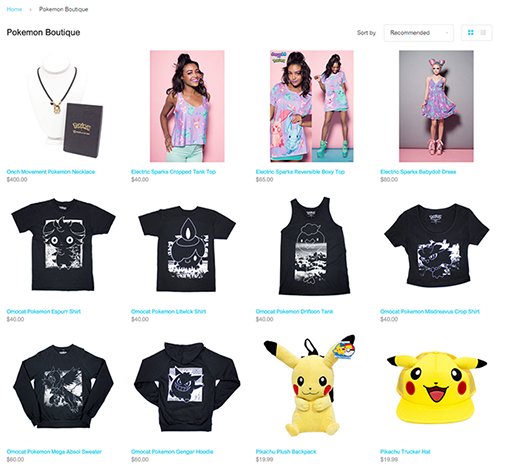 According to their Twitter account, the goods went live on June 15th, just two days ago! They're a little on the pricier side, but do remember that these are exclusive goods (at least the Omocat ones), and once they're gone, they're gone forever! I already contacted a representative at Japan LA seeing if they planned on restocking the Drifloon Tank Top, since the only size left is XXLarge. They said that they were not restocking and that's the only size left, so I made sure to buy it up right away! I'm praying to the Pokemon gods that this tank top will eventually shrink in the dryer since it's 100% Cotton, hehe.

Most of the goods do have stock art, but the tops feature the Pokemon on a neat textured background, which adds a really unique element to them. I know there were a lot of members not on the west coast interested in some of the items, so I hope you guys can snag some cool, exclusive Pokemon goodies!!! :D

EDIT: One of our resident purple ghosty collectors,

kidgengar, has informed us that the Omocat shirts and sweaters will be available on the Omocat shop in a few weeks, so be sure to be on the lookout! :D

Thanks for looking, and being awesome as always!!! ♥

denkimouse pulled out some older stuff and we have it available for sale on Sunyshore!

Please go to the cart to buy anything that might catch your eye. ;D But feel free to leave any questions you may have here!

Here is a full list of stuff we have:
( Collapse )

One more little plug: we have a special offer going on for a full set of Pokemon Time Eevee mascots! Buy 8, get one free! :D Here it is if you're interested!

Hi everyone! I've decided to try auctioning these guys off at a super discounted starting to price to try and give them a new home. They're taking up a lot of space, and I need some money to do a big fabric order. They'll both be starting at $150 with no reserve and are one of a kind!

In case anyone is going to ask, no, I am not taking commissions at this time. I have a list of them to do already.

I have a very special gets post today, starring Chubs for a little photostory!

That's it for now, thanks everyone! <3

This will be short and simple.

I have a little figure up for trade and here is what I am seeking, your art!

Basically the first one to claim will get the figure.

Do not shy away if you think you do not have art skills, that does not matter!

One of my most favorite art pieces was drawn by a 4 year old of Bulbasaur.

Unfortunately, I do not have a photo to share D:

Anyways, as soon as you ship out and I am notified of it I will ship your package as well.

We will exchange addresses through PM of course.

Oh, and I want this to be a complete surprise! So draw Bulbasaur, make sure your username is on the photo and ship it. I do not want to see the photo first, just ship, and I will post it on the community.


First one to accept offer will get the figure!

Hey everyone!
To those who do not know, I am currently in Tokyo right now for a family trip and I am certainly loving it here!
I will definitely do a lengthier and more intereseting gets/sales post when I get more time (possibly during my one month stay in korea)
but for now I want to share what I bought from the pokemon center today! I went to the one in tokyo (the mega store!) and I bought two of the blind packaged eevee time rubber straps!
I pulled out an umbreon and a jolteon :) I did not have a particular eevee that I wanted so I was very happy with what I pulled out.
here are pictures of them

Thank you so much for reading!

Hey guys! Quick sale. While on vacation at my sisters, I ended up finding a few Charizard amiibo at a local store so i snatched them up (one for me, 2 for sales!) i now have one left that i am looking to sell.
Also apologies to anyone who hasn't had their item shipped from my last auctions! I will be shipping everything on friday.

* Sales permission granted by dakajojo 7/2011
* I Ship from MI, USA.
* Feedback: http://feedback.pkmncollectors.net/feedback/view/herar/
* I accept trades.
* FIRST COME, FIRST SERVE. HOWEVER, I only give a 3 hour grace period. If you do not respond to my payment total in this time, your item will be passed on with no warning!
* I do holds for 24 hrs. 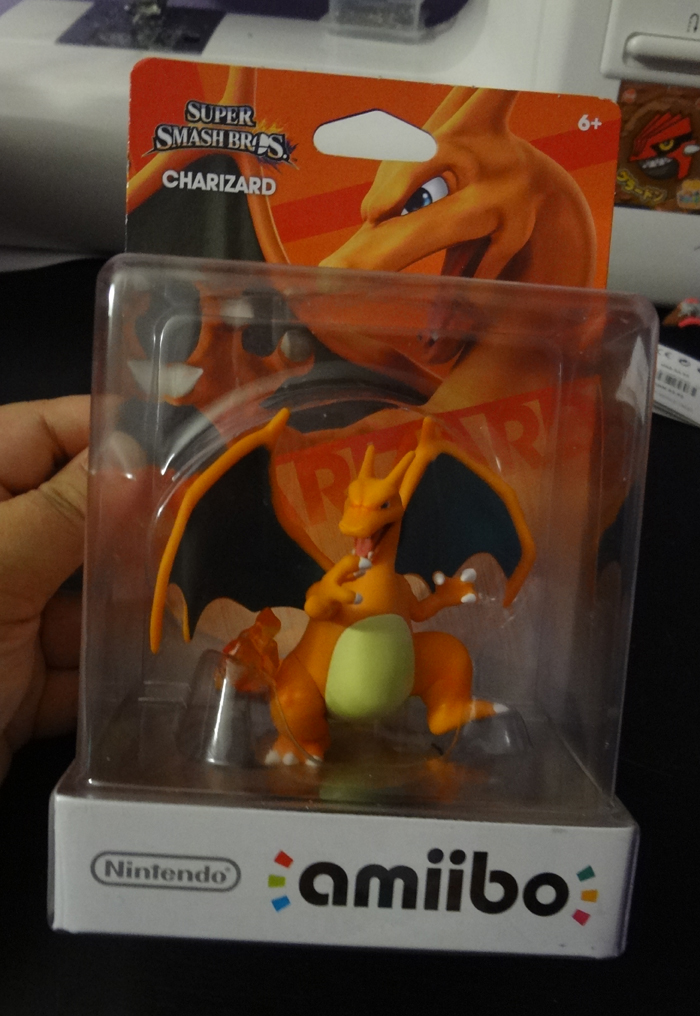 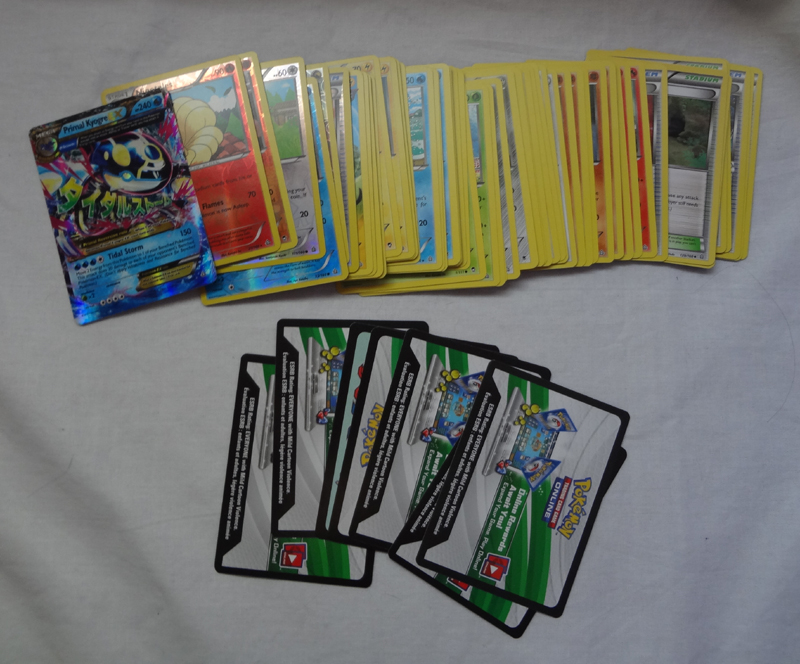 aaaand to make this post less boring, i got these 2 super cuties in the mail while i was away! 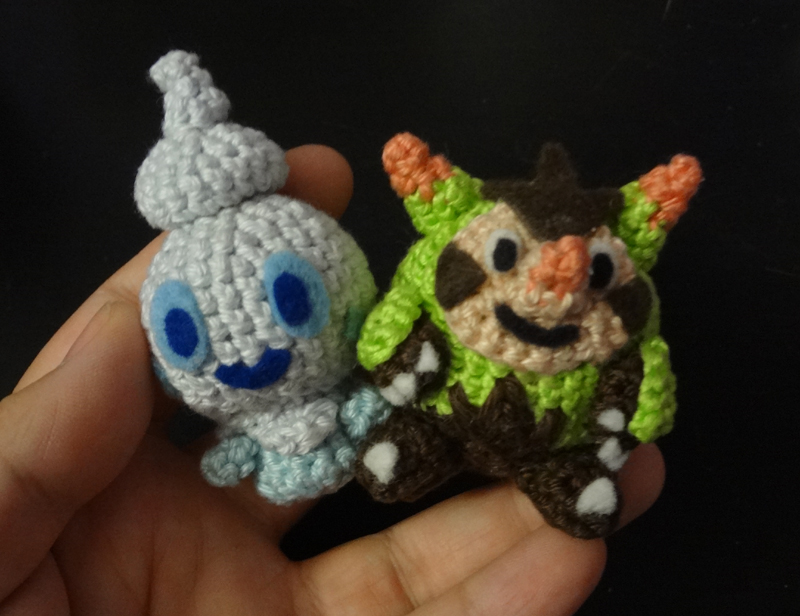 TWO TEENY BABIES. Look how small and adorable they are!! *___*
Collapse