Hello everyone! I just wanted to show off some of the TCG cards I've been getting over the past few months. I've been focussing on hunting down (relatively) inexpensive Gold Star cards lately, and I've managed to collect quite a few so far (without breaking the bank too horribly). Not shown here is also the Gold Star Charizard that I won yesterday and is being shipped as I post. 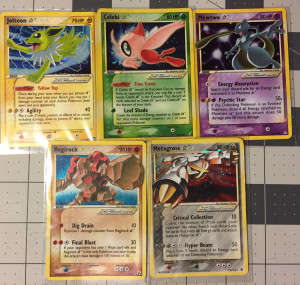 Also, I wanted to remind everyone that there's only one more week of my Cut Paper Commission Sale! Take advantage of huge discounts going on now! Slots close on Friday, July 31st!

Since most of the pokedolls from my auction weren't bid on, I decided to put them up for straight sales instead. Click the cut below to check up what's up for sale C:

I was granted sales permission on 3/21/15 by areica96.
Feedback: http://feedback.pkmncollectors.net/feedback/view/nosidamsucram/ 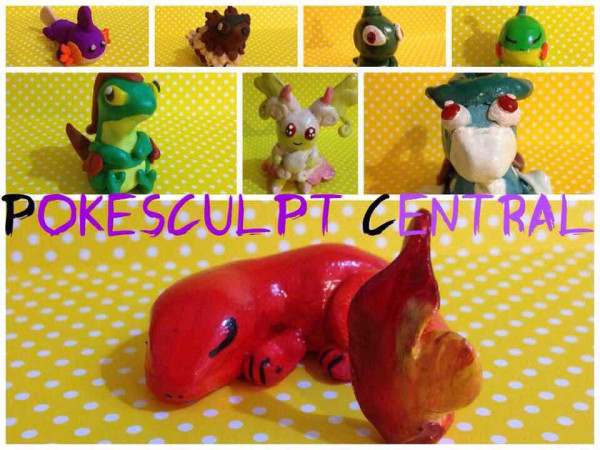 Hello everyone :) Today I bring a few extra Zoroark things as well as a Zorua pokedoll for sale, and some plush, hats, and tins up for offers! Here's a preview!

Also, I'd like to ask the comm a simple question. When it comes to Pokedolls, how do you pick between Velboa and Minky? I've noticed Velboa tends to keep its shape a lot better, but Minky is just so soft and I can't decide between the two (I'm also a very indecisive person). Also, which Lugia Pokedoll do you prefer? The original Velboa version, the Minky version, or the 2012 version? I postponed my hunt for the Lugia Pokedoll (and just as a bunch started popping up on the comm for sale too!) because I just cannot decide. The Velboa and first Minky one have stuffed thumbs but their faces are pretty flat while the 2012 one has a nice angular face but an unstuffed thumb. I know they're just minor details, but those small details are making it impossible for me to pick one XD

Also, in case I decide to get neither version of the Lucario or Lugia Pokedolls, I've been trying to find other plushes of them since I love both Pokemon very much and would like to have a plush version of them both. I stumbled upon a picture of this lovely beast

A Tomy Lugia Plush! He is so beautiful, but also an older plush. How much does he usually go for? I might start searching for one if it's within my usual budget.

Thanks for looking guys :) If I owe you feedback, I will be leaving it for you now. I've just been so behind on everything since my dog passed away earlier this week.

Bidding on this auction has officially ended. Thank you to everyone who participated.

Hey Everyone! I'm doing a bit of a sales purge. I have way too many sale items just sitting around taking up precious space, so I decided to start auctioning them off with some pretty low starting prices. :)

*Sales permission granted by entirelycliched on November 6, 2014.
*My pkmncollectors community feedback can be found here.

As with all my other auctions, there are a few rules to keep in mind:
( Collapse )

Please give these guys some love! I'm pretty sure they feel like the toys in the beginning of Toy Story 3, since I never play with them or give them much attention at all. X)

I am going to join chris_techno25 on the project of making TFG figures, and for this to happen I need some loose TFG bases (or cheap TFG figures). I prefer to buy loose bases as shipping for those will probably be cheaper as they can be shipped as flats!!

So today I received one of my most exciting Absol items I've ever bought! :D Behold, the incredibly beautiful and rare clear trading figure! :D

( Collapse )
It's nice to finally add some more Absol stuff to my collection haha! XD I've got a few more things to add once my Y!J package arrives that I'm really excited about, but I'll save that for another post haha! :)
Finally, I'm searching for a few small Articuno figures! :) I recently received my first metal Articuno figure (sadly arrived after I'd already photographed everything! XD) and I would really like to try collect the entire colour set of these figures! :) I'm not sure how many there are of them but I only have the gold one at the moment, so if anyone has a metal Articuno (or any other Articuno/Absol merch they'd like to sell or trade) please let me know! :)

Hi everyone! <3 I just wanted to make a quick wants post for some rarer pokedolls that I'm still missing. :) 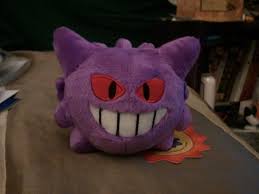 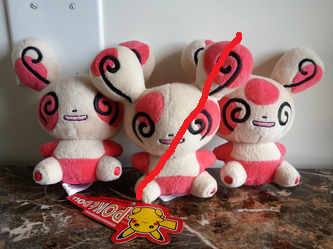 And the usual Sales Plug.

hello everyone! :D i am back around!~ i was away for like 10 months! (gasp!) for military stuffs. and i was just lurking for a little because i was chaning station and stuffs. anywho!~ i have moved to ... wait for it.... JAPAN! :D and since i moved lol i went to the pokemon center yesterday! (and spent more then i was planning too.... ouch lamo)
Anywho i have some sales under the cut <3 they are all just extras i got from my attepts to get vappy and sylveon stuff. (T^T got vappy but not sylveon)
well here ya go <3

Hey, everyone! I was wondering if any of you would be interested in buying this binder:

You can click on the pictures to make them a little bigger.
~It's in new condition, and its size is 11 x 10.5 x 1.75 inches. Please note that this is JUST for the binder. There are no sleeves or cards.
~I'm asking $20 plus shipping. Let me know if you're interested!

Also, here is a sales plug if you'd like to browse. I can combine this binder with anything you see there. 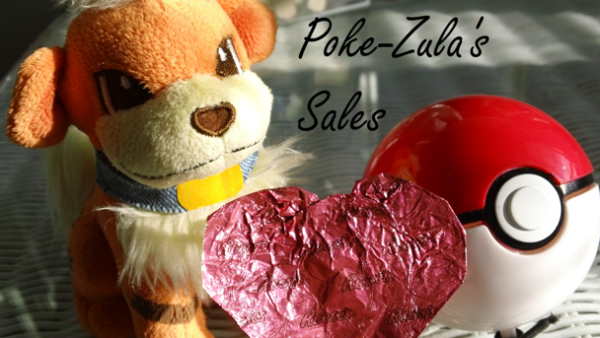 I feel like my collection is too big for me to afford, and being that I am also trying to save for a trip, its time for me to let some things go :(
Im happy that I can sell things here where my items can find happy loving homes!

Sales permission was granted by July 8, 2015 by SKDarkDragon
Feedback is here:http://feedback.pkmncollectors.net/feedback/view/0fabliau

Thanks for looking! I will check back when I can!

I've got a few promotional pieces from the first wave of the ILE line, and I'm gonna put them up for trade or offers for you lovely peeps! First, the necessary-

I was granted sales permission on March 14, 2015 by areica96!
You can also find my feedback here!
I'm looking to trade these items for any Latias or Latios stuff I don't have. My collection for them it still pretty small, so you're more than likely to have something that I dion't!

Now, the items in question. 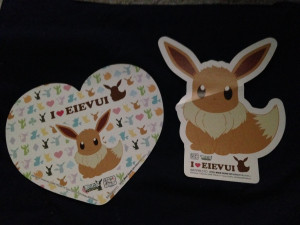 These were used as promotional pieces; stuck up to advertise in stores about the ILE line. The heart is in near mint condition with only a tiny rip (not even a rip, just a tiny bit of the paper was pulled off) on the back of it. It features Eevee and the (up to gen 5) eeveelutions in silhouette. Offers for it start at $10.

The Die Cut Eevee is in not as great condition; sadly it was like that already when my friend got it for me. He has a noticeable crease going from left to right, but is otherwise fine. Keep in mind this and the heart have tape residue on their backs, but it should'nt be a problem. Offers start at $5.

Hey everyone good evening (morning) whatever time zone you're at ^^

As always I lurk and purchase, but I never come to show my collection that often. I got myself a lot of new goodies since my last update. I did get a new package yesterday so thought I can share some photos of them.

Thanks for looking/reading happy collecting everyone. ^^

Next up I hope to update my Lati@s collection ^^

Sorry for posting so often lately, but I have some free time tomorrow after and the coming Sunday so I thought I would take some custom cookie commissions ^_^ 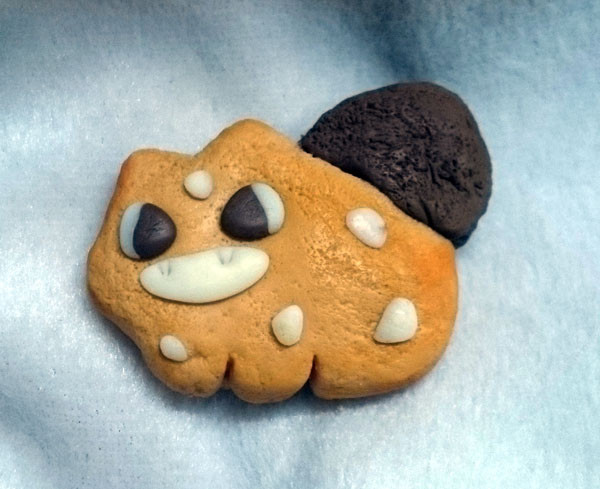 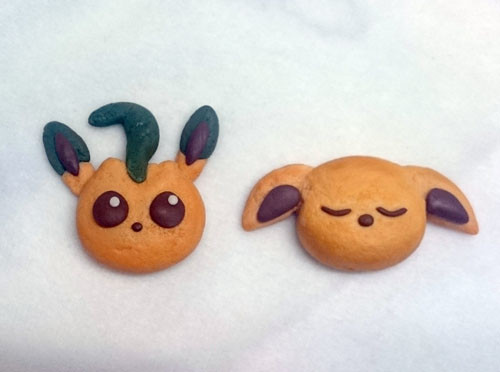 Sorry for the poor photo quality, I took the photos with my phone ^^; I swear they look better in person!
( Collapse )
Thanks as always!

Ready your wallets, this is a big one. Steiff is coming out with a Pikachu plush! In case you aren't familiar with Steiff, they are a german based toy making company that well, invented the Teddy Bear. Their plush are extremely high quality and each are hand made. For a reference point, the collaboration teddy bear with Hatsune Miku had a preorder price tag of 39,000y.

Edit: Looks like GSC will be in charge of the pre-orders so we can expect a high price tag similar to Miku. But good news is most of GSC pre-orders are not region locked which means people outside of Japan might be able to order him as well. 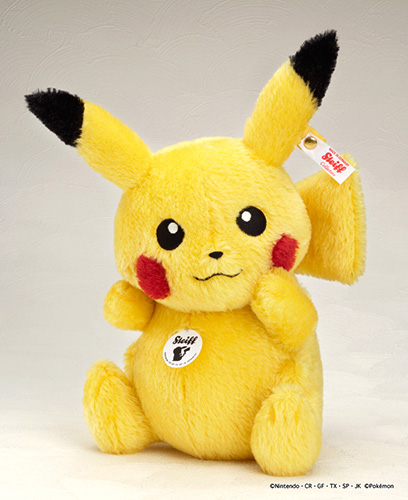 Also announced is a figure by MEGAHOUSE (correct me if I'm wrong on this) of none other than Jessie and Wobbuffet! I can't wait to see this painted. 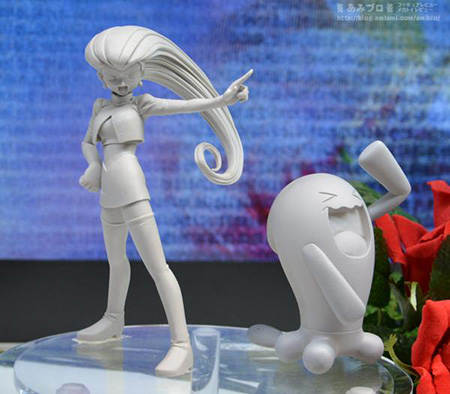 I'll be adding more pictures/information to this post once it comes out.

Hey everyone! Once again, long time no post. I moved into my own apartment recently so I got to rearrange my collection to my heart's desire! It's nothing too special but I just wanted to show it off:

My collection hasn't been growing a huge amount, but there was one plushie who I was excited to acquire recently:

Anyway, the main reason I'm here is that now that I have my own mancave, I'd love to have a bunch more Pokemon related things in it! Things like mugs, utensils, towels, lamps, things with practical uses or more intricate forms of decoration! I have no idea what kind of stuff is out there but if you're selling anything of the sort I'd love to take a look.

That's all for now. Thanks for reading!
Collapse