A bunch of new "Hip Pop Parade" items were announced this evening/afternoon, including several plushie items! (Big cushion for Swablu, as well as mascots, pass cases, and pouches for everyone!) There's also squeezy magnets, boxers, clearfiles, and more! :o

I've added the items to my October claims post, so feel free to check it out. As always, I encourage everyone to place their orders (wherever you may be getting your items from!) BEFORE the release date. Promotions at the Pokemon Center have been selling out very quickly, and third party sellers sell them for a lot higher after the fact. :( Don't miss out if you really do want something!

Hi all! I’ve finally come to the conclusion that I’m done collecting. Nothing dramatic or anything, I’m just not that into it anymore. I still love Pokemon and I’m sure I’ll still be checking the community for new fun merchandise but I’m more into functional things now, like cups and pens etc.

It's been an exciting journy and I want to send a big thank you to everyone who helped me along the way, your kindness is not forgotten <3

I’ve kept a few things, like customs, and a some items that I really like, but the rest is up for auction.

Please read my auction rules as they are slightly different than normal! 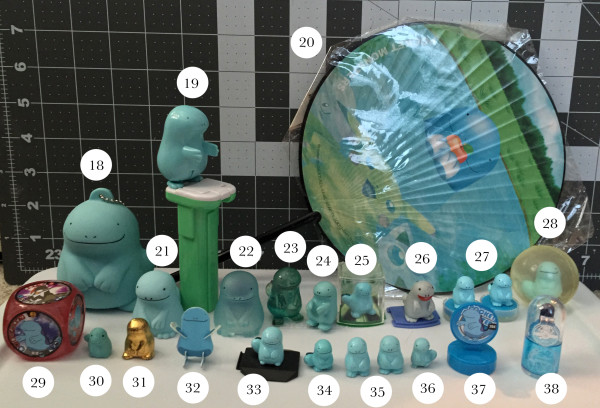 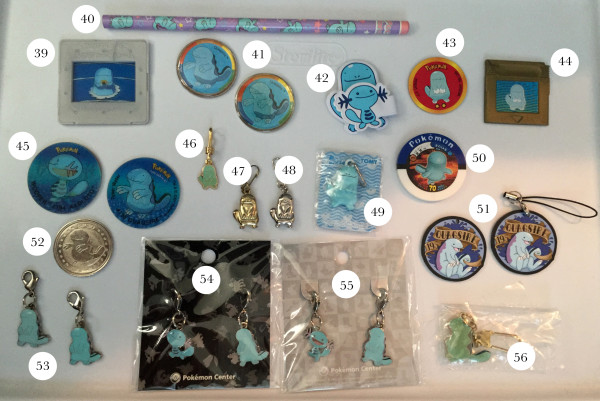 I have added these two items to my sales post:

Here's a link to everything else, I can consider haggling for some items btw:

Have a good weekend everyone!

Hey hey!
Have a good weekend to you all already, friday is the best day of the week, isn't it ? :3

Well, I was that lucky to find an official Pokemon Notebook A5, like in this pic:
(The inside is below, also with a zigzagoon <3 so precious!!!) 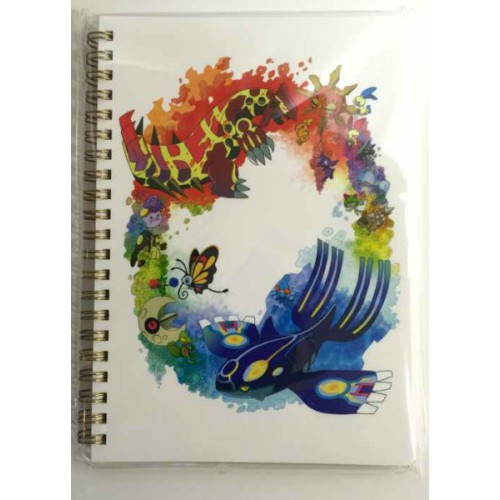 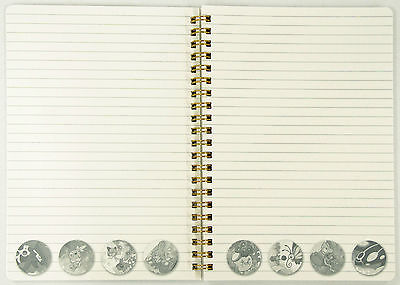 I know there are more items with this print, like the clear file of it: 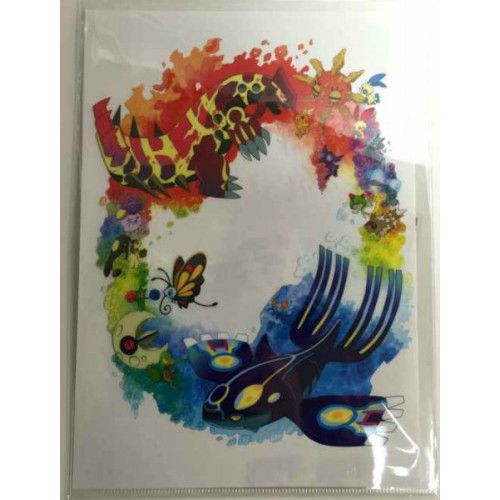 Does anyone have this for sale? Or do you know some other items with this print?

They are more than welcome, thanks so much for reading!

Anyways, here is also my wish list :3 If you happen to have something, it's so welcome!! :D Im looking for those items daily!
~~WANTS~~

Have a nice weekend guysss!! <3
~linameerun

I've been debating ordering a box of Blue Shock since the XY8 sets were announced, but I was really hesitant since I don't have any interest in Glalie. If I buy a box and pull either of these cards, would anyone be interested in them? You won't be forced to purchase/trade for them if I pull them, but I'm seeing if there's any possible interest so I'm not stuck with them.

I HAVE DECIDED NOT TO ORDER A BOX OF BLUE SHOCK

Is anyone buying Blue Shock box(es) and willing to sell singles? I'm interested in about 40 un/common and holo cards from the set. And the only RR card I'm really interested in is Zoroark BREAK (though I wouldn't mind some of the Mewtwos).

If anyone is interested in any cards from Red Flash, feel free to let me know and I"ll let you know if I pull an extra. I ordered 3 Red Flash boxes hoping to get all the Houndooms, so it's likely that I'll get duplicates of at least all the common, uncommon, and rare cards. Not sure about RR, SR, and UR cards. I'm already looking out for cards for

Also, I'm getting prepared to do a flat sales post next week (stickers, topps, flipz, lamincards, coins, sleeves...pretty much any flat except TCG), so if you have wany particular wants, feel free to send those to me and I'll check if I have anything beforehand.

I haven't posted one of these in a while, but these gets were so amazing I couldn't help but share them.

Thanks for looking and have a good Friday :D

None of these are official merch but I wanted to show my pokemon T-shirt collection which has steadily grown! (my personal favourite being the sharpedo tornado) Sorry they're quite wrinkled, I can't say I've ironed anything in my entire time being a student @w@

I'd love to see other peoples shirts too! So feel free to post some pictures!

Hey guys! It's been a long time since I've posted on here but I've been lurking about when I's not busy with college and work :) unfortunately after I moved into my new place, my shelves were forgotten in the packing so my Latis have been boxed away :( but alas I have a collection update :D 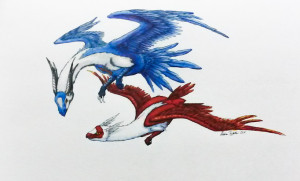 ( Collapse )
Anywho that's all for now :) feel free to use any of these pictures for wants and whatnots :D

Hey guys! I hope everyone is doing well. I just wanted to ask a quick merch question! Kid figures: are there clear figures for the sets that ducklett/swanna/pumpkaboo came from? I'd like to look for them, but not if they don't even exist! Same goes for the shiny variants :)

Hi! I'm Amelia, I'm 18, reside in the US and I'm starting my first year of college. I've honestly been wanting to join the community for years but never really worked up the courage/knew my way around LJ til now! I've been a Pokemon fan my entire life but my love for it increased when I picked up my first game Pokemon pearl! I'd say my top 5 favorite Pokemon are Cradily, Froslass, Ambipom, Mantine, and Floatzel.

Onto wants! (only a couple atm) I've been wanting these two mystery dungeon sets for a super long time and I would be so incredibly happy if someone was willing to sell them to me. 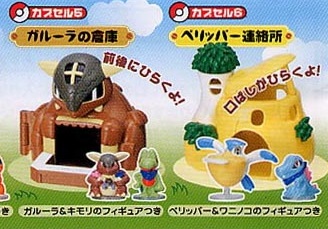 I really need to get rid of my New Years 2014 Chespin and Froakie cushions, they're taking up too much space in my room, so I've slashed the prices!

Along with my sales, I also wanted to add a plug for my wants! 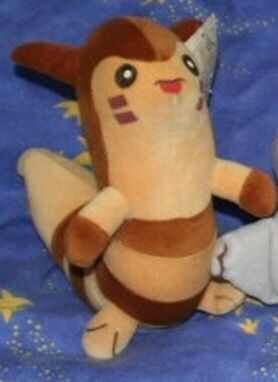 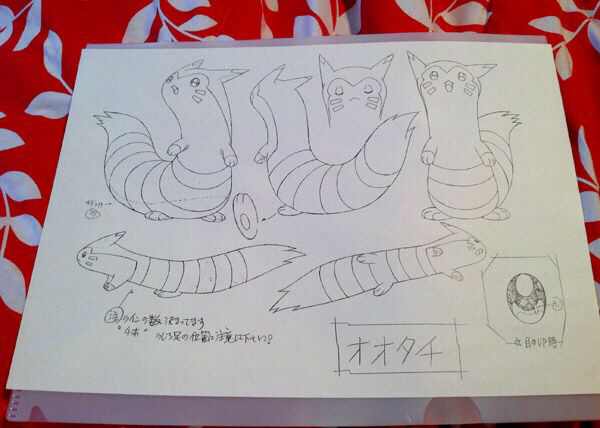 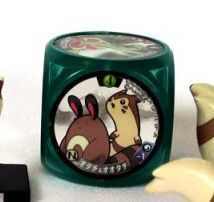 - Basically any other item that has a Furret on it. Flats like book pages or pogs or stickers, tins, whatever. Literally, anything.

OR if you can provide me photos of items that have Furret on it so I can add them to my wants, that would be great :)

Hey all.. I was going through the list of metal figures that I know exist and I realized that quite a few of my favorites were never made into metals.. or if they were I havent come across them.. so i've compiled a list of pokemon I WISH were made into metals.. if by chance any of them were and you've seen them then pleeease let me know! Im also still looking to buy metal figures if you have any

annnd a link to my sales
http://pkmncollectors.livejournal.com/20062161.html

Happy first Friday of fall~  🍁🍂 it’s one of my favorite seasons and the season of food! Chef Pikachu is in the mood to make fall treats for everybody to enjoy. 🍮 Momiji manjuu, moon cakes, and macaron, etc~ 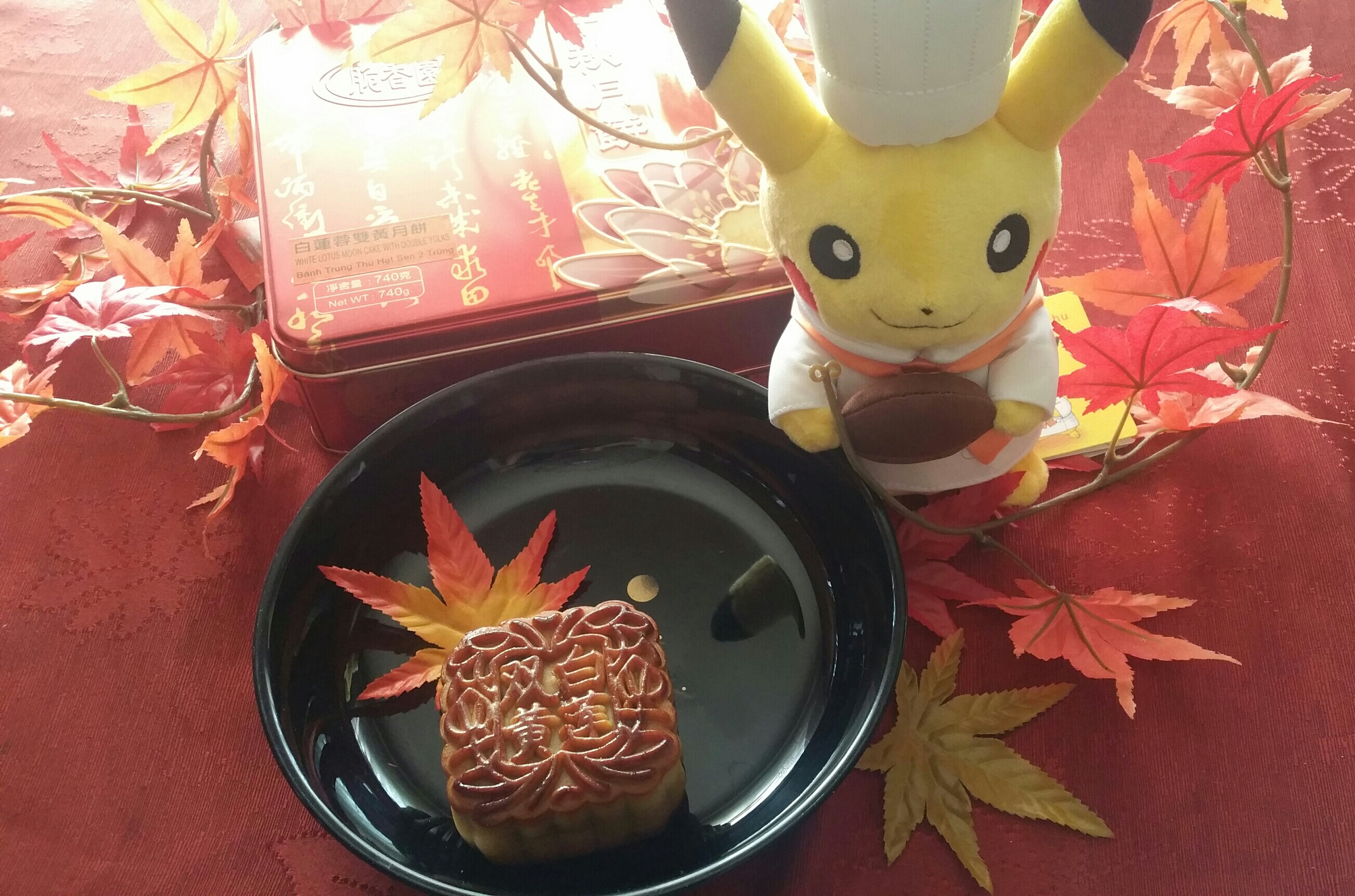 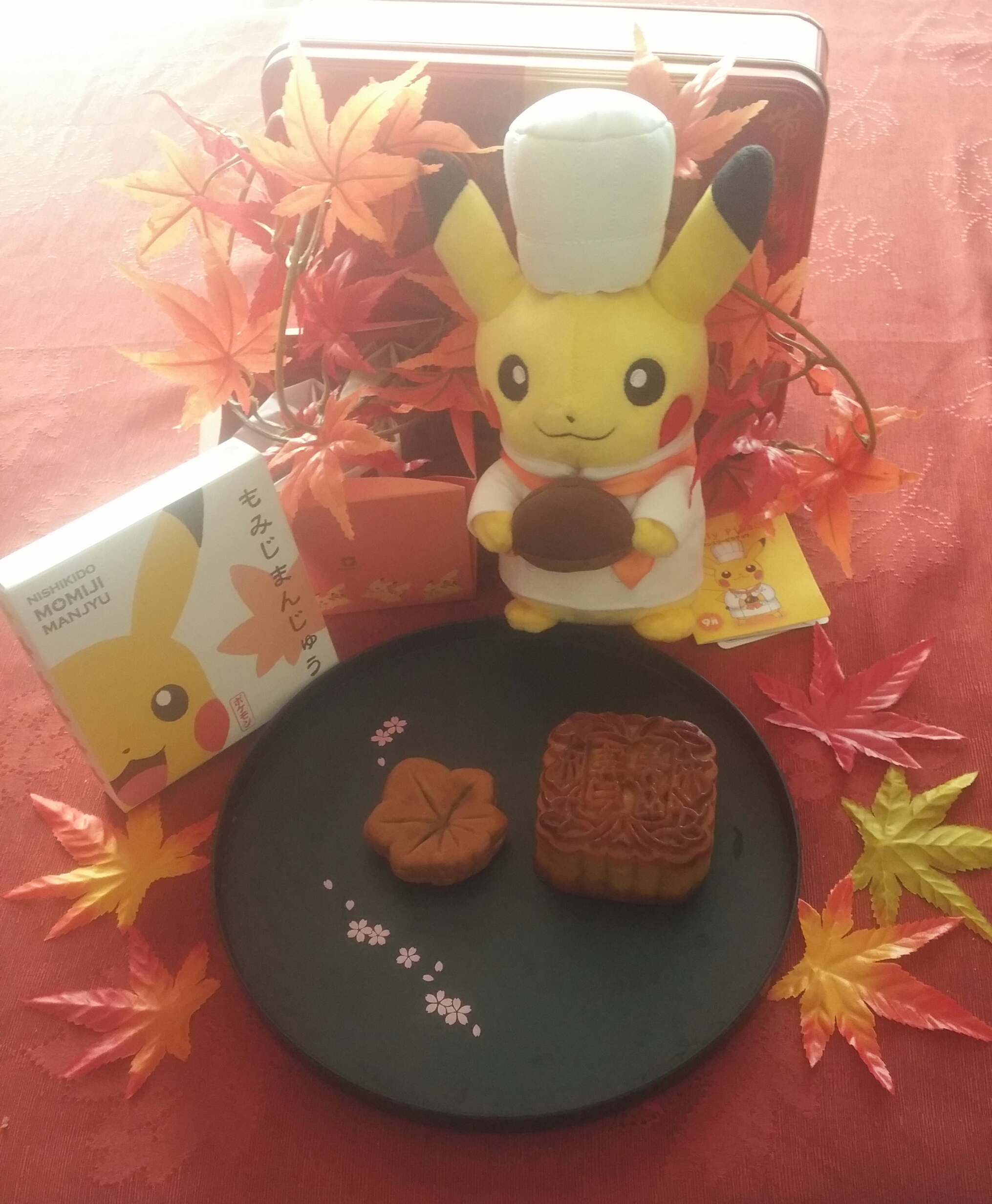 Also Happy Mid Autumn/Moon Festival this weekend! I can't wait to eat more mooncakes with my family! Chef Pikachu made momiji (autumn leaf) manjuu and mooncakes to eat. :3 You can see more and larger pics on my tumblr here. 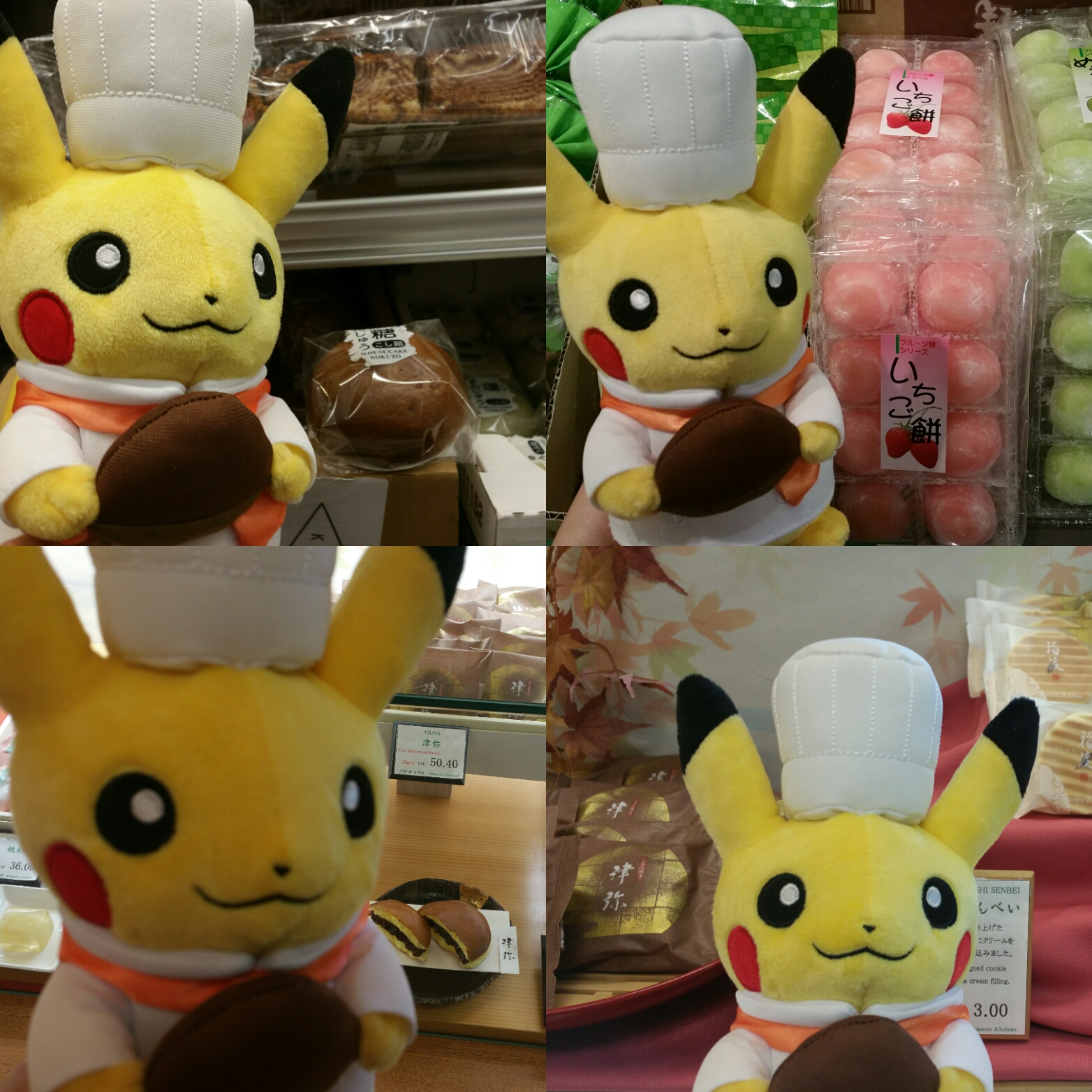 ( Collapse )
I love fall for food and sweets such as manjuu, moon cakes, macrons, and anything pumpkin spice and apples! I still need get some roasted chesnuts and Japanese chestnut sweets to try. Chef Pikachu is holding a chestnut. xD The season of delicious food has arrived! :D

Hi everyone! Just a reminder about my previous post, where I'm auctioning a Shadow Lugia pokedoll. Bids end tomorrow (Saturday) night at 9PM! 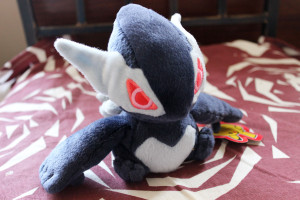 Also a reminder that I'm selling some very old 1:1 plush on my sales post.  They are now being reduced to being FREE + shipping. Basically just ask me what the shipping cost will be and I'll send any of these plush to you. :') I already have boxes for them! I just want them to find good homes. 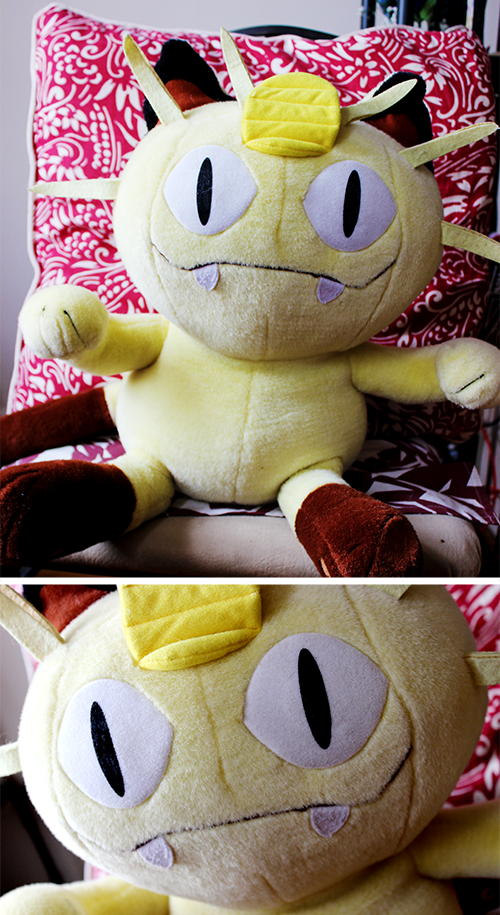 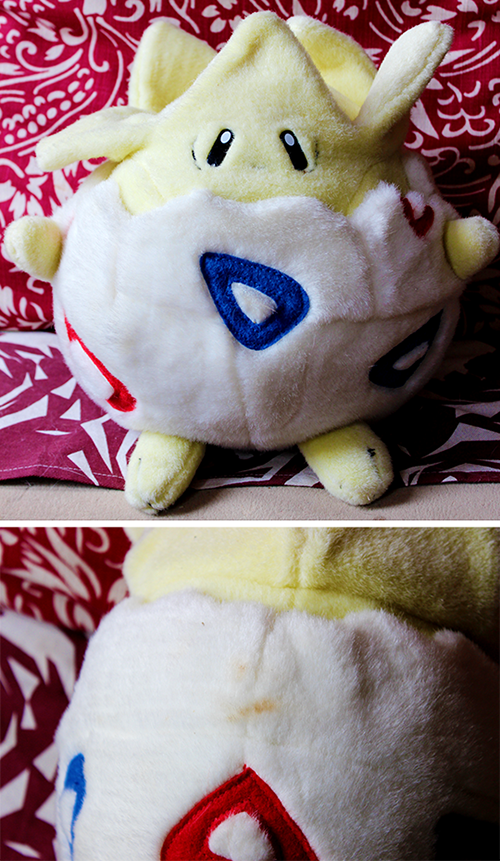 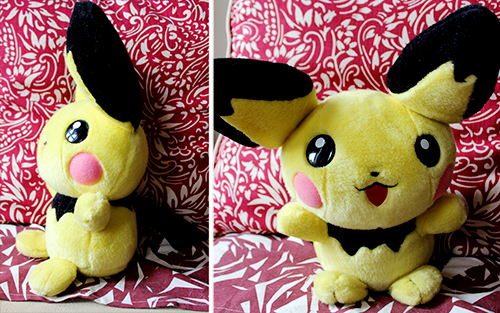 Hello again! My birthday just passed, and I got some new Pokemon stuff!
(for the love of god I hope the cuts work correctly)
So lets get this out of the way first!
( Collapse )

I am also going to put some things up for trade! I have cards, stickers, plushies, figures, card tins, and some other stuff!

Especially looking to trade this Sylveon for a different Pokemon Time Eeveelution!