I was wondering if anyone will be buying Korean boxes of XY8 (Red Flash or Blue Impact) booster packs? I bought 3 Red Flash and only pulled one of the four Houndoom cards, so I'm looking for the Mega EX and the two FAs. And, I bought one Blue Impact box and didn't pull a Gengar holo (I think I also need Typholsion). I might also need others, but those are the ones I'm especially looking for.

I didn't do a Livestream for the opening, but here's some pics of my pulls - 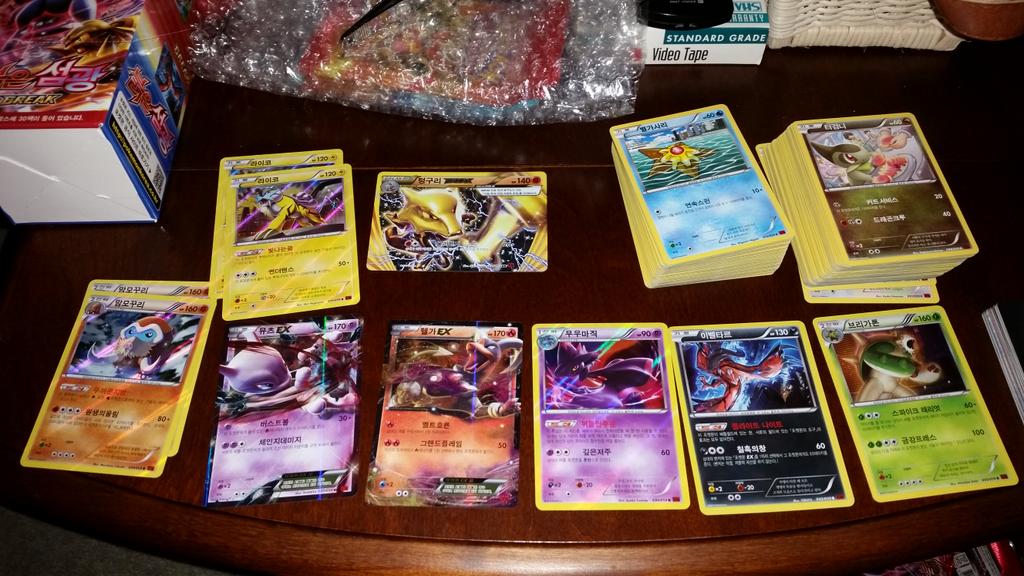 If you're interested in anything from the photos or any Japanese XY8 cards from the same two sets, feel free to let me know. ^^ Duplicates and ones of Pokemon I don't collect (*cough Glalie cough*) for for trade/sale.

I'll also be looking for the four Houndoom plus the Houndoom Spirit Link cards in any language BreakThrough is released in. I'm ordering an English booster box. And I think I have French and German covered (I hope), but help with other languages would be awesome. I think the set is also releasing in Spanish and Italian...not sure about other languages.

Also, since I probably won't be posting again before Halloween. Here's my pups from last year when they were Pokemon puppies. They're Justice League characters this year. - 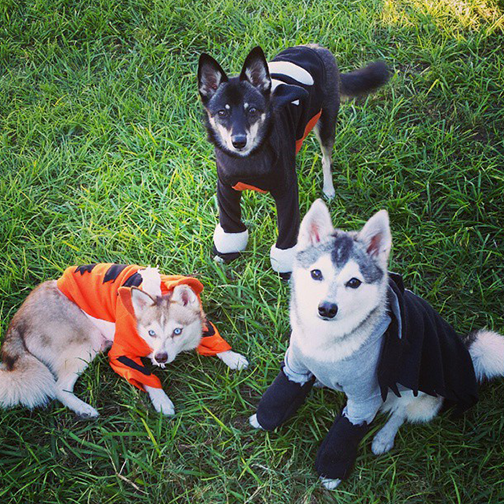 And, I still didn't finish my bulk card buyback so if anyone is looking for particular English cards (especially un/commons) please let me know. Otherwise they're going to a local card store so I don't have so many extra cards.

P.S. The 4 packages I have to send should be sent later this week. Sorry for the delay. October has been...crazy. x.x

Haha, anyways, hey y'all! I'm SpunkyBandy the newest member of the PKMNcollectors crew!
I am a novice, in collection cool Pokemon figures of every character and form in the games and do love to chat!

Now, I would love to show off my collection but, me and my family are in the process of moving to another house until December 16th, so I'll make a post eventually about my collection!

Anyways, thank you so much for having me here as an official member of the community, I'd love to meet you all and buy some stuff from you guys! :D

Today is an exciting day!! I have a few new things to show you today, and a few amazing things sitting in SMJ that i will show next time! ;D

Next up, AUCTIONS! (ﾉ◕ヮ◕)ﾉ*:・ﾟ✧
Here is a little preview: Just a quick post. I know kidgengar recently posted about these snacks. I had ordered myself a couple packs in hopes of getting Noibat but that is no longer an issue thanks to kidgengar. I wanted to share the pokemon I got to give a better idea of who all is included in these.
Bag lighting due to rain, sorry. 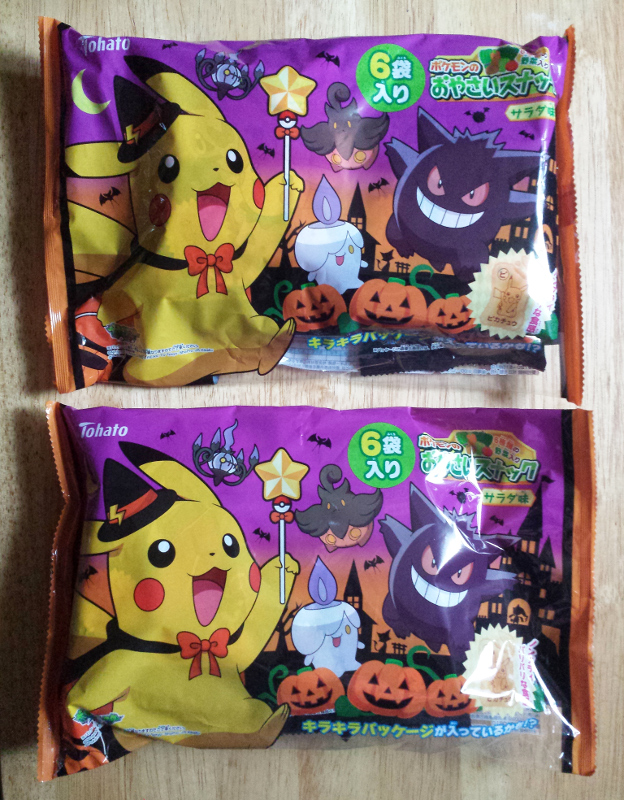 Hello comm <3
I have some cool Eeveelution updates! My fav's are Jolteon and Umbreon and I had to wait so long to make an update... I have still some items on the way to me haha. But it would take 1-2 weeks <.< No Absol's today! :D I want to make a seperate post soon. So here we go! 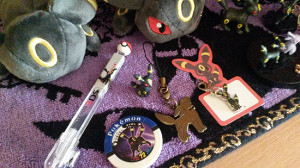 I plan to post a main collection update... I will get some new cool stuff^^
Thanks for reading guys!

Hi everyone! I just made a trades post! It mostly consists of plush & pokedolls. I'm looking for gen 1-3 pokedolls and flaaffy merch but I'll look at all offers!
Click this beautiful banner (thanks

Also, if anyone could take a look at the rules section and let me know if I'm missing anything - I'd appreciate it! <3

Hello everyone!
I have a couple of quick wants that I'm looking for. :3

First off is a Jolteon Jakks figure. I have had CRUMMY luck trying to get this guy! I've lost multiple auctions and even had one that I manage to secure get lost in shipment! >.<
He is the last Eeveelution Jakks I need and I would LOVE if anyone could let me know if they have/know of one for sale. 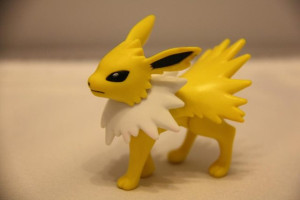 The next thing I'm looking for is a bit odd- I'd like to get a hold of some TCG wrappers, just the wrappers. But I wouldn't be opposed to an unopened pack. I'm interested in any wrappers featuring Eevee/lutions (Especially the Flareon wrapper below)! 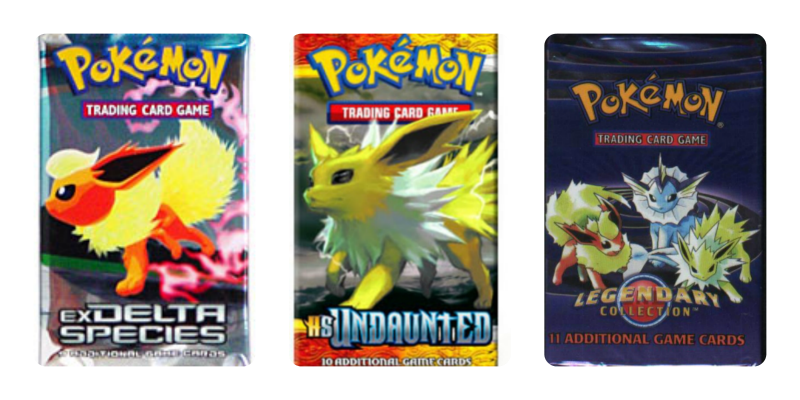 Last is a Leafeon Pokedoll. I'm not picky on release or tags, but I'm hoping not to spend more than what I did for my other Eeveelu Pokedolls. If you have one for sale please let me know! 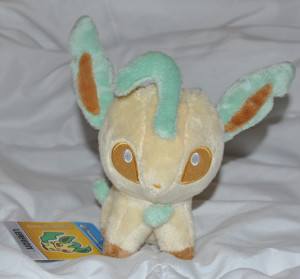 Next up, I finally made a trade post!
YAY ~*confetti*~ 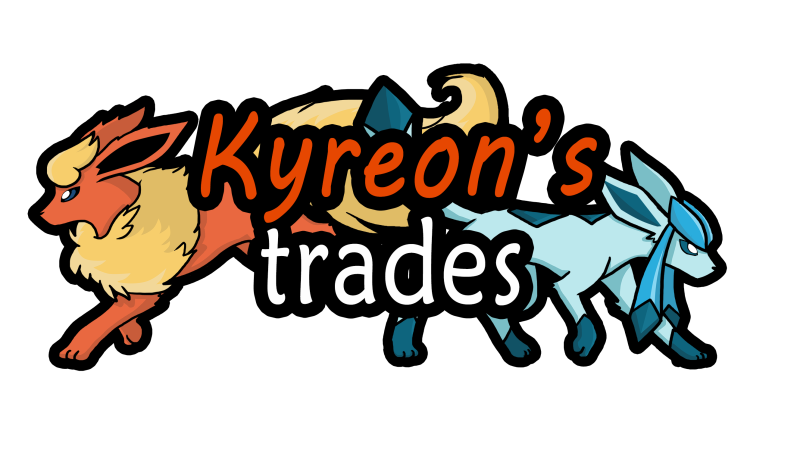 Hi everyone! I've got loads of items up for grabs, but instead of adding them to my sales post, I'm going to sell them this way :D

All you need to do is tell me what pokemon / items you're looking for, and I'll have a search through my stuff and respond with a photo! :D I have loads of stuff, cards, figures, plushes, flats , pogs, tretta etc. Just let me know what you're looking for! I'm more than happy to help!

I'm also looking to trade! If you have a trades post please link me to it! :D

Sales permission granted by areica96 on 1/08/15, and here is my feedback: http://feedback.pkmncollectors.net/feedback/view/miss_minccino/

Also, quick want, I'm looking for this Buizel / Floatzel zukan <3 Shipping is to London, UK. Can pay with paypal, or (preferably) trade! :D

(If this is your photo and you dont want it here, let me know and I'll take it down!)

Also, quick sales post reminder because why not XD

Hi all!  It's been so long since I posted.  Schoolwork got in the way and now I'm a few collection updates behind, but no matter!

bubble_rhapsody for the longest time, and I finally had the chance to for my birthday a while back.  Her Pokedoll style's so cute that I couln't resist getting my favorite Pokemon done in her style.  Needless to say, I'm overjoyed with how it turned out!  Without further ado, presenting... 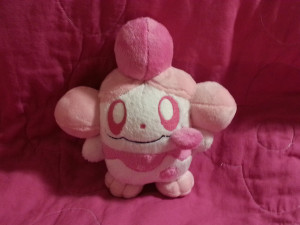 Isn't he a cutie?  Here he is with my Swirlix Pokedoll. 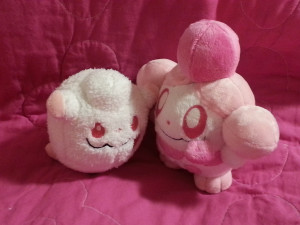 Along with my Slurpuff Pokedoll, I got another very exciting get on my birthday.  What is it? 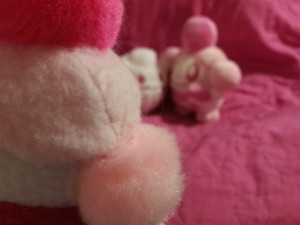 It's been a while since I posted for the last time. I was going to post a giant collection update which included a big package full of Sylveon figures, but a problem happened and instead of sending me the figures I ordered, the seller sent me 7 Sylveon TOMY figures. Ouch ! I will try again soon, but I'll post a collection update once the Kuttari plushies will arrive in the mail !

So, I found this picture of a Glaceon kid today. 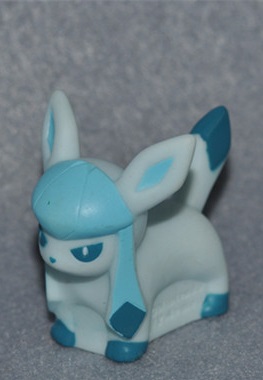 I can't really tell if it's a regular or a shiny kid, because its colors seem kinda odd. Do you know what is it, please ? Thank you !
Collapse